South Philadelphia is not the only the neighborhood to get Philly’s famous steak sandwich. Hidden within the Northeast’s sprawling landscape of mini shopping malls you can find five cheesesteaks that rival their South Philly brethren, like, Jim’s, Geno’s, Tony Luke’s and Pat’s.

“This is my top place,” said customer Caroline Chile after eating her lunch. “I love it. I never had a complaint.”

Located at Red Lion Road and the Roosevelt Boulevard, Northeast residents need not to travel far to get a great cheesesteak according to Juniata Park resident Carl Petty.

“There are plenty of good establishments up here in the Northeast area,” Petty said. “As far as I’m concerned, there is no reason to go to South Philly just to get a good sandwich.” 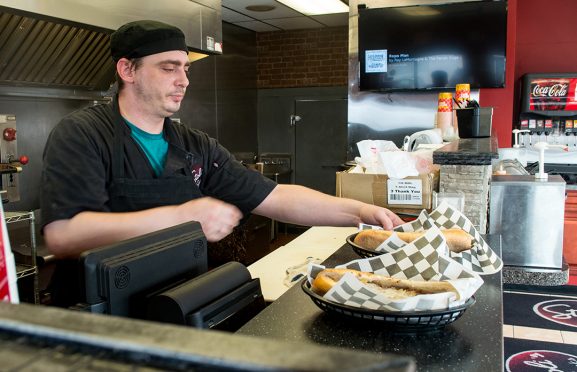 Opened in 2016, the word about Stoli’s Steaks is getting around.

“I heard about the place from some friends on Facebook,” said Lauren Gurk, who brought her boyfriend Edward White to see what all the buzz was about.

Stoli’s Steaks is located on the corner at Bustleton Avenue and Byberry Road in Somerton. White’s has another steak shop of choice, but he had his first Stoli’s steak sandwich recently. 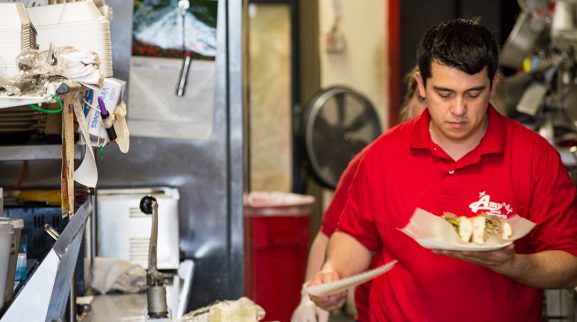 Hidden away in the Bustleton-Somerton Shopping Center along Bustleton Avenue is Amy’s Pizzeria. Opened in 2015, it’s a shop that boasts a massive half-pound cheesesteak for its hungriest eaters. Mike Carel, a native of Somerton, said he eats at Amy’s Pizzeria once a week. His sandwich of choice is a cheesesteak with extra American and Provolone.

“The cheesesteaks are pretty good up here [in the Northeast],” Carel said. “As long as you cook it right, and you have the right rolls, you can’t go wrong.” 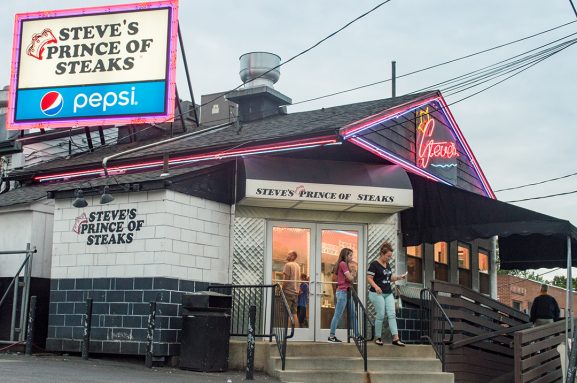 Sliced steak, fried onions and a whole lot of wizz is what to expect when eating at Steve’s Prince of Steaks. Originating on Bustleton Avenue in the 1980s, Steve’s reign has grown to include locations in Langhorne, Center City and a second Northeast location on the corner of Comly Road and the Roosevelt Boulevard. 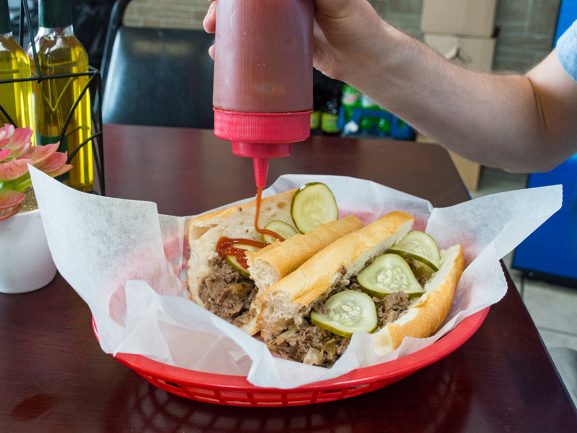 -Text and images by Robert Fogarty and Kristof Phillips

On the first night of June, residents from Powelton Village and Mantua attended a cooking class at Drexel University’s Dornsife Center for Neighborhood Partnerships, at Dornsife’s Community Wellness Hub. The cooking instruction was led by Alyssa [continue reading…]

Ten individuals share their personal experiences of losing their job during COVID-19. They talk about the difficulties applying for unemployment, their day-to-day lives without jobs, and the anxiety they felt when restaurants reopened for outdoor dining. [continue reading…]

President Tim Hitchens of the Hawthorne Empowerment Coalition was very involved in his community while growing up, and had a natural inclination to help neighbors. While living in the Hawthorne section of South Philly as an [continue reading…]