Just off of Main Street, the section of Lock Street stretching onto Venice Island bears a sign, which dubs it as “Kay Sykora Way.” Jane Lipton, executive director of Manayunk Development Corporation, petitioned to have the section renamed in Sykora’s honor, and said the word “way” holds a special significance.

“It was really appropriate. She found a way,” Lipton said. “She made a way.” 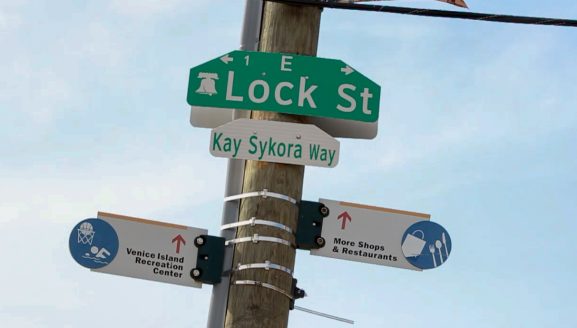 Lipton is referring to Sykora’s role in the development of the Venice Island Performing Arts and Recreation Center, which opened in October 2014. Sykora, who was executive director of Manayunk Development Corporation (MDC) since it was first staffed in 1988 through 2006 and has been project director for Destination Schuylkill River since 2006, had been a strong proponent for the center for decades.

“We always felt there needed to be a venue because performing arts is a wonderful educational tool for kids,” Sykora said. “It’s also a good cultural tool if you’re trying to expand a commercial district and give more depth to it.”

Sykora said finding funding for the theater was a struggle until the early 2000s, when the Philadelphia Water Department began a project to put a four million-gallon tank for capturing sewage during high-water events under Venice Island, which is a sliver of land separating the Schuylkill River and Manayunk Canal. Because an outdated playground and recreation center already existed on the island, the water department sought the opinion of Sykora and her colleagues. Sykora saw an opportunity.

“They wanted to do something that would please us and we said, ‘Oh, how about a theater?’” Sykora said.

The water department moved forward with the idea, and now Venice Island boasts a 250-seat theater, ideal for events like dance and musical performances, plays, lectures and community meetings. The center also includes a space for outdoor performances and a basketball court.

Like the center on Venice Island, Sykora has been involved in a vast number of projects along the waterfront of the Schuylkill River, such as the artwork on the steps on Fountain Street, which connect Umbria Street to the Manayunk Towpath, and underneath the Fountain Street Bridge.

“I just like art as many places as it can be,” Sykora said. 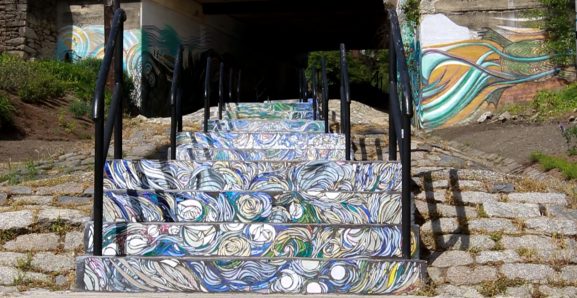 The ribbon-cutting ceremony for the completed project, which was a joint effort of Destination Schuylkill River, Umbria Street Neighbors and Ivy Ridge Green, took place in September 2015. It features the mosaic work of Beth Clevenstine and murals by Paul Santoleri.

“(Santoleri) goes well beyond the money that he gets,” Sykora said. “You can just see the exuberance in his artwork. He really took it pretty far.” 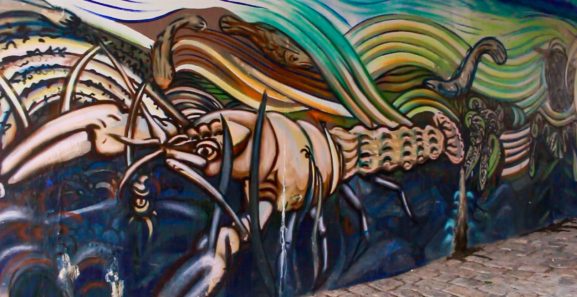 Another project Sykora planned and advocated for is the trail on the iconic Manayunk Bridge, which opened in October 2015. The bridge was converted from an abandoned piece of the railroad into a trail for walking, running and biking. It created a path from Manayunk to Lower Merion and it’s also a link in the Circuit Trails, a proposed 750-mile network of trails in the Philadelphia area.

“I’ve always believed that trails are important to this area,” Sykora said. “If you’ve ever been to Europe, you realize how well-used they are.” 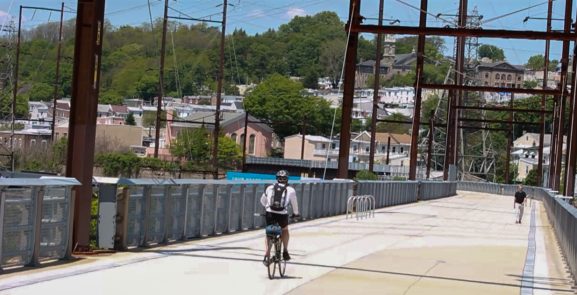 The process of converting the relic of Philadelphia’s industrial era into a trail began about five years ago. Sykora credits the project’s prompt completion to the cooperation between her group and other organizations in Philadelphia and Montgomery County, including the William Penn Foundation and the Delaware Valley Regional Planning Commission.

“I’m just amazed it got done and amazed that everybody loves it so much,” Sykora said. 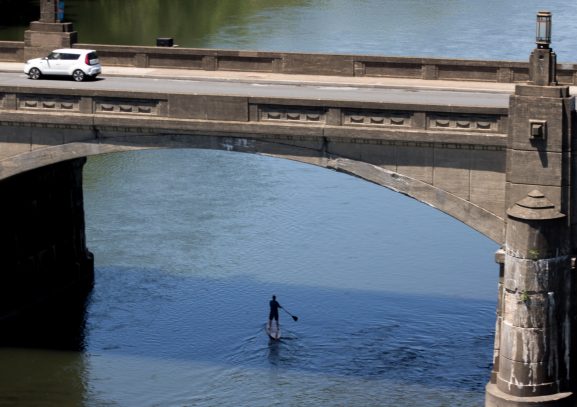 Lipton, who became executive director of MDC in 2009, said she believes that Sykora’s role in the development of the Manayunk Bridge Trail, as well as the other aforementioned projects, was crucial.

“She’s determined. She’s patient,” Lipton said. “And I don’t think a single one of those projects would have actually happened if Kay hadn’t continued to persevere.”

Sykora stressed the importance that projects like these are always a group effort.

“I have the opportunity to be in the middle of some of this stuff, but if other people don’t have the same kind of interest, these things aren’t going to happen,” Sykora said.

Kevin Smith, president of the Manayunk Neighborhood Council, which is a group that works closely with MDC, agreed with Sykora that cooperation is vital, but emphasized that Sykora has been essential in completing many projects, like the Manayunk Bridge Trail.

“Nobody did the bridge themselves, but somebody made sure people stayed interested. Somebody interfaced with Montgomery County. Somebody organized a meeting with SEPTA,” Smith said. “She had that role of keeping people involved and keeping the ball moving.”

https://vimeo.com/24759811] Several years ago, John Kerwood was struck with a chemical imbalance that stripped him of his job as a mailman and left him battling clinical depression. But now, with the help of the North [Read More]

Roxborough: The Progressive “Sanctuary of Peace”

Mishkan Shalom was founded with the intention of providing exactly what its Hebrew name declares – a ‘sanctuary of peace’ for individuals from diverse backgrounds to join together as a unified community. The congregation originally [Read More]

In case you missed it, we found a few places where people were talking about things happening in Port Richmond: Princess bringing Happiness To Port Richmond and Beyond: Port Richmond native Kennedy McCabe works with [Read More]