After a traumatic accident, doctors told Dave Scarpello he would never walk again. The Manayunk native who has lived in the area for 32 years, proved them wrong. He ran in the Broad Street Run this year, spent his days on disability participating in running clubs, started the Roxborough Manayunk News Facebook page and became a recognizable face to anyone that steps on Main Street.

How did your interest in running start?

So, I got carjacked and held up, and now I have post traumatic and back issues. I had three back surgeries in ‘92, ‘94 and ‘97. In 2003, I was stopped at a red light, and I got hit by a drunk driver from behind. When I woke up in the hospital, they told me I was in an accident and I was never going to walk again. They, like, brought me a wheelchair catalog and asked me to pick a wheelchair. And I was like, ‘no, I’m going to walk.’

Today, Manayunk Beer Runners is my main running club, and I probably run with about five or six others. 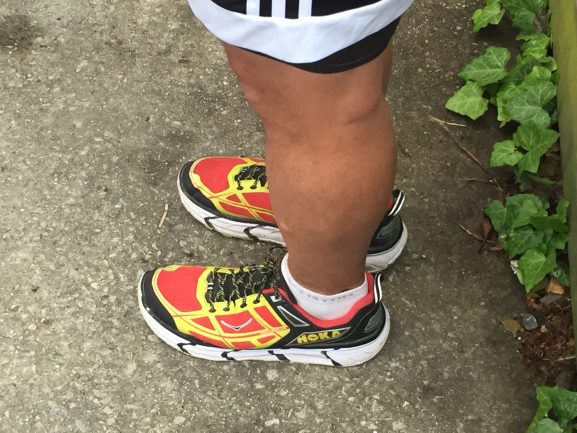 What’s your favorite place to run in Manayunk?

The towpath. I can run all the way to Norristown and just turn around and run back because it’s flat and it’s quiet.

You run the Roxborough Manayunk News Facebook page, which has more than 7,000 members. How did that page start?

Well, most of the local social media pages were horrible. There were people cursing. There was so much racism. It was just a free-for-all because, you know, people get behind a keyboard and feel like they can say what they want. And I was like, this is no good. Someone should make a more professional page and monitor it. Then a week later, I just did it myself. 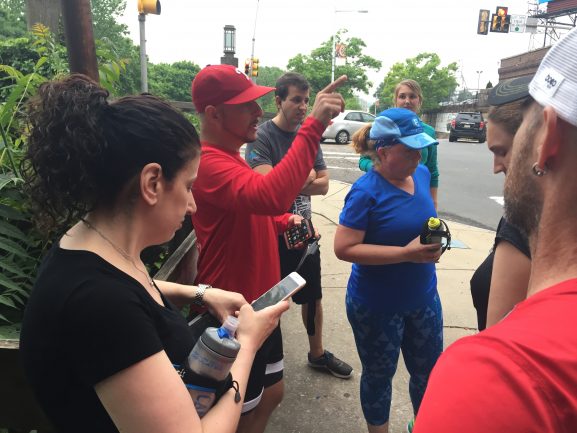 How have you seen Manayunk change in recent years?

I’m different than a lot of longtime residents. I think it’s better now than it ever has been. I went to St. Lucy’s grade school on Green Lane, and my mom worked right across the street for a plumbing/heating supply company. In the early to mid ‘70s, it was so bad here that when they left her alone on a job, they would make her lock herself in. You’d have to knock on the front door to get in the business. More than 50 percent of the storefronts were empty. It was not a nice place like it is now.

What makes Manayunk different from other neighborhoods in Philly today?

Everything is so close and we’re right in the middle of being too congested downtown and being in the suburbs. It’s almost like we get the best of both worlds. And all the steps. The steps are the main thing. I don’t know any other part of the city that has steps like here.

Besides drinking, what are some activities people of all ages can enjoy in Manayunk and Roxborough?

Pretzel Park has a lot of family events and Gorgas Park in Roxborough. There’s so many good restaurants, like, you can never run out of good places to eat. Venice Island has the theatre and so many people don’t even know, it’s a 250 seat theatre inside of there. It’s beautiful inside and they have live plays and musical acts. 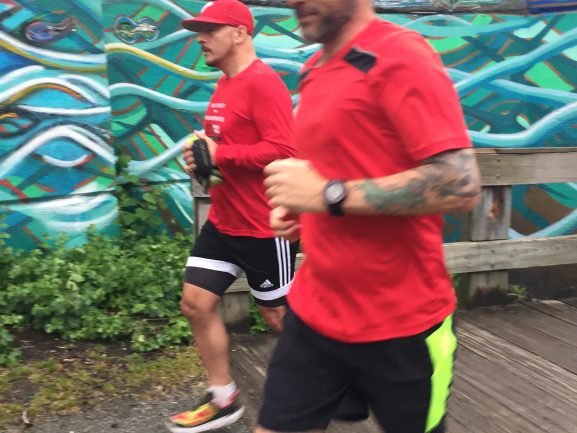 The Northlight Community Center. It’s on Green Lane. They have a pantry and computer classes. I think they have something coming up about bankruptcy protection. It’s just like a community resource for so many people.

-Text and images by Katie Byrne and Rachel Keller.

Brewerytown was home to many different breweries throughout the 20th century before and after the start of Prohibition. For a little over a year now, Mike Wambolt and his crew have been brewing beer and making [Read More]

On a chilly Saturday morning last December, parents and children gathered in the visitor center at the Schuylkill Center for Environmental Education, located at 8480 Hagys Mill Rd. While they waited, the children explored the [Read More]

From Peter Pan to Mickey Mouse and Kermit the Frog to Harry Potter, Halloween was in the air along Main Street in Manayunk at the third Annual HallowYunk 5K, where participants were encouraged to wear costumes. [Read More]