Philip Dawson, 29, is the executive director of the Housing and Economic Development division of Esperanza. He manages just one sector of the entire organization that also offers a charter education, immigration services and more. 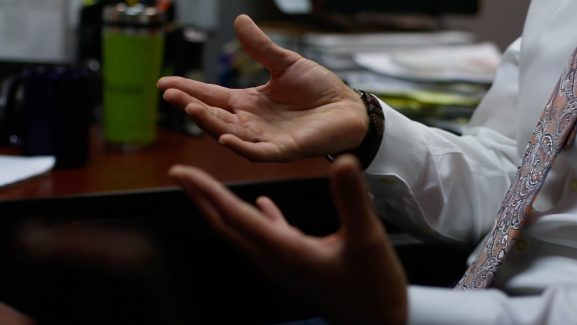 What do you do on a daily basis?

I’m with a subsidiary of the organization that focuses on neighborhood revitalization and work in the community. As executive director, it’s my job to set the larger goals for the organization, ensure that we are meeting them and to manage a staff that administers our programs.

How far is Esperanza’s outreach?

Our community and economic development programs and our neighborhood revitalization activities are focused on the neighborhoods of Hunting Park and Feltonville in North Philadelphia.

Hunting Park developed as our main focus area early on because it’s the neighborhood that Esperanza’s headquarters is located in and we developed a ten-year neighborhood strategic plan in 2012 which guides our work in that area.

In Feltonville, we began a partnership with Cancer Treatments of America back in 2013 to begin focusing specifically on revitalizing the neighborhood’s Wyoming Avenue commercial corridor. That has guided a lot of our outreach and our community development work to date in that area.

What’s the outlook on Feltonville and Hunting Park from you personally?

The outlook is very good and has consistently improved over the time that I’ve worked at Esperanza. We’re fortunate enough to bring a lot of resources to this community; both resources from government agencies, resources from private funders and other resources we’ve been able to leverage as a result of our work over the years. We’ve been able to consistently chip away at some of the chronic problems that have plagued the community at the block level and the residential areas of the communities.

For instance, we had a program called Neighbor Care where each year we give away about $25,000 in micro grants for residents who want to get together with other people on their blocks and do a physical improvement to things like benches, flower pots and trash cans. That’s something that, at the block level, has made significant improvements in the conditions. 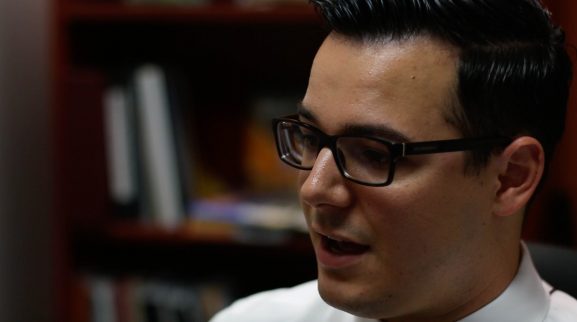 What do you think is the future of the North Fifth Street corridor?

Esperanza has been working on the Fifth Street corridor specifically since 2008. The business vacancy rate has decreased from about fourteen percent to seven percent. We’ve had more than 15 businesses that we’ve helped complete storefront improvements and façade work with rebates from the commerce department and other private grant programs. We’ve also helped to organize a business association which helps to independently advocate for the needs of small business owners on that strip.

What are some of the biggest challenges you face on a daily basis?

One of the big challenges we always face is continuing to get the buy-in of the residents and business owners to get them to take part in our work and to ensure that their voices are adequately represented. That’s one of the reasons we focused on the business corridor and developing a business association, so that businesses have a mechanism where they can be involved regularly and ensure that their voice is heard. 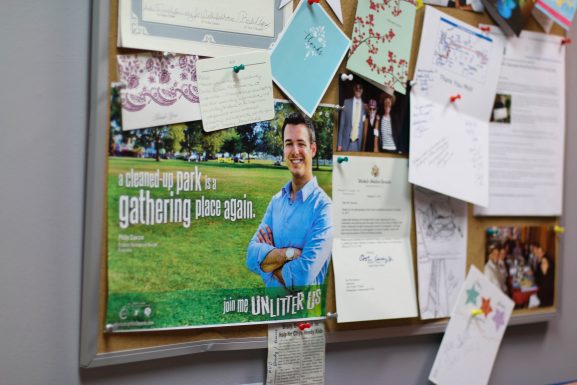 Is gentrification a good or bad thing?

Gentrification is an issue that’s been hotly debated and it’s clear it’s neither one nor the other. There are cases where elements of gentrification can benefit people who live in a neighborhood, but as a whole there’s been a lot focus on the negative aspects of it, in which people can become priced out of the neighborhood due to rising rents, change in the overall culture and a loss of what constituted a community at a certain point in time.

I think even though there can be benefits in terms of rising home values and real estate values, overall we would consider gentrification to be more concerning and something that we have to think about intentionally to mitigate in this community. We really haven’t seen the effects of gentrification come up this far in North Philadelphia to date. It’s been something that’s stayed in lower North Philly.

Creating and preserving affordable housing is probably the single main focus area that we’re doing in that regard. It creates an opportunity for people who already have homes or people who need to get affordable apartments to be able to stay there and have those rents at a level that enables them to stay in the community.

Overall, everything we’ve done with our neighborhood plan has been done with the input of hundreds of stakeholders and neighborhood residents. We view our mission as improving the conditions of the neighborhood for the people who live here; not for those who may come in from other areas. We want it to be an open and welcoming community, but we also want to protect the rights of those who live there now.

– Text and images by Dominic Barone and Montana Bassett

In August 2009, Stephen Thompson was ordained as a pastor. Now a senior pastor at House of Triumph, located in Kensington, Thompson helps run community-oriented programs at the church. These programs include food outreach dinners twice [continue reading…]