Philadelphia holds the fifth largest city population in the United States and largely is made up of rowhomes and businesses along busy streets. One of the major identifiers for large cities is that the high quantity of buildings leads to fewer green spaces than there are in rural areas.

Located at 215 E. Penn St., Germantown Kitchen Garden defies urban stereotypes despite being located on just a half acre of land in the Germantown section of the city. Amanda Staples started the garden and currently owns and operates it on her own. 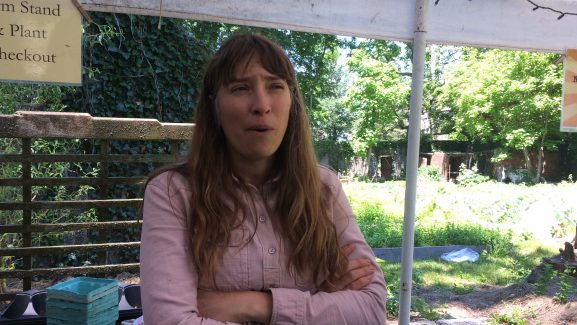 “I got really interested in farming,” Staples said. “I knew I wanted to have that lifestyle but be in the city because I’m from here and I love the city.”

Staples has turned her passion for farming and gardening into a full-time job where she harvests three times a week on Monday, Wednesday and Friday while running a farm stand every Saturday afternoon from May through the end of October.

The farm stand, which sells fresh vegetables and flowers, brings in about 50 customers a week although the number can vary based on the weather. Staples said that there are also additional customers who she serves every week. 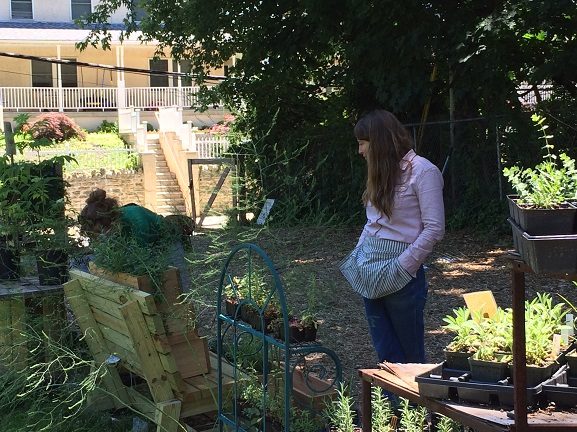 “I do a community-supported agriculture model with the farm stand so about 20 people pay me up front in February when I need the money,” Staples said. “They might pay me $500 and then they’ll come here every week, shop, and I’ll just take it off of their account. It’s really nice because I can buy all my seeds, soils and things that I need. Also, it keeps people committed to coming here which is really great.”

KoKo Chen has shopped at the farm stand many times.  She appreciates the rural garden in the urban environment.

“It is just something most people wouldn’t think of being in a major city,” Chen said. “There is something relaxing about seeing green in such a busy environment.” 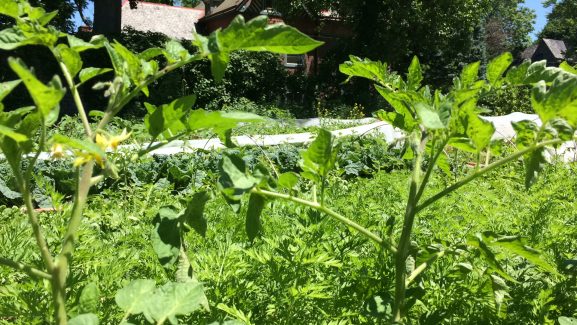 Staples said that the farm stand is not her sole source of income during the spring and summer seasons. She maintains a professional partnership with the restaurant Urban Farmer which opened in December 2015, located in Center City. Terry White, the executive chef at Urban Farmer, pays Staples a flat rate for some of her vegetables which he then uses at the restaurant.

“It’s really important for a garden this small to have a consistent account coming in so that’s really nice,” Staples said. 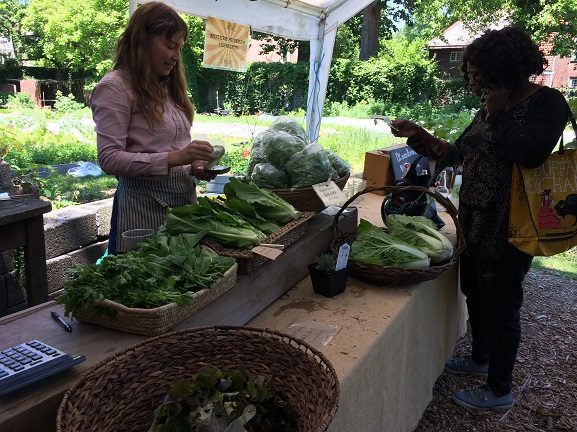 The relationship is not only beneficial for Staples because it makes sure that she has a steady income as well as a consistent buyer, but it has been equally beneficial for White and his restaurant who enjoy the fact that they can support small local businesses.

“It helps us on many levels – part of it being that we know exactly where we are getting our greens from,” White said. “We can tell our clients exactly how it was made, how much watering went into it and we always know that it will be fresh.  There is a big difference in having our supplier be a five minute car ride away as opposed to ordering greens that take eight days to get here from California.”

Germantown Kitchen Garden is just one of many horticultural spots around the community. There are other individual farms which all work collectively together, as well as the historic gardens that include the Wyck Garden and Awbury Arboretum.  The green spaces throughout the community are rare for many cities which brings pride to owners like Staples.