Trapeta Mayson has lived in the Germantown community for 20 years. She has served as the executive director at Historic Germantown since August 2014 and feels like it is a perfect fit for her interests.

Mayson was born in Liberia before immigrating to the United States in May 1975 with her parents, Rebecca and Lysander, and her four siblings. 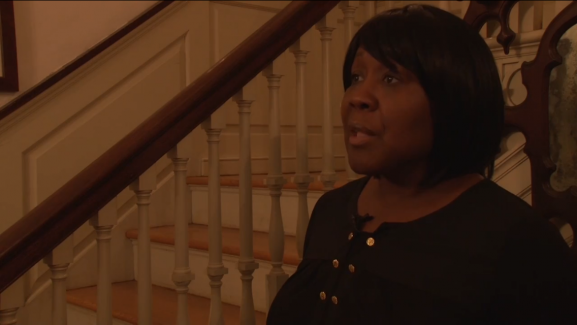 “My family is small but kind and supportive,” Mayson said. “My parents sacrificed a lot for us and although my mother was ill for a better part of my youth, they were both very focused on education and raising us to be good human beings.”

Mayson shares that same passion for education and received an undergraduate degree from Temple University, a masters degree in social work from Bryn Mawr College and an MBA from the Villanova School of Business.

The education received by Mayson did not steer her away from her parents other goal of seeing her be a good human being.

As an adult Mayson has served as the secretary of the Friends of Joseph E. Coleman Library, a board member and chairman of the Outreach and Marketing Committee of the Germantown Special Services District (GSSD), a board member of the Greater Philadelphia Cultural Alliance as well as a cub master for Pack 444, despite not having any family connection to the organization.

“I lived in a wonderful community but one where there weren’t a lot of people stepping up to the plate,” Mayson said about her role with the Cub Scouts. “It meant a great deal to me and I was blessed to work with young boys who are now men with their own families. I worked with them and their parents to insulate from the complexities of the time and nurture them into responsible positive people.”

With her role with Historic Germantown, Mayson helps organize community outreach programs and discussion panels aimed at providing a safe space for community members to discuss issues that they find important. 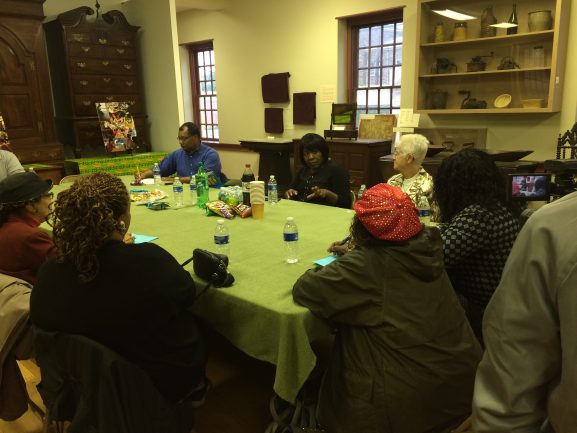 Pamela Bracey is a member of the Germantown community and the Historical Society which shares a building with Historic Germantown, and has seen the impact of the contributions Mayson has made.

“It has been delightful,” Bracey said about getting to know her since 2014. “I have been to multiple events that she has hosted.”

One event that Bracey attended was an open discussion panel about the potential for a new childcare center in the community, which took place on June 6, 2017. Mayson organized the discussion at Historic Germantown so that Mercy Neighborhood Ministries could host a focus group about Mercy expanding from North Philadelphia into the Germantown community. 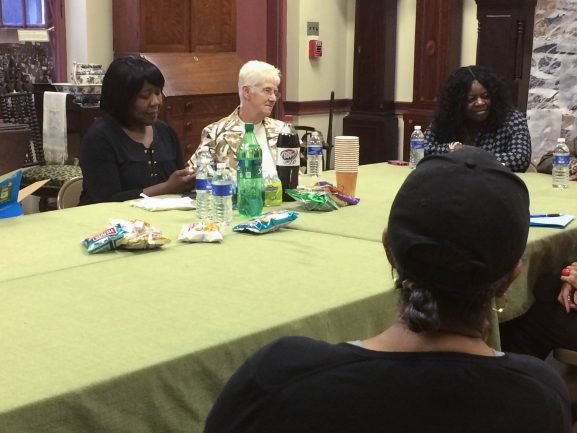 Howard Tucker is a spokesperson for Mercy Neighborhood Ministries and he said that Mayson was an ideal fit for helping him set up the discussion for the possible expansion into Germantown.

“Part of the process is to get them to meet the neighbors, interact with the community and get feedback from the community on some of the needs they may have,” Tucker said. “We asked members of the community who has the influence and who has the access to people who may be interested and they were recommended.”

When Mercy called about the possibility about setting up the event, Mayson knew that it was something that she wanted to get involved with. With Historic Germantown functioning as a nonprofit organization, Mayson receives a different kind of reward from hosting similar events.

“Hosting community based events, we do get a great return because we want to be great partners within the community,” Mayson said. “We want to make sure that we are in the business of letting our community members know what’s available to them.”

Brenda Marie Cherry attended the meeting as well because she is very passionate about education and providing quality options to all the youth members in a community. She is just one part of the pool of individuals that Mayson is able to reach out to with her position within the community.

“I got her email on my telephone about the event so I came out,” Cherry said. “We have so many centers here in Germantown but not all of them are quality and I know that. If we are really going to educate our children for the future they must have the language arts, the words and the music that develops both sides of the brain.” 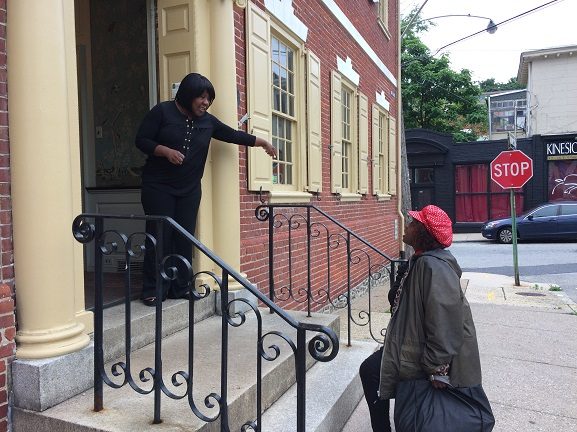 Cherry and Mayson share the same passion for educating the youth, especially in the area of liberal arts which have nationally seen cut funding over the last decade. Mayson grew up crafting an artistic ability, one that has seen her become a poet as an adult.

Mayson lives in the Greene Street Artists Cooperative which is home to both visual and musical artists. Mayson is able to use her role with Historic Germantown to help craft her artistic passions. She also relies on her poetry to express her experiences as living as an immigrant in the United States.

“Being an immigrant impacts my life a great deal,” Mayson said. “It makes me aware of larger issues. My thoughts and perspectives are informed by my experiences and they tend to be framed around a global understanding and context. I have a great deal of empathy for other people based on my upbringing.”

Being an immigrant has affected Mayson in her life, and she knows that Germantown is a good place for an immigrant to call home.

“I wanted to be in a place where I can find people who look like me and who represent differences in many forms,” Mayson said. “Germantown isn’t perfect, it has its class and race issues, but I enjoy calling it home. I don’t want to live anywhere where I am not welcomed. This is a thriving, artistically rich community with major historic assets. It’s the best fit for me at this time in my life.” 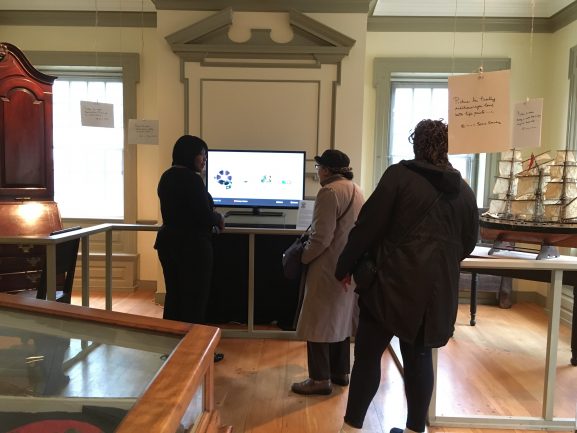 -Text, images and video by Kezia Harewood and Steven Kelsey.

Dare to dabble in some doubles trapeze, acrobatics and tightwire with your significant other this Valentine’s Day season? You may be too late to swing with your sweetheart at the Philadelaphia School of Circus Arts’ “Double [continue reading…]

The bustling dining room will give anyone who enters both a warm welcome as well as a hot meal. The free lunch is available at Face to Face Friday through Monday at 12:30. Located on [continue reading…]

When a visitor travels into the City of Brotherly Love for the first time, there are two things they will always remember – the larger than life art that decorates the sides of our buildings [continue reading…]