In addition to a highly competitive soccer match taking place that day, there will also be a parade of nations, where each team will march on the field holding a banner representing their country.

“Each team will have their own banner that is comprised of original artwork,” said Kelly Lee, the chief cultural officer for the City of Philadelphia. “We hired local artists to develop artwork that really represents that country.”

Each team will hold a 7-foot by 4-foot banner that will include the original artwork, the flag of their country and the Unity Cup logo. 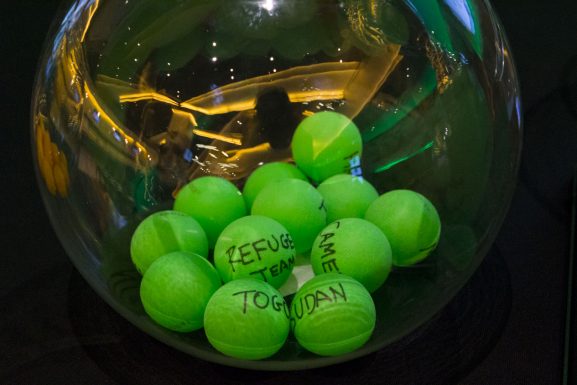 The Philadelphia International Unity Cup Art banner project is creating a way to get all of the teams in the immigrant communities involved and engaged. The project is led by the Office of Arts, Culture and the Creative Economy and in partnership with Philadelphia Parks and Recreation, City of Philadelphia Office of Immigrant Affairs, the Mural Arts Program and Small But Mighty Arts.

The Office of Arts, Culture and the Creative Economy will hold banner creation workshops all over the city to get input from not only the soccer coaches and players, but community members as well. It’s a way for people to learn about other cultures.

The workshops are free and are meant to develop designs between the communities and local artists. To make the project inclusive, anyone who wants to give input is allowed. People are asked about special images they think of when thinking of home, special holidays celebrated and special foods. 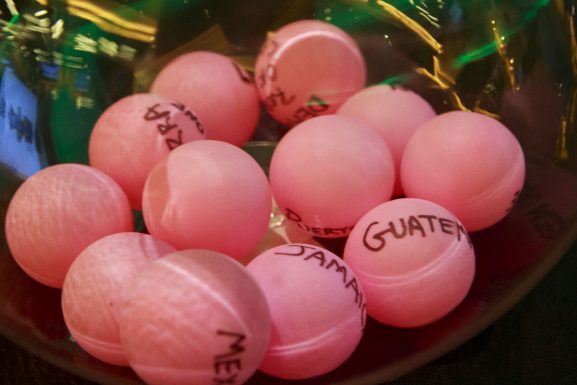 The captain of Panama’s team, Odin Palacio, currently lives in Levittown but is originally from Panama City. The first thing he would like to see on Panama’s banner is the canal because most people recognize it. The next thing Palacio wants to see is a traditional outfit, la mola, of Kuna women, the indigenous people of Panama.

“It’s a handmade design made for the Indians in Panama, indígenas, we call them,” said Palacio.

Along with la mola, Palacio would also like to see la pollera represented on the banner. La pollera is a dress that dancers of a traditional dance, tipico, would wear in Panama. 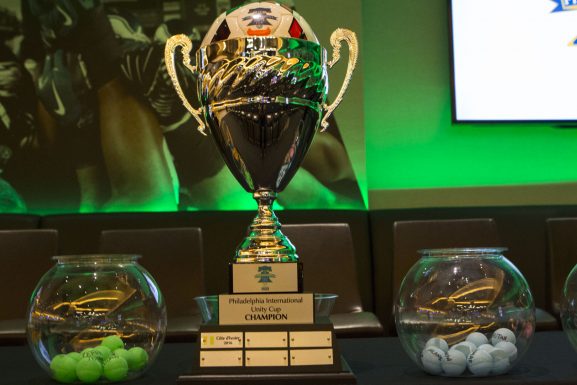 Representing team Greece is Vailios Pasara from Newtown Square and Steven Mylonas from Havertown. Both Pasara and Mylonas are originally from Greece.

“The Greeks are very crazy people,” said Pasara. “We like to have symbols on our flag. We are a very ancient culture and we want that in our team representation.”

“Greece has a long history, and a very rich culture,” said Mylonas. “We put a symbol of an ancient Spartan helmet and a Greek column just to symbolize some of the cultural things that people associate Greece with.”

Lee is excited about the banner project because it’s a way to bring people together. 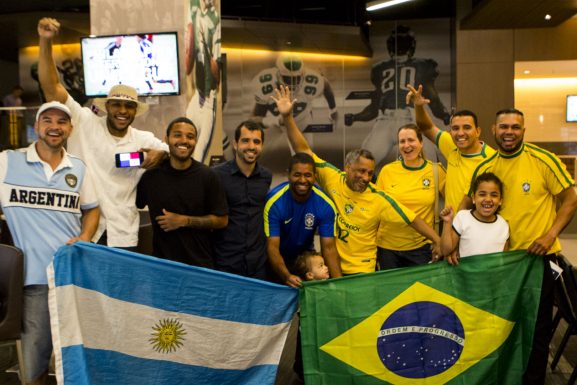 “It’s fabulous and it really ties into the importance and impact of the Philadelphia International Unity Cup,” Lee said, “which is bringing together our immigrant communities, in a way, because we’re all Philadelphians. Then we have visuals to represent that.”

– Text, images and video by Chip Frenette and Tracy Yatsko.

https://vimeo.com/30774551] Just a few blocks away from the nightlife and culture of Main Street, the Starfinder Foundation is housed in a large, unassuming, blue warehouse. More than 600 Philadelphia youth take part each year in [continue reading…]

In front of an energized crowd of more than 300 friends, family, and supporters, incumbent 9th District City Councilwoman Cherelle Parker launched her re-election campaign on Feb. 24, 2019 at the Finley Recreation Center in [continue reading…]