Since the ’80s, neighborhoods such as Bustleton, Somerton and Fox Chase have become a haven for Eastern European immigrants. Signs written in Russian can be seen throughout Bustleton Avenue, which hosts many immigrant businesses.

One immigrant business featured along a strip mall at 9859 Bustleton Ave. is Palace Royal, a kosher restaurant owned by Ukrainian immigrant Steve Klipach. His restaurant not only serves Russian food, but also hosts music for the heavily emigrated section on the weekends. 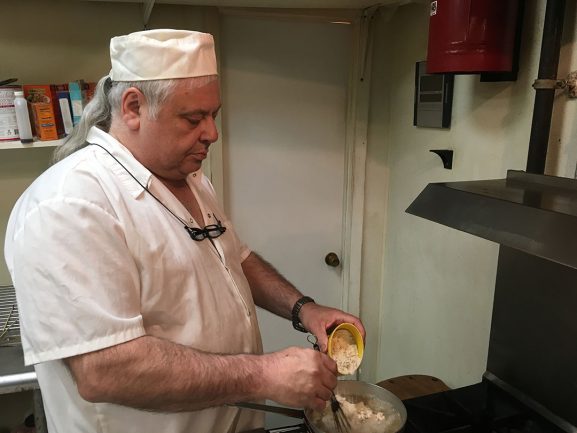 “Russian [speaking] people usually start to dance from 8 p.m. to 3 o’clock in the morning,” Klipach said.

Klipach, who occasionally plays the drums for his band at his restaurant, named his business after a famous tourist attraction in his hometown of Odessa, Ukraine.

“It’s the most well known tourist attraction worldwide,” said Arthur Paley, who plays with Klipach in PR, the band name another variation of Palace Royal.

Paley has known Klipach for 30 years. Their band plays all genres of music ranging from jazz, rock and even hip-hop.

“We can expand it to the whole symphony,” Paley said. 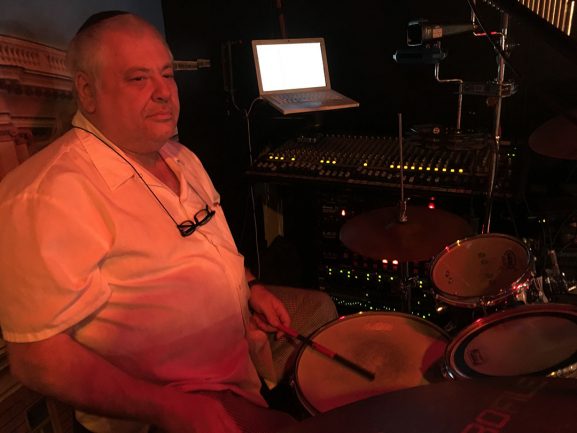 Just next door to the Palace Royal restaurant is the New World Organization of Emigrants from Eastern Europe, a place where immigrants can learn English and gain citizenship.

Executive director Marina Lipkovskaya, who also immigrated to Bustleton from Ukraine more than a decade ago, feels the Northeast is a great place for immigrants to live.

She said the organization recently welcomed two families from the Ukraine who were persecuted because of their religious beliefs.

“Some people come as refugees of economic or political situations or disasters in their countries,” Lipkovskaya said, noting the Northeast gives immigrants a sense of security.

Safety and quiet was one of the pluses NWA worker Orasta Koshoik noticed when she moved to the area. Koshoik, who was born in Russia, arrived in New York seven years ago. She said the city was too fast paced for her to get accustomed too.

Koshoik said that she came to the Northeast because she felt comfortable contacting people who were friends of her friends that lived here.

“I felt like myself back at home,” Koshoik said.

Koshoik is a Russian teacher at Red Lion Elementary school. She also works as the literacy program coordinator at the NWA where she teaches young children English. 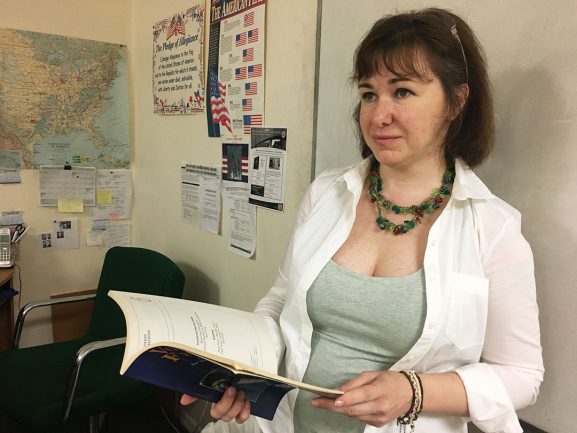 Much like Koshoik, Yuliya Stupen got third party help to come to the Northeast. She received a sponsor from a family friend to come to Bustleton.

“He helped us move into an apartment,” said Stupen who moved from Ukraine in the late ’90s. “He helped us get our first car. We have been family friends ever since.”

Stupen and her family were given a two bedroom apartment to settle in when they first arrived.

“The only things that were there were the mattress and utilities,” Stupen said.

The recent Temple graduate now works as the marketing communications coordinator for the Ukrainian Selfreliance Federal Credit Union. The majority of their employees come from the Ukraine, said Anatoli Murha, the business development and marketing manager.

Since the membership of the credit union is mostly immigrants, it is able to connect with the community surrounding them.

“There is no language barrier,” Murha said.

Murha’s parents came from the Ukraine and moved to Detroit, where he was born and raised. He moved to Philadelphia six years ago for his job.

“You have a minority of employees [here] like myself who are born in the U.S. but were taught Ukrainian by their grandparents or parents,” Murha said. “So we are able to communicate on both sides of isle.”

Their credit union works with small businesses throughout the area. Many are immigrant owned.

“They [immigrants] have felt comfortable,” Murha said. “They have established businesses and they have been able to settle their own community here.”

According to U.S. Census information, that Eastern European community features the majority of Philadelphia’s Ukrainian, Russian and Belarusian population. According to the Census’ American Community Survey from 2014, 47 percent of the foreign born population living in the Northeast area are from Eastern Europe

Murha’s theory is that waves of Jewish immigrants came from Russia during the ’80s and their families came decades later.

“People can talk to each other more easily,” Murha said. “It’s easier to send an email now and say, ‘Hey we settled in the Northeast,’ as opposed to trying to make a phone call 30 years ago.”

Stupen believes that opportunity is the ultimate reason for why Eastern Europeans have settled in the Bustleton, Somerton and Fox Chase areas.

“People in the Ukraine see America as this heaven,” Stupen said.

Sherman stormed down the 3500 block of Ryan Avenue as dusk was falling on Mayfair’s first ever Third Thursday festival. He reached the corner of Ryan and Leon streets, his head on a swivel. Who [continue reading…]

Northeast Philadelphia is full of special and unique places, but one area in particular takes the cake for iconic cultural diversity in markets, travel and restaurants. Bustleton Avenue is home to five of the most [continue reading…]