The Philadelphia comedy scene consists of an array of brave comics who have a close bond with each other and aren’t afraid to expand their network at open mic nights throughout the city.  These free events are a way to socialize with the comedy community, as well as a chance to test your courage.

Many of the open mic nights have familiar faces at each location, and just showing up is a great way to support local comedy in the city. You even have the option of trying out a few jokes of your own. 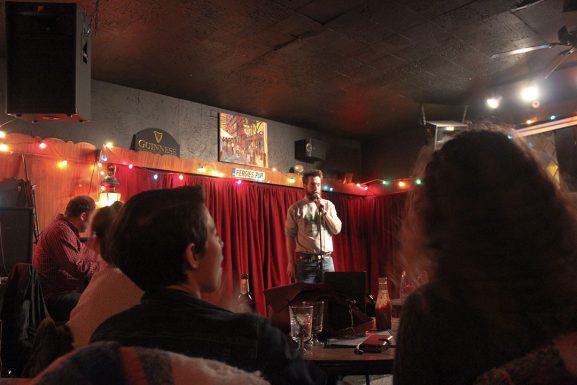 Located near 13th and Sansom streets, Fergie’s Pub hosts its open mic night called “U Up?” every Sunday from 9 p.m. to 1:45 a.m., with sign-ups beginning at 8:30 p.m. There is usually a good turnout with a diverse crowd from week to week.

Fergie’s gave the open mic event an official name in early 2018, after going several years without a name. 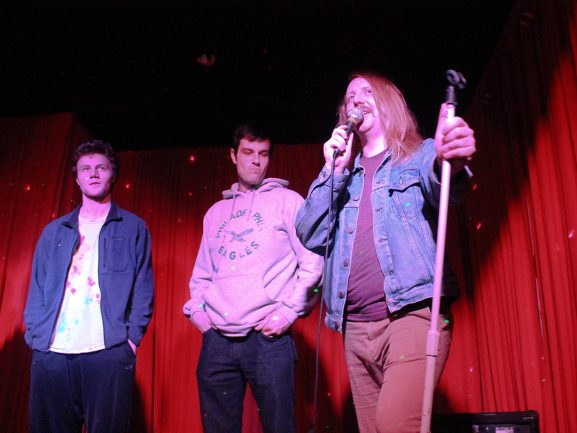 “Laughs on Philly” is held every Monday at Ortlieb’s, located near Third and Poplar streets and is hosted by Teddy Hanson. Sign-ups for the show start at 7:30 p.m. with showtime running from 8 p.m. until 11 p.m. Hanson always opens the show by asking audience members to get involved by doing things like impersonations on stage.

The sets at this open mic are only three minutes long; perfect for comics to test new jokes. 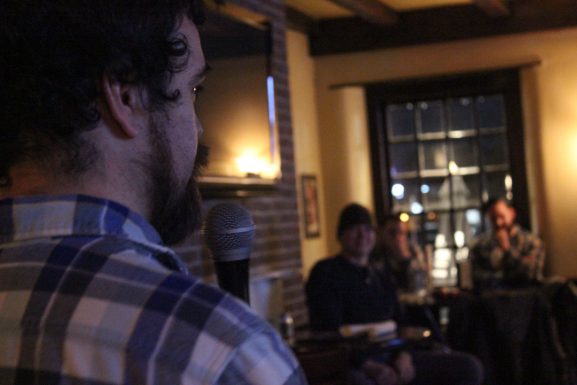 The setup at this bar is unique because it’s double-sided allowing comedians and patrons to socialize on one side of the bar without interfering with the performances. 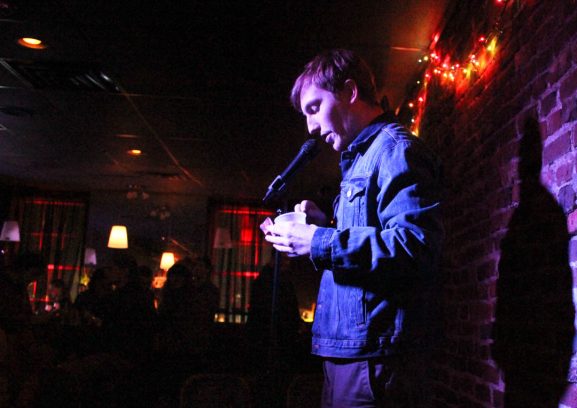 Victoria Freehouse, near the corner of Front and Market streets, host its weekly open mic night, “Freehouse Comedy,” on Wednesdays from 8:30 p.m. until midnight. Each open mic starts with a raffle that can be entered by buying a drink prior to the start of the show.

Each week, five comics are guaranteed a spot in the first half of the show in exchange for their patronage. 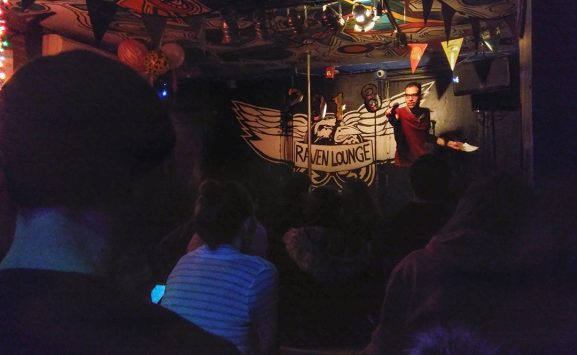 The second floor of Raven Lounge, near 17th and Sansom streets, is one of Philly’s most-renowned open mics, “Philly Comedy Attic.” Every Thursday at 8 p.m., Raven Lounge opens its doors to local comedians, with a showcase beginning at 9 p.m. and an open mic immediately after.

This is one of the longest-running open mic nights in the city.

-Text and images by Christopher Linvill and George Means.

Chris Wood is a 31-year-old stand-up comedian that grew up in West Deptford, New Jersey and has been making a name for himself in the Philadelphia comedy scene. While working in an auto body repair [continue reading…]

Center City: Travel Back in Time at The Viceroy 1925

Imagine walking down the stairs into a small, dimly lit lounge where people are enjoying cocktails, dinner and small talk. Men are dressed in their finest suits, and the women have on pearls and satin [continue reading…]

When Carolyn Busa and Mary Radzinski met at a comedy open mike night at the Urban Saloon on 21st and Fairmount, they knew it was the ideal spot for their own comedic undertakings. In March 2011, [continue reading…]