Improv comedy is a relatively new art form in which many of its performers advocate the benefits which extend far beyond the stage.

The National Alliance on Mental Illness indicates that one in five American adults experience mental illness every year. While improv comedy has become therapeutic to many, role play wasn’t officially established in the realms of psychology until the 1930s.

Jacob Levy Moreno felt that spontaneity was missing in everyday life and ultimately developed a way to incorporate it into his therapeutic practices. Moreno founded the Impromptu Theater in 1929, and subsequently became the father of psychodrama.

Psychodrama was a technique that allowed mental health patients to find themselves through spontaneous role play with scene partners. Moreno boasted a high success rate with patients suffering from psychosis. 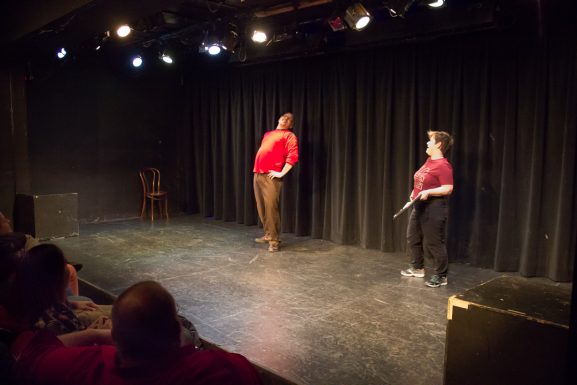 Dr. Jasen Sood, 30, practices family medicine in Stratford, New Jersey, and has been involved with improv comedy since February 2014. Sood believes that the quick-thinking and listening skills he has acquired from the Improv Incubators have really helped him in his profession.

“It’s like a little super power that I have in my pocket,” Sood said.

Sood has even gone as far as inviting a particular patient to try improv for themselves.

“I’m OK with giving people medication for anxiety, but the other part of it, too, I want to offer people is ‘yeah, here’s pills but pills don’t teach skills,’” Sood said.

Gordon Bermant, 81, lecturer in psychology at the University of Pennsylvania, wrote an article highlighting the psychological aspects of improv comedy for the journal Frontiers in Psychology in 2013. The article was noted by The Atlantic in 2015 when they investigated the different schools of thought regarding improv as a treatment for anxiety. 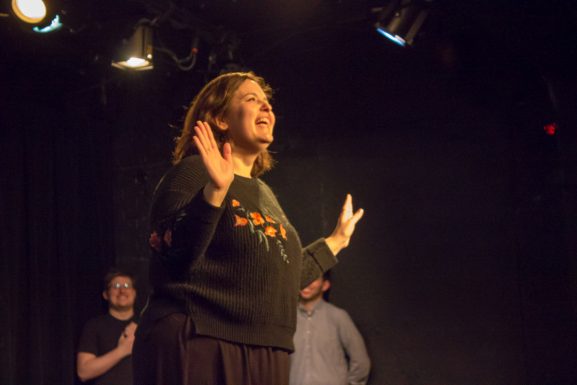 “Because it’s a team sport, it doesn’t really accommodate big age ranges,” Bermant said. “And that’s going to influence its utility in psychology as an intervention.”

While it may have some downfalls, it appears that Comedic Improv Therapy is quickly becoming rooted in science. It is now being used in private practices by mental health professionals like Kristin Krueger, as well as world-famous theaters like The Second City in Chicago.

“It depends on what kinds of folks the therapist is seeing because not everybody who comes in and pays money to a therapist is either going to want to or would benefit from improv,” Bermant said. “Not everybody, it’s not a panacea.”

Much like Moreno’s psychodrama, it is not a cure but it can certainly be used as a supplemental tool.

Already well-known for their hoagies, Philadelphia is about to get a new twist on the old classic. Nicole Marie and Justin Sapolsky are the co-founders of Matt & Marie’s Modern Italian Sandwiches, a forthcoming eat-in [continue reading…]

This post is part of a series covering an educational trip planned by University of Pennsylvania students for the men and women enrolled in the Veterans Upward Bound program. You can find more information here and [continue reading…]