Marley McNamara turned her passion for music into a career.

McNamara became involved with the Philadelphia music scene through a job tending bar at World Cafe Live. From there, McNamara began booking small shows at the venue. She built friendships with people and started booking shows full-time.

McNamara took her music career further and began managing bands. She also works as a production coordinator at Johnny Brenda’s in Fishtown.

When did you first get involved with the Philly music scene?

I would say probably around 2009, when I first started working at World Cafe Live. I was bartending there and ended up meeting a bunch of local bands that played through there. I started creating friendships with them.

I got interested in the booking process while I was working at World Cafe. At the time, Laura Wilson, who was the talent buyer, would throw me some dates. She was like, “Hey, if you want to book a live show upstairs, this is open. It’s pretty slow. You can do it.”

Then, I kind of just gathered my group of friends that I had met. We started rolling with it and booking shows. It was kind of just networking and growing friendships from there.

How did you get into managing bands?

That kind of all just came naturally too. That was just going from independent promoting, putting shows all over the place, and creating relationships with certain bands.

The first band I started to work with was Levee Drivers because they’re my friends. At the time, I kind of didn’t even know what the job entailed. I was just like, “Sure, why not? Let’s try it out!”

After that is when I met The Districts through a battle of the bands. I was in charge of that at World Cafe Live. I saw them play and thought they were really good. We exchanged numbers that night and the rest is history. 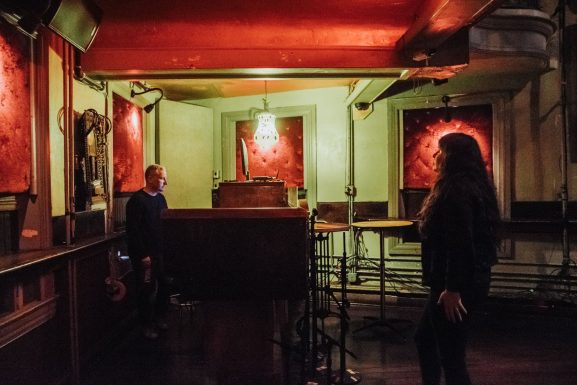 How many bands are you managing right now?

Right now, I have four.

I have The Districts, Pine Barons, Levee Drivers, and The Dove and the Wolf.

Which do you prefer, booking or managing?

I hate booking, to be honest. I don’t even understand how people do that as a career. Booking tours is, like, awful. I like putting shows on. I don’t like booking tours or anything like that. It’s just, like, “No thanks.” It’s a lot of work.

Managing is really stressful. You’ve got a lot on your plate and there’s a lot of people relying on you to carry their livelihood. That can get really intense, but it has its perks. It’s got its ups and downs.

What’s your favorite part of managing?

It’s really cool to see a band start off small and then watch where they get to and know you helped them get there. It’s a really rewarding feeling. It makes you want to keep doing it.

You started doing production too?

I do production coordinating. I don’t do any hands-on engineering or anything like that but I do the advancing process, so kind of the lead-up to a show. I do the show-running, which basically is making sure the bands are loading in and soundchecking on time, getting them on stage on time. If they need gear rented, making sure it’s rented ahead of time.

It’s kind of like setting the show up to be a smooth ride. 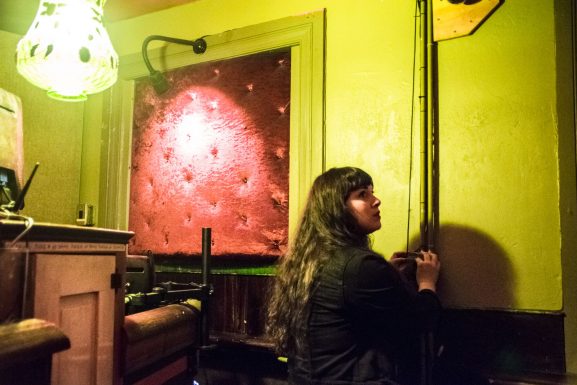 What’s your favorite part about that?

I get to see a lot of really cool bands. I am around live music so often.

It’s a blessing to be able to have a job like that, but if I didn’t do this I wouldn’t go to as many shows. On my nights off, the last thing I want to do is go see a show.

It’s great because I get to discover a lot of music that otherwise wouldn’t have come across.

What are your favorite acts that you’ve ever seen?

Tom Petty, obviously. He’s like my hero. But Thee Oh Sees, I love that band. I love Broncho.

I’ve seen Tom Petty like a million times, but his last one I went to was amazing. He put on a great show. It kind of shows that even when you’re that old, you can still do it right.

How do you feel about music being a boys club?

To be honest, I feel like lately that’s shifting a lot. Even in the few years I’ve really been in the, like, proper music industry, it’s been really refreshing to be communicating with a lot of other women.

I think it’s widely seen as a boys club but there are a lot of women behind the scenes who run the show. I’ve always kind of been surround by dudes, friendwise, my whole life. It kind of doesn’t seem any different to me.

But believe me, I’ve been in a lot of situations where, because I was a woman, people thought they could get something past me or treat me differently. I’ve even worked with people that I could tell the situation would be different if they were talking to an older guy.

I got into this when I was, like, 25. When you’re a female and super new at the job, people think they can just roll things right past you. You’ve got to prove to them that’s not the case.

Have you ever felt you were treated differently as a woman in the music industry?

Totally. I mean, I still feel that way sometimes but you just have to let them know you mean business.

Even recently, there was just an odd situation where The Districts were introducing me to this person. They were like, “Oh, this is our manager, Marley.”

The person was like, “Oh you’re their manager? What else can you manage?”

It was a guy and I was like, “Excuse me? You need to step back, buddy.”

That was gross. How do you even speak to someone like that? It was very gross. But, yeah, it happens.

No one wants to be around that attitude. But I feel like there’s not a lot of that here. I think a lot of people are rooting each other on and collaborating. 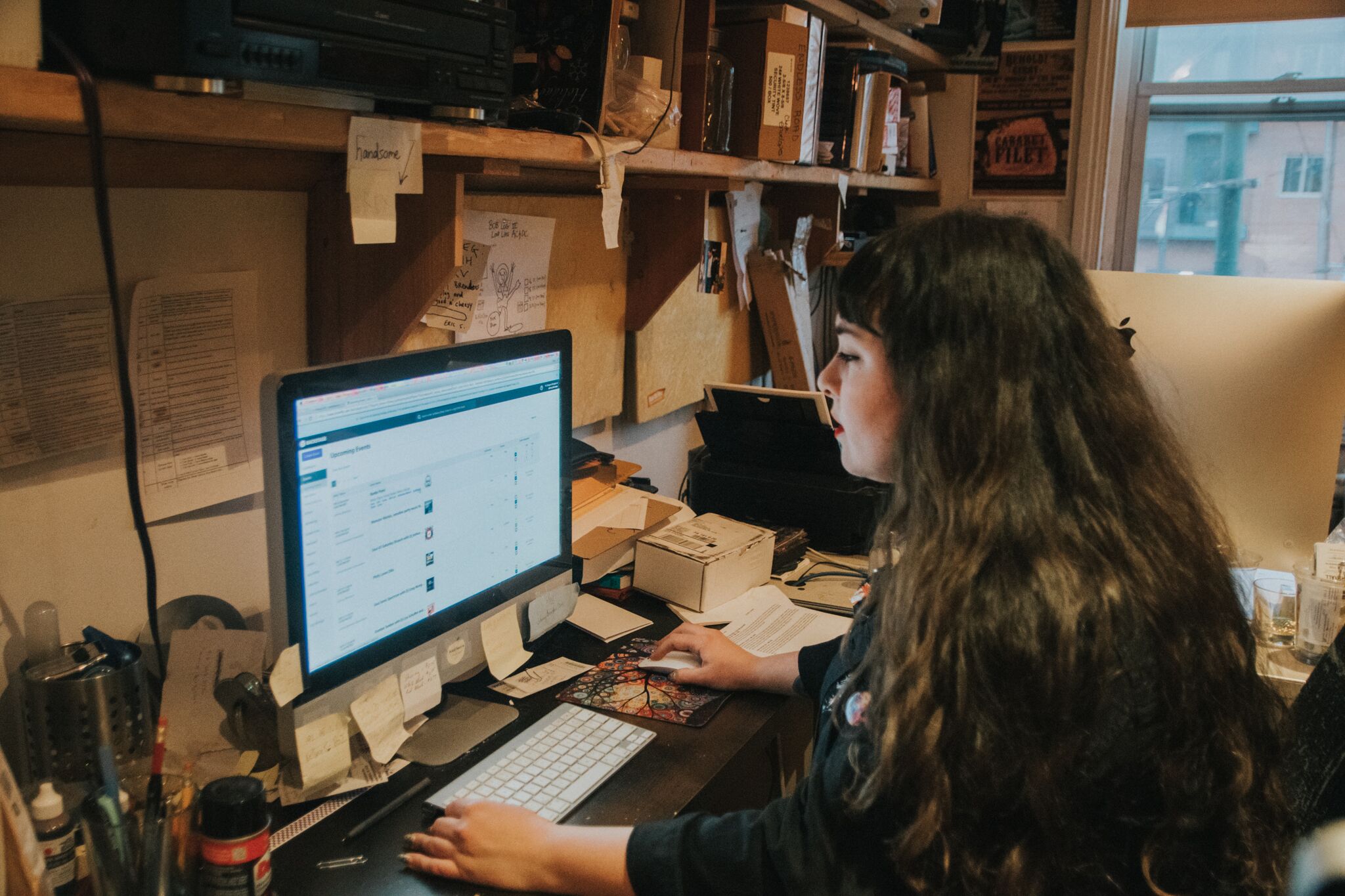 –Text and images by Katie Donahue and Erin Marhefka.

Northeast: Bustleton’s Past Brought to Life at History Network Meeting

On the first Wednesday of every month, the Northeast Philadelphia History Network meets to discuss the past. This Wednesday was no different. More than a dozen members from the network came together at the historic [continue reading…]