From May 26 to June 25, the Bridesburg section of Philadelphia reported zero violent crimes, making it the only neighborhood in the city that can stake such a claim, according to a live-tracking data set compiled by the Federal Census Bureau and the Philadelphia Police Department. 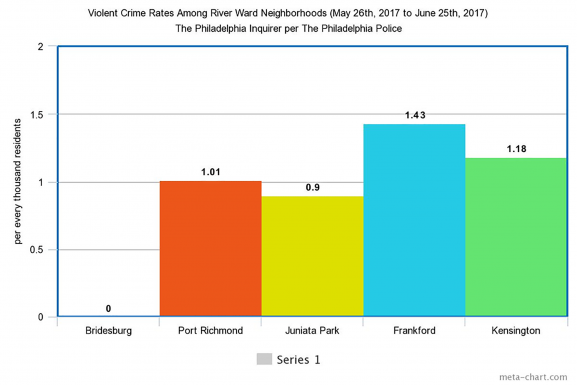 The working class neighborhood is tucked away in North Philadelphia, nuzzled up to the Delaware River and framed in by now-shuttered factories. Some in the community credit the area’s isolation, and thus its small-town feel, with its safety.

“There’s basically one road in and one road out,” said Darlene O’Brien, a Bridesburg resident and bartender at What’s Its Name Pub.

Carmine Sirrani, an Italian immigrant and owner of Carmine’s Advanced Hair Systems & Hair Styling, said one of the big selling points when he first moved to Bridesburg years ago was the low crime rate.

“From what I can see, and what I gather, this place is still a family-oriented neighborhood,” Sirrani said. 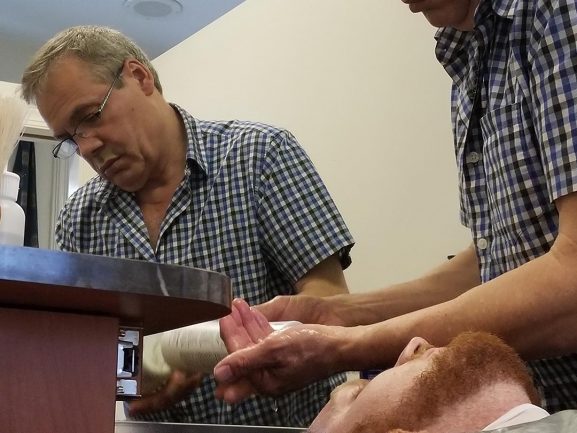 He also theorized that the tucked-away nature of the neighborhood was a big factor.

“We’re almost isolated,” Sirrani said. “No one knows we’re here. It’s almost like we’re not even on the map.”

O’Brien and Sirrani might be on to something. When it comes to the neighborhood’s unemployment rate (16.8 percent) and median household income ($49,549), typically good indicators of crime in a given area, Bridesburg fares worse than the city’s average (13.94 percent and $50,990, respectively) according to census data. It’s a blue-collar neighborhood, with only 15.6 percent holding a college degree. But the neighborhood boasts a lower violent crime rate than its more affluent peers.

In fact, it is the only neighborhood in the top five lowest crime rates whose median income is below $50,000 dollars a year. And the average unemployment rate of the four other neighborhoods is 9.15 percent compared to Bridesburg’s 16.8 percent. 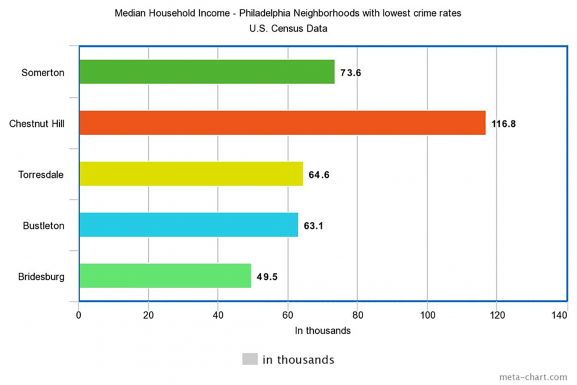 Last month, Bridesburg reported a lower violent crime rate and a lower property crime rate (2.43) than neighboring areas like Port Richmond, Juniata Park, Frankford and Kensington. The rates are based on the number of crimes committed per 1,000 residents of the area in question. 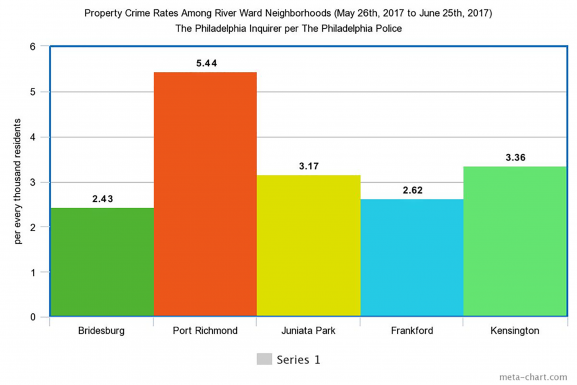 Echoing O’Brien, Francis Haney, a longtime Bridesburg resident and proprietor of The Burg Agency, characterized her neighborhood as close-knit, saying residents care for their properties, and in turn, the community at large.

“Everybody kind of takes care of each other,” Haney said. “Businesses take care of businesses. It’s a great community.”

Trash is an issue every community has to deal with. Whether it be where to put it, how to get rid of it or who is in charge of it, there is plenty of room [continue reading…]

https://vimeo.com/65098295] Habitat for Humanity ReStore, set in a 19,000 square-foot warehouse, serves about 200 people per day. If it weren’t for non-monetary donations, the unique second-hand retail outlet in Kensington would not be able to [continue reading…]