Whats the best way to get to know Philadelphia’s music scene?

Easy! Head out to one of the many local shows put together by Philly locals.

Each of the following venues are known for their eclectic events that bring people together from all around the city and surrounding suburbs. Philadelphia easily has one of the top music scenes in the country, with legendary acts like The Roots, Hall & Oates and John Legend getting their start in smaller venues like the ones below. 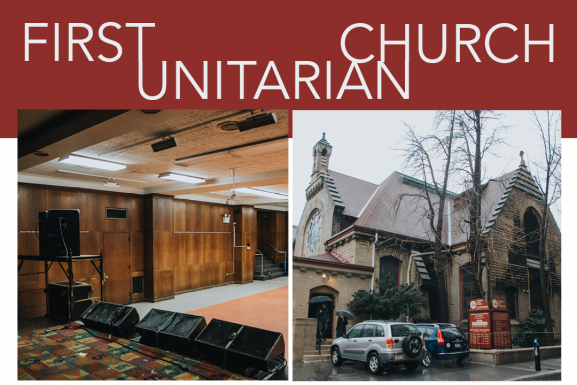 Located in the heart of Rittenhouse Square, the First Unitarian Church is one of the most unlikely spaces where a show would take place.

A stone staircase on the side of the church leads show-goers down to the wood-paneled basement, fitted with a makeshift stage and ample sound setup. The shows at the First Unitarian are arranged by R5 Productions, a company dedicated to throwing affordable concerts for people of all ages.

History has been made in this basement, including Man Overboard’s last show before their hiatus, The World Is A Beautiful Place’s album release of Always Foreign, Balance & Composure’s last show, and even large national acts like The Ghost Inside, Stick To Your Guns and Tiny Moving Parts all taking the stage. 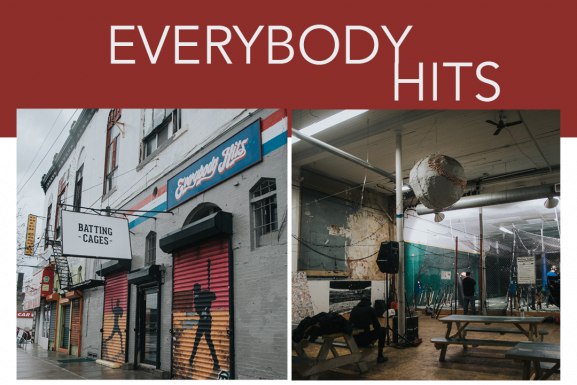 Bold colors and stenciled baseball players decorate the front of this Girard Avenue building, advertising the batting cages that are inside. On most nights, this space is used for inclusive DIY shows thrown by local promoters.

Everybody Hits is a given for any independent and growing band. Amongst those who have performed there are CLIQUE, Petal, Kississippi, Caracara and Slingshot Dakota.

Playing a show at this place is always a stepping stone for any Philly band, especially with R5 Productions and Home Outgrown Presents booking the space often. 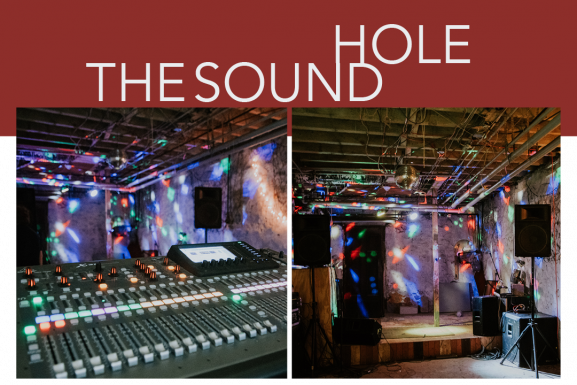 Perched in West Philly, The Sound Hole has been a punk escape for locals in the scene since 2009.

The venue has changed hands multiple times, though everyone has maintained the integrity of the space. They’ve had local acts like Caracara, Curtis Cooper and Louie Louie, as well as national acts like Acid Dad, Bellows and Morning Teleportation. 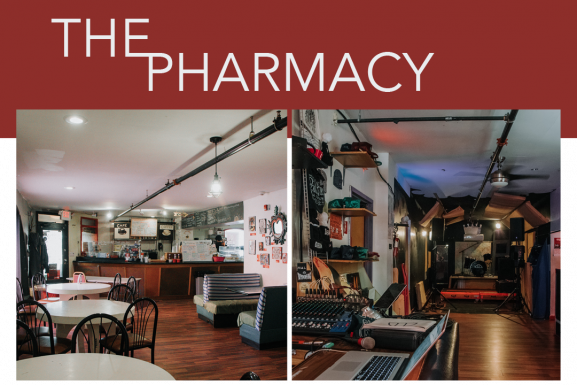 The Pharmacy is an eatery and venue that has become a staple in Point Breeze.

Serving coffee, treats and art, the venue also serves up some amazing acts in their showroom. They throw shows after hours on the weekends, where they’ve had acts like Father Mountain, Harmony Woods, Tall Friend and so many more breeze through.

This is the perfect place to find the next act to obsess over. 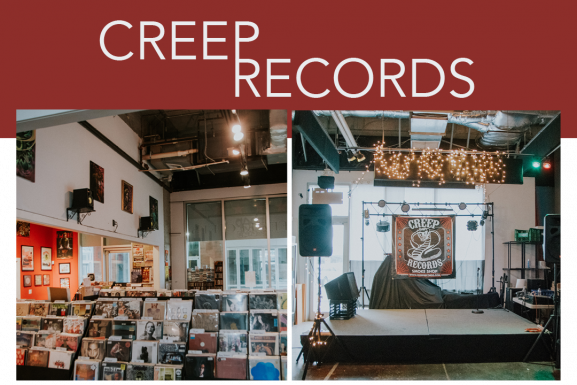 Creep Records began as a record label and became something bigger.

The company now boasts a venue, recording studio and retail store, building up an entire brand over the years.

Creep often hosts shows and other events at its location in Northern Liberties. There is a huge open space where they have a stage. The have featured bands like Howlish,  The Districts, You Blew It! and more. All Time Low and Kehlani chose the shop to do signings.

-Text and images by Erin Marhefka and Katie Donahue.

Philadelphia is a city full of artists. Glassmakers form one of the many communities that is making an international name for itself. A huge way that pipe glass makers get their names out there is [continue reading…]