“Ukrainians have a strong identity not only to their faith, but also to their ethnicity,” director of communications John Fields said. “Ukrainian traditions and Ukrainian culture is important in a sense of ethnic identity.” 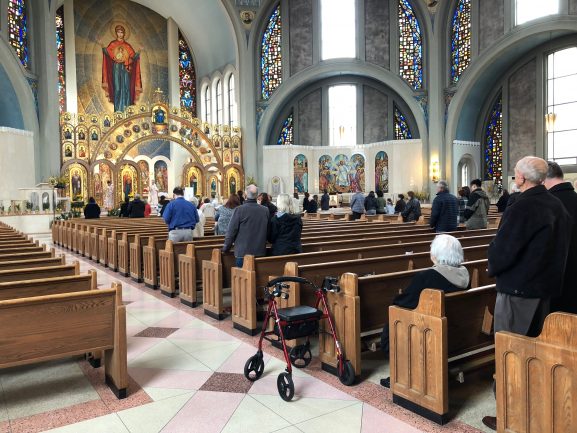 “It shows our Ukrainian Catholic tradition,” the Rev. Roman Pitula said. “For the people it’s a place of worship where they can get together on the weekends… to pray and worship our God.”

During the 1960s, the Ukrainian Catholics of America helped build the Cathedral of Immaculate Conception, which is located on 830 N. Franklin St. in the Poplar area of Philadelphia. Julian K. Jastremsky designed The Cathedral, which is 106 feet high, 172 feet in length and 128 feet wide.

Project facilitator Ken Hutchins said then-Archbishop Ambrose Senyshyn decided to make The Cathedral interpret Hagia Sophia, a church built in the 6th Century in Istanbul, which was known Constantinople at the time.

But the Cathedral nearly almost didn’t get built during the years of 1963 through 1966.

After World War II, the United States rolled out a policy called urban renewal, a program to redevelop land in the cities where there was urban decay. From 1950 through 1959, the Philadelphia Redevelopment Authority purchased 28 projects, which cost $84.67 million over 2,648 acres of land.

A lot of the work the Philadelphia Redevelopment Authority did happened in the Poplar neighborhood.

The renewal agency wanted to build housing on the land of the church, however. Senyshyn and the Ukrainian community elected to stay in the area where many of its ancestors immigrated in the late 1800s and early 19th century.

“It was just the center of the roots,” Fields said. “It was where the original ancestors came, where the pioneers came and the identity was here. Since the cathedral originally was here, and the new one was going to be built, it was just to keep the identity they had.”

Like the Italian and Irish immigrants who flocked to South Philadelphia, Ukrainians settled in the Poplar area of Philadelphia because of the high demand for jobs like manufacturing at industrial plants, shipbuilding on the Delaware River, and meat-packing plants, Hutchins said. 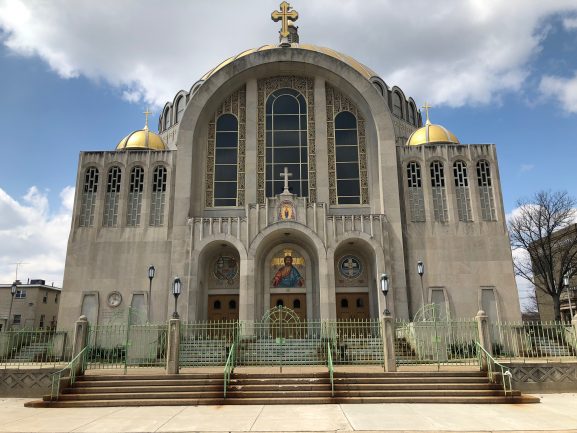 But over time, more and more people, including Ukrainians, began to move out of the cities and buy homes in the suburbs. Fields said this was a phenomenon all over the United States because of the expansion of the highways. 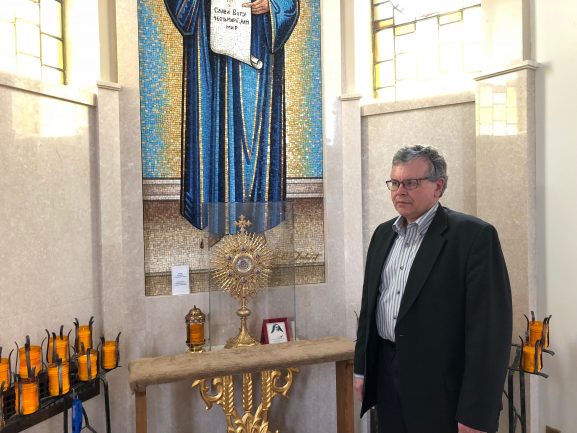 Even though many have moved out the area, Ukrainians, who now live in the suburbs around Philadelphia, New Jersey and Delaware, still attend the church every weekend.

Pitula, who has served at The Cathedral for nearly two years, said people still come back to the church because it’s a tradition that gets passed down from generation to generation.

On a chilly Saturday morning, Dec. 1, parents and children gathered in the visitor center at the Schuylkill Center for Environmental Education, located at 8480 Hagys Mill Road. While they waited, the children explored the [continue reading…]