Like many Italian-Americans in Philadelphia, Carol Agia’s grandparents came to Philadelphia around the turn of the 20th century. One of her grandfathers immigrated in 1896 at the age of seven, while the other arrived in 1915 when he was 12 years old.

“Often the father and the oldest son came over, saved a little bit of money, [then] sent for the rest of the family,” said Agia, a member of the America-Italy Society of Philadelphia who has studied Italian there for 15 years.

Agia recalls a tightly-knit community growing up in South Philadelphia. Born at Methodist Hospital, which she described as “the spot for all us immigrants in South Philly,” Agia lived for a few years with her parents in a row home two doors down from her grandparents’ row home because “that’s the way [Italians] did it.” When Agia’s mother was a child, she lived around the corner from Agia’s father. Similarly, all nine of Agia’s aunts and uncles married other Italian-Americans living in South Philadelphia.

WHY DID ITALIAN-AMERICANS COME TO THE U.S.?

The period of mass immigration, the Italian immigration wave spanning from the 1880s to the 1920s, resulted from Italian Unification, or Risorgimento, which took place in 1861. Unification was a political movement that combined the different Italian states into the single state of the Kingdom of Italy. Prior to 1861, southern Italy – where most of the immigrants who came to Philadelphia lived – was the autonomous Kingdom of Two Sicilies. It was the largest of the states before unification, formed from the Kingdom of Sicily and the Kingdom of Naples.

“When unification took place, all of the autonomy that those regions had was lost and destroyed,” Agia said. “All the money, all the jobs went north.”

But some ended up heading east.

“The majority of the immigrants to South Philadelphia were from the south, Naples area, Sicily, Calabria, Palermo,” she added. “It was poverty brought on by political changes that were brought on by unification. The South didn’t matter.”

Marco Circelli, the executive director of Filitalia International, said the people of southern Italy essentially lost their control as a result of unification.

“After the years of unification, they decided to leave the country because they didn’t feel Italy was their actual country,” Circelli said. “They felt excluded from this new Italian government.”

Circelli, originally from Milan, has lived in the United States for more than seven years. Filitalia is a nonprofit organization that preserves the Italian heritage, language and customs. 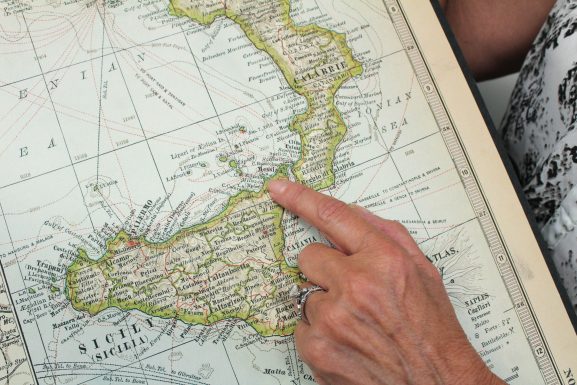 WHERE ITALIAN IMMIGRANTS SETTLED IN PHILADELPHIA

South Philadelphia became the hub for Italian-American immigrants. There was a sense of divisiveness between the Irish and Italian immigrants, and it was easy for Italians to group together in this neighborhood.

“The Italians could make an easy living by staying together,” Circelli said. “There was a sort of separation between the Irish community and Italian community. Both were Catholic but also they were different and they fought each other.”

Even today, the Italian presence in South Philadelphia is strong. The Italian Market, one of the biggest and oldest open-air markets in the United States, spans nearly 10 blocks of the neighborhood, while smaller family-owned Italian restaurants like Ralph’s Italian Restaurant dot the surrounding streets.

Despite their highly visible presence, Agia said the demographics in the neighborhood are changing. She described a growing trend of Southeast Asian immigrants moving into the area and added it’s not the first place wealthy people look to move to.

“To my grandfather [his house] was a mansion in 1925, now it is becoming a more gentrified area not because it’s up and coming, but I think because housing is more affordable,” she said. “They’re getting more young people in who are not necessarily Italian, and the new immigrants are moving in also.”

As a result, many Italians have moved over the years to southern New Jersey or into the suburbs to pursue job opportunities.

ITALIAN IMMIGRANTS BY THE NUMBERS

THE WORKING EXPERIENCE OF ITALIAN-AMERICANS

Most of the Italians who immigrated to Philadelphia during the period of mass immigration were laborers.

“My one grandfather had more jobs than you could count,” Agia recalled. “He was a taxi driver…he worked at Breyers ice cream, he was a plumber, he did whatever he had to do to keep the family going.”

Many were employed in textile factories and came to the U.S. for the opportunity to save money and start a family. Italian immigrants were particularly attracted to Philadelphia because it was the closest port to Scranton, Pennsylvania, where many went to find mining jobs.

“Most of the family made a living by mining, but a lot of people stayed in Philadelphia to start their own jobs because some of the Italians had the spirit to do a job,” Circelli said. “They already had a job, like tailors, like shoemakers, like carpenters.”

Today a lot of Italian-Americans in Philadelphia work professional white-collar jobs. The children and grandchildren of the first-generation Italian immigrants became well integrated into the American system, learning the language and becoming professionals, Circelli said.

He added new Italian immigrants to Philadelphia are well-educated, often holding Ph.D.s in biology, chemistry or engineering and come to work in the United States university system. 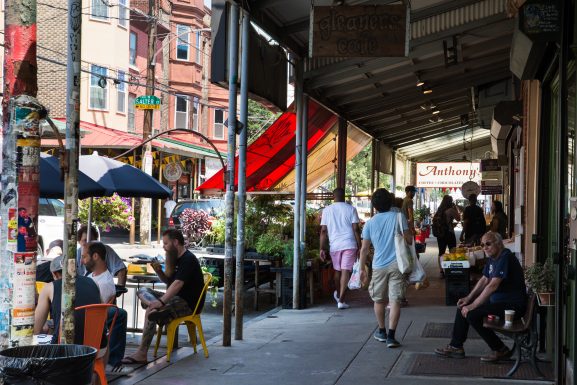 STRUGGLES OF THE ITALIAN IMMIGRANT EXPERIENCE

Italian-Americans faced discrimination issues when they first arrived because they didn’t know the language. Circelli said the immigrant group was treated like a secondary community, which only continued throughout World War II. Italy fought in the war against the U.S., and thousands of Italians in the country were put in concentration camps or had their movements and freedoms restricted.

“They were considered not white, so they discriminated Italians even by the color,” Circelli said. “If you see some of the certificates of citizenship issued to Italian people, they say, ‘ethnicity: Italian, complexion: dark,’ which was like a discrimination by the color. They appeared different.”

After World War II, Italians became better integrated into Philadelphia because the textile industry started booming. At the time, Philly was also a major city for opera, a historically Italian musical style.

“Because of the connection with culture and music, Italians had a very important place in the community culture of Philadelphia,” Circelli said.

As a group, Italian-Americans have integrated relatively seamlessly into the United States culture. So seamlessly some of them lost aspects of their culture along the way, like the native language.

“You see a lot of Italian-Americans, they don’t speak Italian,” Circelli said. “They decided to get rid of this thing by becoming more Americanized, but they kept other traditions like food, opera.”

While she was growing up, Agia’s grandfather forbade her and her parents from speaking Italian, which is why she now studies Italian at the American-Italy Society.

“If you didn’t speak English, according to my grandfather, you wouldn’t get a job because the Irish immigrants could speak English and they got jobs,” Agia said. “They so desperately wanted to be American that that was the first thing they did.”

She added she isn’t exactly sure why Italian-Americans integrated so well into the American culture compared to other immigrant groups, but guesses it’s a mixture of choices made by the groups as well as the American people.

“When the Italian immigrants in my grandparents’ age came over they lived in what was more or less a ghetto, they rarely went out,” Agia said. “Assimilation took 20, 25 years and part of that assimilation I think happened when…the kids went to school and went out into the communities and started to speak English and things changed.”

Still, Circelli said he thinks Italian-Americans continue to be discriminated against in the national political system in the U.S.

“It would be really difficult to have an Italian-American president of the United States,” he said. “We are still connected with…the food…and even the machismo because of ‘The Godfather.’ They’ve given us a frame in which Italians cannot be just considered as American.”

“Every town in Italy has a patron saint, so when those immigrants came over they kept whatever the saint was,” Agia said. “Saint Joseph on March 19 is a big Italian-American holiday because in Italy besides being the Feast of Saint Joseph it’s Father’s Day.”

The African Family Health Organization, located on Chestnut Street near 44th Street, works with African and Caribbean refugees to connect them with health and social services around the city. AFAHO’s services include ESL courses, case [Read More]

Though it may seem like an ordinary Pilates studio, Pilates in Germantown is the unlikely home to Germantown’s symbolic logo. Owner Jeffrey Smith bought the rights to the design in order to save its significance [Read More]

Philadelphia presents itself as a city where artists can not only do what they love as a career, but they can also live comfortably while doing so. Without the people who help network, teach and [Read More]