Joe Gordon has been an immigration lawyer since 2012. His office may be based in North Philadelphia at 4719 N. Broad St., but his work takes him throughout the city and the effects are felt around the globe.

Gordon is an all-around family man – practicing family-based immigration law by day and spending his evenings with his wife and four-year-old daughter whom he proudly keeps up to date on today’s immigration issues.

How did you find your way into immigration law?

So I was born in Montreal, Canada and I lived for multiple years outside of the United States before I was five years old. I had the experience of returning to the United States and it was similar to the experience people have of coming to the United States for the first time. I felt a little bit out of place, or I didn’t have the same background everybody else had. That planted a seed for me that it shouldn’t really matter where you’ve lived or what your background looks like; everybody ought to have a full opportunity to participate and be fully American.

But I didn’t discover immigration law as a possibility for me until 2012. I got in the right conversation with the right person and I saw the possibility of it. For me that was the way my friend said it when he put the proposition to me, “Joe there’s people here who are just trying to navigate a complicated system so that they and their families can have a better future. And the system seems stacked against them and it’s complicated and they don’t understand it. And some of the people that they turn to for help take advantage of them, rip them off, take their money but don’t return their calls. And it would make such a difference to have a person of integrity be the person who could guide them through those obstacles.” When he said that I saw the possibility of it, who I could be for them, and that spoke to me. So I took on a case and then I got fully involved and now I’m an immigration lawyer. 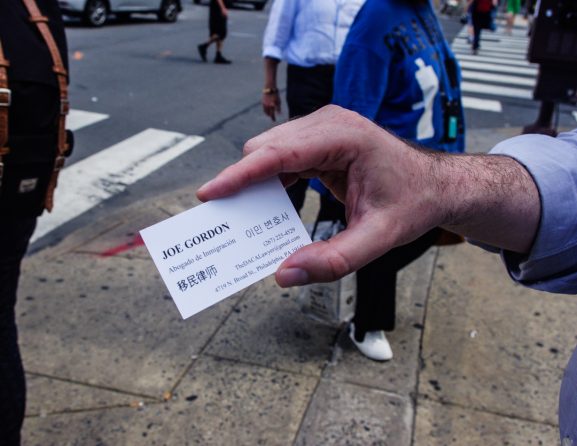 In what ways have the laws changed since you’ve been practicing in the immigration arena?

In recognizing that I’m relatively newer compared to the average length of time practicing immigration law in this town – which is probably more like 20 years – when I came in, immigration was not yet a front-page topic. The reputation of immigration lawyers languished and it wasn’t top-of-mind for most people. It was really important for the people dealing with the process, either trying to get their employee here, or bring their mom here or fighting to stay. But for most Americans it wasn’t a day-to-day thought necessarily, depending on them and their situation, their needs.

With Obama’s frustration with Congress’s unwillingness to act – to take up the Dream Act and pass it, to resolve the situation of dreamers, to deal with a dysfunctional system – it became controversial in a new way. It became a political flashpoint. It became something that everybody was more aware of, starting just with the front page of the newspaper. And then with the beginning of the campaign of Donald Trump, the context shifted and I would say to a darker direction as immigrants were painted with a much darker brush, with a much louder megaphone, with the description of immigrants as dangerous, as marauding hordes or whatever the metaphor was. 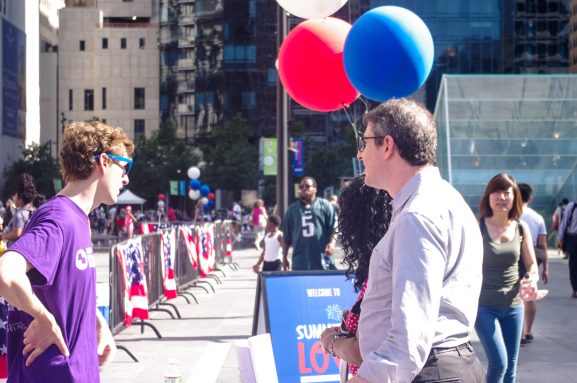 Are more families being separated as immigration reform continually morphs in the United States?

There’s a need for what advocates call comprehensive immigration reform. Meaning revisiting the assumptions built in to how we do this thing and generally it refers to something that includes legalization and regularization of the status of the millions of people who are here and have been living here mostly but don’t have valid immigration status.

In the meantime, the situation is becoming more challenging for many families who have been able to rely on the good will and good graces of the government. So the changes to TPS (Temporary Protected Status) for example, the decision of the federal government to attempt to undo DACA (Deferred Action for Childhood Arrivals) – which has been challenged and is under court review – as well as other undoings of the Obama era and previous efforts to take care of people who didn’t have full status here. But we also didn’t want to be cruel or hasty or inhumane and return them to places where it was dangerous.

Under Obama there was a policy, a very deliberate top-down attempt to focus prosecutorial resources where they were most needed. So criminal cases and even outside of criminal, but immigration related efforts in court, would mostly be focused on people who were a danger to the public, repeat offenders or committed serious crimes, as opposed to focusing on people if there’s a spectrum of goodness or badness. People way over on the other end – breadwinner for their family, lived here 20 years, never committed any crimes, has six American kids – that person looks more like an integrated member of the community. Whereas, the drug dealer or the multiple murderer is somebody that should really be focused on. That was one of the things undone early in this administration and now the priority it seems is everyone, including people married to U.S. citizens, including people who are long-standing members of the community, including people with DACA in some cases.

It hasn’t yet reached the point where every single person in the country without citizenship believes that there is going to be a knock on their door and their family is going to be broken up, but it’s gotten worse and the effort includes directives to oppose relief whenever possible, to speed things up whenever possible, to streamline and make more aggressive the enforcement of the removal aspects of immigration in particular. At the same time, all kinds of efforts to make the economy work better and help families … but we’re making the country less attractive to people who might want to come here and work. The emphasis now is on making enforcement more aggressive and making the country less welcoming which is, in my view, very unfortunate. 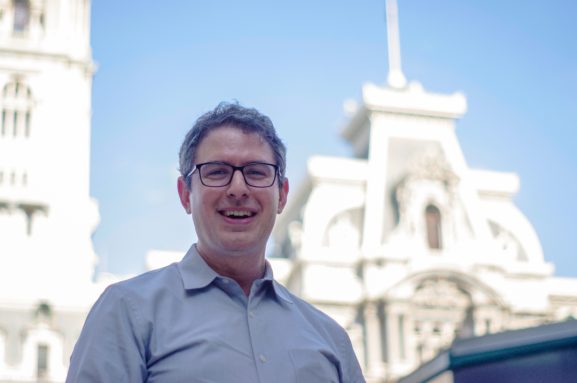 It seems that immigration law is a little more personal than other areas of law. Is that one of the difficulties of the job?

It can be. I’m in awe of people who do family law. While they may deal with reunification of families, or families at their best – adoption and that kind of thing – the stereotype I had of family law is that they deal with families at their worst moments: strained, stressed, divorced, fighting over custody. That’s as personal as it gets. The average lawyer doesn’t necessarily deal with areas of law where the emotions are that high. If you’re doing tax, if you’re doing any number of areas, it may matter but it may not be like that, that people’s very ability to live in the same house as a family member is at stake.

And it often gets that way in immigration law, depending on what area of immigration you’re doing and what your cases look like, so I had to find my footing somehow. I had to have a place to stand. So, I say what I do is I help people become Americans. I help people keep their families together and I help people strive to fulfill their dreams. And with that underneath me, I can deal with what comes and what comes is life. So, I’ve had clients talking to me about threats of death and torture. I’ve had clients talking with me about attacks by armed gangs and about domestic abuse. These are, in some cases, people who have crossed thousands of miles, overcome huge obstacles at great personal risk so that they, or more often their family, can have a better future. It can be challenging. It can be tremendously inspiring.

ActionAIDS is a Philadelphia-based organization that focuses on creating an AIDS-free generation through a variety of proven strategies. Located at 1216 Arch St., the organization seeks to sustain and improve the quality of life for [Read More]

The Cortez family opened up a Mexican restaurant that sells authentic Birria Tacos after immigrating from Guatemala back in 2013. They worked hard to sustain the business amidst a global pandemic, while providing the public with high quality Mexican food. [Read More]

Sundrop Carter of the Pennsylvania Immigration and Citizenship Coalition recently celebrated her five year anniversary with the organization. Now in her third year as the executive director, she enjoys working to infuse the collective thinking [Read More]