The United States Immigration and Customs Enforcement, also known as ICE, has recently found itself at the center of national discussions surrounding immigration policy. Locally, Philadelphia’s ICE Field Office, which is the most aggressive in the nation, has found itself under fire from activists while the agency defends its actions.

ICE was established in 2003 after a government overhaul was initiated by terrorist attacks on 9/11. The Department of Homeland Security (DHS) was established in late 2002 and ICE became one of the agencies placed under its umbrella. ICE’s mandate is to enforce federal laws concerning border control, customs, trade and immigration. 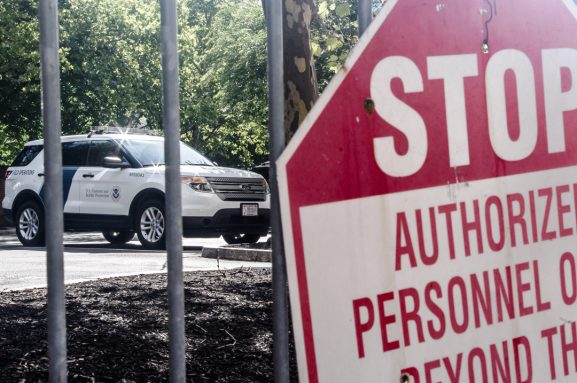 Before ICE, under the Department of Justice, Immigration and Naturalization Services (INS) did a majority of the work revolving around the country’s immigration. When ICE was created it took over the responsibilities of INS as well as the work of the former United States Customs Services.

“Effectively, the due process and civil end of immigration happen[ed] … under the Department of Justice,” said At-Large Councilwoman Helen Gym. “And post-9/11, they separated the detention and deportation to an entirely separate part of the U.S. government, now under Department of Homeland Security, which deals with terroristic threats to the United States.” 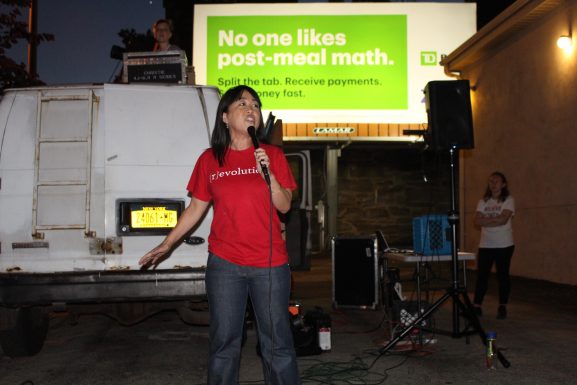 ICE has three departments, although most are only aware of the agency’s Enforcement and Removal Operations (ERO). Homeland Security Investigations (HSI) and the Office of Principal Legal Adviser (OPLA) also conduct daily activities helping the agency function as a whole.

With an annual budget of approximately $6 billion, ICE spent more than $3.7 billion on the ERO sector in 2017 alone. President Donald Trump’s budget for 2018 allocated $4.8 billion to be spent on those operations.

The DHS reports that only 1 percent of ERO are actually intended to “mature and strengthen homeland security,” while 99 percent of the branch’s mission is to enforce immigration law.

The HSI sector of ICE is responsible for preventing terrorism, both inside and outside of the country’s borders, and investigating criminal activities, some of which include human trafficking as well as drug and weapons smuggling.

ICE consists of more 20,000 employees, nearly half of which work within the corridors of HSI operations.

OPLA focuses on the litigation end of the spectrum, working to assist ICE in matters of the law and representing the agency in immigration courts. 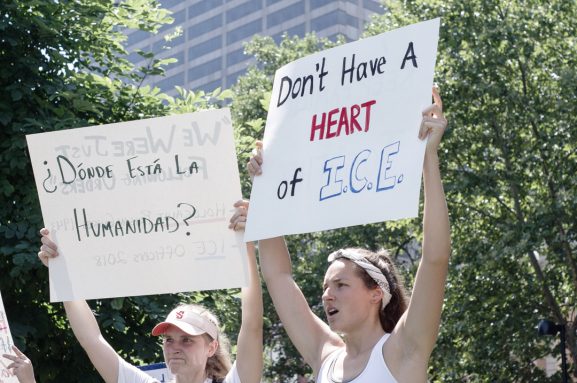 During the first 100 days of the Trump presidency, ICE arrests increased by 40 percent compared to the same time period in 2016 during Obama’s last year in office.

Protesters and even some politicians from across the country have been critical of ICE. Locally, Gym said she believes ICE should be eliminated.

“It is my belief that immigrants, no matter what their category, do not in any way belong under Homeland Security,” she said. “We managed this pre-9/11, so it was fully managed under the Department of Justice before. I think if people were unhappy with the way it worked, then we should look at what didn’t work pre-9/11 and revisit that.” 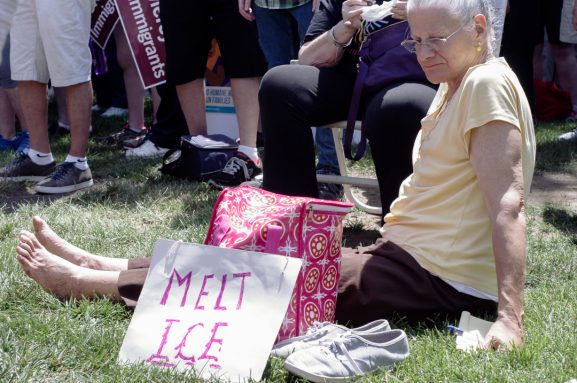 Philadelphia’s ICE Field Office is the most aggressive in the nation — 64 percent of undocumented immigrants arrested have no criminal record, according to 2017 data.

“It’s unfortunate that misleading information falsely accuses ICE of conducting indiscriminate raids and sweeps, demonizing the men and women whose job it is to enforce the laws Congress writes,” HSI officials told PhiladelphiaNeighborhoods, via a written response to questions asked. “The fact is that 92 percent of all aliens arrested by ICE this year had criminal convictions, pending criminal charges, were an immigration fugitive, or were an illegal re-entrant.”

Protesters in Philadelphia have called for ICE to be abolished throughout the summer, staging days-long protests at both City Hall and the ICE Office at Eighth and Cherry streets. Recently, these protesters scored a victory when Mayor Jim Kenney announced he would not renew the Preliminary Arraignment Reporting System (PARS) contract in August which allowed ICE to access the city’s arrest database. 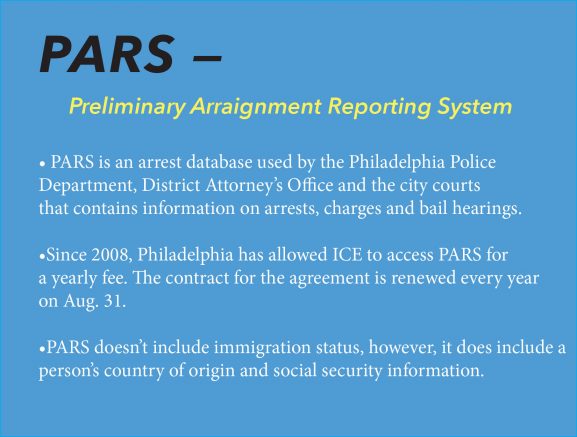 “For some time now we have been concerned that ICE uses PARS in inappropriate ways, including to conduct investigations that result in immigration enforcement against law-abiding Philadelphia residents,” Kenney said in the statement. “Such practices sow fear and distrust in Philadelphia’s great immigrant community, and make it more difficult for our Police Department to solve crimes. I cannot in good conscience allow the agreement to continue.”

Just months after fielding a heavy round of public criticism over the summer’s fatal building collapse on Market Street, the city’s Licenses and Inspections Department could see a new wave of controversy in the coming [Read More]

The Mayor’s Commission on Literacy was created in 1983 under an executive order. Its original purpose was to teach adults reading, writing and mathematics. Since then, the commission has expanded to also teach digital literacy [Read More]

Sundrop Carter of the Pennsylvania Immigration and Citizenship Coalition recently celebrated her five year anniversary with the organization. Now in her third year as the executive director, she enjoys working to infuse the collective thinking [Read More]