Pope Francis ended his inaugural visit to the United States of America, celebrating multiple masses and public events as part of the World Meeting of Families.  One of the primary issues the Pontiff focused on during his time in the US was immigration. In his address to the United States Congress, Pope Francis drew on his own origin as a child of Italian immigrants in Argentina and connected it to the immigrant experience of Americans descended from Europeans, and then to the plight of refugees around the world.

In his homily at Madison Square Garden in New York City, he called for greater attention to be paid the underprivileged in our cities, the homeless, the elderly, and the under-educated.

Though Philadelphia is not on the physical frontier of immigration crises, it continues to host a strong community of immigrants. Historically, Irish and Italian Catholics found homes in Philadelphia’s diverse community of neighborhoods. In contemporary times, the Holy Redeemer Chinese Catholic Community at 9th and Vine streets has become a sort of landing pad for Chinese Catholics seeking a place to practice their faith freely. The community provides religious services, linguistic, legal and medical services for the under-served, and also runs a Catholic elementary school. 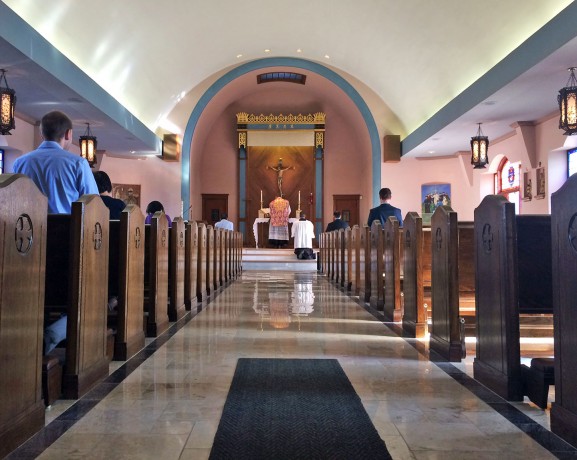 Father Tom Betz serves as a priest at Holy Redeemer, where he has been a member of the parish community for many years.

“A good many of our people become Catholic here, especially through the school,” Father Tom said. “A good many of our parishioners, especially the newer ones, come from China already Catholic. Even though it’s the same Catholic Church, that would give them a different church experience. In China, it’s an underground church, so many people practice their faith in homes and a garages and such.”

Father Tom, who is both an ordained priest and a licensed attorney, described an asylum case that he argued before an immigration court on behalf of a  Chinese man who’d been tortured in China for practicing Catholicism.

“People come here all the time for legal advice,” Father Tom said. “If I represent someone, it’s usually for immigration cases. I have a man who came who was part of the underground church in China. The mass was being held in his house and so, when the police raided his home, he was electroshocked for a couple days.  I’ve also represented people, mainly women who were forcibly sterilized under strict one-child policies.”

Holy Redeemer holds mass in a variety of languages, including Cantonese, Mandarin and Laotian as well as English, every Sunday.

“It’s nice to have a community here,” says Angela Vales, a lifelong member of the Holy Redeemer congregation. “We see immigrants at all levels – new immigrants, second, third generations.  Chinatown is a wonderful place to come back and revisit the culture, and to be reconnected to our heritage.” 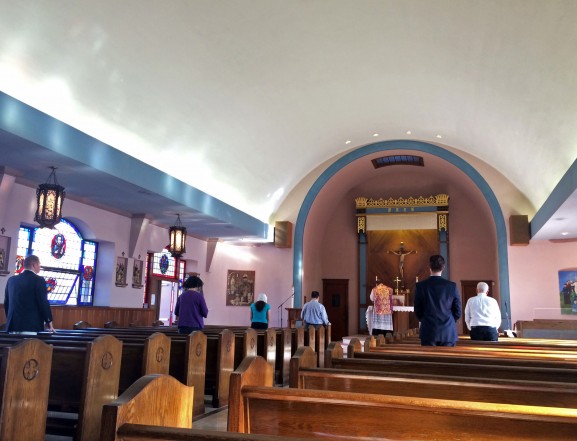 During the weekend’s festivities, Holy Redeemer hosted pilgrims from around the country and around the world in its gymnasium.

Will Huang, a student at Catholic University in Washington D.C. was among the visitors staying the weekend at the church.

“I’ve been a lifelong Catholic,” he said. “I didn’t want to pass up a chance to see the Pope speak. I also brought my girlfriend along with to introduce her to Catholicism. What better way than this?”

It’s different here. Seven miles north of City Hall and almost a mile east from Broad Street lies Olney. The city’s grid system has broken down, with the Roosevelt Boulevard zooming to the south. After [Read More]

As the daughter of immigrants, Councilwoman Helen Gym has dedicated much of her time in public service as an at-large member of Philadelphia City Council to advocating for the city’s immigrant and refugee communities. Gym [Read More]

Northeast Philadelphia is full of special and unique places, but one area in particular takes the cake for iconic cultural diversity in markets, travel and restaurants. Bustleton Avenue is home to five of the most [Read More]