On the 2400 block of North 59th Street, just below the newly named W. Wilson Goode Sr. Way, stands a four-foot-tall shrine that reads, “To honor former Mayor W. Wilson Goode Sr. with a street, is to dishonor the 11 MOVE ancestors and the Osage Avenue/Pine Street neighbors.”

The shrine was created by Philadelphia activist Maisha Sullivan-Ongoza. On Saturday, Oct. 13, the memorial was unveiled to a crowd of nearly 65 people. Drums and chants of “No Goode Way” were heard as the crowd marched down the block, declaring their opposition to the street now named after the former mayor.

The street sign has garnered a lot of attention due to Goode’s controversial term. Following the announcement of the renaming, protests occurred at the ceremony of the renaming in September. Community members gathered to protest the honoring of a man whose decision to authorize a bomb released on a row home killed 11 people and destroyed more than 60 homes.

Sullivan-Ongoza explained that the shrine was created not only as a reaction to the renaming but also served as a visual reminder for those who were lost in the bombing.

“We’re morally obligated to remember these people, and to not allow [officials] to do revisionist history,” Sullivan-Ongoza said. “We’re doing something we should’ve done a long time ago.”

The shrine has been up since mid-October. The red wooden panel features facts about the MOVE bombing, pictures and a toy diorama with policemen and fire trucks, all of which illustrate the events of that day in 1985. 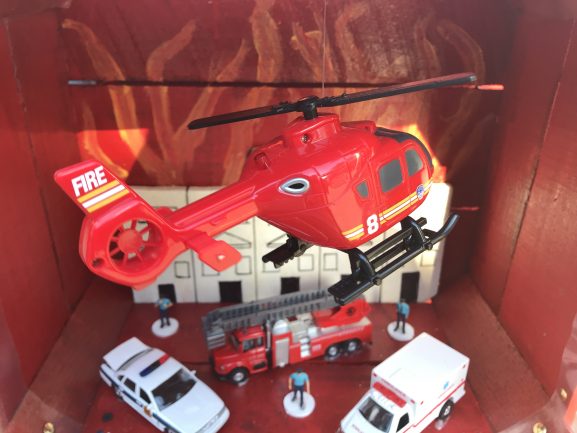 “I wanted the toys to represent the children [who were killed],” Sullivan-Ongoza said, describing her thought process to those around her during the unveiling. “But it also represents what killed them: the police and the firefighters.”

Linn Washington, professor at Temple University and writer for Al Dia News, was present on the day of the bombing in May of 1985. After covering MOVE for 10 years, Washington witnessed the community respond with horror as more than 10,000 bullets were fired by police officials. The fire spread down the 6200 blocks of Osage Avenue.

“The initial outrage and anger was directed at the police, and then to a lesser degree to the firefighters,” Washington said. “But, when Wilson came out the next day and said that while he was essentially devastated about what happened, he would do the same thing again. Then folks started focusing in on him.” 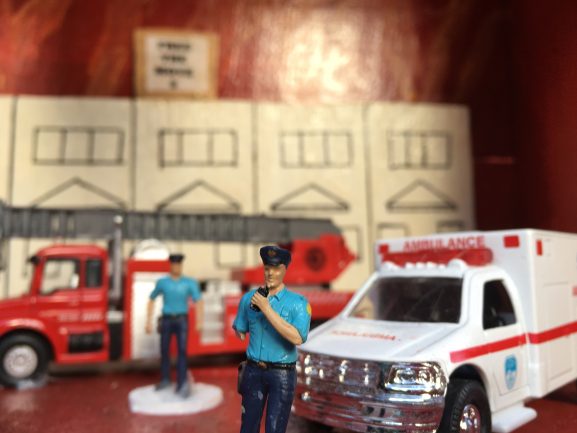 Milele Sullivan attended the memorial ceremony and explained that the renaming of the street in Goode’s honor symbolized an apathy toward those affected by the bombing.

“It’s more than just a piece of tin,” Sullivan said. “It signifies hurt, it signifies destruction. This pain and this destruction is still here 33 years later.”

Sullivan said the police’s response for the shrine ceremony was better than it was for the renaming ceremony.

“They blocked off a street for us so we could walk in,” Sullivan said. “I’m just thankful that the energy of the police presence wasn’t as intense as it was the first time.”

Throughout the demonstration, Philadelphia community members played music, marched and held signs to express opposition to the renaming. They also walked along the block with a red, black and green striped flag, also known as the Pan-African or Black liberation flag, to signify black pride and civil rights.

The community is advocating for the removal of the street sign and are supporting compensation for the families who directly suffered the consequences of the attack. A flyer distributed by the Serudj-Ta Alliance for Restorative Justice at the shrine ceremony read, “We expect and DEMAND reasonable transparency, inclusion, ethical reasoning and clarity.”

According to the flyer, the alliance is a multi-general group of activists and is requesting more regard for the community by asking Philadelphia City Council representatives to be more honest, fair and informative. The Serudj-Ta Alliance was founded shortly after the street renaming in late September.

Best-selling author and award-winning journalist Solomon Jones also discussed the impact that the MOVE bombing had on Philadelphia and on the former mayor.

“That incident created a stain on him as mayor and on the city that just has not gone away,” said Jones. “I understand because people are still very upset, very angry, and you can’t discount the cost of 11 lives.”

Though the approval to rename the street was met with community backlash, the Praise Philly host also mentioned that Mayor Goode’s term should not be entirely discredited, despite the bombing.

“While I don’t know if they should have named a street after him, he is someone who should be recognized for the many good things he’s done for the city,” Jones said.

Washington explained that the outrage toward the renaming was a reaction not only to the bombing of 1985 but the injustice that continues to take place in the police force and criminal justice system.

“Because there was no accountability for any of those that were involved in the holocaust that took place in May of 1985, there’s no closure,” Washington said. “So people are still just angry and it’s not just that one day. It’s all of the police brutality and all of the institutional racism and structural inequities that led up to that. And all that have come after that. People are just pissed off that these injustices continue and, rightly or wrongly, a focus of that deep-seeded and roiling anger has settled around Wilson Goode.”

Iman Marcano-Sowell always loved cooking, but it was never her dream until she and her mother opened their food stand, Calypso, in the Chestnut Hill Farmer’s Market in May 2009. “I just knew that she [Read More]