Boasting an array of pots, cups, jewelry and many other household items, Neighborhood Potters offers a variety of colors for a dreamer’s chance at the ultimate decoration.

Married couple Neil Patterson and Sandi Pierantozzi, who share a passion for ceramics, are in their seventh year of owning Neighborhood Potters, a shop that sells various forms of clay as well as offers pottery classes five times a week.

All of the pieces sold in the shop are created by Patterson and Pierantozzi. The dominant pieces sold include mugs, garden pottery, teapots, statues and trays, which are all made with a base of clay.

Most of the items in the shop are considered ceramic; however, there are pieces of various jewelry including earrings, necklaces and bracelets.

Although the studio is used to create and sell artwork, the original intent was simply for Patterson’s and Pierantozzi’s creativity.

The studio idea was born after they became romantically involved.

The couple met at an art conference in Denver in 1989. Both shared an interest in pottery and chatted briefly. Since computers and texting had not become the main means of communication yet, Patterson and Pierantozzi kept it old-fashioned.

“We wrote letters back and forth,” said Patterson, while he reached for Pierantozzi’s hand. “It was old-fashioned, but it went on for months.”

At the time, Pierantozzi had her own graphics program and Patterson was finishing up his master’s degree in ceramics. Both noticed their mutual passion for art, especially ceramics.

Eventually, Patterson made the move to Philadelphia and the couple decided to open their own studio, which would allow them to make items through their own inspirations. They had saved up money between Patterson teaching at Temple University’s Tyler School of Art and Pierantozzi’s graphic business. Plus, both were selling their own artwork on the side.

“We had two options, one in Center City and the other in Fairmount,” said Pierantozzi. “Our house was only a few blocks away, so we just imagined what it would be [like] … to just walk to work.”

Ultimately in 2000, they chose the 2000 block of Fairmount Avenue and immediately began renovating the two-story building.

During the five years of renovation, the couple noticed how neighborhood-friendly Fairmount was and they began speaking about what they hoped the building would be.

At first, the two were unsure what their art studio would entail. Their original plan was to have a simple studio to work in; however, it quickly expanded.

With all of the people wanting to support the local businesses in the neighborhood, the couple saw potential success in selling their wares and offering classes.

In the beginning, they were only teaching class one night a week to about five students; however, within the last two years, they began each teaching two nights a week as well as a class on Saturdays for children to accommodate rising artists. They even teach special classes for schools studying certain forms of art.

The average price for a class is less than $200 for a six-week course, and includes everything a student would need.

According to Pierantozzi, some of the people attending have been there since they began classes over five years ago.

“People come in and show us something they found on a walk or in a magazine,” said Pierantozzi. “They say, ‘We want to make this’ and then they do.”

Most pieces only take one three-hour class to create. The atmosphere aids with the work since students are constantly encouraging each other.

Trish DeMasi has been taking a class over a year and is currently working on a flower pot with a bird attached to the top.

“Fairmount is a great neighborhood area and [Pierantozzi and Patterson] are one of the reasons,” said DeMasi. “I love sitting here just working with clay.”

With the couple teaching children on the weekends and adults during the work week, Patterson and Pierantozzi are constantly asked about the status of Neighborhood Potters.

“People are always asking us, ‘Well, how’s business?’ which is a weird question to me,” said Patterson. “We are a creative studio.”

“Business is always good if you work in a studio,” said Pierantozzi. “That is the beauty about working with art.”

According to the couple, there was never a moment of doubt about keeping the studio open. Both had saved up a substantial amount of money. Plus they received income from selling their pieces and hosting pottery classes in six- to eight-week periods.

Even if business was bad, the two could never imagine leaving Fairmount because of the friendliness of the neighborhood and the passion they feel toward clay.

“Art puts a smile on my face,” said Pierantozzi. “Nothing else quite brings a better feeling to me.” 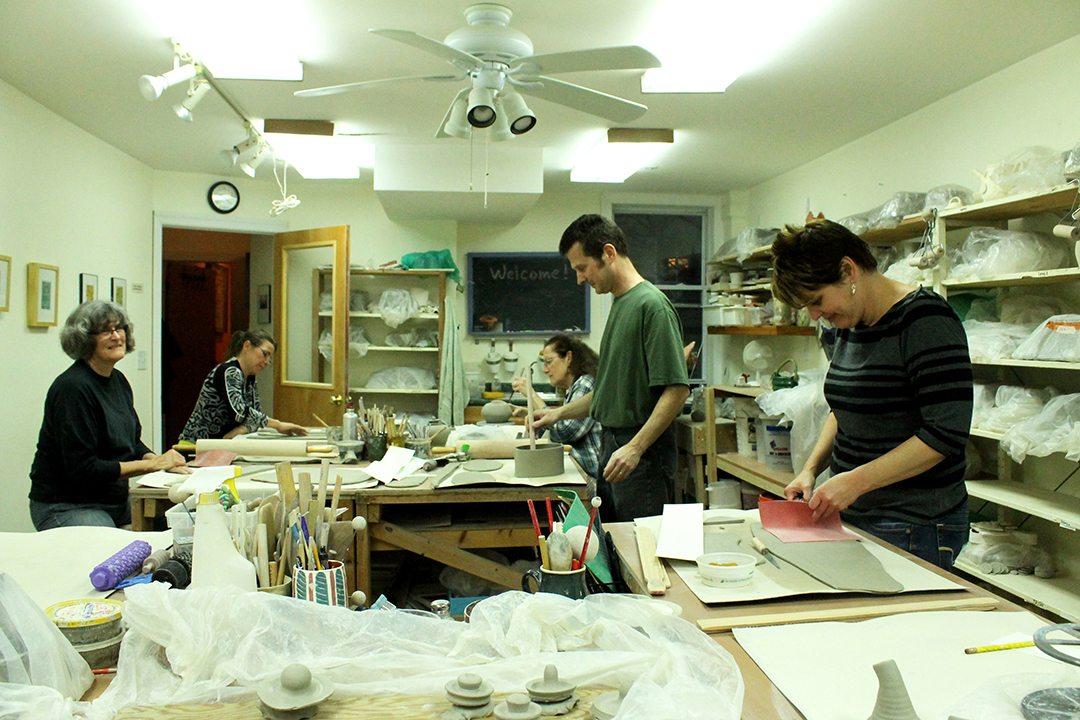 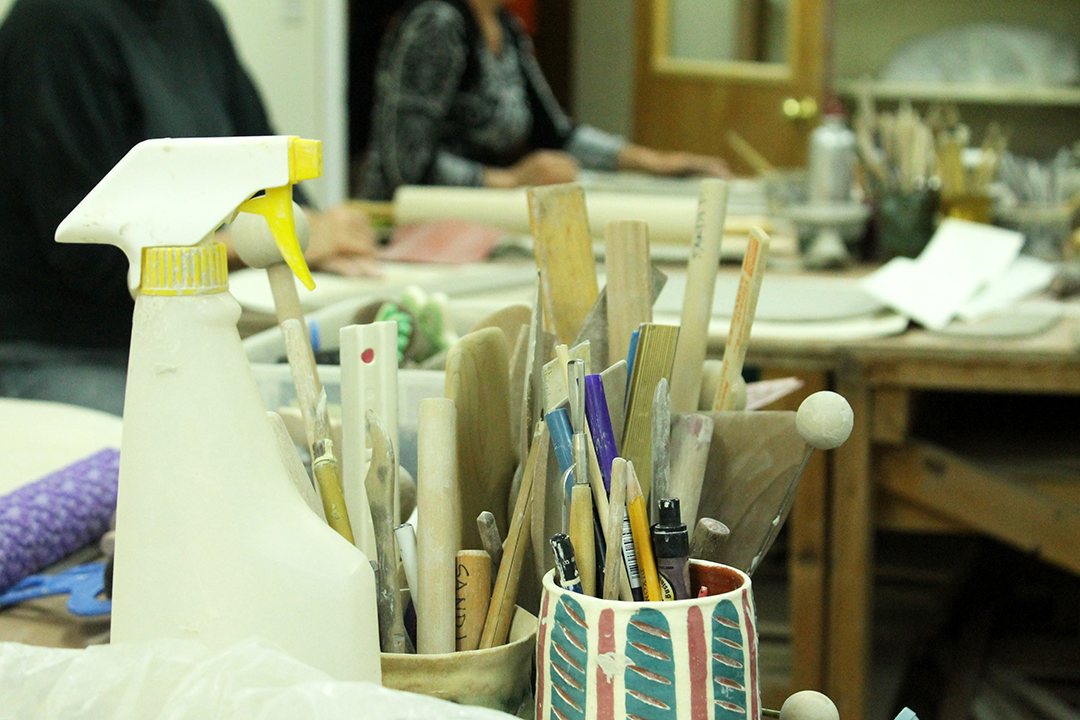 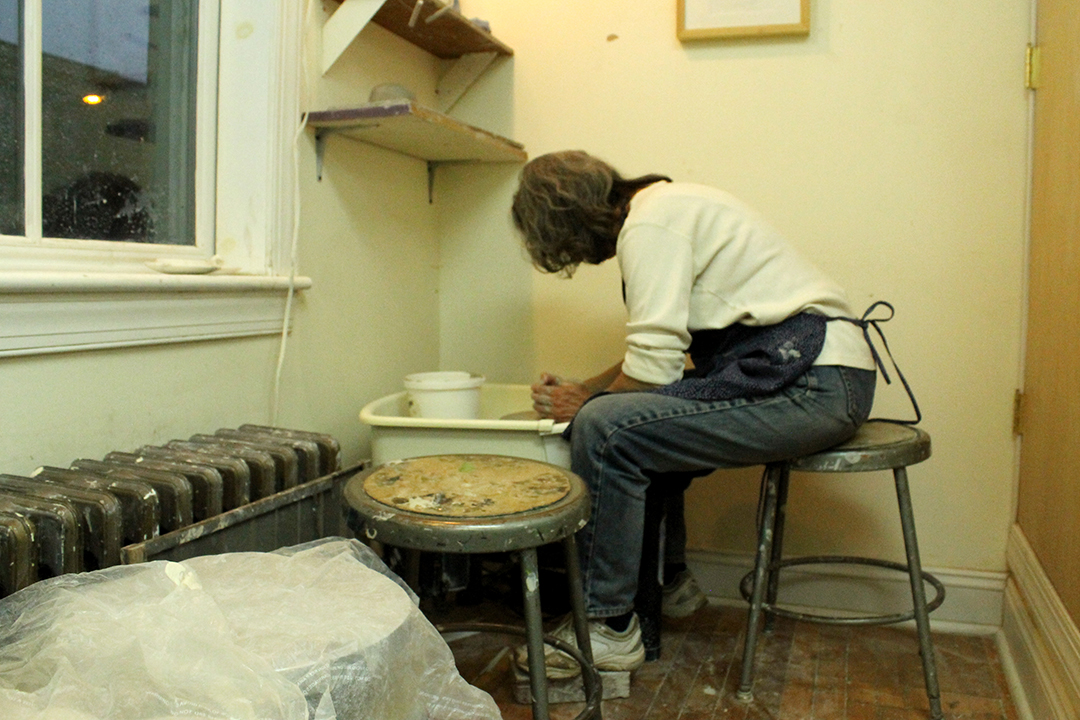 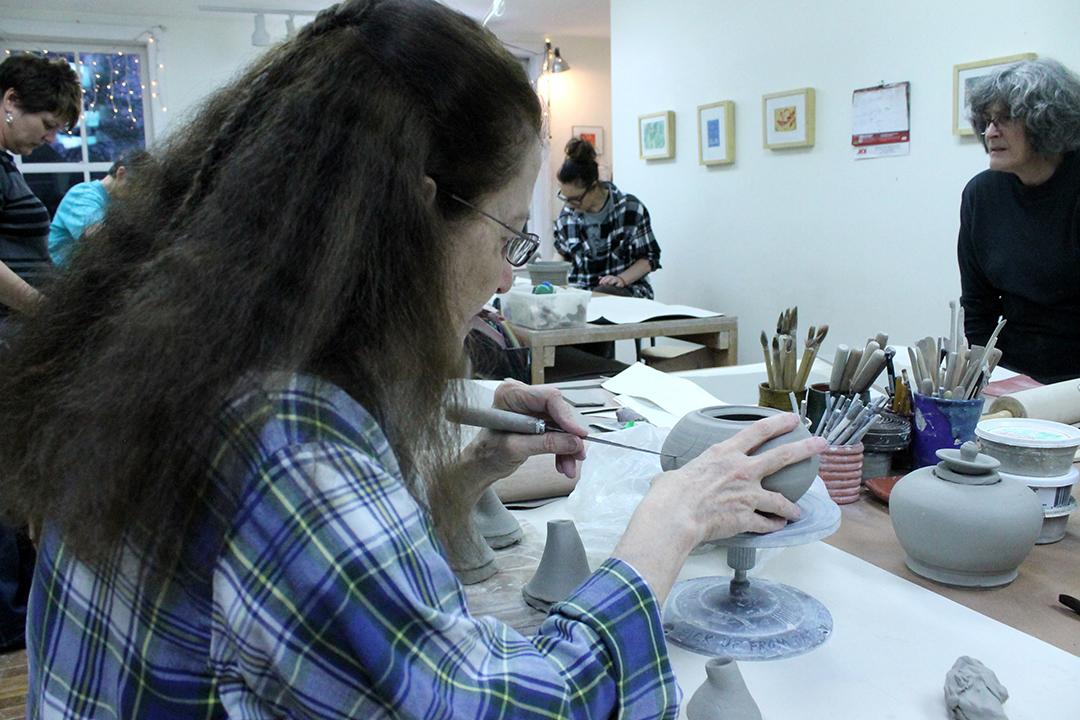 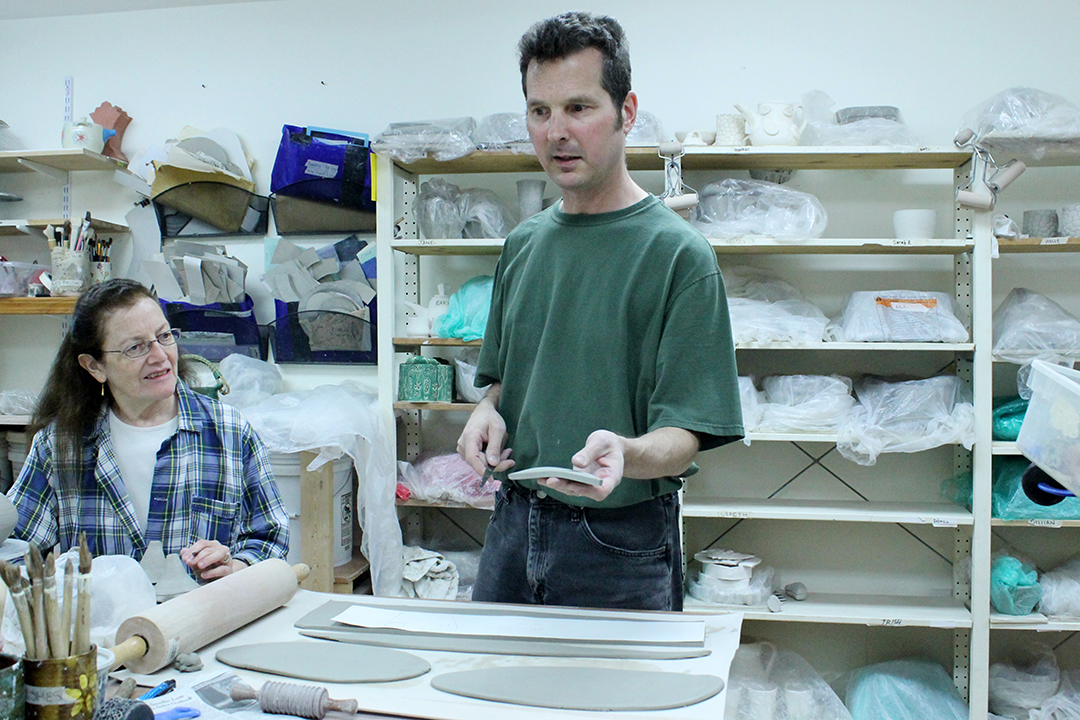 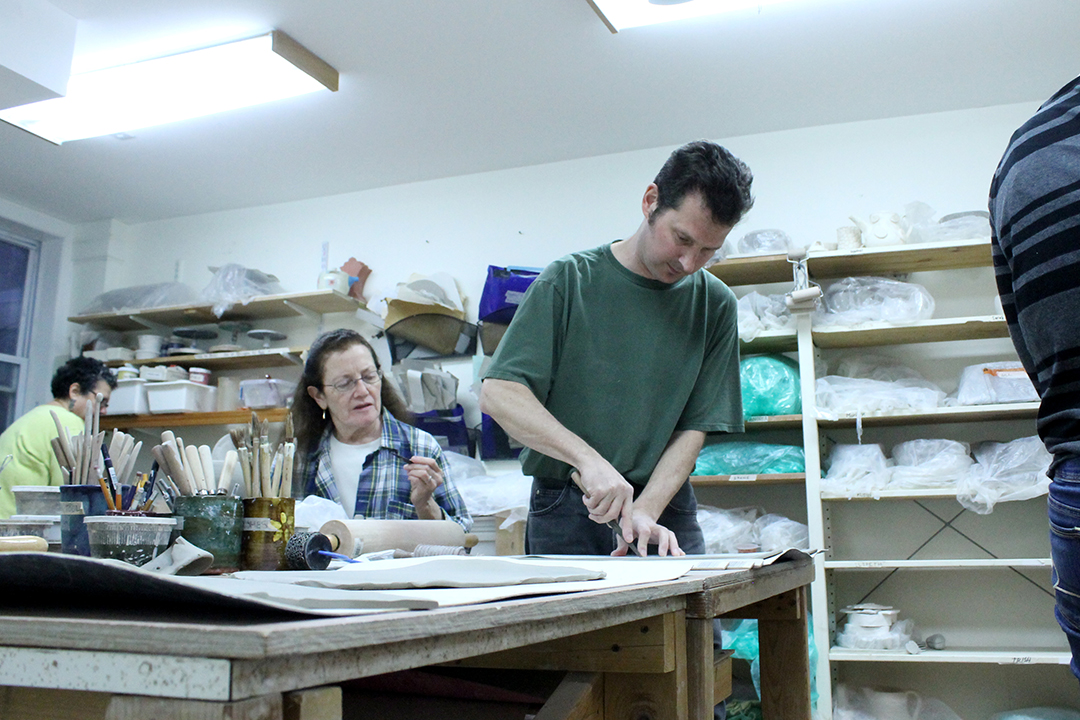 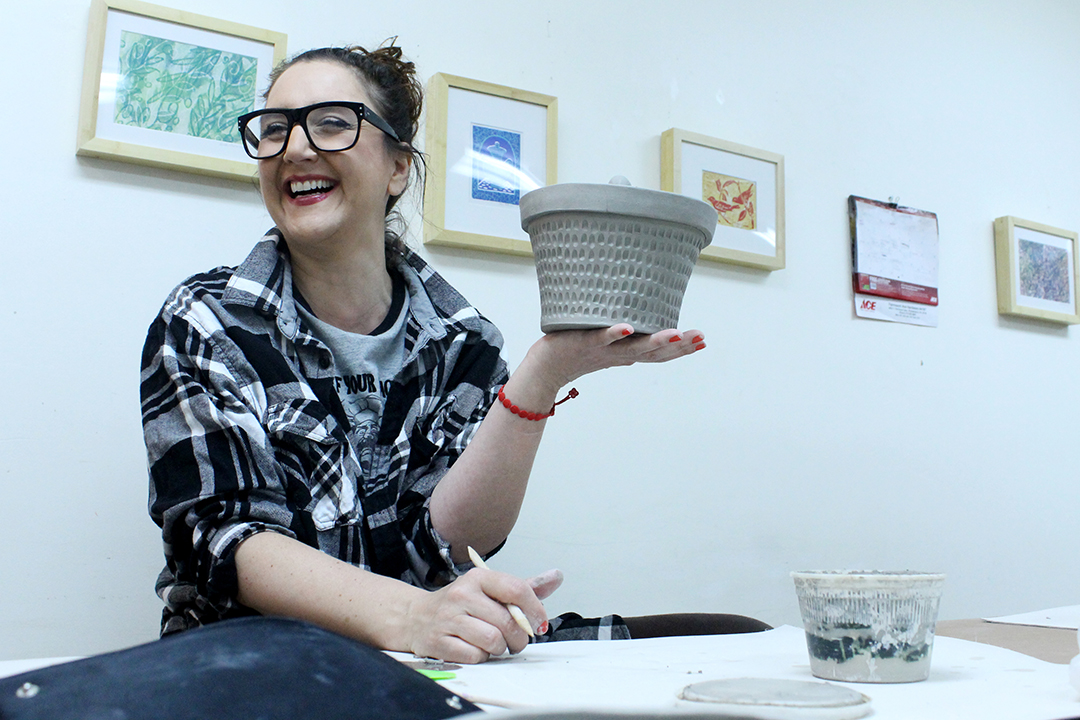 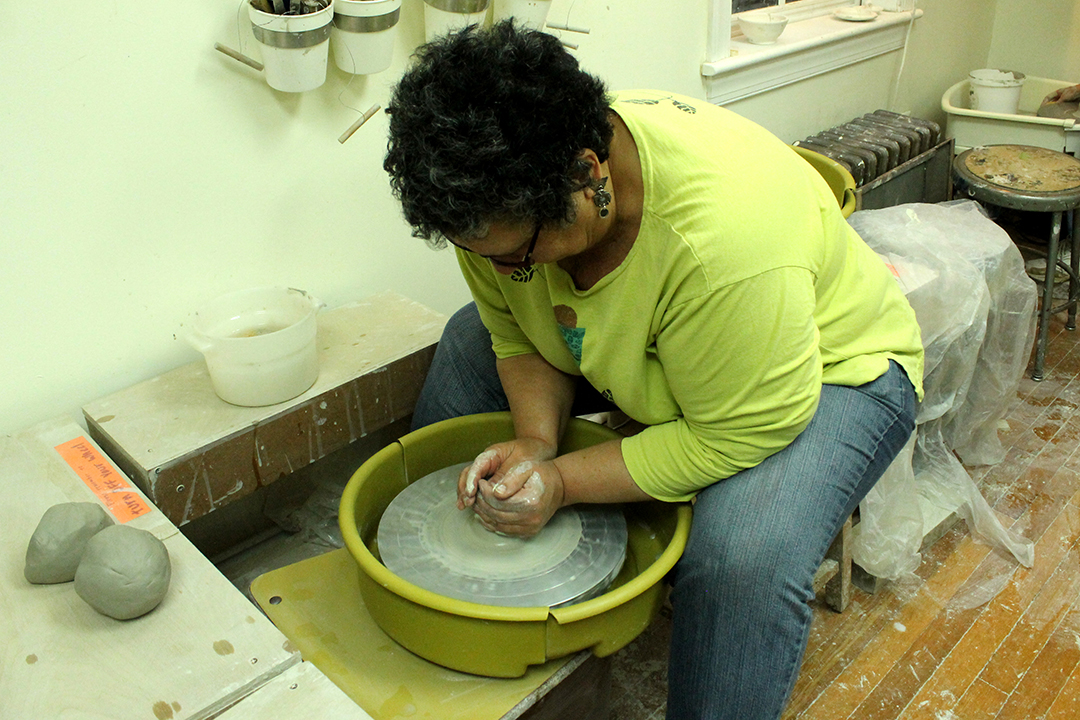 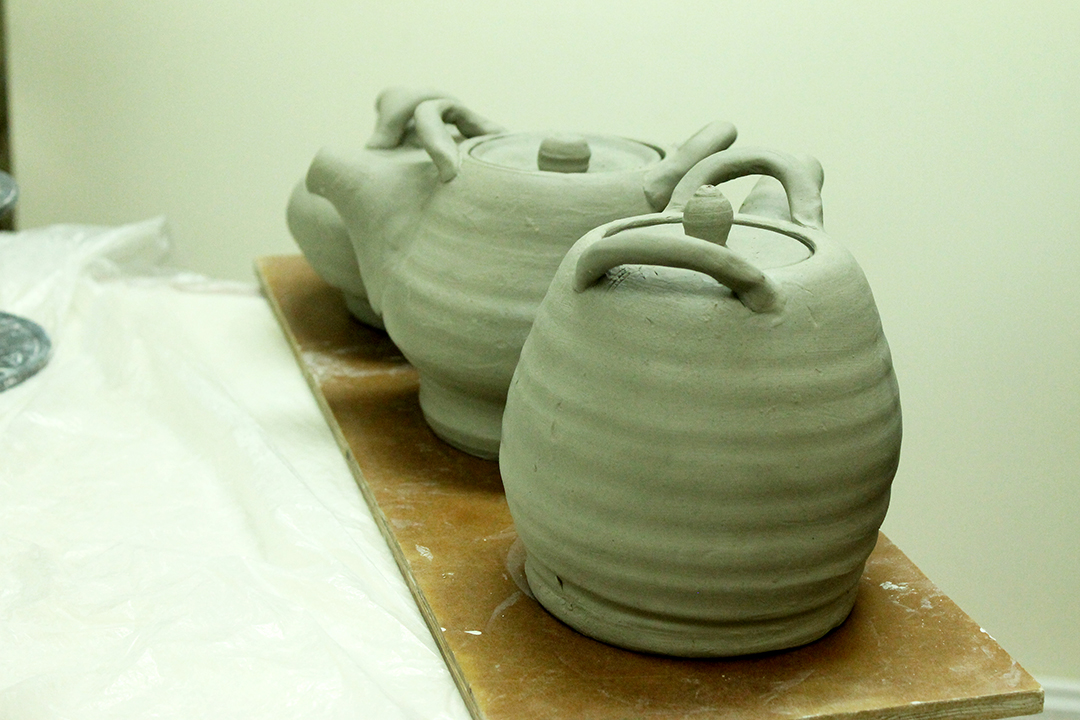 – Photos, video and text by Amber Curtis and Courtney Marabella

On the Morning of 9/11, Robert Herzog was on his way to work. His office building was located on the 96th floor of World Trade Center One (North Tower). That morning, he did things he […]

The Fairmount neighborhood was recently bombarded with local artists showcasing their most recent accomplishments. The Fairmount Arts Crawl, which allowed visitors to view and purchase artwork at participating restaurants, celebrated its 10th anniversary on April […]

When you walk around Fairmount and Girard avenues, you might begin to notice local businesses receiving a facelift. The facades of some local businesses have been assisted in their transformations with help from a city-run […]