Ronald Crawford sat at his desk in his office at Stop and Surrender, an alcohol and drug treatment facility, as he gathered his curriculum for his latest group therapy session. The difference with this session is he needed his black Logitech speakers. The reason?

Hip-hop therapy consists of analyzing rap lyrics to teach social counseling skills and allows participants to relate and connect with the content. It’s made to address a group of individuals who are underserved in the behavioral health system.

Crawford is the founder of Honesty Hurts, a consulting firm that uses book publication and clinical intervention to help people with therapeutic needs. He’s been a therapist for 22 years now and he’s been using hip-hop therapy since 2005. As a therapist, he’s found that it’s much more engaging for young people.

“While listening to lyrics in group and individual sessions you can increase literacy,” Crawford said. “You can increase reading comprehension and you can get people to be more verbal who aren’t as willing to engage.”

Crawford first heard about hip-hop being used in nontraditional ways by professors such as Michael Eric Dyson from Georgetown University and Michael Coard from Temple University. He figured if it was being used in academia then he could use it as a therapeutic tool. Others across the country also use it during therapy, but it hasn’t been implemented on a wide scale yet.

His “lightbulb moment” came when he was a GED teacher. His students couldn’t grasp Mark Twain’s readings so he posed a different question instead: Who’s the best rapper? Biggie, Jay-Z or Nas.

“From that question came a discussion of concepts of poetry, grammar comprehension and I thought, ‘Wow this is a good way to engage people,’” Crawford said. “I thought maybe I can use it in my therapy practice and that’s been there since.” 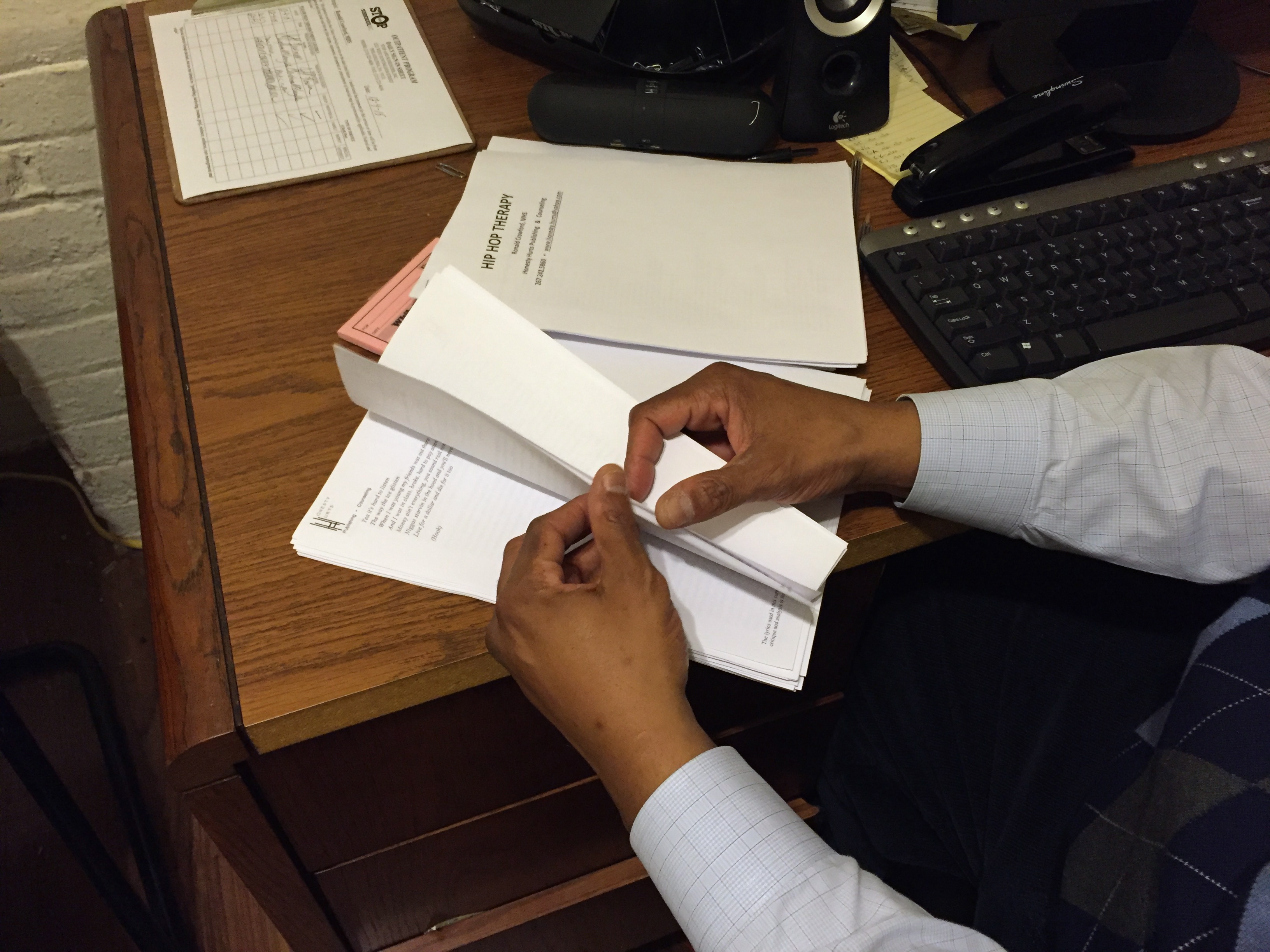 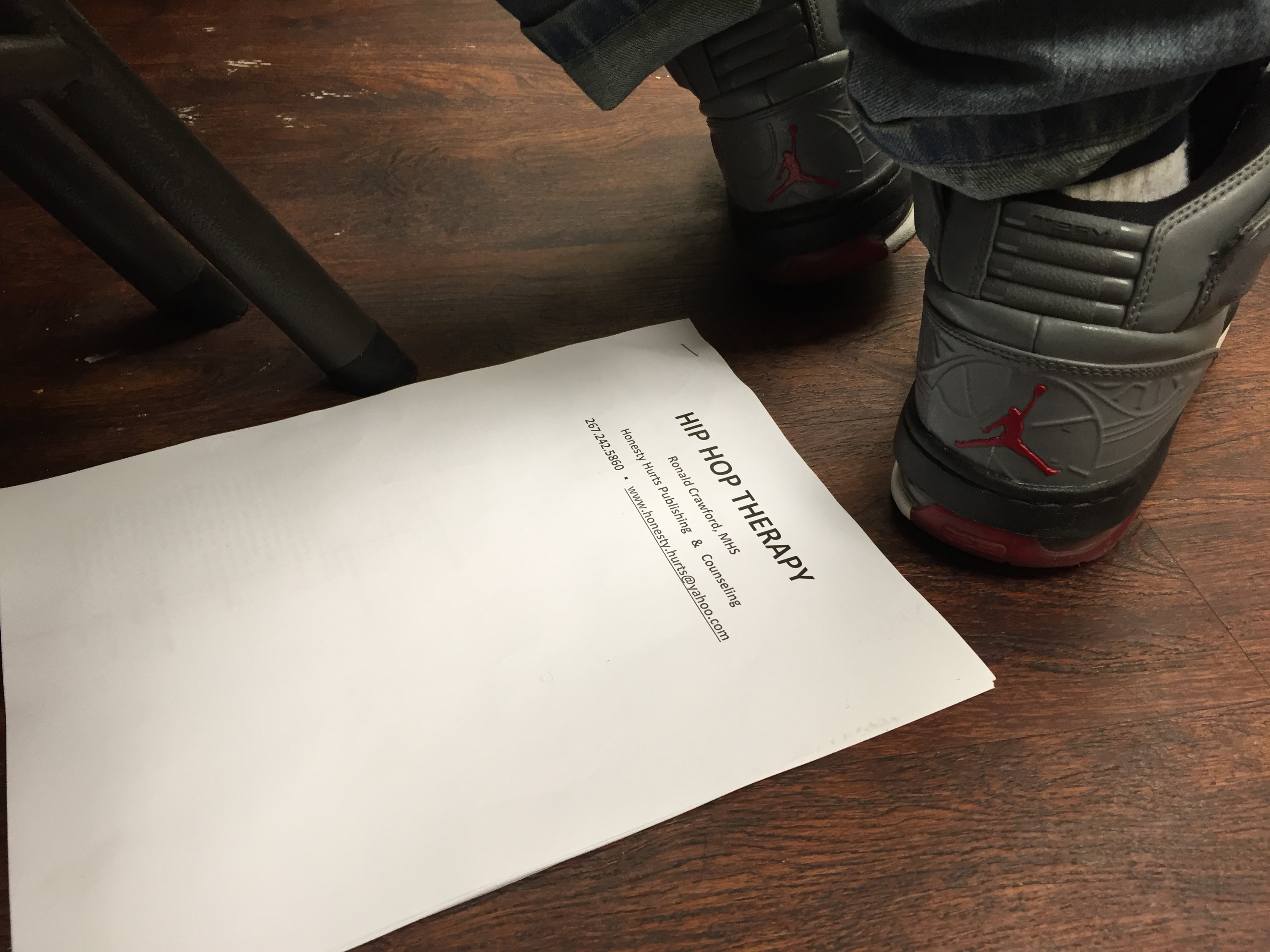 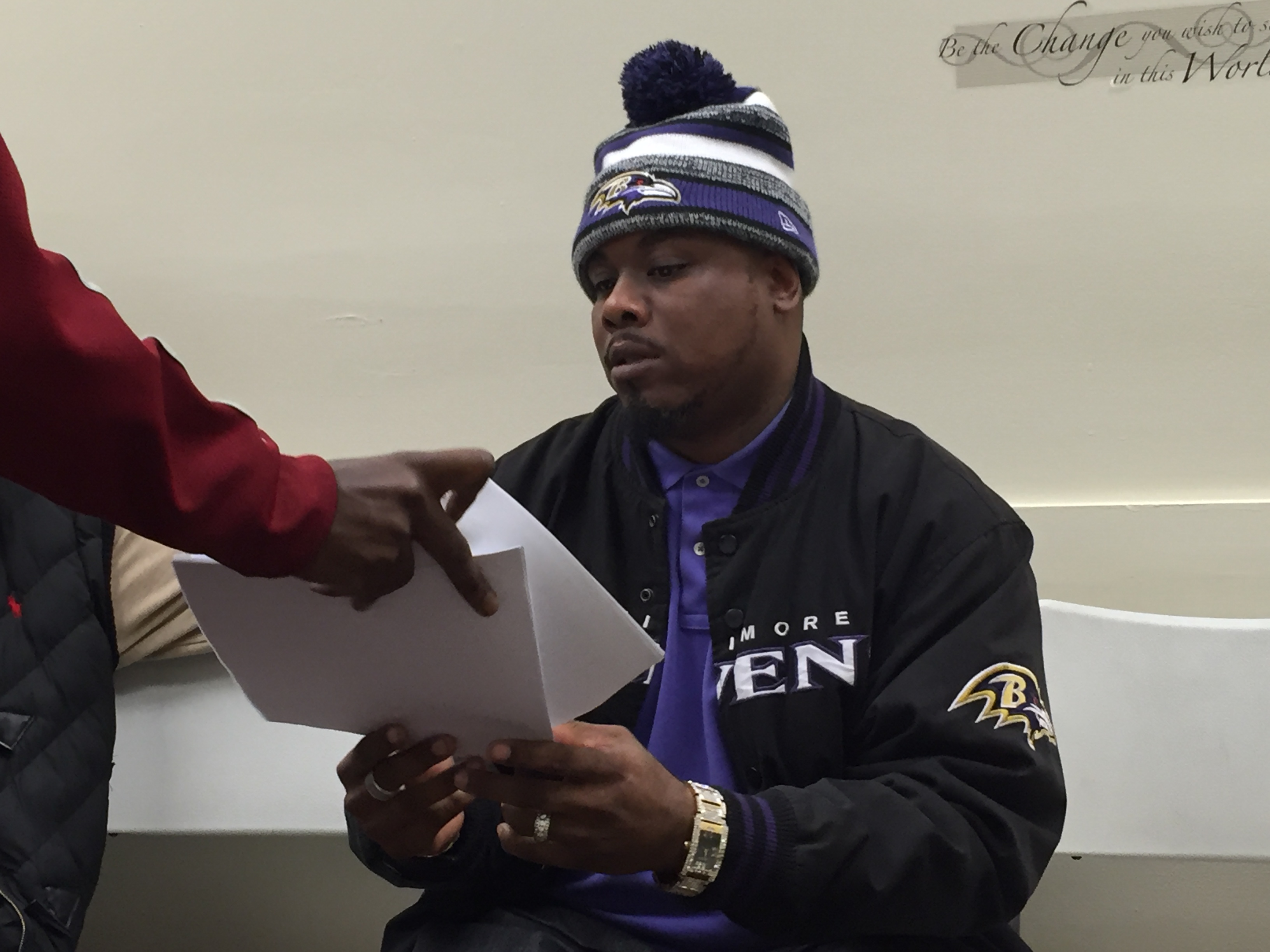 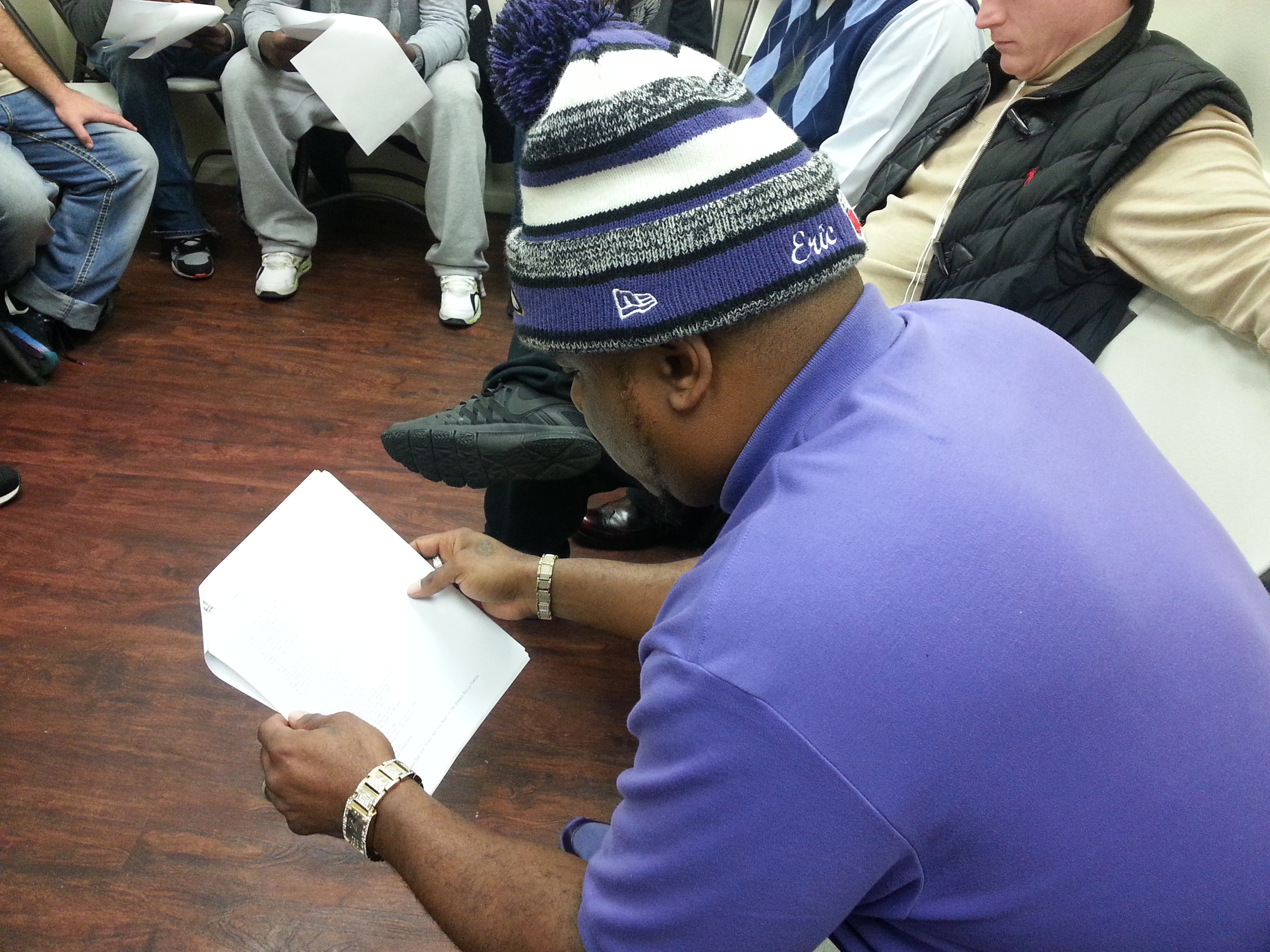 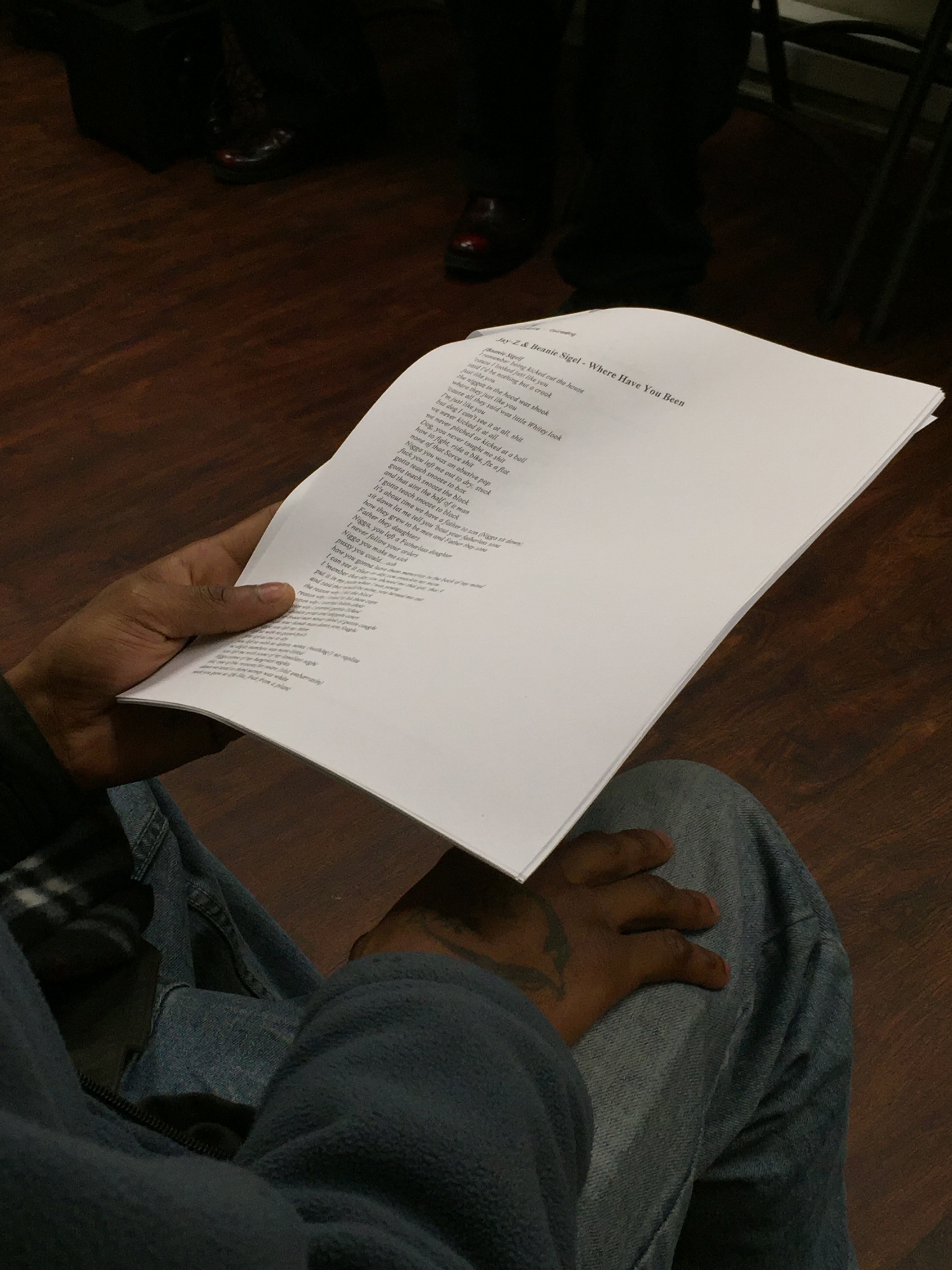 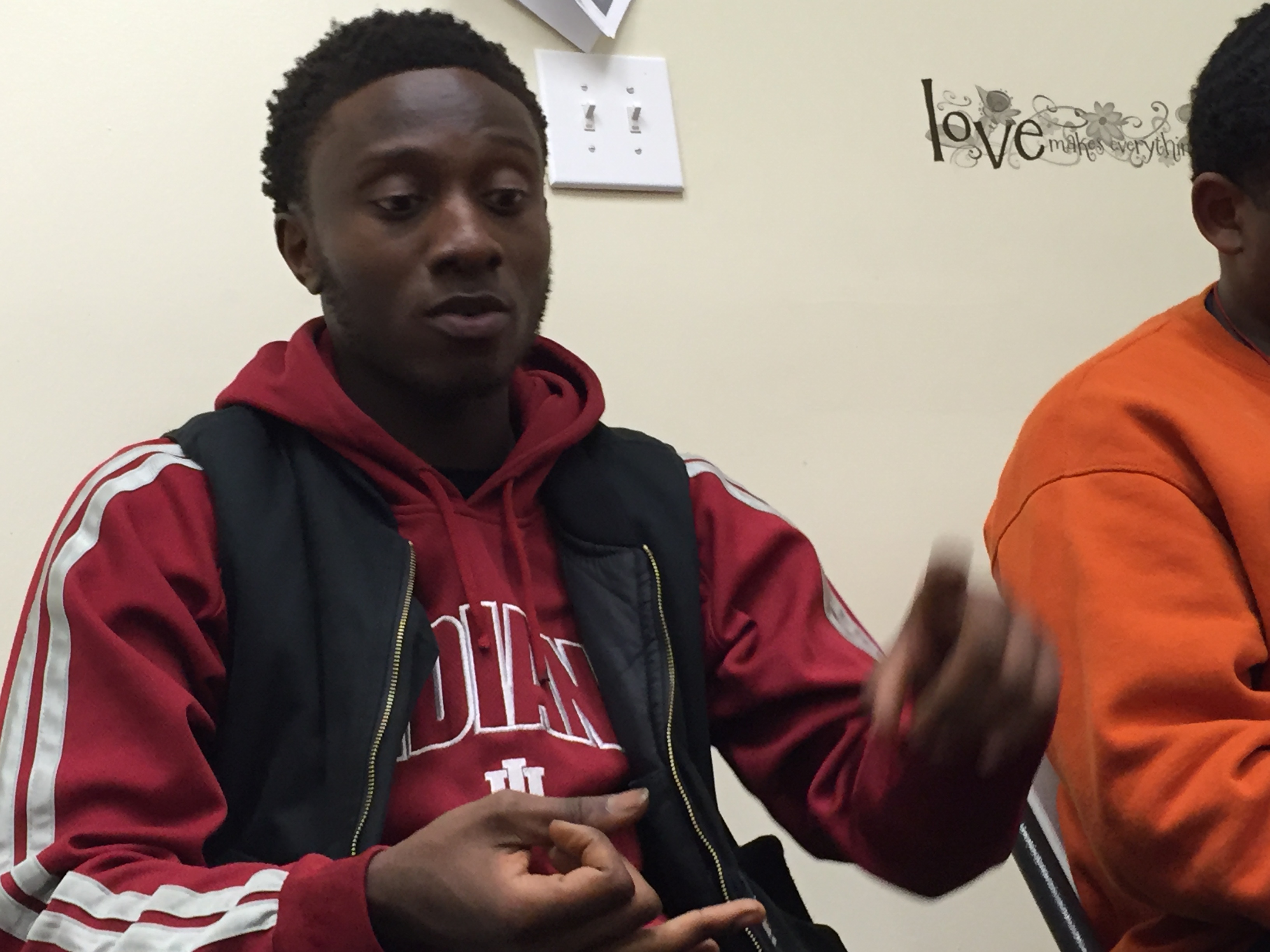 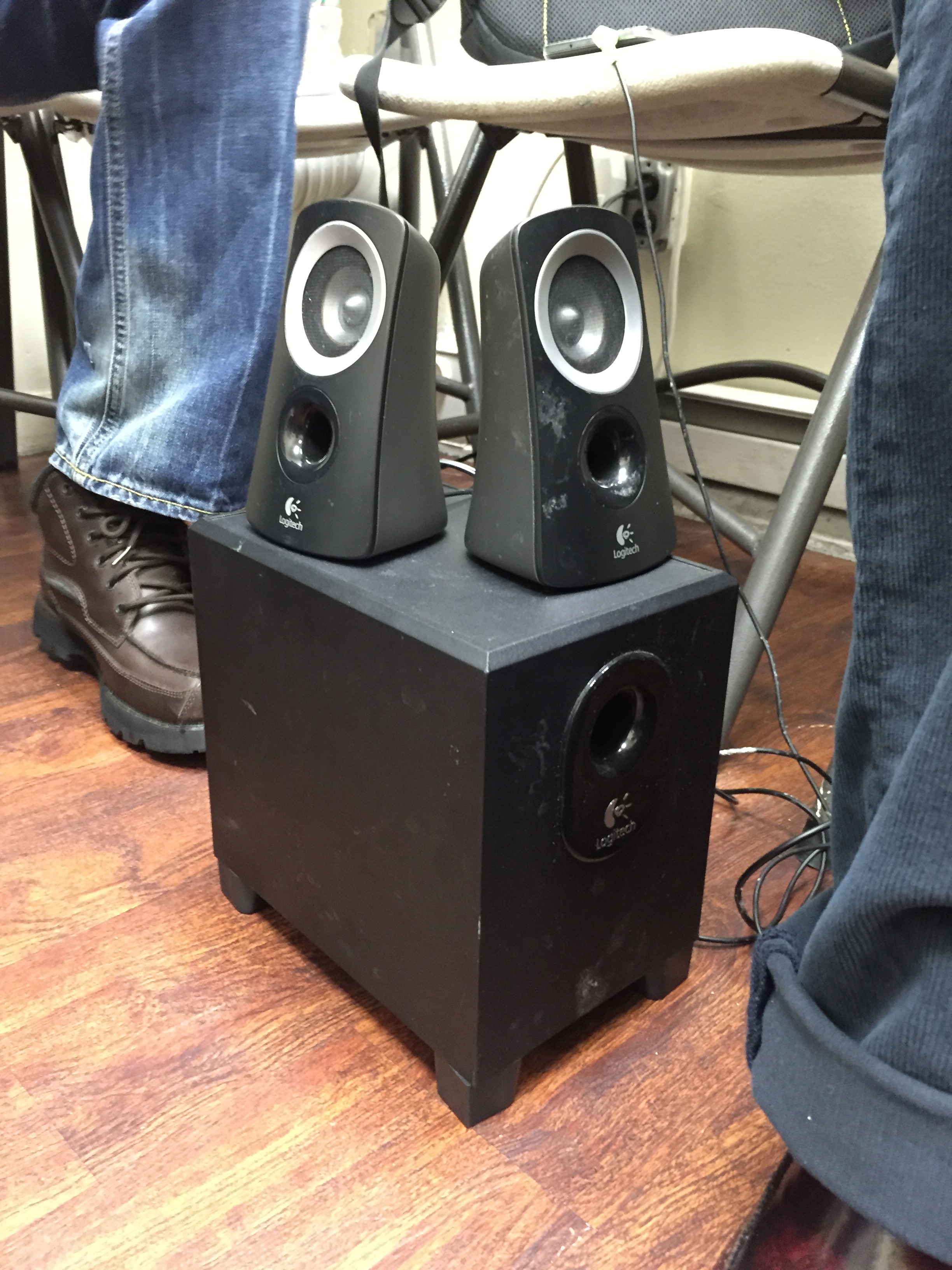 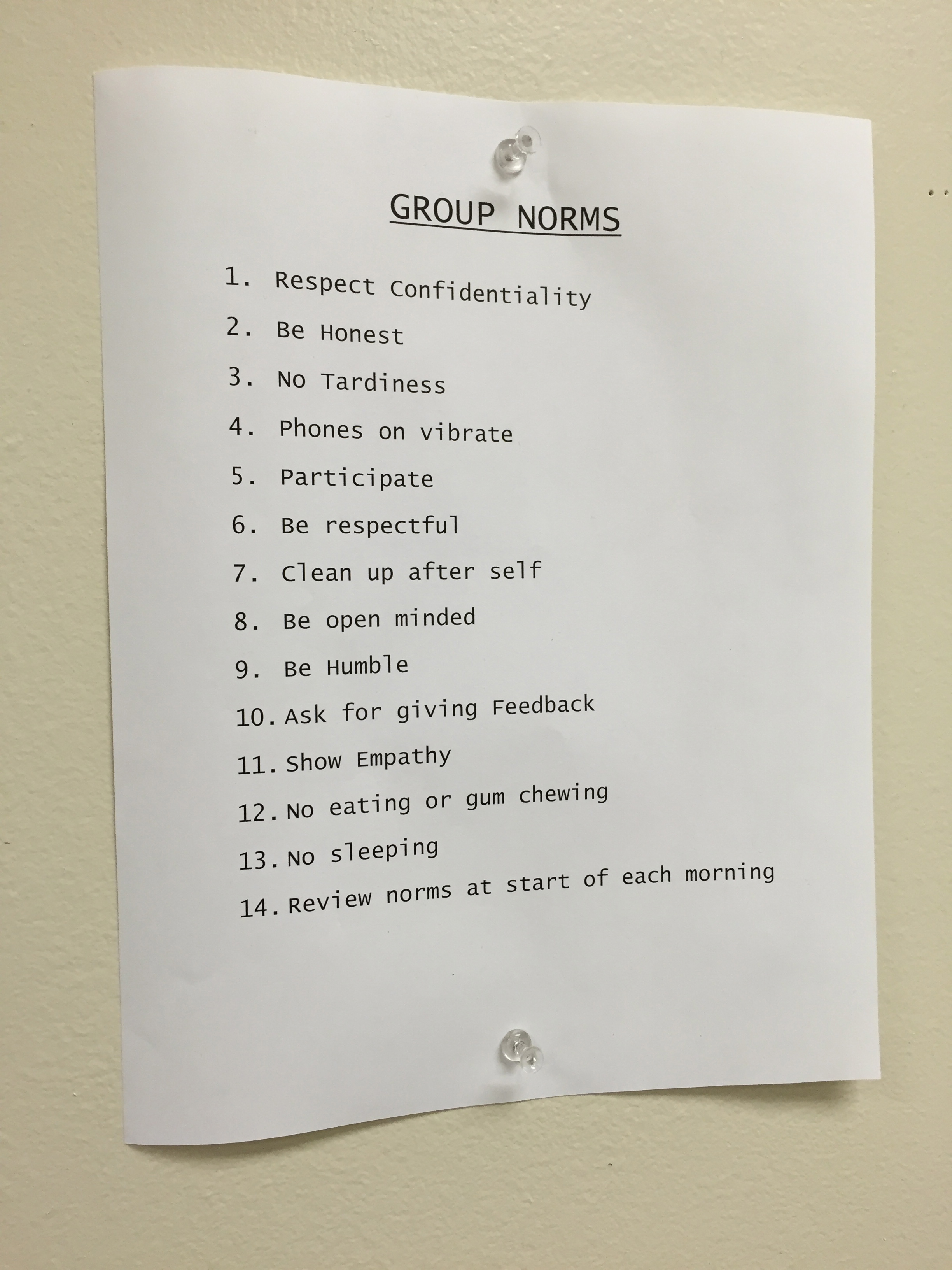 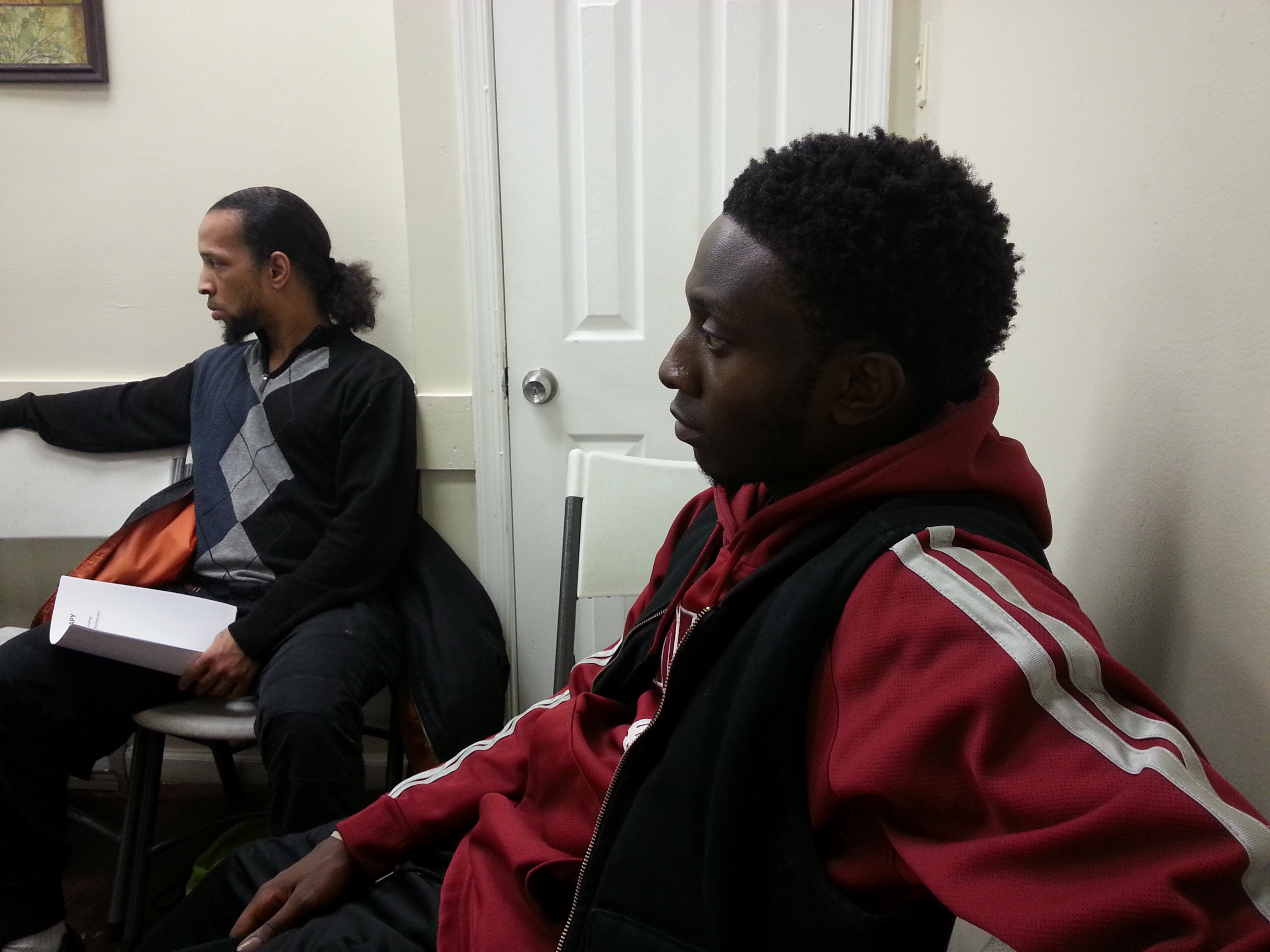 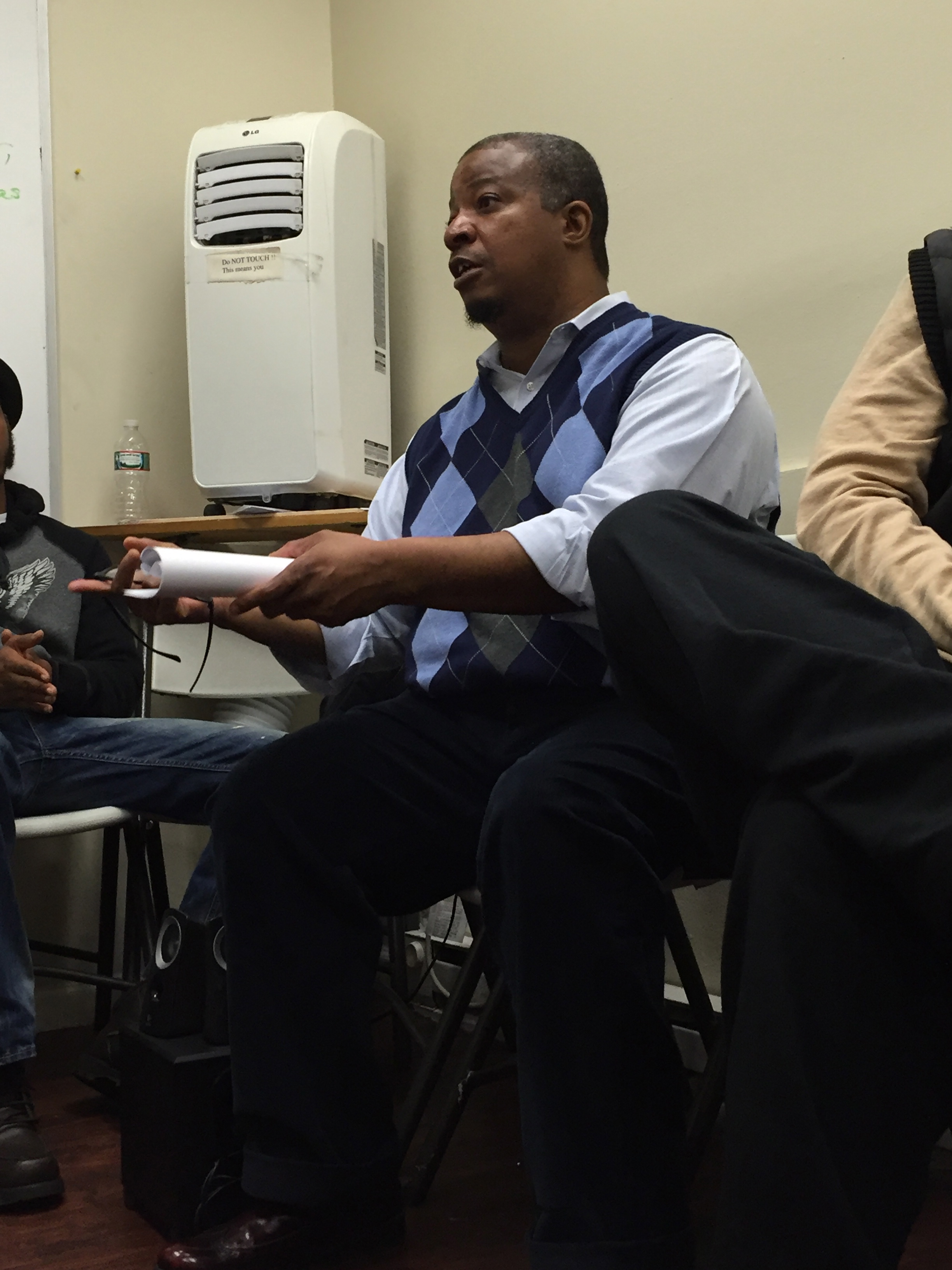 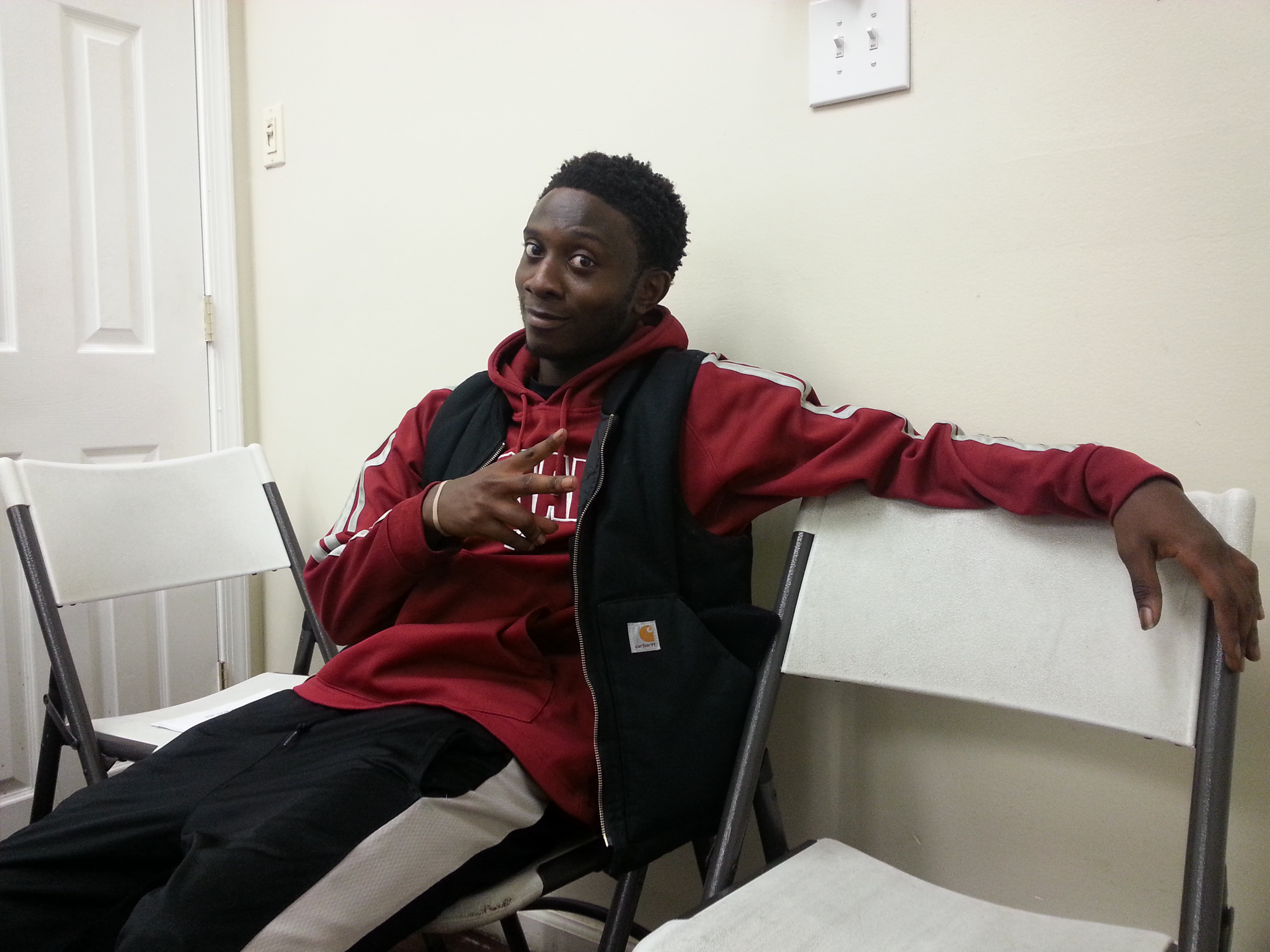 No genre of music has stirred more controversy than hip-hop. With its expletive filled lyrics, misogyny and violent messages some see it as a waste of airwaves, but for others it’s a way to heal.

“For me personally when I throw my headphones in and I’m listening to the music that I like it’s like I can get away from the world without actually going anywhere,” Darion Gillins, a participant in hip-hop therapy, said.

Crawford wrote a book titled Who’s the Best Rapper? Biggie, Jay-Z or Nas and it’s the basis for his hip-hop therapy curriculum. He applies hip-hop therapy to participants who are mainly between the ages of 21-40, have an interest in hip-hop, are at-risk youth or men who have recently returned from incarceration.

During therapy they dissect songs such as [acf field=”embed_code_2″] by Jay-Z (Feat. Beanie Sigel and L. Dionne) and [acf field=”embed_code_4″] by Dice Raw, a local Philadelphia rapper, and analyze the messages artists are trying to convey. Participants have an easier time relating to the material because they’ve been through a lot of what the artists rap about and they understand the culture behind it. Therefore, they don’t lose interest and therapy can actually help them instead of seeing young people totally disengaged during group session Crawford said. Topics during the sessions can include fatherlessness, mental health, anger management and recidivism.

Recidivism is a big topic because it’s the tendency for a person to relapse into criminal behavior after having previous sanctions placed on them such as jail. Recidivism is measured in the rate at which prior offenders commit criminal acts again and return to prison. The chart above illustrates the percent of prisoners, from 30 states, who will return to jail within one, three and five years of their release.

Crawford wants to do everything possible to keep his clients from reentering the system.

While hip-hop therapy is a rather new form of therapy with no statistical data to verify its usefulness, it doesn’t stop Crawford from implementing it. He said that he can tell it’s working because of his clients’ reactions.

“It’s pretty cool to actually interact with rap music in a therapeutic way,” Eric Gilyard, who’s been experiencing hip-hop therapy for a month now, said. “I want to be able to give back so I want to learn everything I need to learn about hip hop therapy so I may give back.”

Although it’s true that there’s not much data on hip-hop therapy, studies from UK researchers and Cambridge University psychiatrists have shown that the therapy can help with mental illness, depression and find solutions to participants issues.

Hip-hop isn’t the only therapy the jury is still out on. Traditional therapy for drug, alcohol and mental illness all have ranging numbers of success rates from five percent to as high as 60 percent. Alcoholics Anonymous, one of the most widely known treatment facilities, has a first-year dropout rate of 64 percent and evidence shows they have only a five to 10 percent success rate.

One thing is for sure, Crawford’s participants are coping and actually enjoying therapy.

“It helped my mood stabilize,” said a first-time participant who asked not to be identified. “We had a lot of good guys in the group, different personalities. We reflected on our lives basically and how that hip hop has influenced us and made it more easy for us to cope.”

For now, Crawford will continue to use hip-hop therapy as long as his clients respond to it and will work towards his goal of opening up his own practice.

“Patients who seek treatment are different than they were years ago,” Crawford said. “Once I get my program I’m going to be giving it or rendering services using this strategy to most of the people that come through.”

-Text and images by Noe Garcia and Avory Brookins.

Philadelphia City Councilman-At-Large Dennis O’Brien was taught at a young age by his grandfather the inherent value of giving back to the community. Years later, O’Brien is doing just that with the Northeast Philadelphia Youth […]

“We [tend to] just look at them as numbers, but there’s a story,” said Marla Davis Bellamy, the executive director of Philadelphia Ceasefire. Her perspective reflects Ceasefires’ commitment to developing interpersonal relationships with residents in […]

Kids who attend L.P. Hill Elementary School rarely get to experience life outside of Strawberry Mansion. The main reason for this is the parents’ economic status. They simply cannot afford to take their children on […]