Rose Webster’s car transmission blew the other week. For most people waiting while the garage assessed the vehicle’s damage, the city’s public transit would have to suffice in the meantime.

But Webster has customers, senior citizens from the neighborhood she shuttles to the doctor or the grocery store or wherever else they need. She counts at least two appointments in her tiny black scheduling book that will have to be bypassed until she hears back from the mechanic.

Since she started it a year after her retirement, her “gypsy cab service,” as she calls it, has been more of a service to senior citizens in the area than a job. In fact, she hasn’t raised her rates since then. She charges $20 dollars round-trip, allowing passengers two to three hours to complete their shopping or medical checkups.

“Everyone said when the gas went up that I should raise my rates,” said the 74-year-old Webster. “But they’re senior citizens! They’re on a fixed income, I can’t do that. And if they want to feed me breakfast, lunch or dinner, I don’t refuse food.” 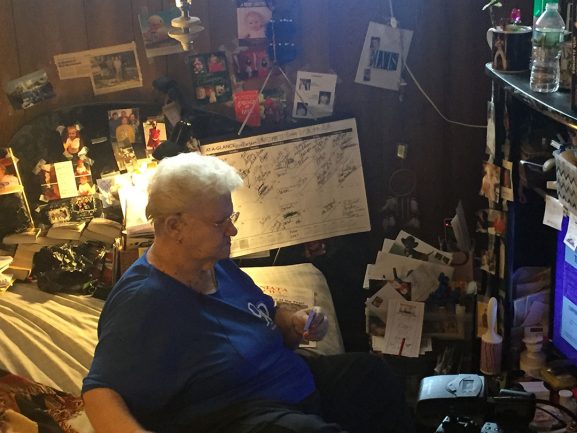 Originally from West Philadelphia, Webster moved to Juniata Park 21 years ago when her boss at her waitressing job opened a new location on Erie Avenue.

She’s made herself into a neighborhood fixture since then.

Webster has been the president of TownWatch, acting as a middleman between neighborhood suspicions or complaints and the local precinct. She’s the judge of local elections at the school around the corner from her home and treasurer for the Juniata Park Civic Association (JPCA.) She was once president, and is currently vice president, of the senior citizens organization at Holy Innocents church, her longtime parish. She calls bingo in that role too, with her signature booming voice echoing out the number-letter combinations throughout the rectory basement.

Kate Clarke, president of the JPCA and a personal friend of Webster’s, noted the personality traits that make Webster such a pivot point in the community.

“She’s an easy listener and she tells you some of the craziest stores you’d ever want to hear,” Clarke said. “Sweet, funny, but demanding too. If she wants something, if you don’t do it right away, God forbid.”

Webster is conscious of the engine behind her relationships and civic work.

“Everyone knows me, because I’m the type of person, if I have something to tell you, I have no problem telling you,” Webster said. “If you don’t like it, that’s your problem, not mine. I have a big mouth and everyone knows it.”

“Rose is a very colorful personality,” he said. “Forceful personality, very positive. And at times, with her voice, you can hear it from a mile away, because she likes to be heard.”

Higgins described her as a faithful member of the church and a diligent, albeit eccentric, member of the parish community. In her volunteer role at her church, she has made a name for herself as someone who always does for others.

Webster said the only thing that would stop her from being so involved, especially with her makeshift shuttle service, would be old age. 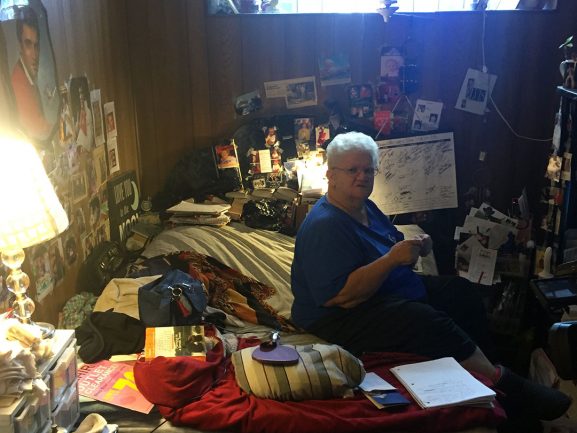 One thing she won’t give up, however, is her status as a Juniata Park resident.

And that’s a good thing, considering how much of a familiar face she’s made herself.

“She’s a fixture, that’s for damn sure,” Clarke said. “Everybody, I think, knows Rose.”

-Video, text and photos by Kevin Hayes and Colt Shaw.

Residing in the heart of her neighborhood, Kate Clarke is the president of the Juniata Park Civic Association. The community-based organization meets the second Tuesday of each month to discuss and mitigate community issues. How […]

Kensington: Community Organization Continues to Give Kensington a Makeover

Since the founding of the New Kensington Community Development Center in 1985, the Kensington community has seen many changes as a result of projects the organization was involved with. In recent years NKCDC has taken […]