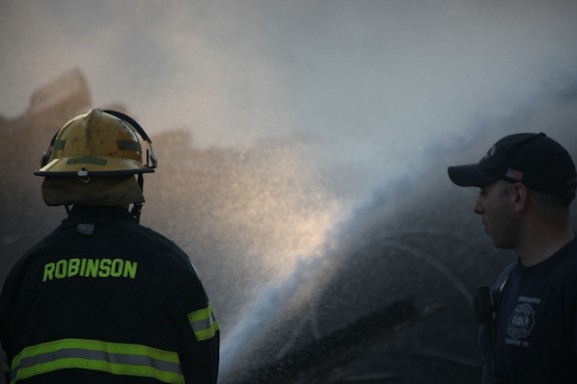 Just months after fielding a heavy round of public criticism over the summer’s fatal building collapse on Market Street, the city’s Licenses and Inspections Department could see a new wave of controversy in the coming weeks as City Council begins examining last year’s fatal Kensington warehouse fire that took the lives of two Philadelphia firefighters.

Councilman James Kenney called for a hearing on the April 2012 fire earlier this month, which is due to be scheduled in the coming weeks, his office said. Kenney’s calls came in the wake of a National Institute for Occupational Safety and Health report, which said the city’s Licenses and Inspections Department failed to adequately respond to several complaints on the dilapidated building in the weeks leading up to the fire.

“The main issue is that you had a lack of collaboration between L&I and the fire department. There was a significant number of calls made about this property,” said Jim Engler, Kenney’s director of legislation, who added that the site was never properly sealed.

The city’s firefighters union, Local 22, said it’s glad for the city’s attention to the issue. Local 22 President Joe Schulle said that by highlighting inadequacies, “We can honor the memory of our fallen brothers by working with council to ensure that this type of avoidable tragedy never happens again.”

Prevention Point Philadelphia has opened a year-round respite at its center in Kensington as a direct response to the City of Philadelphia’s decision to close down and clean up encampments along the Gurney Street Corridor. [Read More]

https://vimeo.com/39603492] Battalion Chief Joaquin Colon is not the average employee at the Philadelphia Fire Department. But it’s not just because of his high rank. Colon is the only Latino in the city to ever receive [Read More]

Jim Hardy is more than your average high school teacher. He is the leader of the Kensington Soccer Club, a local organization that grew out of the teacher’s passion for the game and for the [Read More]