It all began with a vision.

“I originally started out thinking I could feed the whole city,” said a smirking Florence Rodgers.

Rodgers, the head coordinator of the Bridesburg Community Food Pantry, created the food bank in 2009.

“I saw the amount of people in need and figured that this was a way to help them,” Rogers explained. “My mother’s hardship is what makes this so dear to my heart. I know how hard she had it as a child.”

Located on the lower level of the Bridesburg United Methodist Church on Kirkbridge Street, the food pantry provides services for hundreds of people in need on a weekly basis. 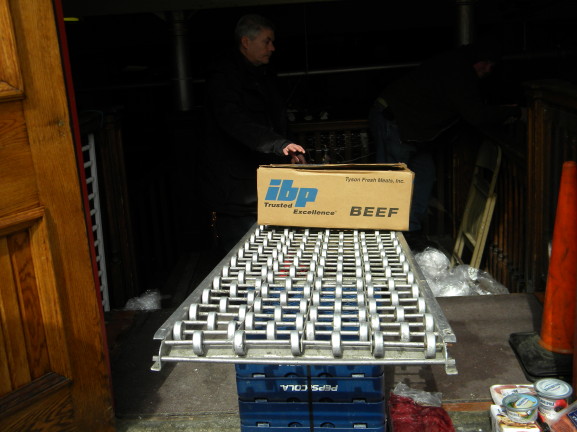 The food bank offers various foods from meat and eggs to canned foods and cereals, and every Monday the supply is replenished with a delivery from Philabundance. 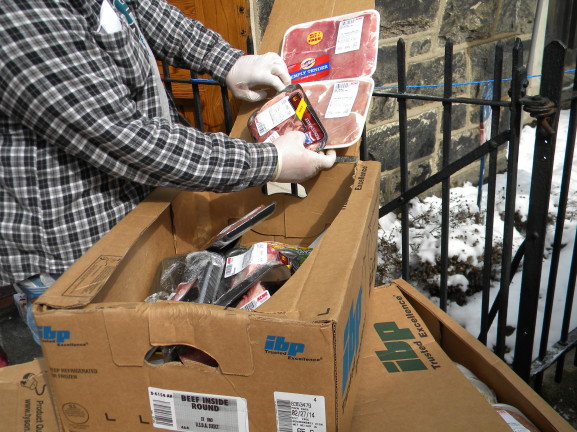 Pantry workers take groups that gather nearby at a local bus stop and usher them into the church in groups of 20. Families sit in the pews of the church on the first floor while they wait for their name to be called to shop. When it’s their turn, clients are brought downstairs to the pantry to shop for what they need.

Since it’s inception in 2009 though, Rodgers says the numbers have been growing and their service area had to be cut.

“Now we’re limited to two zip codes because we really don’t have the capacity,” Rodgers said.

Initially, the food pantry was open to people who live within five Philadelphia area codes, but as of late, it has been cut down to only serve people within the 19134 and 19137 area.

The Food Pantry serves a greater purpose to one volunteer in particular, Betty Boyle.

For Boyle it’s not just about the accessible food, but it’s also about the people she met along the way and the help that the organization has provided her with.

Boyle helps run a section of the pantry that doesn’t offer food. Instead, it sells discounted used and new clothing, shoes and other items.

After shoppers select what kind of food they need, they have the opportunity to stroll and browse the selection that can hold vital items such as wheelchairs or baby accessories.

“People come by asking if we have winter coats or pants because they need these things,” Boyle said. “I know we’re helping them because they wouldn’t ask unless they needed it.”

All used clothing is sold for 25 cents while new items are sold for one dollar. Other items sell for not much more, according to Boyle.

“People come in looking for blankets, curtains, sheets; and they appreciate the fact that everything is washed, ironed, and neat,” Boyle said. “They really do buy.”

Although the food pantry provides its clients with many services that benefit the people within the community, neighbors of the area surrounding Bridesburg Methodist Church have expressed their dismay about the overpopulation that the food pantry has caused.

“We’ve received several notices from the city,” Rodgers said. “They’ve suggested moving us to a different location due to the number of complaints from the neighbors.”

After fielding complaints made by the neighbors and facing pressure from local officials, Rodgers made adjustments she thought were necessary.

Prior to the complaints, the pantry was open to clients more than once a week, creating more foot traffic in the neighborhood surrounding it.

“I feel like we’ve done everything we can to best serve the people,” Rodgers explained. “We’ve cut back on the number of days that we’re open, and we’ve even regulated the entry process.” 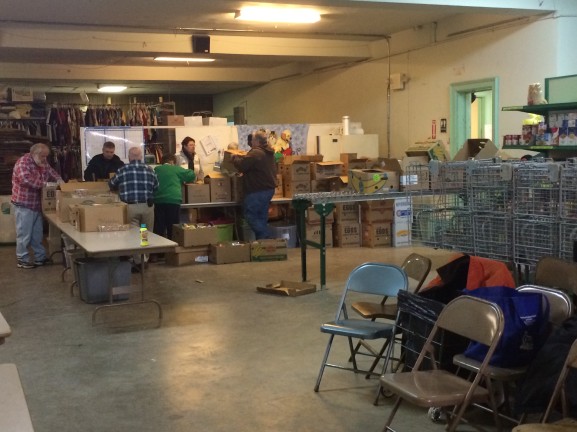 Rodgers understands that the large crowds can be a nuisance and overwhelming to surrounding neighbors, but she believes that the food pantry is beneficial to the community.

“At the end of the day, it’s about giving back to the community and helping those in need,” Rodgers said. “We see how much of a difference this place makes, and how it really helps the people. They really do need it. It’s a good thing, and I honestly don’t know how a lot of people would make it by without it.”

– Text, images and video by Colin Tansits and Francine Mensah.

North Light Community Center, located at 175 Green Lane, just off Main Street, has been a consistent presence in the neighborhood for more than 80 years, offering child care, raising money for scholarships for local [continue reading…]

There are many different ethnic groups throughout the Feltonville area of Philadelphia. One of the most prominent things that define a culture or ethnic group is the food associated with it. For each ethnic group [continue reading…]