This past year the residents of the Bridesburg community saw their neighborhood going downhill and the neighborhood watch leaders called a town hall style meeting. 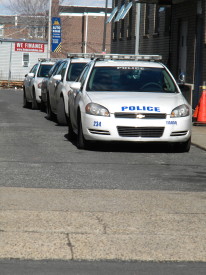 “There really isn’t that much crime around here,” resident Giovanni Joseph said. “They still say that this is one of the safest neighborhoods in the city.”

Most residents, like Joseph, agree that the area doesn’t have much crime.

“Yeah I really don’t see many problems around here,” said another resident, who requested his name not be used.

Crime statistics tell another story though. During 2012, Philadelphia’s 15th police district, where Bridesburg is located, led the city in crimes with 1,658 total crimes, according to the Pew Trusts.

As recently as last week, five different individual crimes were reported in Bridesburg. These crimes consisted of burglaries, thefts and robberies.

The Philadelphia Police Department reports that theft is the biggest crime committed in the Bridesburg area, followed by auto theft and then burglary.

Some residents suggested that the numbers are due to the presence of two businesses, Wawa and Rite Aid, which are located on the 4300 block of Richmond Street.

In September 2013, two men and a woman walked into the Rite Aid on Richmond Street, where they were caught on surveillance camera stuffing goods into a backpack. When approached by the store manager, the woman bit the manager’s arm and fled the scene along with her accomplices. 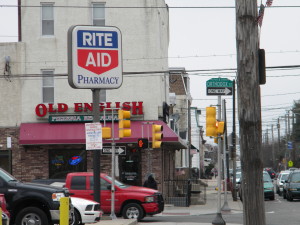 According to Loretta Deck, the Rite Aid burglary was an incident that occurs rarely.

Deck is a crossing guard who patrols the corners of Richmond and Orthodox streets daily, and knows the 4300 block of Richmond Street very well.

“The Rite Aid incident is something that shocked the town because things like that never really happen,” Deck explained. “Compared to other neighborhoods, this place is relatively safe. It’s a good place to live.”

Marlene Mannon has lived on the 4300 block of Richmond Street for more than a decade. Much like Deck, she hasn’t noticed much crime during her time living in the area.

Not all residents see the neighborhood as such a nice place though.

A local resident named Kevin, who declined to give Philadelphia Neighborhoods his last name, is a longtime resident of Bridesburg.

His personal story of living in Bridesburg paints a picture of a much darker, dangerous neighborhood.

“There’s a lot of crime,” Kevin said. “Drugs being sold, shootings sometimes, bottles being broken over people’s heads, even stabbings. It’s a place you don’t want to be, especially at night. I know because I was a part of it.”

According to Kevin, he started out in the streets at the age of 12 and didn’t change his until being incarcerated.

“I was selling Xanax, acid, coke, weed, dust, wet,” Kevin said. “I was making a lot of money. I was in an out of juvenile hall from 15 to 18. Then I caught two aggravated assaults on a cop. I walk up and down to see what the young bols are doing. I try to talk to them, let me know that this is going to lead to death”.

Kevin went on to explain that he believes most of the crime in Bridesburg takes place at a park near the corner of Buckius and Richmond streets.

Ultimately, views of safety and criminal activity in Bridesburg differ depending on whom you ask.

Some residents believe that the neighborhood is safe, while others, like Kevin, think otherwise.

Being located in the 15th police district along with the notoriously dangerous Frankford neighborhood nearby, Philadelphia’s police presence may be thinner in Bridesburg than in other areas. 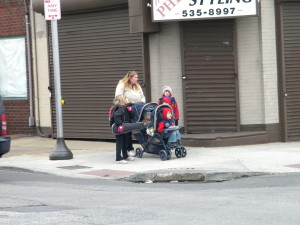 But nonetheless most residents of the 4300 block of Richmond Street say it isn’t as dangerous as the numbers indicate.

“It really is a good place to live,” Deck emphasized after ushering a group of students across Richmond Street. “You usually don’t hear about anything happening here.”

– Text, images and video by Colin Tansits and Francine Mensah

https://vimeo.com/51399835] Each morning, Kirk Hightower grabs his broom and dustpan and takes to the 200 block of North Ruby Street. On this day, he shares it with more than half a dozen stray cats. Referred […]

While we slowly inch closer to the Pennsylvania Gaming Control Board announcing the location of Philadelphia’s second gaming license, opponents of the five potential locations are making themselves heard. Local real-estate mogul Bart Blatstein’s The […]

https://vimeo.com/39997335] University City is known for being generally safe, in part due to pressure for safety because of the large student population. But to people like State Rep. James R. Roebuck, the title of University […]