Take a trip up 5th Street between Cumberland Street and Allegheny Avenue and you’ll be transported to Fairhill, a district distinct from any other neighborhood in the city.

Puerto Rican flags adorn almost every conceivable surface, from porch awnings to car antennae to license plates – an unmistakable indicator of the residents’ ethnic roots. You’ll be hard-pressed to find an English-only speaker around here, as Fairhill represents the epicenter of Philadelphia’s Latino population.

Close to 60 percent of Fairhill’s population is of Latin American origin, according to the 2010 census. Puerto Ricans make up the largest segment at nearly 52 percent, but other Latino populations include Cubans, Dominicans and Mexicans. Carmen Febo San Miguel, executive director of Taller Puertorriqueño, said the neighborhood formed its own ethnic identity in connection with the district’s former industrial sector.

“This was an area that was very connected with the manufacturing industry where a lot of people worked,” Febo San Miguel said. “People start moving in and you start creating a presence, that presence becomes stronger. With time, over the last 35 to 40 years, this area has developed that flavor and identification with the Puerto Rican and Latino community.”

Taller Puertorriqueño, or simply Taller, is a community-based multidisciplinary arts organization known affectionately as the “Cultural Heart of Latino Philadelphia.” Since 1974, the organization’s primary goals have been to celebrate and preserve Puerto Rican and Latino culture as a way to strengthen the community.

“We play a very particular role at doing that for the community but also for the city as a whole,” Febo San Miguel said.  “Our programs are some that focus on the community, and some programs that are more audience-wide based.”

Taller organizes a series of programs that specifically cater to Fairhill’s youth, as well as ones geared toward Philadelphia collectively.

“We have an afterschool program that is very much focused on community students, participants, [and] youth to learn about art with a very cultural specific component,” Febo San Miguel said. “But we have gallery openings, we have festivals that more programs that attract a much wider audience.”

One of the festivals Taller coordinates in collaboration with other local organizations is La Feria del Barrio, which hosted more than 10,000 guests last year, according to its official website. Outside of organizing Feria del Barrio, Taller works closely with other Fairhill institutions to create a network of support for residents within the community. One of these partnerships is with the Hispanic Association of Contractors and Enterprises, or HACE.

HACE was established 30 years ago to fight community deterioration and bring economic development back into the neighborhoods. District Manager Gilbert Alfaro said the organization was founded to reverse some of the issues which were plaguing this neighborhood.

“Back in the early ’80s, this area, which is called El Centro de Oro, was filled with poverty, and crime dominated this area,” Alfaro said. “Our founding president, Bill Salas, had a vision that instead of people leaving this area to go somewhere else, why not try and invest in the area and try and build this area so that economic development can happen.”

HACE plays an essential role in the community because of the numerous resources and services they provide.

For the past 30 years, the association has also provided low-income housing to residents who are normally unable to afford housing or rent an apartment to help stimulate the local economy.

In 2011, 59.7 percent of Fairhill residents lived below the poverty line, according to city records. Additionally, the median household annual income was approximately $17,000, nearly half the amount of Philadelphia’s average income of $34,000 dollars. Despite these hurdles, Alfaro views HACE and the other local institutions as essential stepping-stones to improving everyone’s quality of life.

“We are all essential in the neighborhood even though each one has its own main source of service,” Alfaro said.  “Congreso is for social services, Taller is a nonprofit that deals with art and culture, HACE is a [service for] community development and each one has its strengths. “

Congreso de Latinos Unidos, or Congreso, is a multiservice organization founded in 1977. Located at 216 W. Somerset St., their mission is to strengthen Latino communities by providing services in areas such as education, employment, health and social services. One of its most significant imprints on the Fairhill community was the 2008 founding of the PanAmerican Charter School, a K-8 dual language school adjacent to the Congreso headquarters. The school serves more than 700 students and was recently credentialed as an International Baccalaureate World School.

While their mission has a Latino focus, Congreso’s services are available to all, Vice President of Fundraising and External Affairs Yvette Nunez said.

“Sixty-two percent of our clients are Latino, however about 37 percent are African-American,” Nunez said. “Being here in Philadelphia, and in particular this community, there are many individuals and families that need are resources and obviously all are welcome.”

Congreso stands out among other advocacy groups because of its commitment to reaching beyond the realm of their Latino expertise. To further bridge the gap between Latinos and the non-Latino population, Congreso also partners with nonprofits, corporations and other groups to tackle the issues which prevent families and individuals from progressing.

“Whether it’s in education or employment, health access, health disparities in minority communities, those issues are really relevant to us whether specifically about the Latino community or communities in general,” Nunez said. 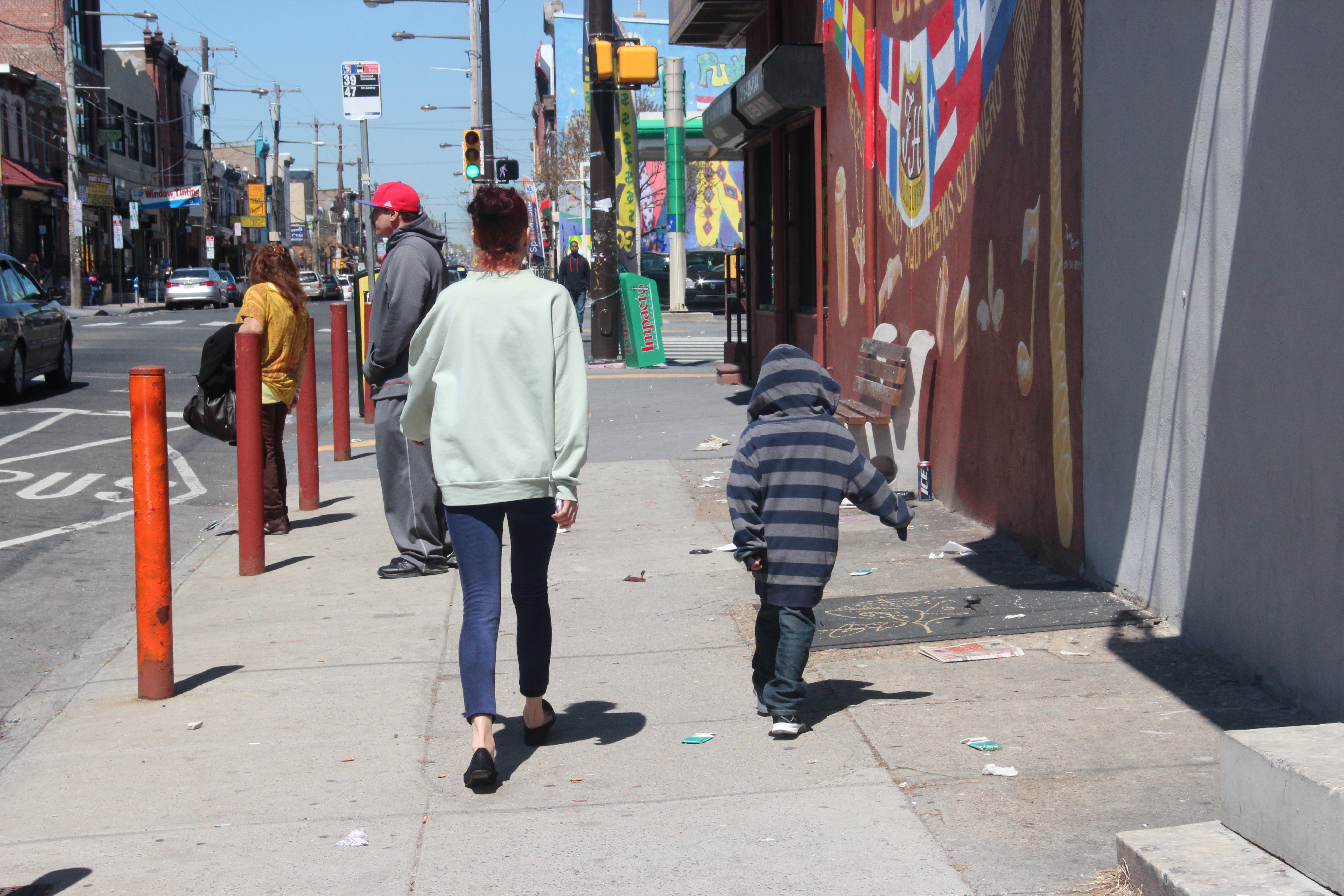 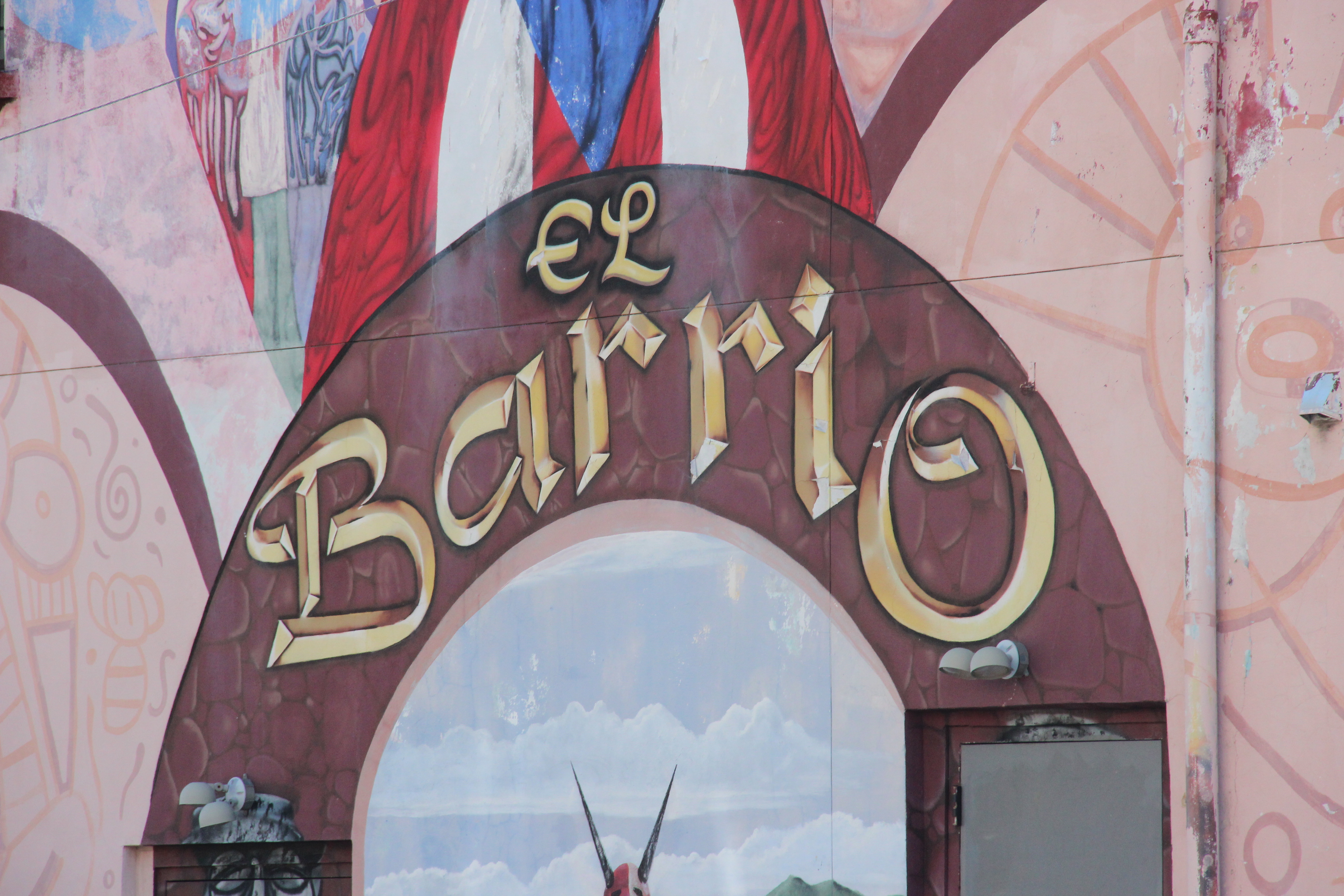 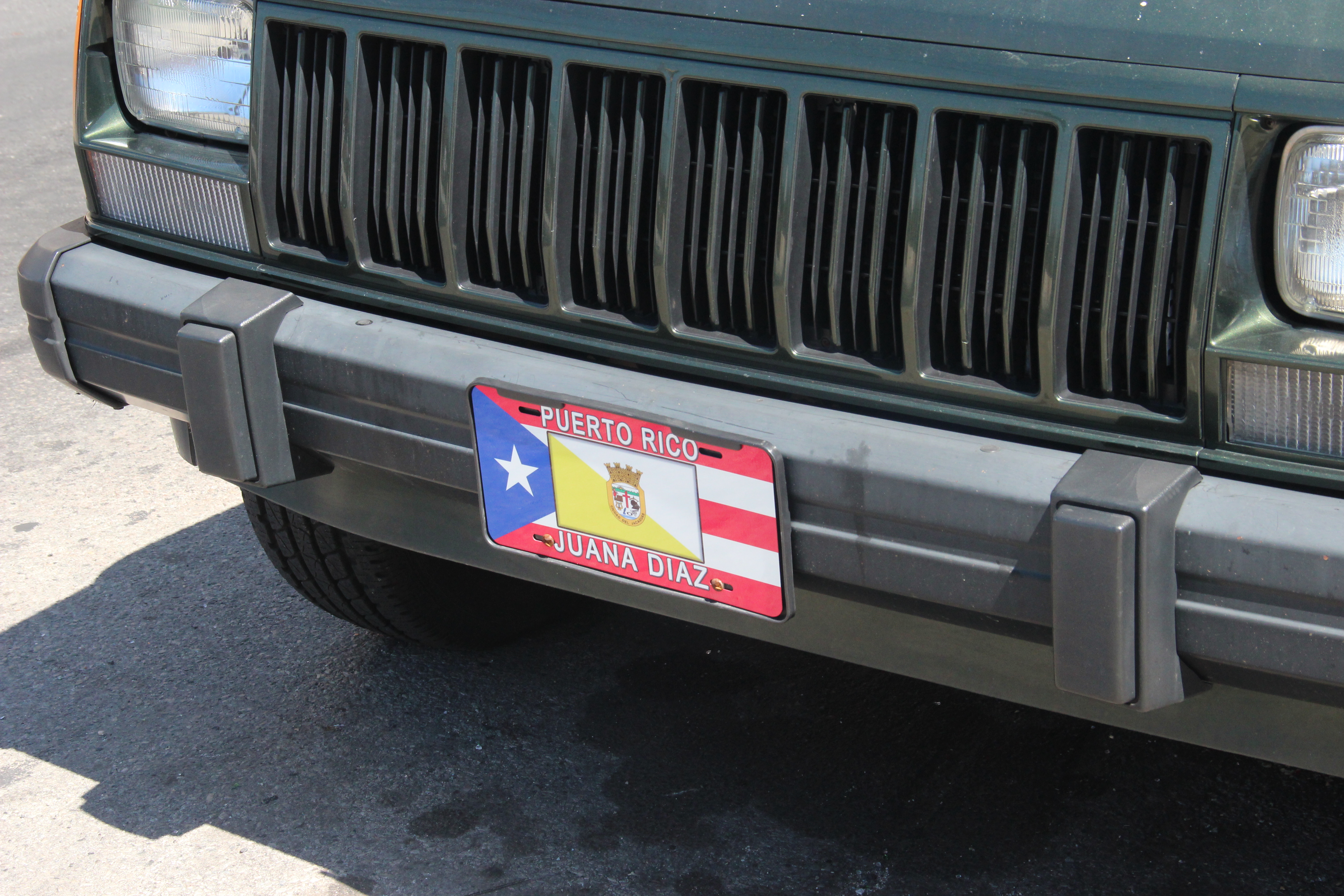 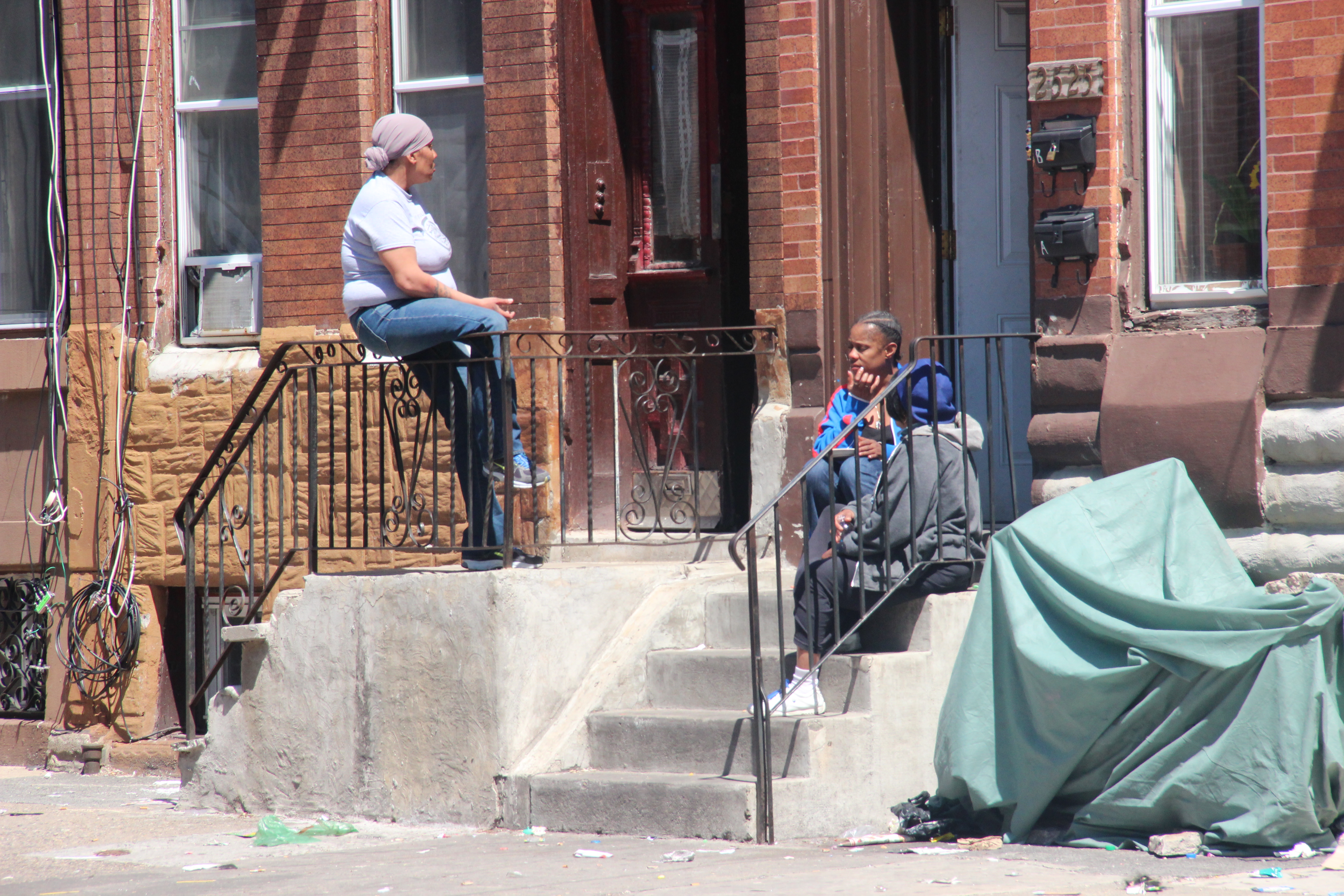 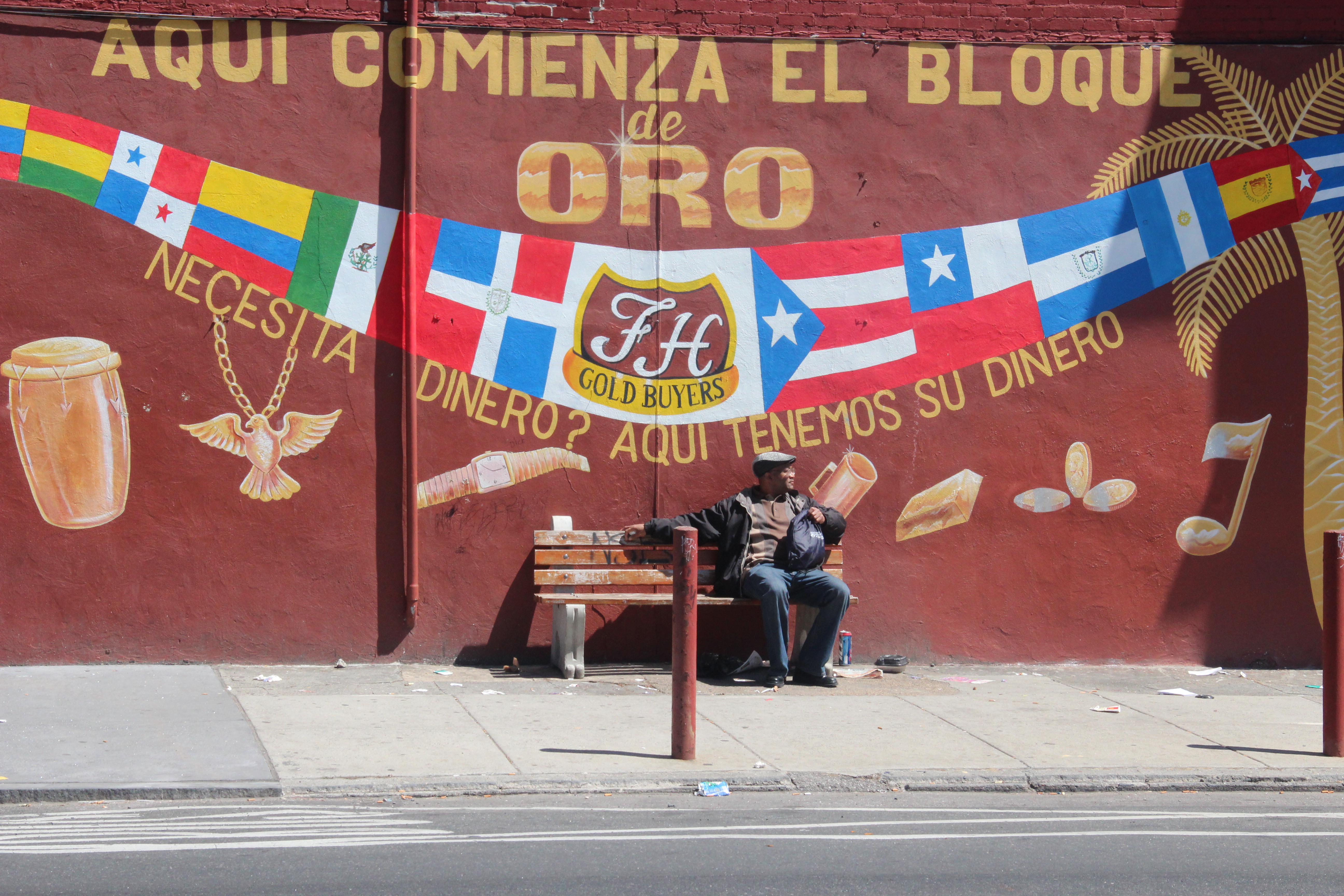 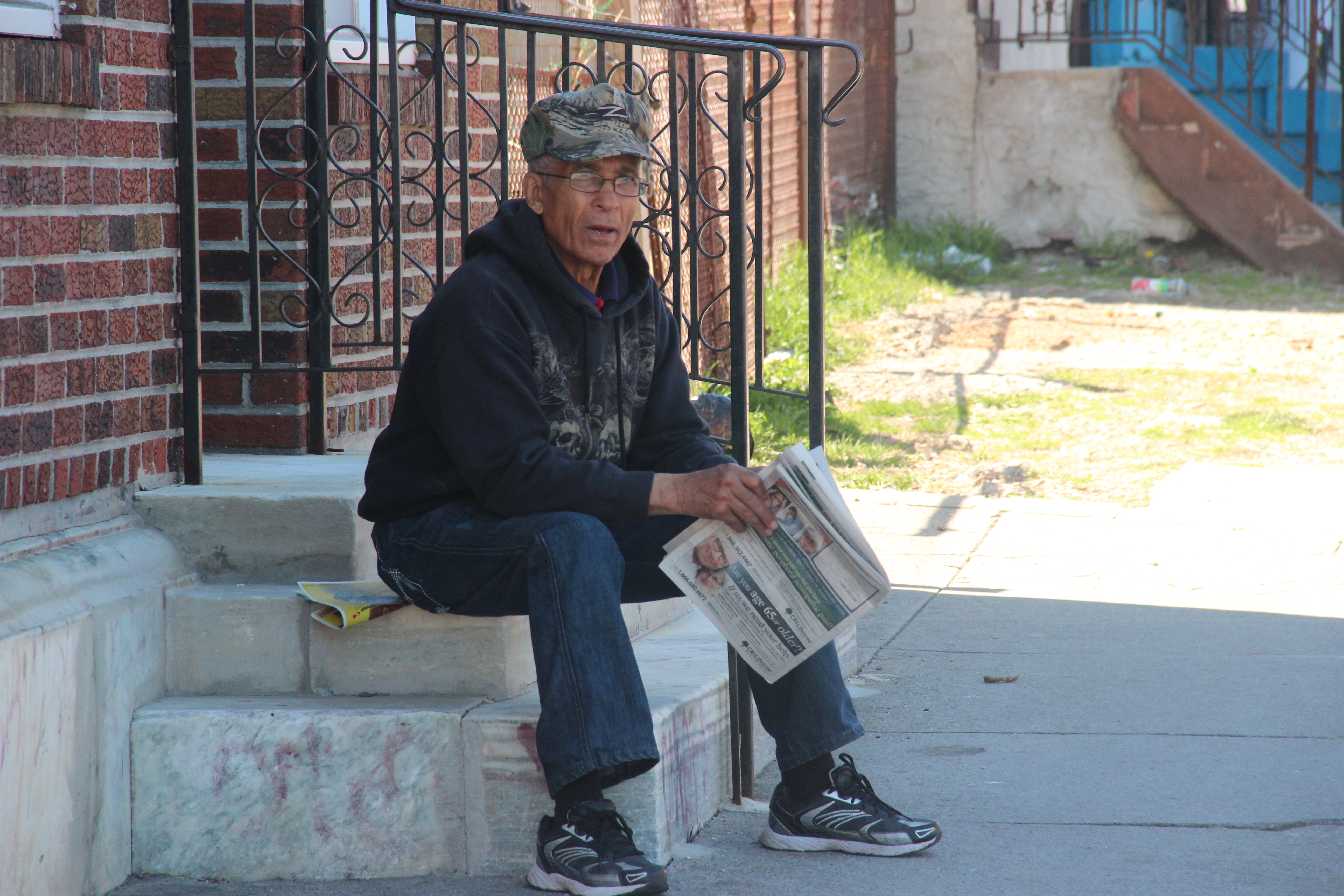 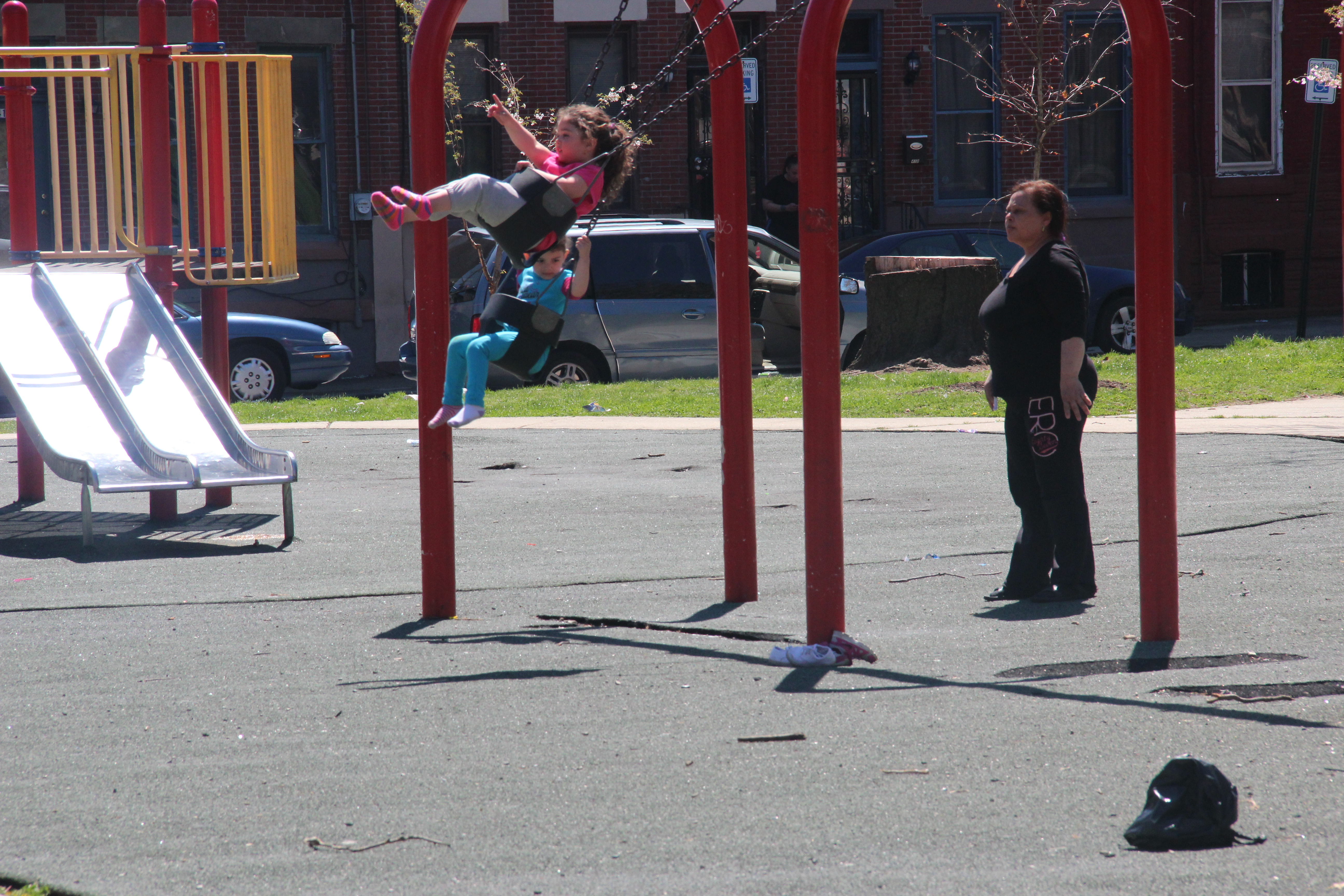 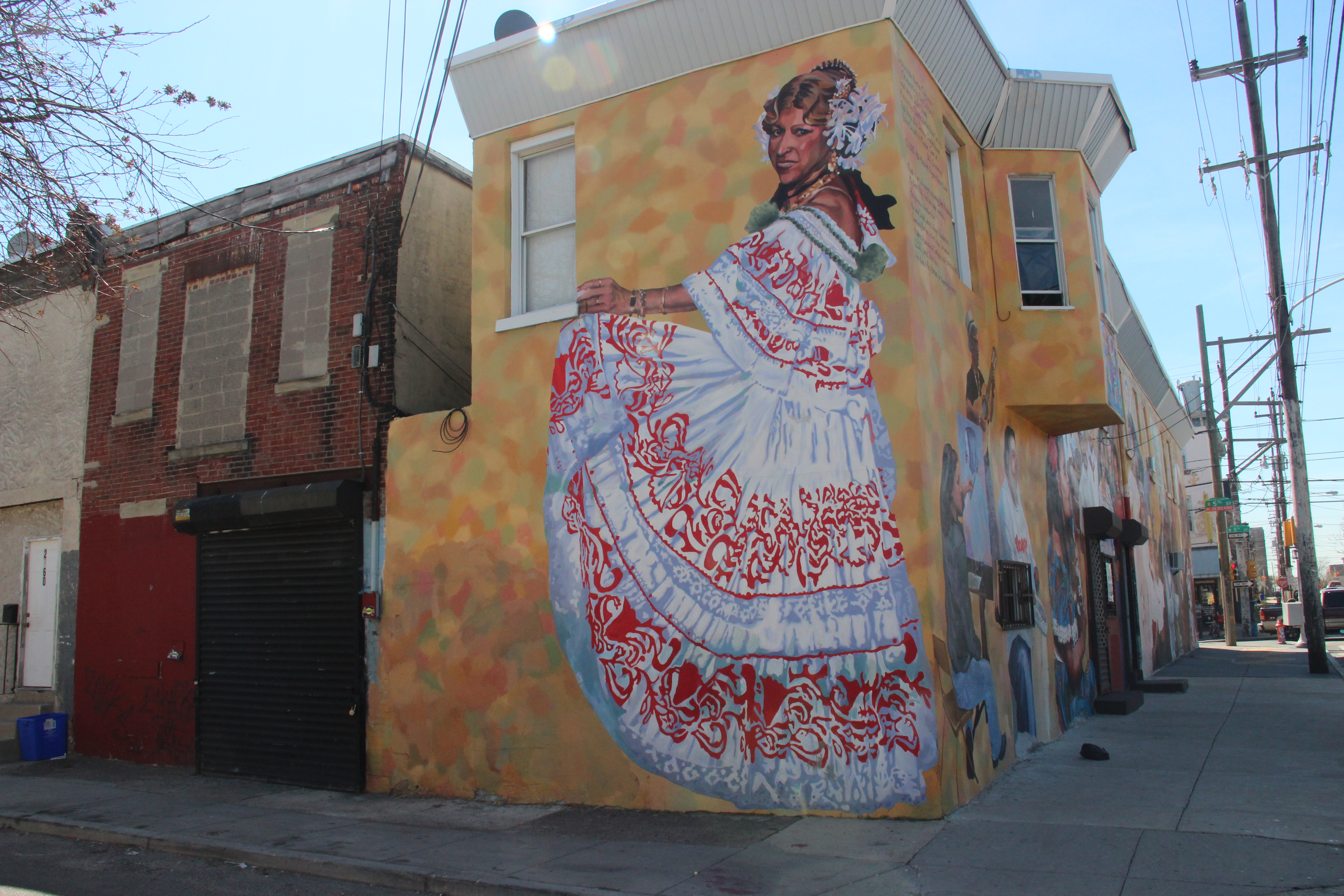 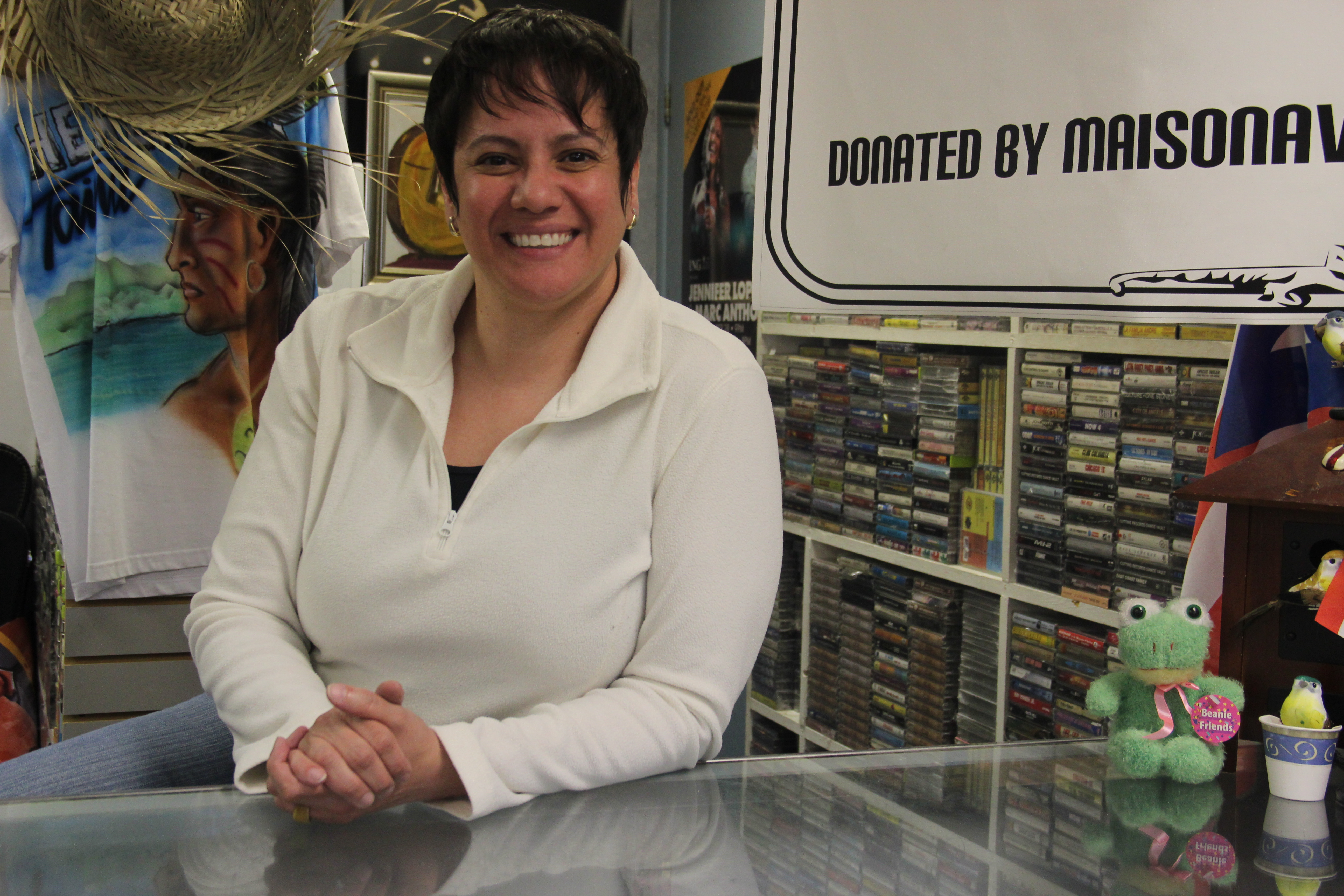 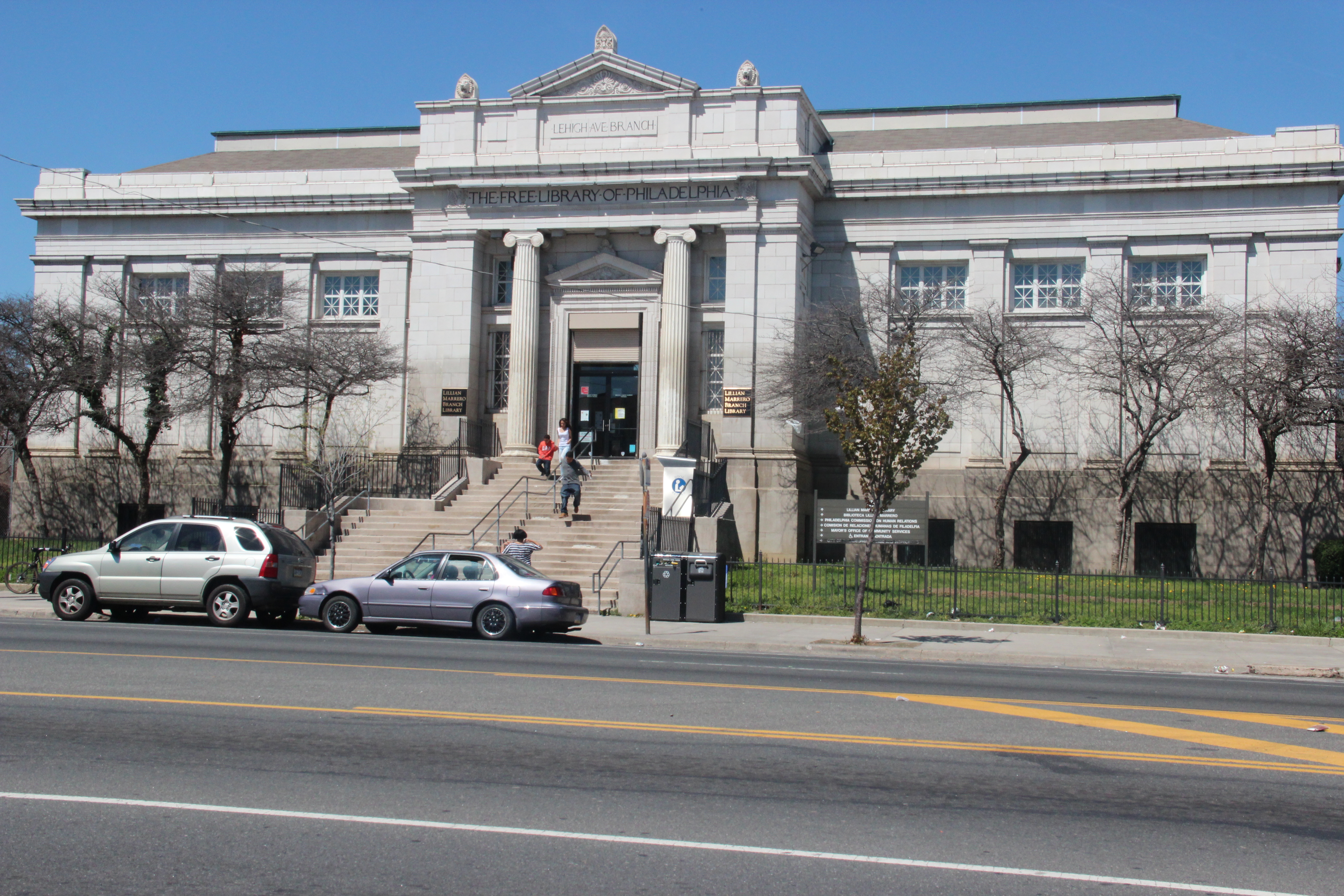 <
►
>
Pedestrians walk down the street towards the intersection of 5th and Lehigh Ave.

Fairhill: A Hispanic Bookstore That Provides Much More

What started out as a graphic arts workshop in North Kensington in 1974, Taller Puertorriqueño now has many more things happening inside its mural-covered walls. “Everything just sort of sprouted up naturally,” said Rafael Damast, [continue reading…]

Latin music radiates along El Centro de Oro, the block along 5th Street near Lehigh Avenue, drawing a steady stream of customers into the store like the warm, familiar voice of a close friend. Centro Musical [continue reading…]

Based in Fishtown’s non-profit organization Lutheran Settlement House, the Men Can (Prevent Family Violence) Campaign is an initiative to address domestic violence throughout Philadelphia. By providing education, garnering attention and taking new approaches, Men Can is [continue reading…]