Overbrook is small geographically, but it’s booming with organizations and facilities that help promote progress and positive vibes throughout the neighborhood. Here are four people who want to make a difference in Overbrook.

1. Coach Bob Miller (above) is new to the Overbrook High School administration. However, he manages to keep good relationships with the students who pass through the gym on a daily basis with sports clubs, games and other extracurricular activities. 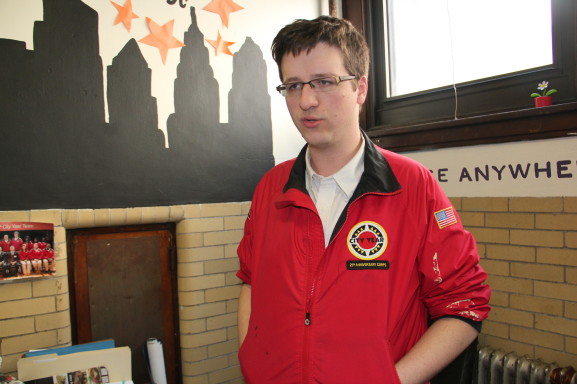 2. Josh Cozadd is the team leader with City Year in Overbrook. City Year is a nonprofit organization with AmeriCorps that works with numerous high schools in urban communities across the U.S. Members focus on students who are at risk of dropping out due to poor performance, behavior or attendance. 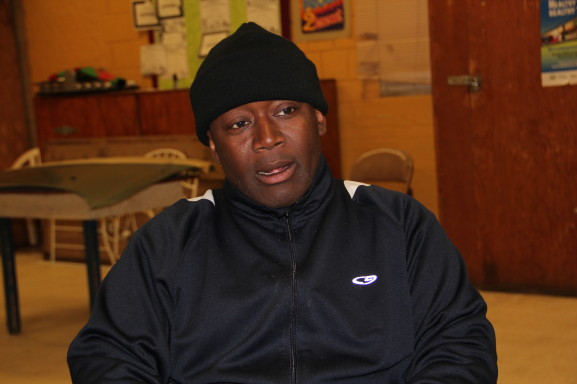 3. Leroy Beyah Edney grew up in Overbrook, and now he channels all of his life experiences in social work, athletic training and art into touching the lives of kids who, like him, walked into Tustin Playground at a young age.

“To be here now, working with the young people is a dream come true,” he said.

Edney, who started as a volunteer and mentor, said he believes Tustin should always play a pivotal part in the neighborhood. 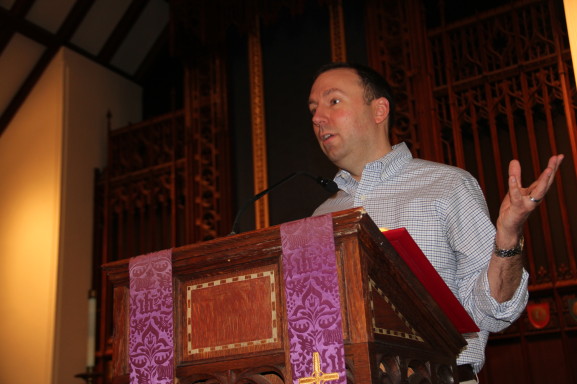 4. The pastor of Overbrook Presbyterian Church, the Rev. Wallace W. Bubar has been with the ministry for six years.

“I moved from the Midwest because I really wanted to be in an urban environment,” he said. “So, Overbrook was a main attraction for me. It’s right between wealth and poverty.”

He said the diversity makes it more exciting as he has watched the church go from a small neighborhood group on Sundays to a large congregation that comes from all over Pennsylvania.

– Text and photos by Stacey Dusenbury and Reyna Cameron

The small room inside Charles Papa Playground & Recreation Center is far from glamorous. Its cinderblock walls, rusted windows and cracked floors prove it hasn’t been renovated for quite some time. The overcrowded closets full [continue reading…]

Overbrook: Passion for Students Motivates One School For The Blind Teacher

A teacher shares her journey of educating students with visible impairments and other disibilities in the Overbrook School For The Blind. [continue reading…]