It’s going to be a statue of Philadelphia’s real boxing hero.

Joe Frazier, the legendary boxing champion who came up in Philadelphia and would later win an Olympic gold medal, will be posthumously honored later this year with a statue of his likeness in South Philadelphia.

The 9-foot-tall bronze statue, set to be displayed outside of the marquee entrance to Xfinity Live! at 11th Street and Pattison Avenue, will depict one of the most famous moments in boxing history – Frazier’s 15th-round knockdown of Muhammad Ali in the “Fight of the Century” at Madison Square Garden in 1971.

The statue will be set up in the epicenter of professional sports in Philadelphia, nearby the home stadiums of the Phillies, Eagles, Flyers and Sixers. It will stand by the former location of one of the city’s most prized venues, The Spectrum, where Frazier fought Tony Doyle in the building’s first main event in 1967.

Last December, the Philadelphia Art Commission approved local sculptor Stephen Layne’s design of the statue at a cost of $160,000. Lawrence J. Nowlan, who was commissioned by the city to create the statue last April, died in July 2013.

The statue has the support of the local boxing community, including light heavyweight world champion Bernard Hopkins, who announced last year that he, along with Golden Boy productions, made a $25,000 donation to fund the completion of the project.

For some, the approval of the Frazier statue rights a long-held wrong for a city with a well-earned reputation of cultivating some of the greatest fighters in history, but is more known nationally for the exploits of one of its fictional boxers.

Rocky Balboa, the supremely popular title character of Sylvester Stallone’s classic 1976 underdog story set in Philadelphia, has had a statue of his likeness displayed here since 1982. Stallone included the statue as a movie prop in Rocky III and later donated it to the city.

The statue sat outside The Spectrum for more than 20 years. In 2006, the city Art Commission approved its move to the base of the Philadelphia Art Museum – where Balboa made his iconic run up the building’s steps.

The statue has stood outside the museum ever since, attracting hundreds of tourists a day who pose for photos with their arms up, like Rocky.

Still, the statue’s location outside the art museum hasn’t come without controversy.

Some argue the statue shouldn’t be placed outside the museum because it’s not traditional art. Others in the boxing circle say the city should be recognizing real-life boxers, not fictional characters.

“I think it’s kind of stupid,” Ryan Schweiger, of Gilbertsville, Pa., said of the statue even as he posed for photos with it along with his family on May 4.

Now, with the approval of the Frazier project, Philadelphia is getting its first statue of one of the city’s real-world boxing champions.

“I have always felt strongly that Smokin’ Joe has a rightful place in Philadelphia history and that should be honored,” Hopkins told ESPN last year. “We have a ‘Rocky’ statue and Rocky isn’t even real. Joe Frazier embodies the Philadelphia fighting spirit and I am so happy to be able to pay homage to him in this way.”

Frazier trained early in his career here and later opened his own boxing gym on North Broad Street in 1969. He trained at the gym for all three of his legendary fights against Ali in the 1970s and later repurposed the space for use as a community center in North Philadelphia.

Frazier lost the gym to back taxes in 2008. The building, which has since been transformed into a furniture store, was placed on the National Trust for Historic Preservation’s annual list of America’s 11 Most Endangered Historic Places in 2012. Last year, it was named to the National Register of Historic Places.

Frazier went 32-4-1 with 27 knockouts in his professional career. He held the world heavyweight title from 1970-73 and won a heavyweight gold medal at the 1964 Summer Games in Tokyo. 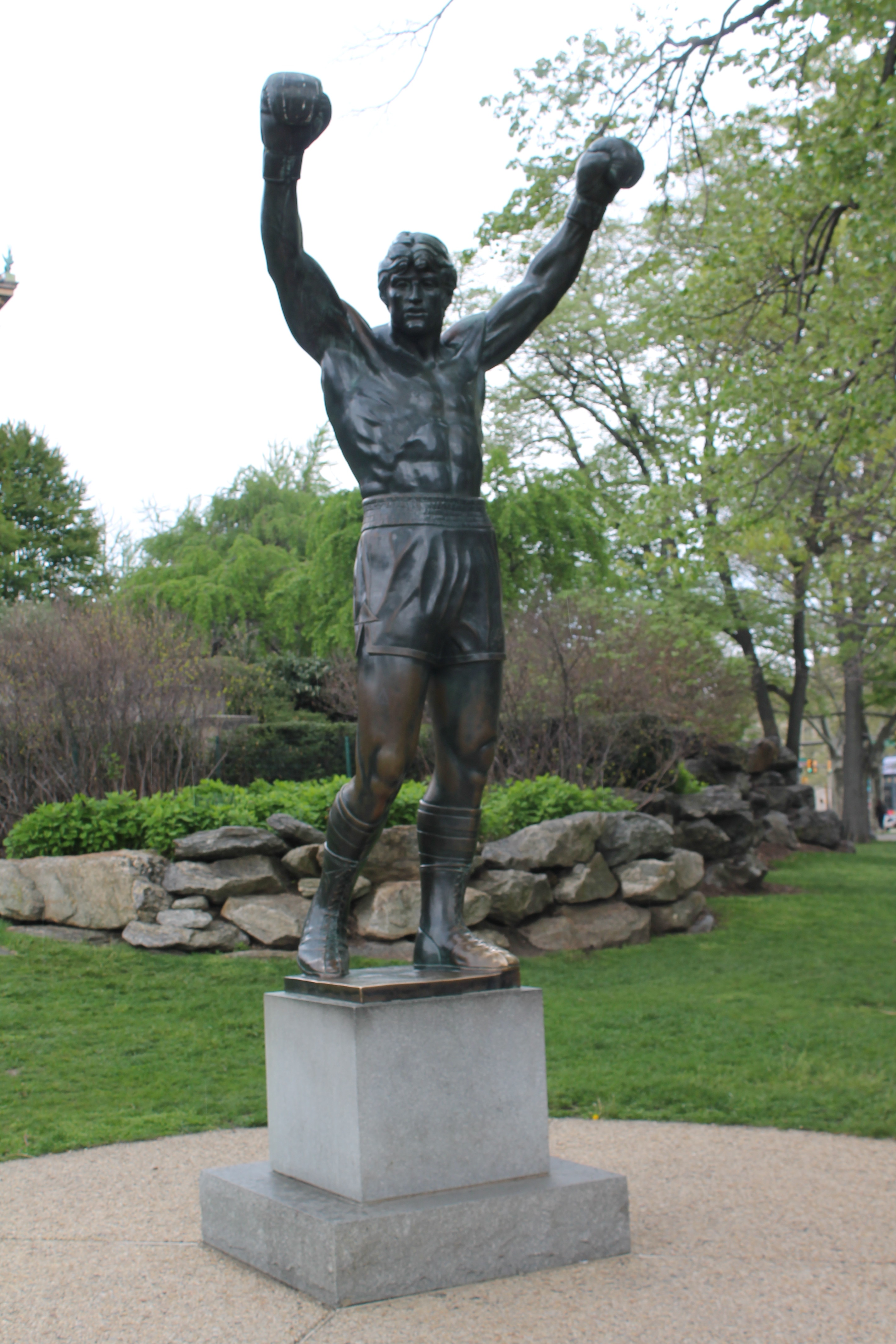 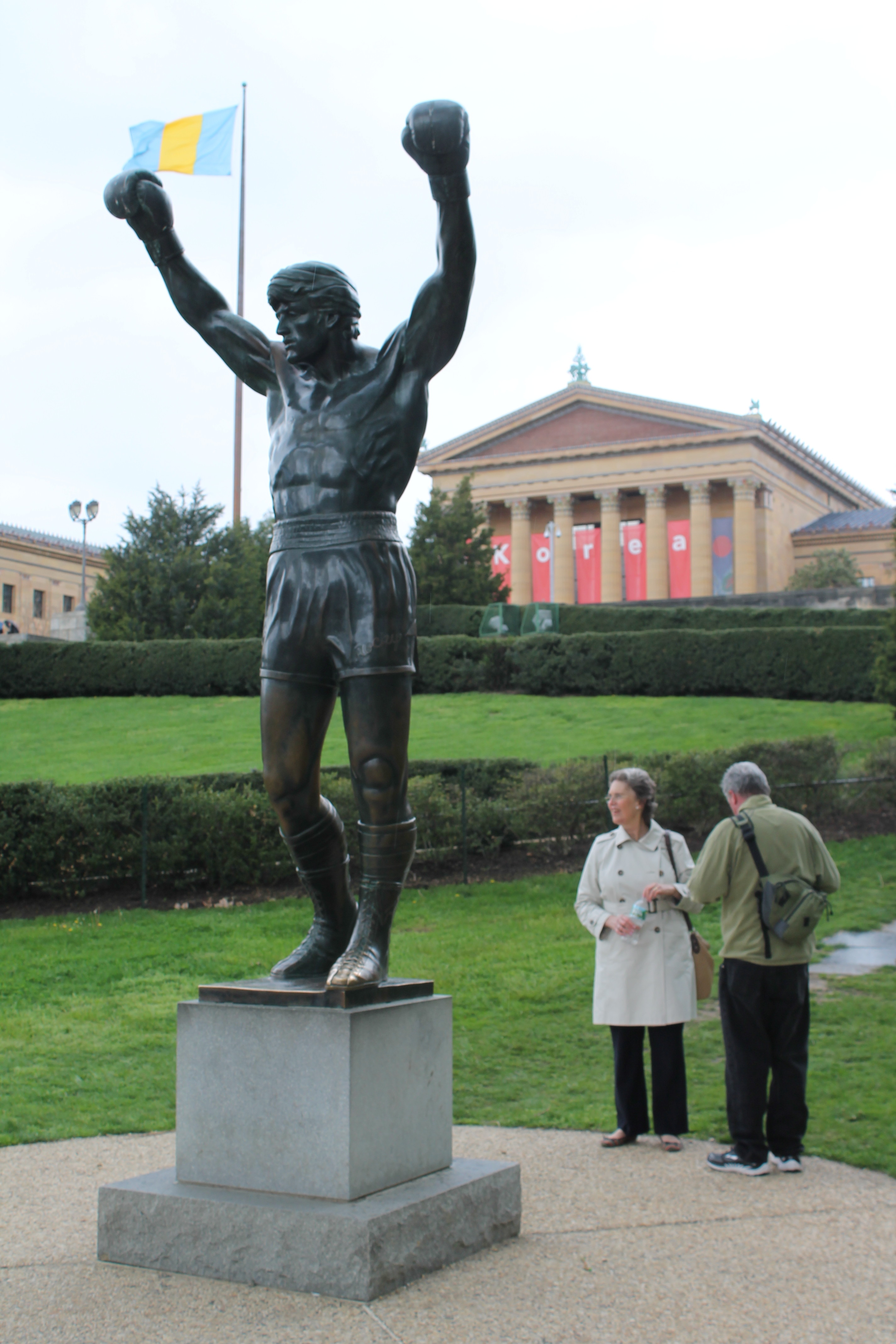 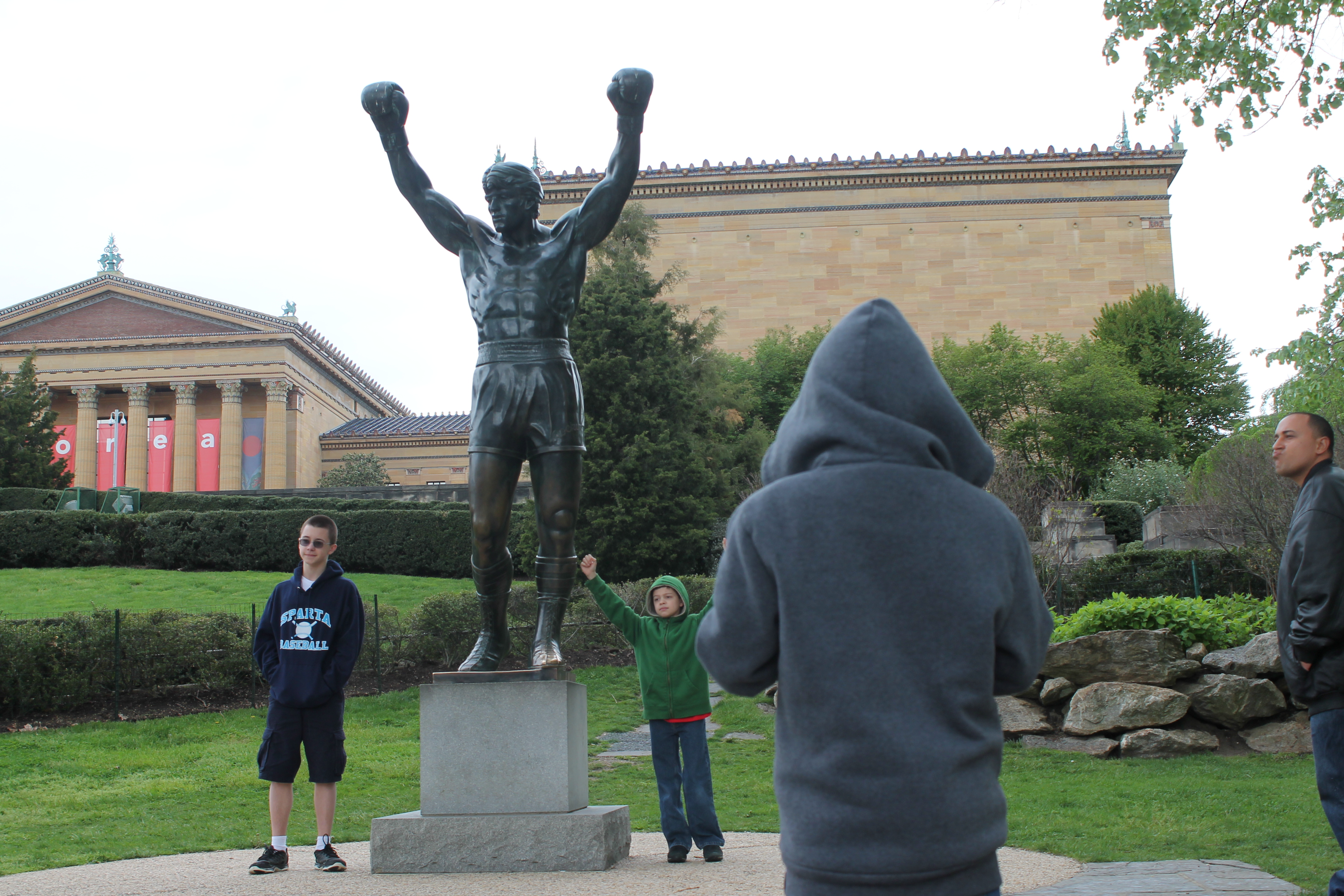 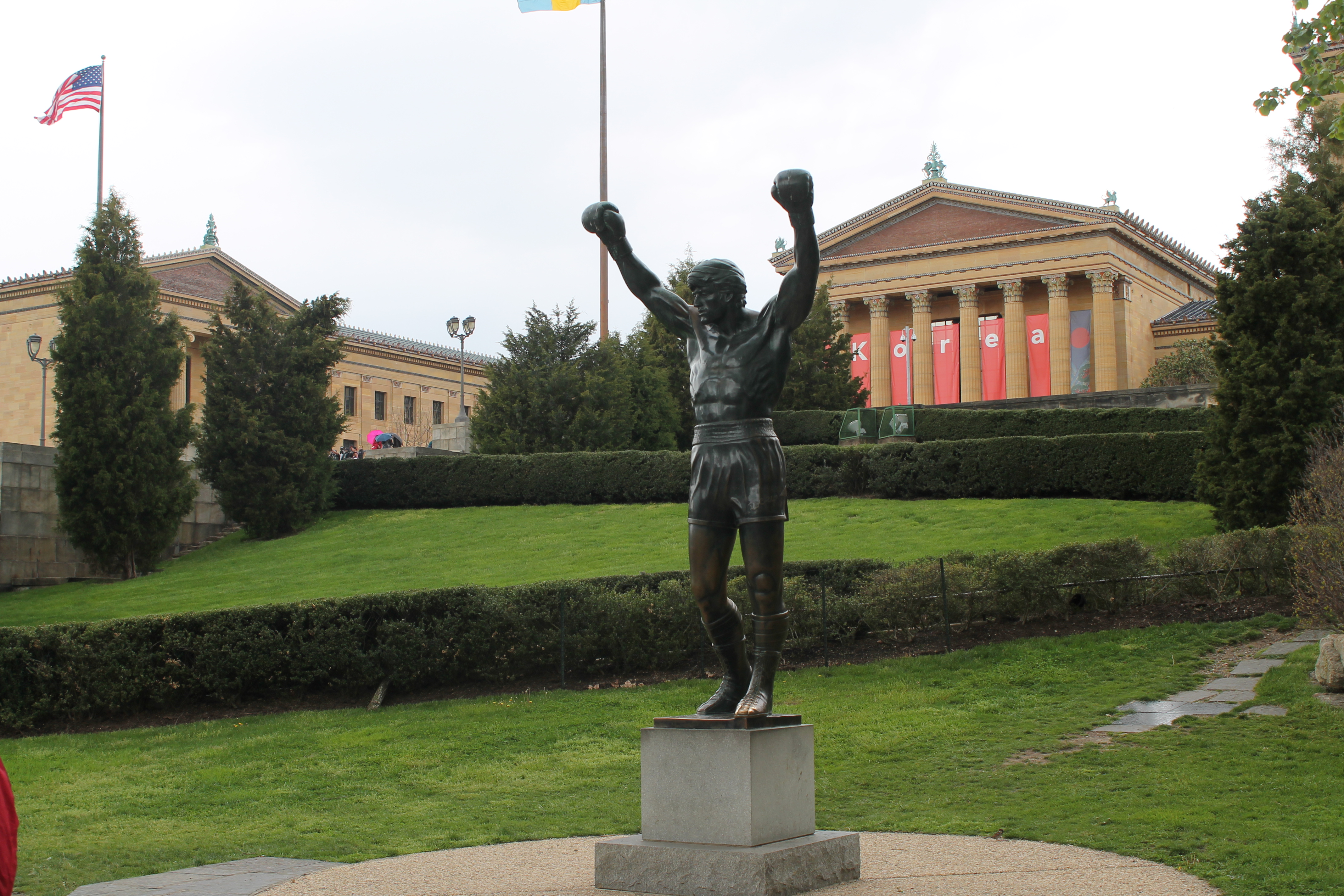 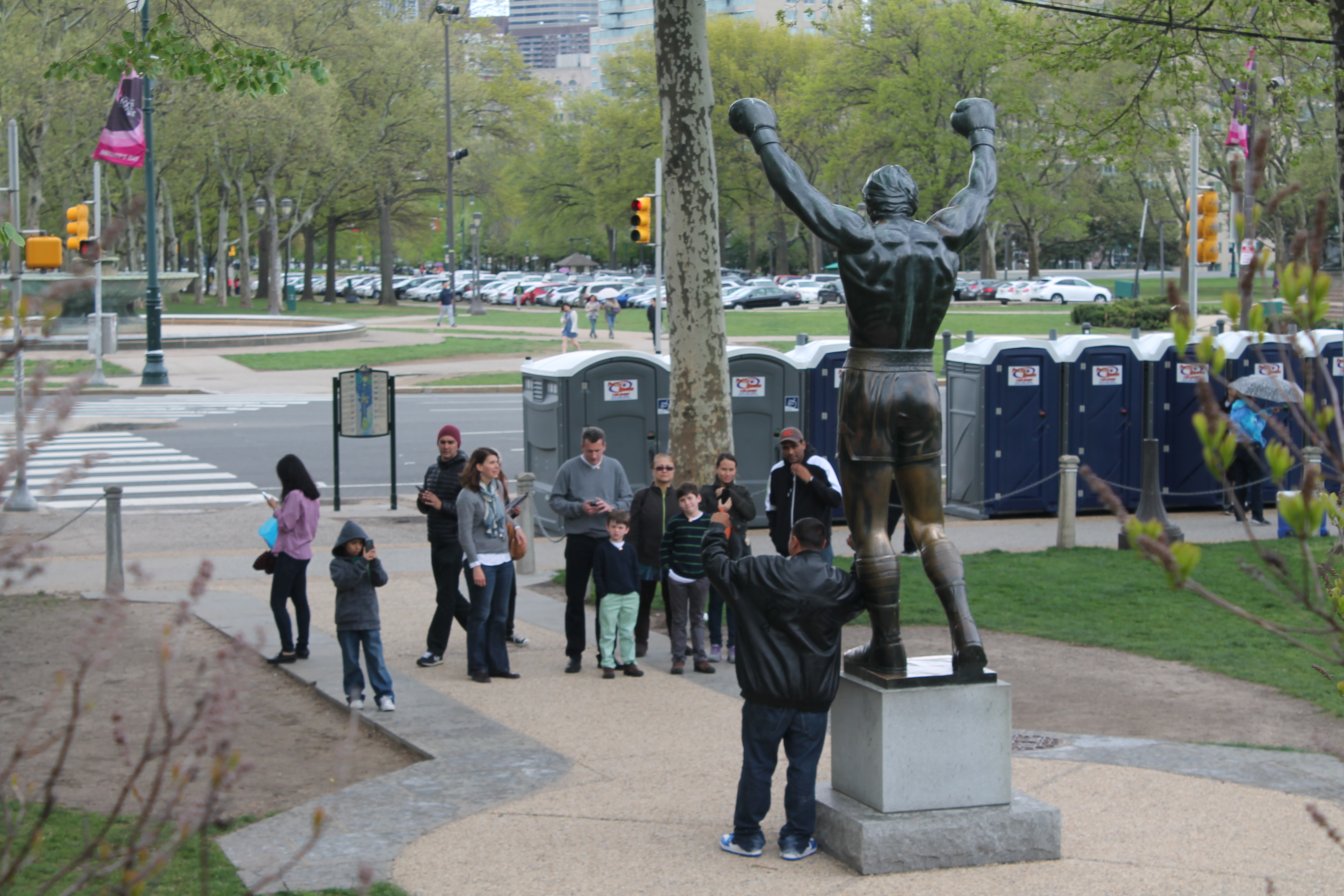 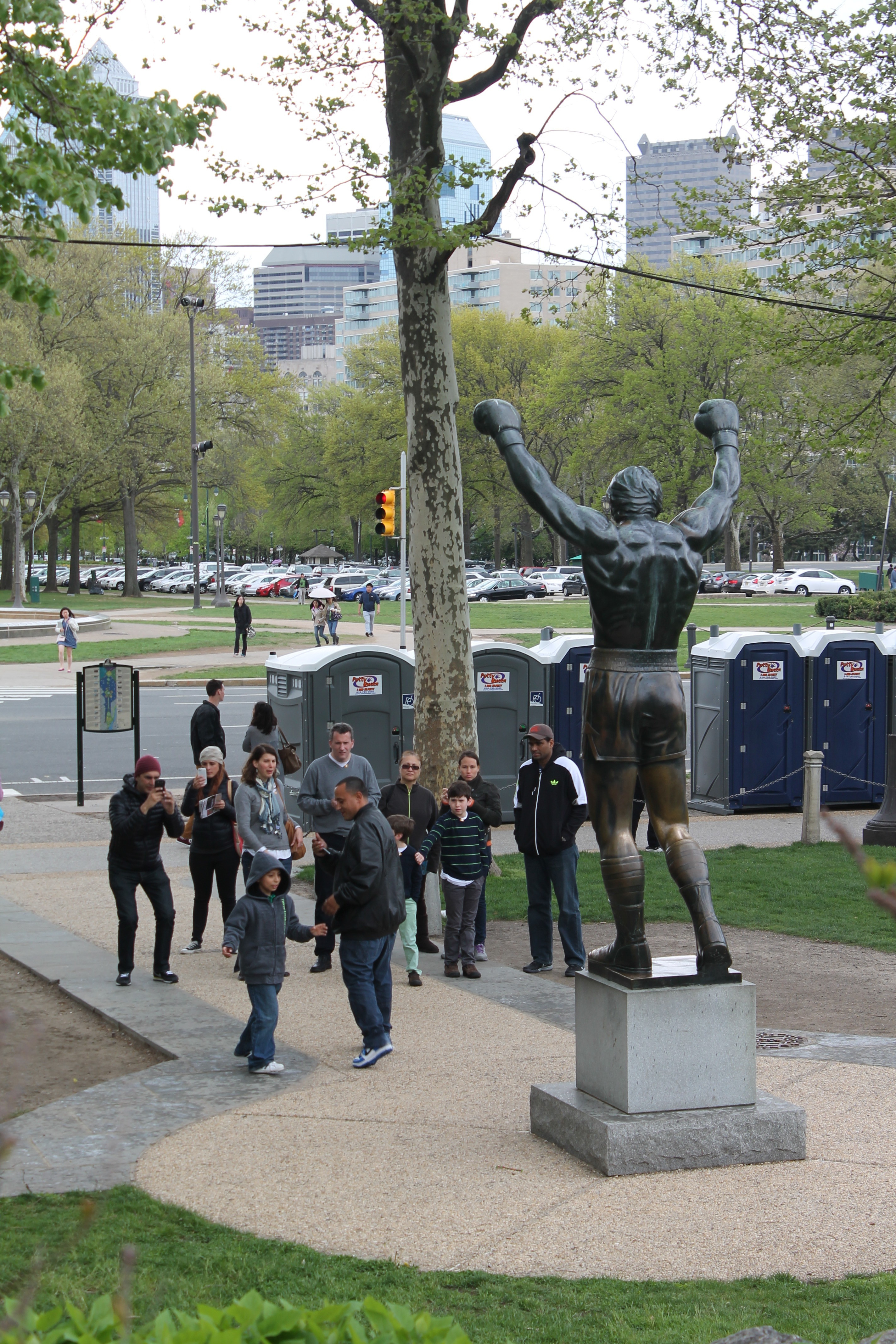 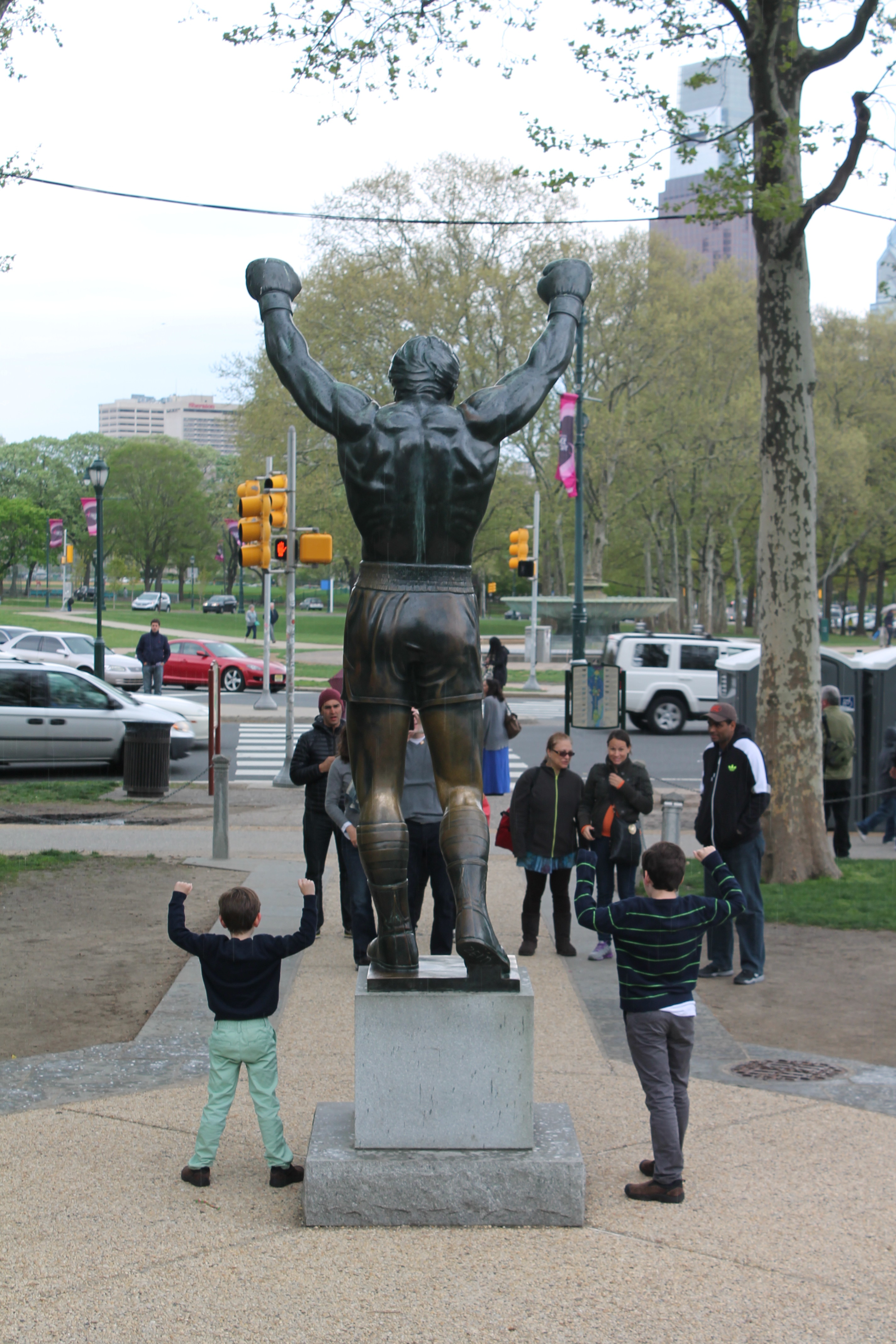 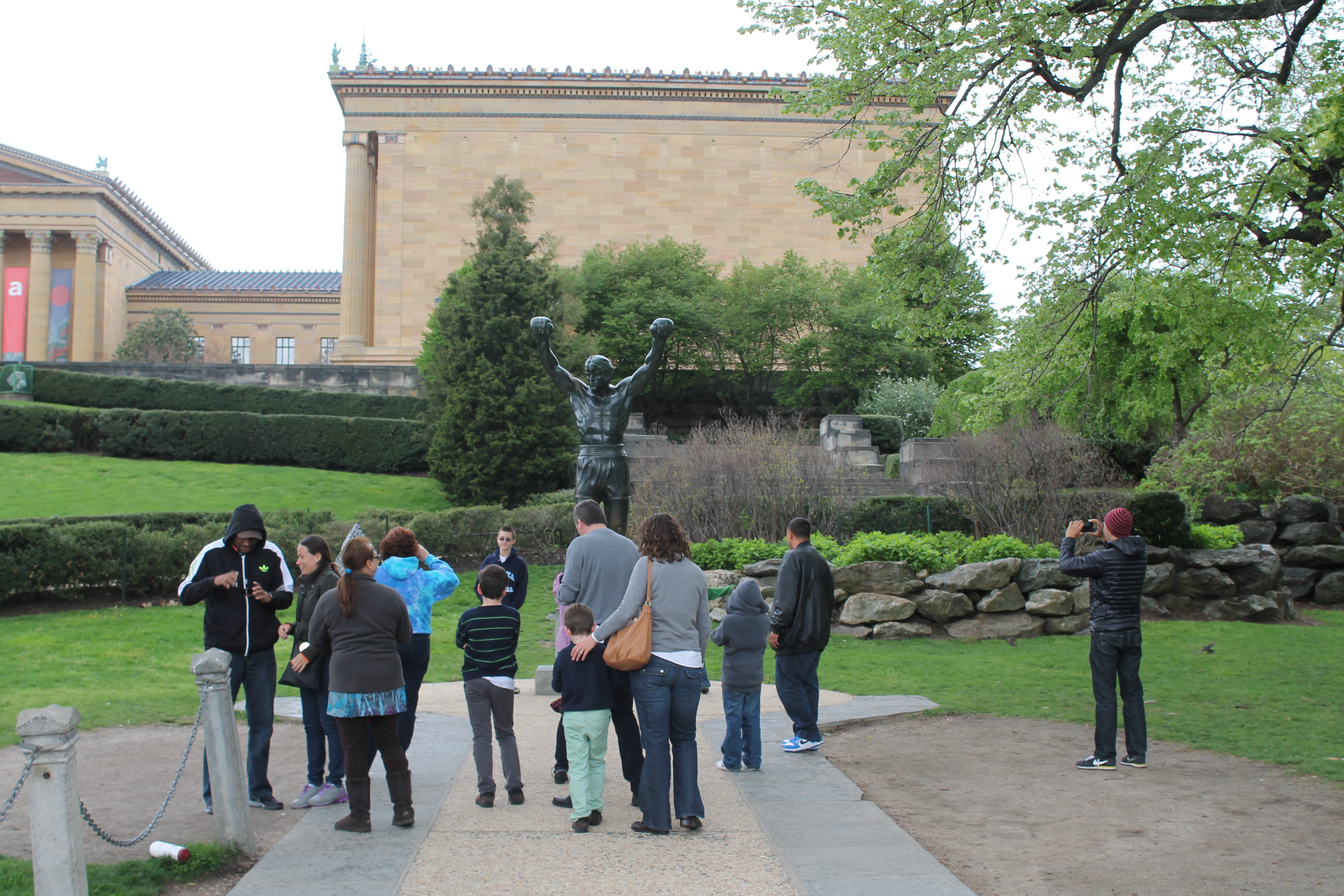 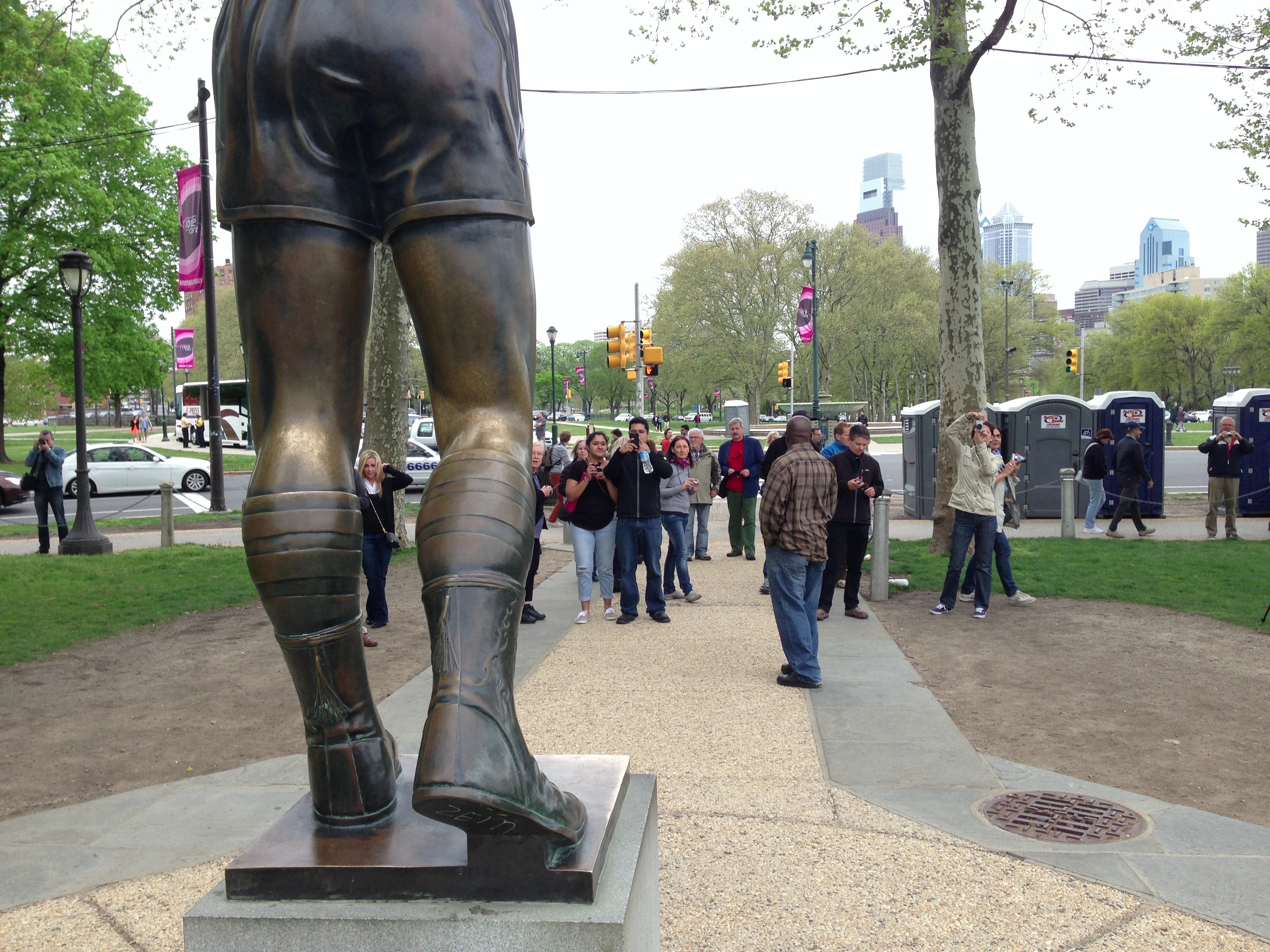 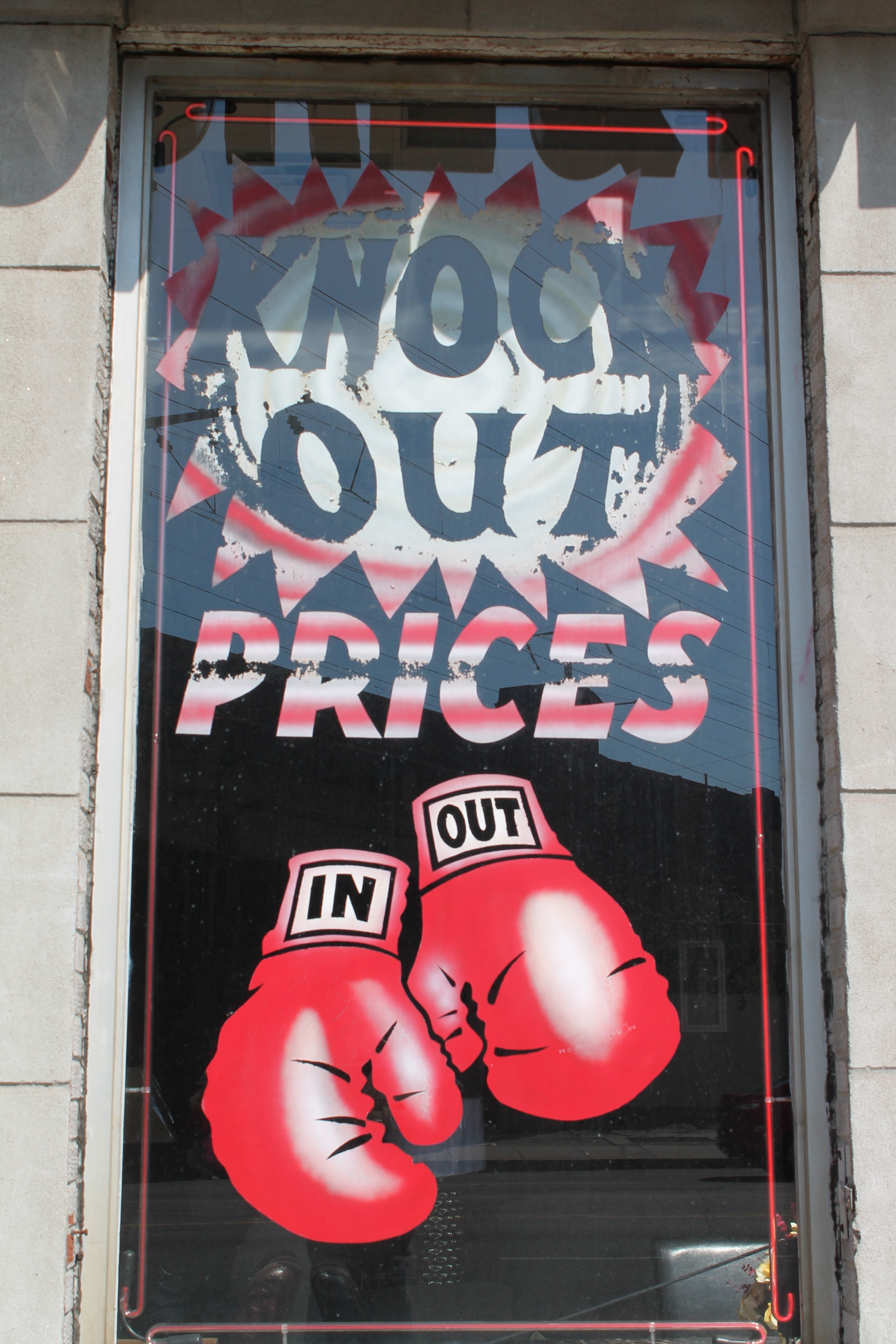 Spring Garden: Rocky Statue Draws Visitors from Near and Far

The Rocky statue is widely considered an interesting tourist attraction in Philadelphia. Not by Ryan Schweiger. On May 4, the Gilbertsville, Pa., native brought three German people – his wife Thalia and her friends, Svenia [continue reading…]

Philadelphia’s rich history of cultivating some of the greatest boxers in the world is well documented. The world titles in super lightweight and light heavyweight categories are currently held by Philly natives Danny Garcia and [continue reading…]

Fairmount: Businesses Rely Heavily on Tourists for Their Success