During the Obama administration, federal guidelines released called on public schools to allow transgender students to be able to choose the bathroom facility according to their self-professed gender identity. On Feb. 22, 2017, President Trump’s administration notified the U.S. Supreme Court that they would be withdrawing this guidance and felt that this was a focus for state-level governments rather than a national issue.

This is not the first difference of opinion Mayor Kenney and President Trump have had. Shortly after his inauguration in January, Trump made statements about sanctuary cities no longer being able to continue as such and he threatened blocking federal grants following the new executive orders. Kenney quickly acknowledged that the city will continue to be a sanctuary for documented and undocumented immigrants alike. 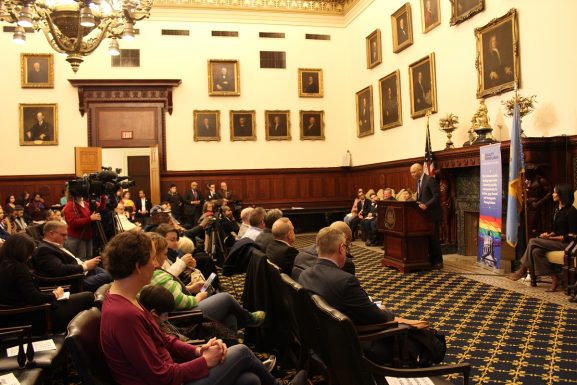 Transgender rights and protection-based laws have ebbed and flowed in the last few years, on both national and state levels, with bathroom rights for transgender people often coming into question. Philadelphia’s leaders of the transgender community are taking a stand against the current federal administration to keep the rights for all and work towards gaining the rights that their local and national communities still lack.

“I’m here to tell you that in Philadelphia, transgender people, students and adults, you are still protected. You are protected from discrimination…” stated Philadelphia Commission on Human Relations‘ Rue Landau. “You cannot be discriminated against just because of your gender identity.” 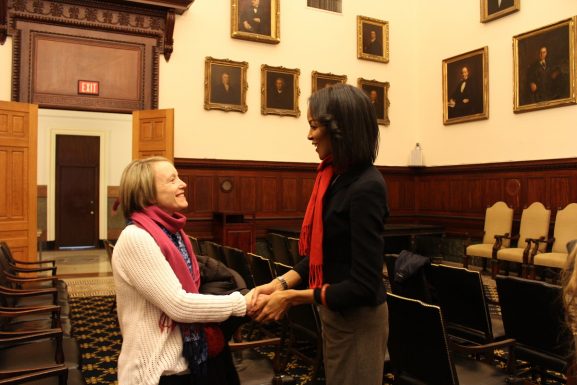 At City Hall, citizens in and around the transgender community met to speak about how Philadelphia will handle the statement and position from Trump’s administration. The mayor, along with representatives from the Philadelphia Commission on Human Relations, Philadelphia American Civil Liberties Union of Pennsylvania, members from the Mayor’s Commission on LGBT Affairs and a parent of a transgender child were just a few of the community leaders in attendance.

Similar to his stance against Trump to stay a sanctuary city, Kenny made it clear that he wants Philadelphia to support the transgender community no matter what the national guideline.

“I want every student and every parent in the city of Philadelphia to continue to stand for transgender students,” he said, “even if the federal government refuses to.”

Local artist Kevin Colden’s comic, Fishtown, chronicles the events of the 2003 murder of a 16-year-old boy, an act that shocked Philadelphia for the brutal nature of the murder and the lack of remorse by [continue reading…]

Brewerytown: New Youth Board Tries to Give a Voice to Young Residents

Square tables were pressed together for a conference at the Greater Brewerytown Development Corp. A dozen young men and one young female employee sat around the table as the CDC’s youth advisory board held its [continue reading…]