The following five women are notable members of the city’s technology scene. They have achieved success at their respective companies doing front-end web development, software engineering or design.

Wei (pictured above), a software engineer at Monetate, started her career with a degree in photography from Drexel University and a job in underwriting insurance before she moved into the technology scene. She has been working in technology for close to a decade and has been at Monetate since 2012.

Wei said she is proudest of the projects she learns the most from and enjoys the variety to her work.

“Clients always have different goals that we’re trying to meet,” Wei said. “[It’s like] ‘make this square peg fit this round hole.’”

Wei is additionally a web development instructor for Girl Develop It. 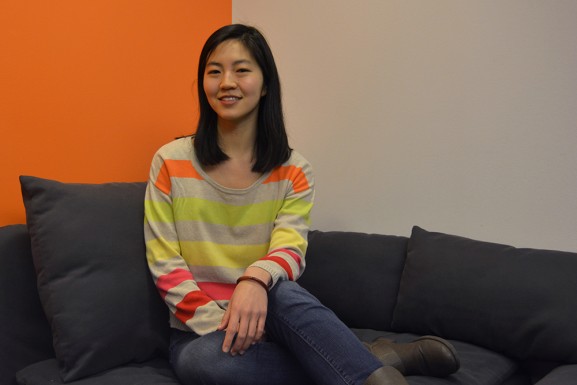 Liu graduated from Villanova University two years ago with a degree in biology but decided the technology scene was where her passion truly laid. After interning at a web design and marketing firm for six months, Liu was hired at RJ Metrics in Center City as a front-end developer.

She said she has seen the company quickly grow in size since arriving and is excited to be a part of an expanding organization.

Liu said she is looking forward to getting more involved in the Philadelphia technology community by attending more events. 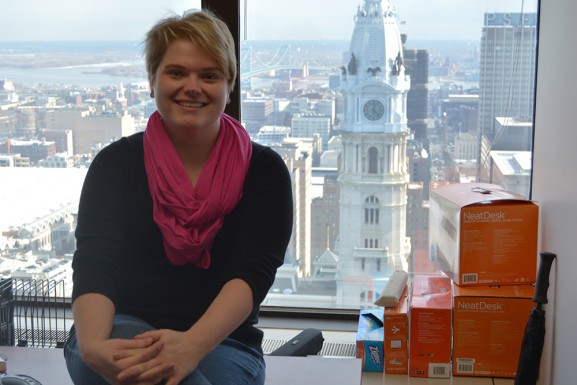 As a full stack engineer at Neat Company, Gray works with a team of developers distributed throughout the globe to create new features and enhance the performance of their cloud application.

“One of the things I love most about software development is that you are never bored,” Gray said. “There is always something new to learn and it’s satisfying to know that your work will directly impact the users’ experience with the product.”

Gray attributes her interest in technology through groups like Girl Develop It and the Philly Python User Group.

“Philadelphia is a great place to be a developer,”Gray said. “[It is] a vibrant technology scene that is supportive of women, and it’s encouraging to see the groundswell of interest among women to get involved.”

To see the other women on the move, read the rest of the story on our partner site, Technically Philly.

– Text and images by Diana David and Marcus McCarthy.

Klint Kanopka still remembers the time when technology’s purpose in school could be boiled down to defeating your classmates on the Oregon Trail. “Even shop class used to carry a negative stigma,” Kanopka said, “and […]

Public Health Management Corporation (PHMC) is a non-profit organization that helps provide health resources to the public. We spoke with PHMC president and CEO Richard Cohen (above, left) and PHMC CIO Mike McCain (right) about relocating […]

Business students are often told to formulate their ideas while still in college. Many of these young entrepreneurs come together to focus on the potential of their concepts. Students from Drexel University and the University […]