Growing up in Philadelphia, Kellan White was always surrounded by politics.

His father, John White, served on Philadelphia City Council, was a member of Mayor Wilson Goode’s administration and ran for mayor in the Democratic primary in 1991.

“I hope I was an example for him of integrity and credibility when it comes to fighting on behalf of our neighborhoods and our city,” John White said.

While this early exposure to the inner workings of Philadelphia’s government initially intrigued White, eventually he felt a desire to escape.

“I wanted to get as far away from Philadelphia politics as possible,” White said. 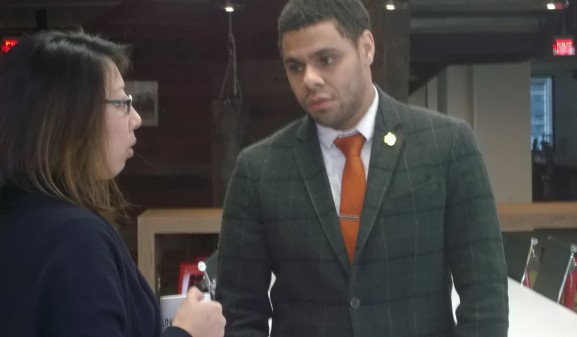 He was not just physically removed from Philadelphia’s political scene. He removed himself mentally as well, choosing to study sports marketing while at UNC.

“His time away was beneficial,” said Nicole Allen, White’s wife. “Being able to see other places and live in other communities really gave him a fresh perspective on the city.”

It was not until White moved back to Philadelphia to work at the Christian Street YMCA that he again felt a pull toward public service.

“I started working with kids who were bad off,” White said. “They had family, neighborhood and income situations that put them in bad places. They lived less than a mile and a half from City Hall. Seeing that backdrop, where they can see City Hall from their house but didn’t have food, made me think that I could do more good working for City Council than I could working with the kids directly.” 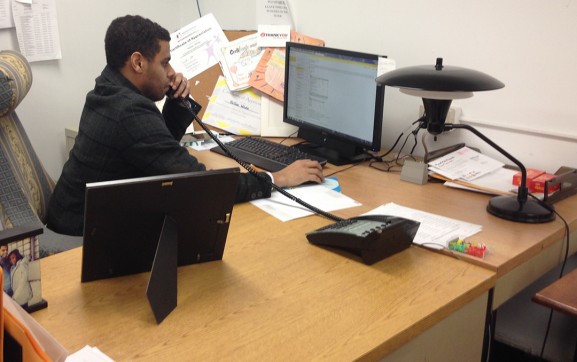 White called the office of Councilwoman Blondell Reynolds Brown and started off as a policy intern, while still serving as the Youth Development Director at the YMCA.

Eventually, White received a full-time position as a constituent services representative for Councilwoman Brown. He now serves as her community engagement and special events manager.

In his role, White plans the councilwoman’s special events, represents her at community meetings and provides help to any constituent who requests it.

White’s involvement does not stop when leaves the office on Friday afternoon.

According to those who have worked with him, White’s dedication to improving the quality of life in Philadelphia is unquestionable.

“He is very much committed,” said Michele Stevenson, White’s former boss at the YMCA. “In particular, his interest in developing young professionals so that they can make a stronger city is remarkable.”

To help further his role as a leader of young professionals in Philadelphia, White is the current co-director of the Philadelphia chapter of New Leaders Council, an organization devoted to training the next generation of leaders.

“I think one of Kellan’s strengths is the mindset that he has more to learn and that there are other people out there that bring strengths to the table that can help our groups achieve those goals,” said Paul Nedeau, a friend of White’s and former director of New Leaders Council.

As co-director, White handles the administrative affairs and spearheads the fundraising efforts of the chapter.

The Pattison Leader Ball was created in response to frustrations White and his wife felt after attending events during the annual Pennsylvania Society gathering in New York, where Pennsylvania politicians, lobbyists, business people and others go to convene, dine, party and shop.

“We went up and it was great,” Allen said. “We had so much fun. But it was clear that Friday night was the night for young professionals and any other time you had to pay $300 for an event. I was also floored as to why it was in New York. As we were leaving that night, I said, ‘Why don’t we have something in Philadelphia and why don’t we have something for young people?’”

In 2013, White and Allen co-hosted the first Pattison Leader Ball. 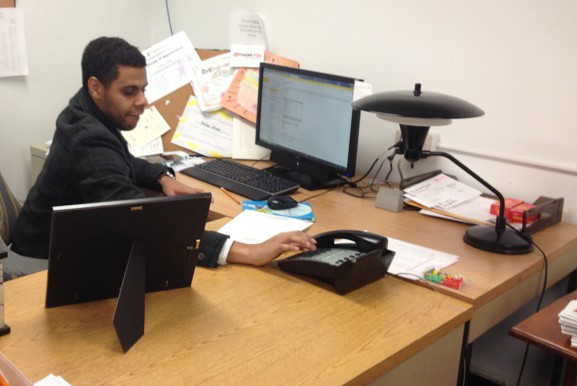 While the ball is the highlight of the year, White and Allen have turned the event into Pattison Leader Group, which aims to get young professionals more involved in the local process.

“We want to increase our generation’s participation,” White said. “Those who participate get their agenda pushed.”

Described as an ambitious advocate by his father, White will always be active in the city, but he is unsure of exactly where his future will take him. While he has been thinking about running for office since the fifth grade, he will only do so if he finds a constituency that wants him to run.

According to his wife, White will contribute positively to Philadelphia for years to come.

“He loves this city unconditionally,” Allen said. “He thinks about how he can make it better every day.”

– Text, video and images by Megan Whelan and Jade Perry.

April is more than just the beginning of spring, it is Sexual Assault Awareness Month. WOAR, a Philadelphia nonprofit, is leading the charge to prevent sexual violence in the area. [continue reading…]

Politics: Councilwoman Brown Shows Service and Activism in the Community

It was shortly after 11 o’clock on a brisk Friday morning in North Philadelphia. Folks at the Martin Luther King Jr. Senior Center at the corner of 21st Street and Cecil B. Moore Avenue were [continue reading…]