Jean Solar came to the United States from Chile two years ago. Despite his professional training as an engineer in his home country, Solar has been unable to secure a work visa in the United States and is struggling to assimilate to the culture.

He hopes that by spending time learning English and exploring the city, he will feel more at home in Philadelphia.

Solar visits the Charles Santore library frequently, attends free classes and attempts to read multiple books written in English each week in an effort to ease homesickness and tear down the language barrier between himself and his new countrymen.

“I am taking a comedy class and drawing class here,” he said of the library’s diverse offerings. 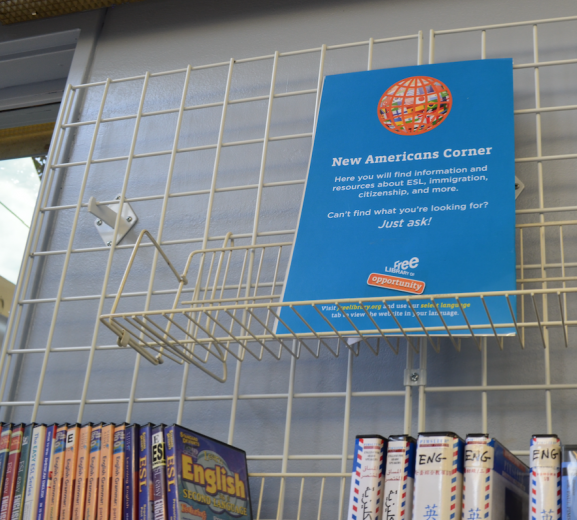 According to a study done by the Department of Homeland Security, there are 11.4 million illegal immigrants living in America as of 2012. In an endeavor to help immigrants like Solar assimilate to the U.S., the city offers different aid programs.

The Free Library of Philadelphia is a major contributor to the pool of resources available for immigrants in the city.

Under a program called New Americans, the library system provides multiple services and opportunities to immigrants at a variety of branches throughout the city for free. Aside from hosting international conversation nights, providing resources for jobs and assisting in preparation for the naturalization test, the library offers ESL classes. Participants do not have to provide documentation nor officially sign up, making it more accessible to undocumented immigrants.

“We partner with other organizations within the city to provide as many resources as we can,” Lindsay Friedman, a librarian at the Charles Santore Library in South Philadelphia, said. “To make them accessible, we offer many different classes held at many different times – for free.”

Friedman said she recently had to re-arrange and enlarge the “New American Room” in the library; a section that includes books, movies, audiotapes and textbooks in multiple languages.

“I’ve seen many people take advantage of the New American services that we provide,” she said, “especially as Nov. 8 approaches.”

Friedman said she has witnessed first-hand an increasing number of immigrants visiting the library leading up to the election. The use of resources at the library have hit an all-time high.

The popular ESL classes are run through a partnership with the University of Pennsylvania and are taught by education majors. At the Charles Santore Library, Yu Qi, or “Yoyo,” an international student from China, teaches weekly high-intermediate ESL classes. Yoyo has taught the ESL classes since the summer as part of field placement for her major. 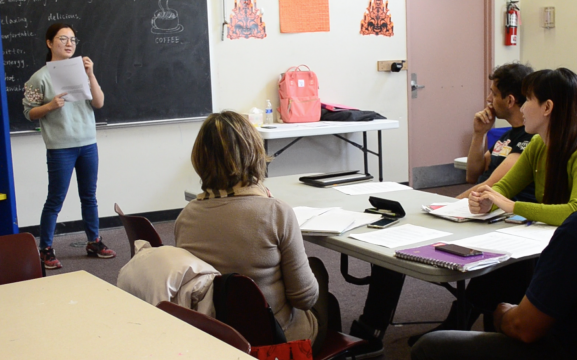 “Every week we have a new student coming in or falling out,” she said about her students. “But for those who have consistently stayed and spent time with the material, I can see a major improvement in their English reading and writing.”

Although Yoyo and the students in her class cannot vote in the upcoming election, she has kept up with the immigration platform of the candidates and has attempted to keep her students educated on the matter.

“Because we are learning the fundamentals of English in this class, we don’t really talk about a big topic like the election,” she said. “They (her ESL students) don’t really have the vocabulary for it in English yet.”

However, she said the immigrants in her class are nervous about the election, especially with the well-known immigration strategies of Hillary Clinton and Donald Trump: on one hand, a path to citizenship for illegal immigrants, and on the other, the threat to build a wall. 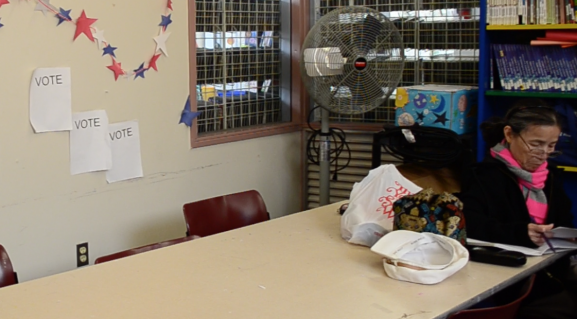 The upcoming election has caused many in Yoyo’s class to shy away from the “land of the free and home of the brave” altogether, the politics and policies of certain presidential candidates leaving a bad taste on foreign tongues. More specifically, on the tongue of one of Yoyo’s most loyal students: Solar.

Despite the results of the upcoming election, Solar and his peers plan on continuing to take advantage of the “New American” services provided by the library.

– Text and images by Taylor Schwartz and Cynthia Ferraz.