Port Richmond resident Erica Quinn said she remembers the day her longtime friend Nicole Fisher called her to discuss going back to work.

It was 2012, and both women recently had children. Although they both lived in Port Richmond since childhood, they weren’t thrilled with any of the child care facilities in the neighborhood. They envisioned a day care facility that they would send their own children, a place that wasn’t just “baby-sitting,” but educational.

That dream became a reality in 2013, when Quinn and Fisher opened Port Richmond Academy. After previously teaching in schools in South Philadelphia and Cinnaminson, Quinn and Fisher decided to put their backgrounds in education toward an endeavor that would benefit the community.

“We decided, since we had the background of being school teachers, we could implement that into the program here and make it not only just the day care, but all educational, even from infant up,” Quinn said. “They’re like sponges. They absorb everything from the time that they’re born. It’s a huge time that a lot of parents miss.”

May 10 marks Port Richmond Academy’s second anniversary. Quinn and Fisher are currently developing a new summer camp program at the Academy, which will focus more heavily on outdoor activities, while still incorporating an “education through play” mindset.

Port Richmond Academy has a total of 48 enrolled children, and with spots in day care and early education facilities becoming increasingly competitive in Philadelphia, the facility now has a waitlist for enrollment.

In a space painted bright shades of blue and yellow, Port Richmond Academy accepts infants as young as six weeks, toddlers and children up to age five.

“It was a mess. It was a disaster,” Quinn said. “There was nothing here. It’s this little hidden treasure that no one really knew about.”

All teachers at the Academy are required to have a background in education or must be studying for their education degree. Bridget Moore, a teacher at the Academy and also a Port Richmond resident, is a student at Holy Catholic University working toward a degree in early and special education. 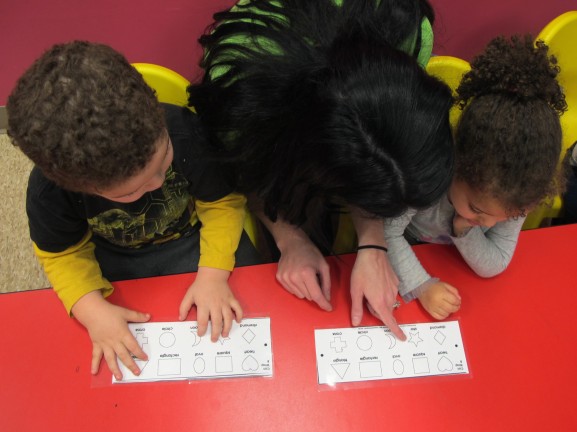 About half of the students come from the Port Richmond area, but others come from other areas in the city or surrounding suburbs. Quinn said a main goal is to promote diversity at an early age.

“Nicole and I spoke, and the things we did here are the things we wished as parents and as mothers that we had in the neighborhood, and we couldn’t find,” Quinn said. “It’s just really [the children] having fun and absorbing it all.”

Opened eight years ago by a Temple University graduate, the Olde Philly Pharmacy at 2923 E. Thompson St. has been fulfilling prescriptions, and providing home deliveries, for the people of Port Richmond since day one. [continue reading…]

Lauren Hallden from Port Richmond is using a website she created to connect with users in a unique way. Problem Bodies is a site that randomly generates things that are “wrong” with how you look. [continue reading…]