With a total intake of 27,990 animals last year, Philadelphia ranks above the national average of cats and dogs brought in to animal control. 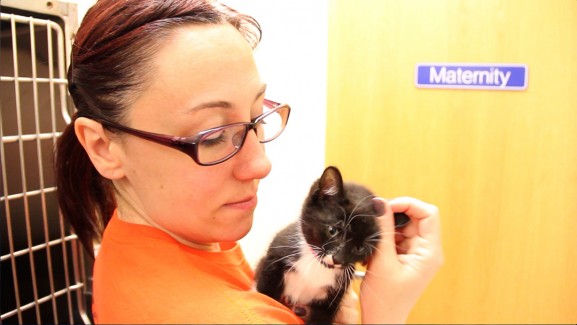 “Life happens,” the eight year volunteer said, “people move on. We’ve had animals surrendered because of their owner. You know, things that are truly no fault to the owner.”

The PAWS spay and neuter facility in Grays Ferry where Lamond works, rescued 2,721 animals alone last year, not counting 24,000 animals that came in to see the veterinarian.

For Lamond, that number embodies the low-cost service that is offered.

“It’s a low-cost vaccination clinic, low-cost spay neuter clinic, and we’re able to see the public,” she said. “It’s been especially helpful for people who might otherwise not been able to keep their pet, because they couldn’t afford veterinary care.”

A visit to the location at 2900 Grays Ferry Ave. will cost $20 to see the veterinarian, an economical option for those on a budget.

“I think that for people who can barely afford their daily life, for them going to a private veterinarian is not an option,” Lamond explained. “They can come here and the cost is lower, but also the care is equal.” 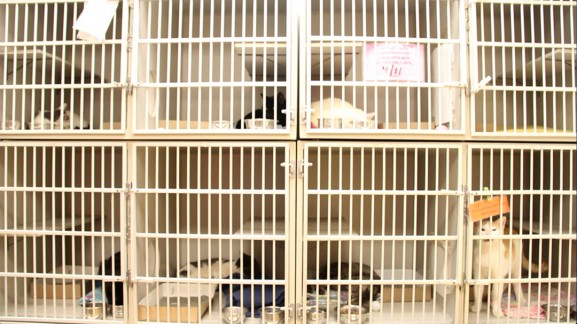 The founder of Red Paw Emergency Relief Team in Point Breeze has seen the number of animals who needed rescuing increase in the last few years.

“Since we began in 2011 the number of pets we’ve assisted has gone up,” said Jen Leary. “The goal as emergency responders is to reduce the number of fires in the community by doing outreach.”

As an emergency response organization, Leary’s mission is to provide emergency assistance for pets during times of disaster.

“We are not an animal rescue,” said the former firefighter. “We are an emergency response organization, that just happens to rescue pets. Our focus is more on pet preparedness and fire safety efforts in the city.”

Red Paw has assisted 1,900 pets and is called to service twice a day, seven days a week.

Looking towards the future, Leary is expecting growth for her nonprofit.

“We are currently working on a plan to expand, since this is a service every community needs,” she said.

After an animal is rescued, vetted and cared for, the next step is adoption or foster care.

Project Meow of West Philadelphia, a volunteer organization that educates residents in local neighborhoods about the feral and stray cat populations, partnered with PAWS to utilize their adoption facilities for the cats they vetted.

“They are absolutely huge in helping us do what we do,” Traclea Byford from Project Meow said. “There’s only a certain amount of fosters, and you quickly run out of homes.”

Having fostered six cats herself, Byford encourages fostering animals if an individual is unsure about adoption.

Byford believes that through education, a community can learn how to appropriately control the cat population in their neighborhood.

“What we’re trying to do is go into neighborhoods, find people who are concerned, interested and willing to learn,” she said.

At the end of the day, animal care, rescue and service are not easy tasks.

“It’s hard work to do this every single day,” said Lamond as she prepared for another day of helping animals in need. “We see cases of animals who come in that are very sick, but their seems to always be an upside.”

Anton Moore, 29, aspires to be the peacekeeper in Point Breeze and beyond by organizing events and other outreach via his nonprofit organization Unity in the Community. What exactly do you do? My organization is Unity [Read More]

In August, the group formally known as Newbold Neighbors Association took a leap in creating inclusivity in the Point Breeze community. The civic association that serves the area between 18th and Broad Streets and Washington [Read More]

Alice Shockley has lived in Point Breeze for the past 79 years and has no plans of leaving. The 85-year-old retired nurse has been an active member of Neighbors in Action for the past 10 years, [Read More]