Casa Soccer League is more than just an amateur soccer league. It is also a nonprofit organization run strictly by volunteers who are dedicated to maintaining Casa (Spanish for house) as an affordable, organized, competitive and quality outlet for soccer in Philadelphia

When it started in 2005, Casa was a summer pick-up league at the University of Pennsylvania. Ten years and 60-plus teams later, the league has a major role in Philadelphia’s soccer culture.

“It’s over 4,000 residents of Philadelphia in one league,” said Tim Hampson, president of Casa Soccer League and captain of South Philly United. “Currently, we are the pulse of Philly soccer. That’s a fact.”

Every volunteer can choose how large of a role in the organization they want to take. It was through the efforts of these volunteers that it grew to 24 teams across 3 divisions just two years after the league began. By 2009, Casa had four championship divisions.

“If you really think about it, is soccer a thing in Philly?” added Hampson. “ You would look to us. You wouldn’t look to the [Philadelphia] Union because the Union, they’re there, they’re a franchise. But in terms of growing the sport in the city, that burden’s not on them. The burden’s on us to try to grow this sport.”

The league has since added on three separate seven-on-seven divisions, an over-30 division, the Abierto (open) recreational division and a women’s division. They hope to continue expanding. 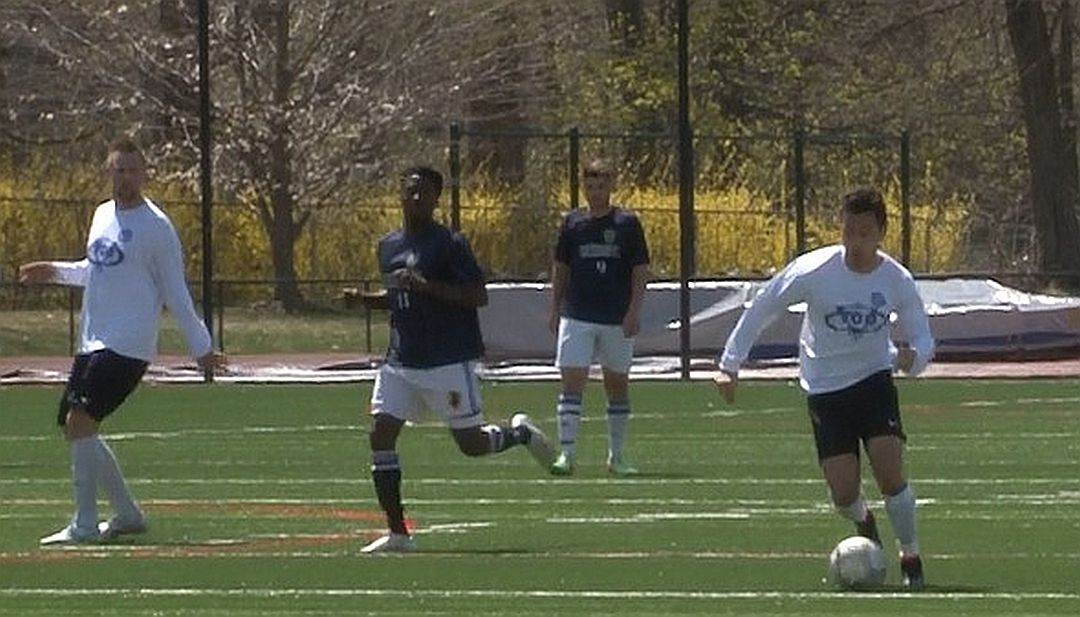 Each of the four championship divisions is a different level of competition. The highest level of competition is the Primera (Spanish for first) Division. It is followed by Segunda (second), Tercera (third) and Cuarto (fourth). Certified referees call each game during the league’s two seasons (spring and fall). There is now a Casa Soccer League ball with the league logo on it.

“Whether you’ve played soccer your whole life or if you’re just starting out and you just want to know what it’s like to kick a ball, we have enough leagues and divisions and range of quality that there’s a place for everybody,” said David Scott, commissioner of the Over-30 Division, as well as captain, coach and trainer for Philly Soccer Firm. “Whether you’re a man or a woman, it doesn’t matter. The quality is everything that you can want it to be. It can be low enough that there’s no intimidation when you step on the field. You’re just out there to have a good time” 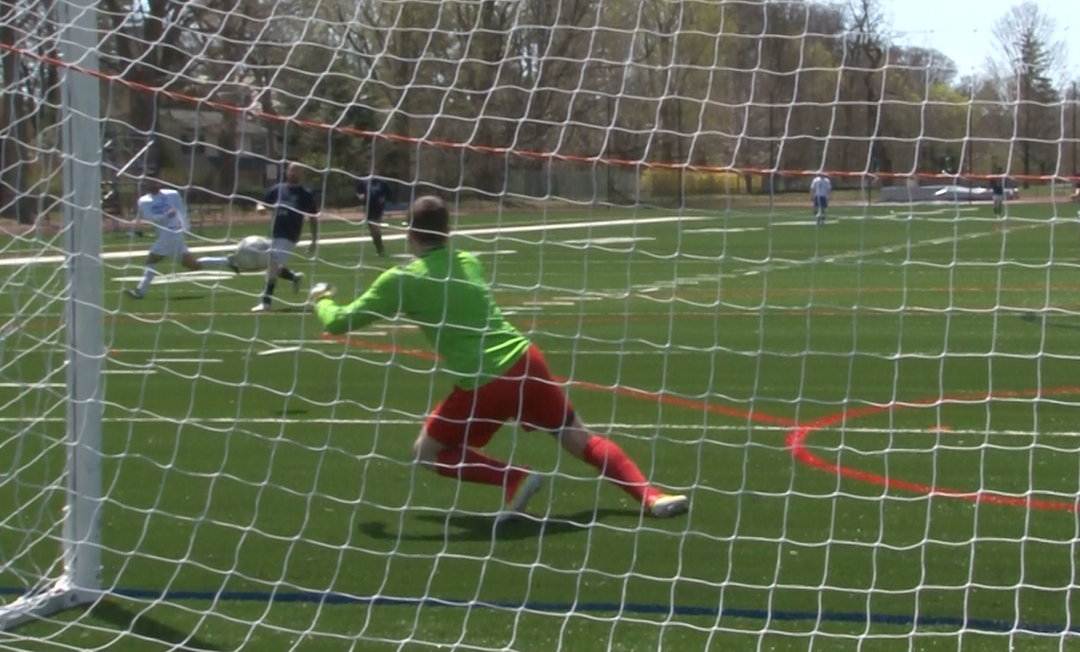 Casa has players who have played as high as Division I college soccer and even some who have played professionally. However, the league uses a promotion and relegation system between their divisions so every player or team that enters the league has to work their way up no matter their experience level.

Even with the differences in abilities, the league has become a strong community for Philadelphia’s soccer fans. The league has events during the offseason and many players get together after games and on weekends.

“We play together almost every weekend,” said Alex Tablin-Wolf, center back for Philly Soccer Firm and the league’s current fundraising chair. “We hang out together. We have parties at people’s houses, barbecues things like that. It’s very much a close-knit family, The same thing is true at the board level.” 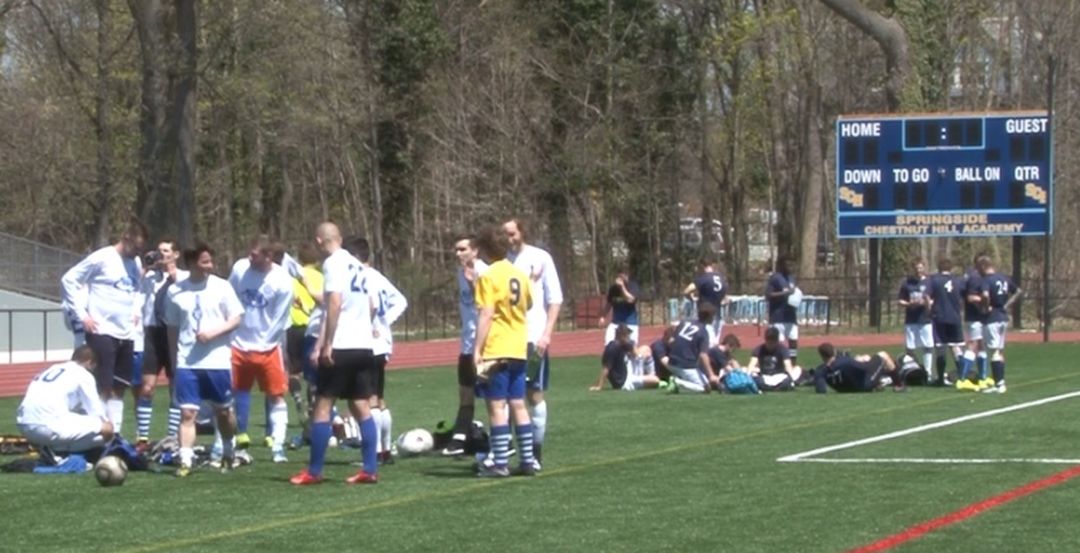 Some of the teams in particular have become incredibly close-knit.

“Stoney United was named after one of our teammates actually,” recalled Joseph Livewell, midfielder for Stoney United and former Casa fundraising chair. “His brother passed away about eight years ago or nine years ago, and the team was founded soon thereafter in his memory. He was big into soccer, so we play in the memory of Stoney. We are fortunate to have Matt Stone on our team. So every time we go out there, we think of Dan Stone and get out there and play for him basically.”

Livewell plays with his cousin, Joe Beck, and many friends. Many teams also have that family aspect without actually being related to each other. Casa’s culture is what inspires many members to volunteer and do what they can to help the organization. The growth and longevity of Casa has allowed the league to create many relationships that have helped them find locations to play and attract new players.

“There’s also an expectation now, for a new team,” said Hampson. “So, that expectation – what the quality of the league is – is increasing. Not quicker than we’d like but it’s certainly increasing to a point where we know we have the burden to deliver competitive, organized Philly soccer. There’s no one else, especially not at this level.”

Each of the championship division’s top four teams play in Casa’s playoffs with the final being played at PPL Park, home of the Philadelphia Union. The league’s playoff tournament is called the Kelly Cup, in honor of former Casa player and Primera division commissioner Shane Kelly, who was murdered in 2011.

Getting to play for the Kelly Cup at PPL Park and adding the new divisions were goals the league was able to achieve. The league’s organizers hope that they will continue to expand and someday be able to add a youth league. 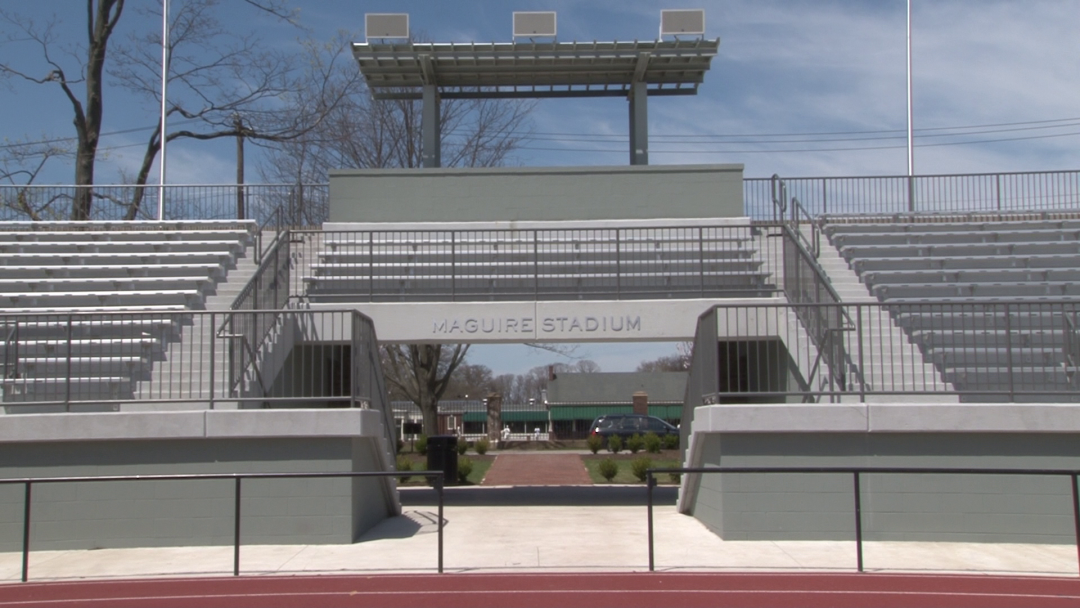 In its early years, the league played on fields at Pennypack Park along the Delaware River that were not in great condition. The league has since upgraded to much better fields, such as Springside Chestnut Hill Academy’s field at Maguire Stadium. But they haven’t forgotten where they came from – they continue to look for ways to rehabilitate the Pennypack Park fieldsto One day, they hope to create a quality location for Casa to call its own.

As a nonprofit, ideas like this and other plans require a lot of help for Casa to make them a reality. But with the volunteer structure and the passion of its members, the organization is able to maintain its high quality.

“It wouldn’t be anything without the help and the volunteers that we have,” Hampson pointed out. “Because it’s not just me. It’s a bunch of guys.”

As Casa continues to grow, they have also found new ways for people to enjoy playing soccer in some form. FootGolf is a combination of golf and soccer, where players try to kick a soccer ball into a large hole in as few kicks as possible. The inaugural Philly Soccer FootGolf Outing will take place on May 17 at Cobb’s Creek Golf Club.

FootGolf serves as another way for Casa to engage people in soccer and to try to nurture the growing soccer following in Philadelphia. While it is a big responsibility to have taken on, Casa Soccer League is very motivated to do its job as the pulse of Philly soccer.

“West Philly’s best kept secret.” Those were the words used by Mahari Bailey to describe Café Rue 52, the new creperie and espresso bar at 503 S. 52nd St., which  he owns. Bailey grew up [continue reading…]