As of 2014, at a local level, between 30 and 40 percent of Philadelphia’s youth live below the poverty line. 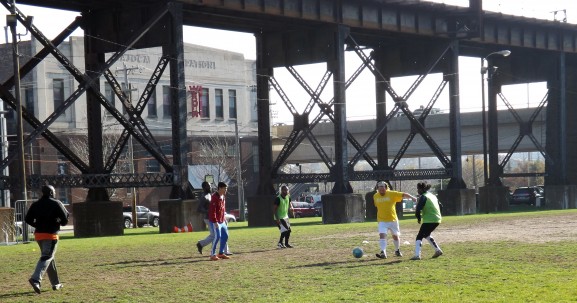 Lawrence Cann and Street Soccer USA have been trying to reduce that number since 2007. Cann started the organization as a way to empower homeless young adults through the sport of soccer, but is now expanding the program to Philadelphia’s youth as a whole.

“It’s a similar model with different partners and different locations, but the basics are all the same,” Cann said. “It’s exciting, because it’s not expensive, it’s reputable and it’s scalable.”

Street Soccer USA has held national tournaments at Times Square in New York City and the Civic Center in San Francisco. The next tournament will take place on May 27-29 at Eakins Oval in front of the Art Museum.

“They will be community-based programs focused on the youth in low-income communities in Philadelphia,” Can said, “and it will bring our national tournament to Eakins Oval on Memorial Weekend. I’m excited because all 16 cities will come and play and set the example.” 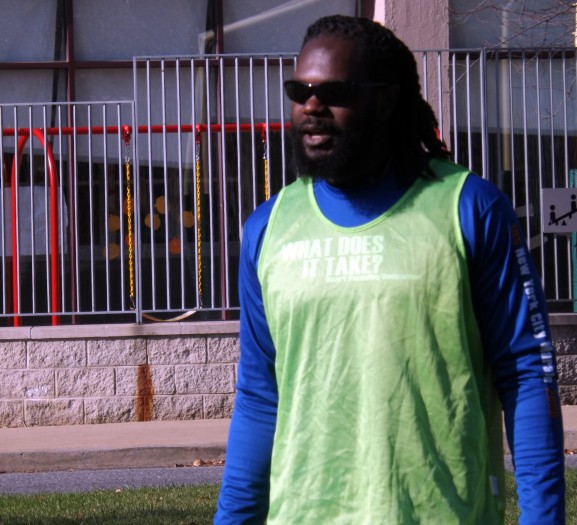 Cann first noticed the possibility of expanding the program when more kids started showing up to watch the young adults play in their games or practices. Some of the members of Street Soccer were also getting custody of their kids, as a result of their making strides toward turning their life around.

“We took a hard look and started saying, ‘Why shouldn’t we start working with kids?'” Cann added. “It’s the same program infrastructure that we deliver to adults and frankly, there are a lot more kids who show up.”

Street Soccer was founded in Charlotte, North Carolina, in 2007, with a local community team. But now there are 16 chapters across the United States. Before Street Soccer sets up locations, however, they bring a staff into the community to build relationships with the local recreation centers and other services in the community.

Cann and Street Soccer’s national director of business development, Carter Jordan, have been raising money since the beginning of 2015 and are $80,000 toward their goal of $150,000 for a full-time staff in Philadelphia.

“We try to work with small businesses to build a wall – not a physical wall – but a safe space where people come to the court play,” Jordan said. “There are different people in the community who understand the value of the space when they’re there.”

The courts that are used by Street Soccer are designed to take advantage of small unused or misused parcels of land that are too small to build on, or abandoned parcels.

“We source components from five different vendors,” Cann said. “The surface is a durable plastic surface used for futsal (a modified form of five-on-five indoor soccer) but can serve to play basketball or tennis on. The soccer ball moved fast on it, so it’s a faster game and a more durable surface and less expensive than turf. We don’t allow slide tackling anyway, so no need for grass or turf.”

Street Soccer is working with Impact Services to publicize its youth program. Impact Services is a nonprofit organization that has seven different locations in Philadelphia that specialize in employment and training, supportive housing, and community and economic development.

“We’re helping identify sites,” said Casey O’Donnell, who is the CEO of Impact Services. “We went on tour. We brought community members together who are aware of potential sites.

“We mapped it out, so operationally we are going to identify some space and partners. It’s difficult for any outside organization to kind of drop into a neighborhood unless they have a connection to the community, so Impact Services and our partners have offered that connectivity to the community.” 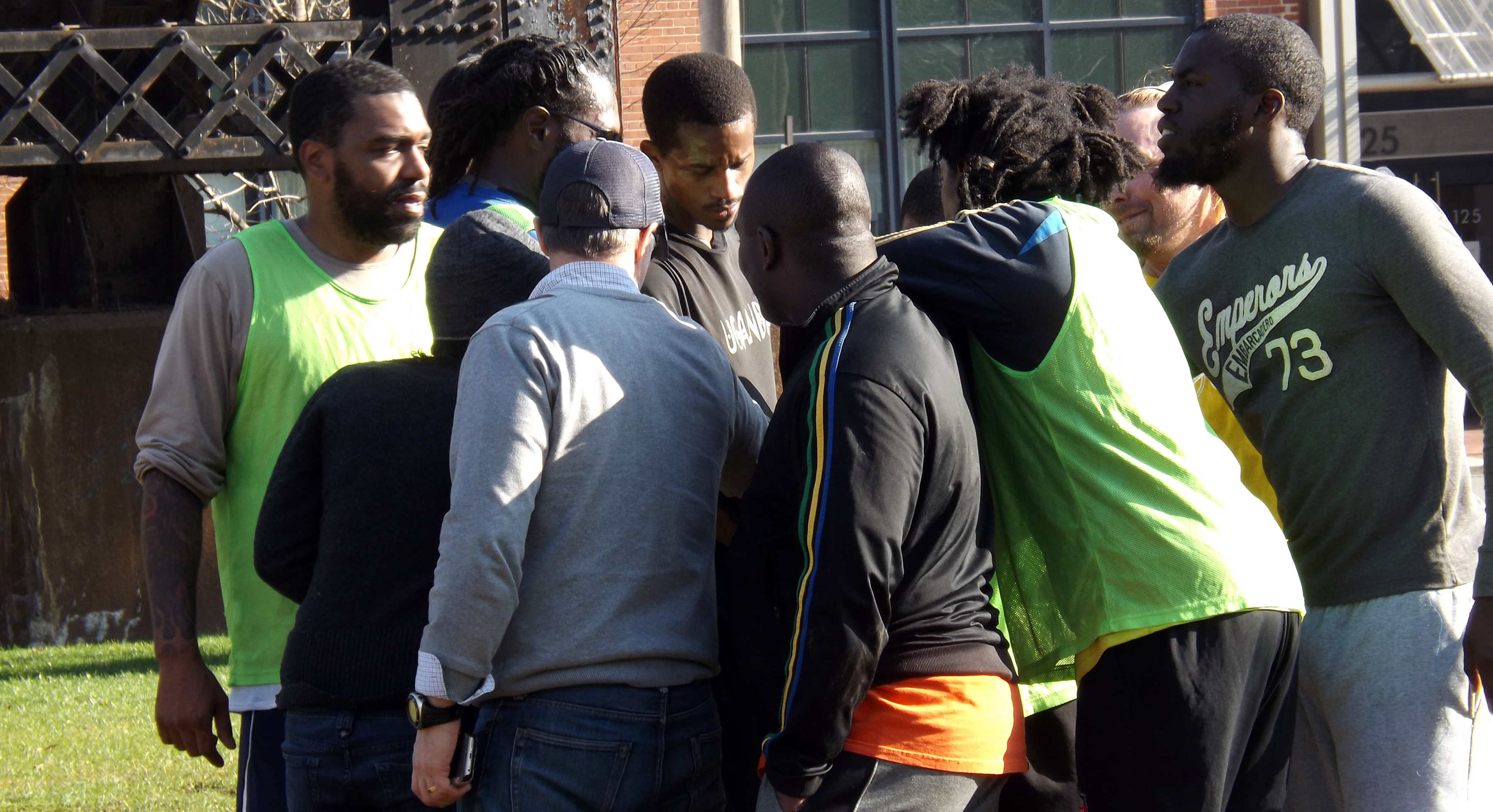 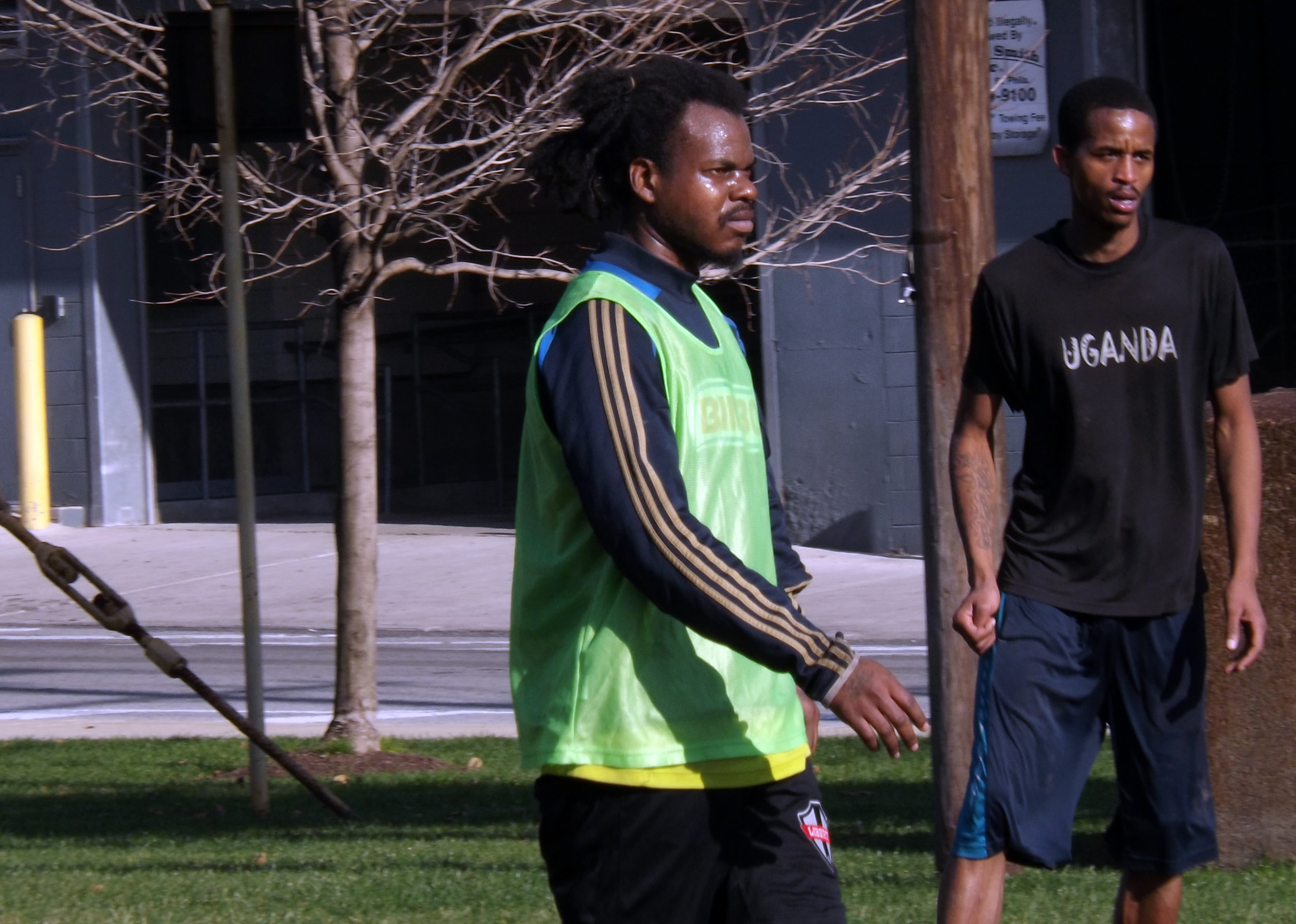 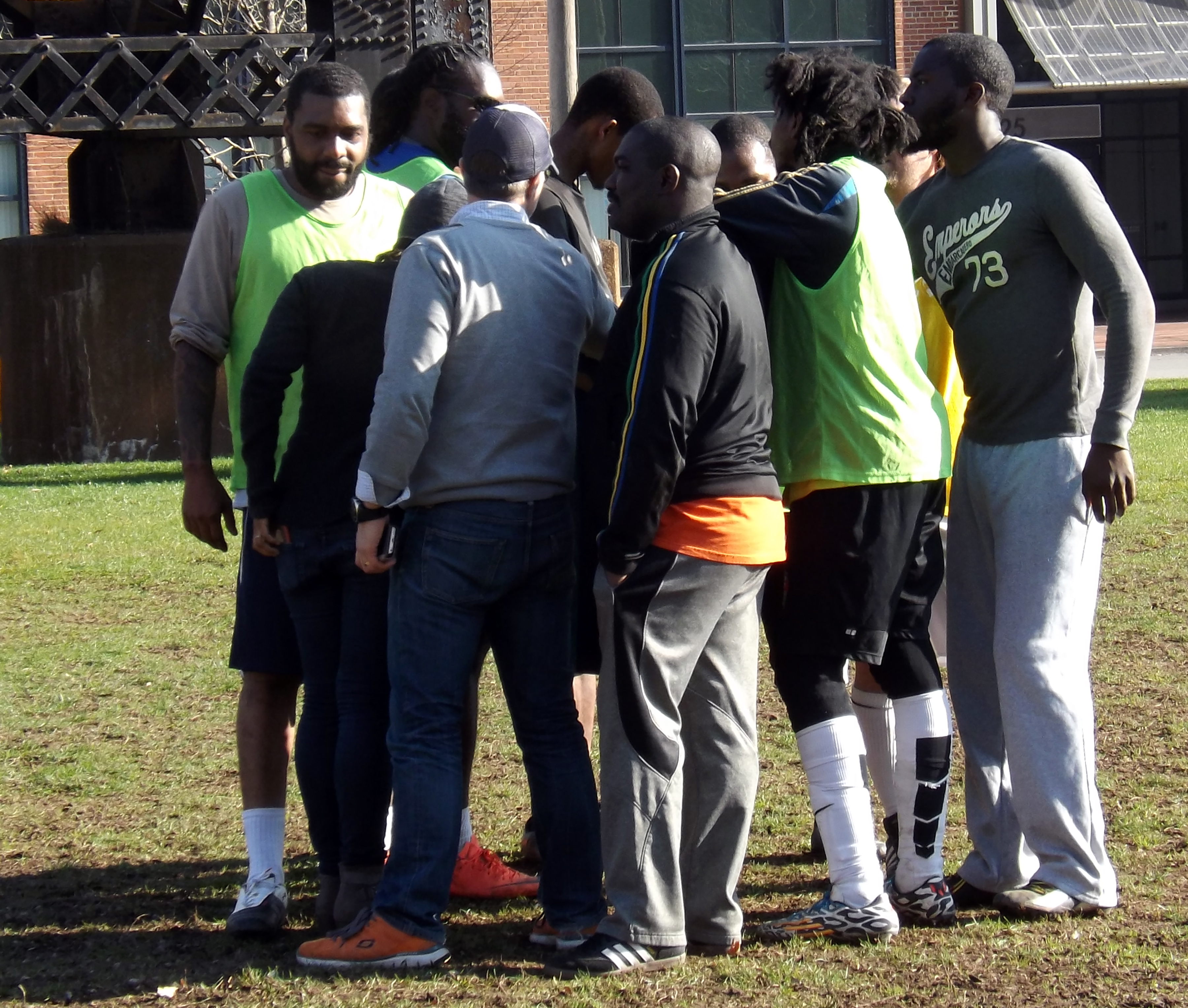 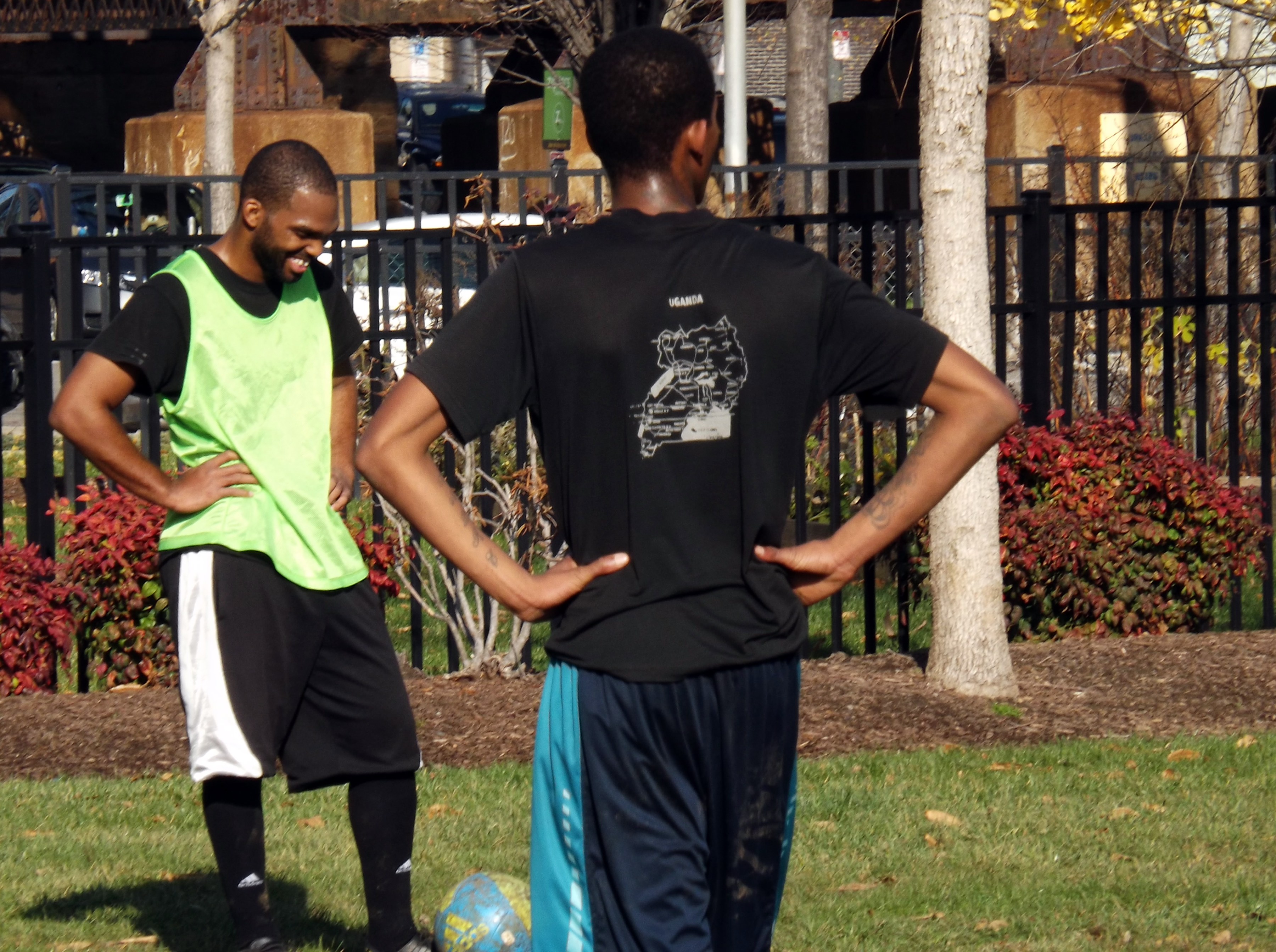 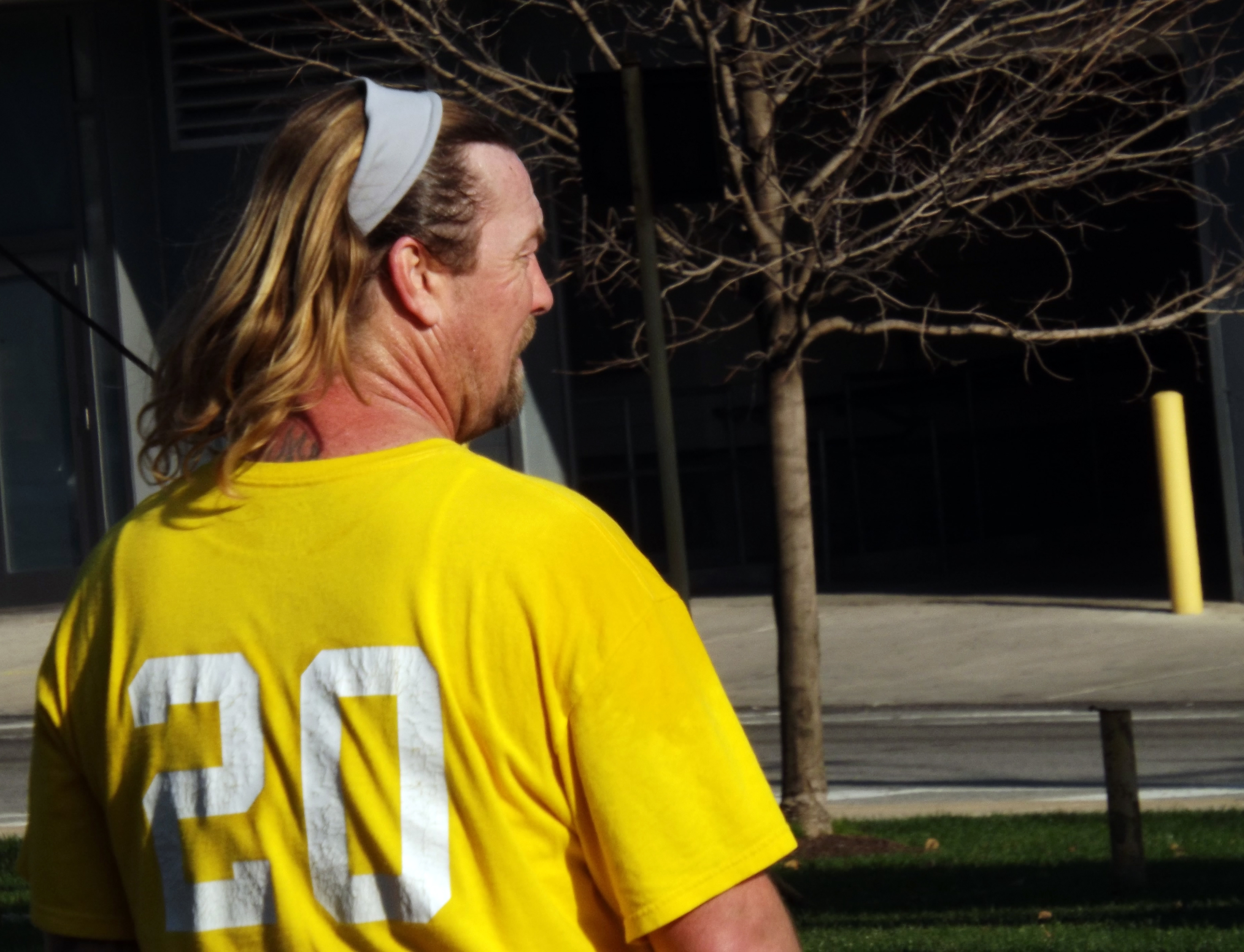 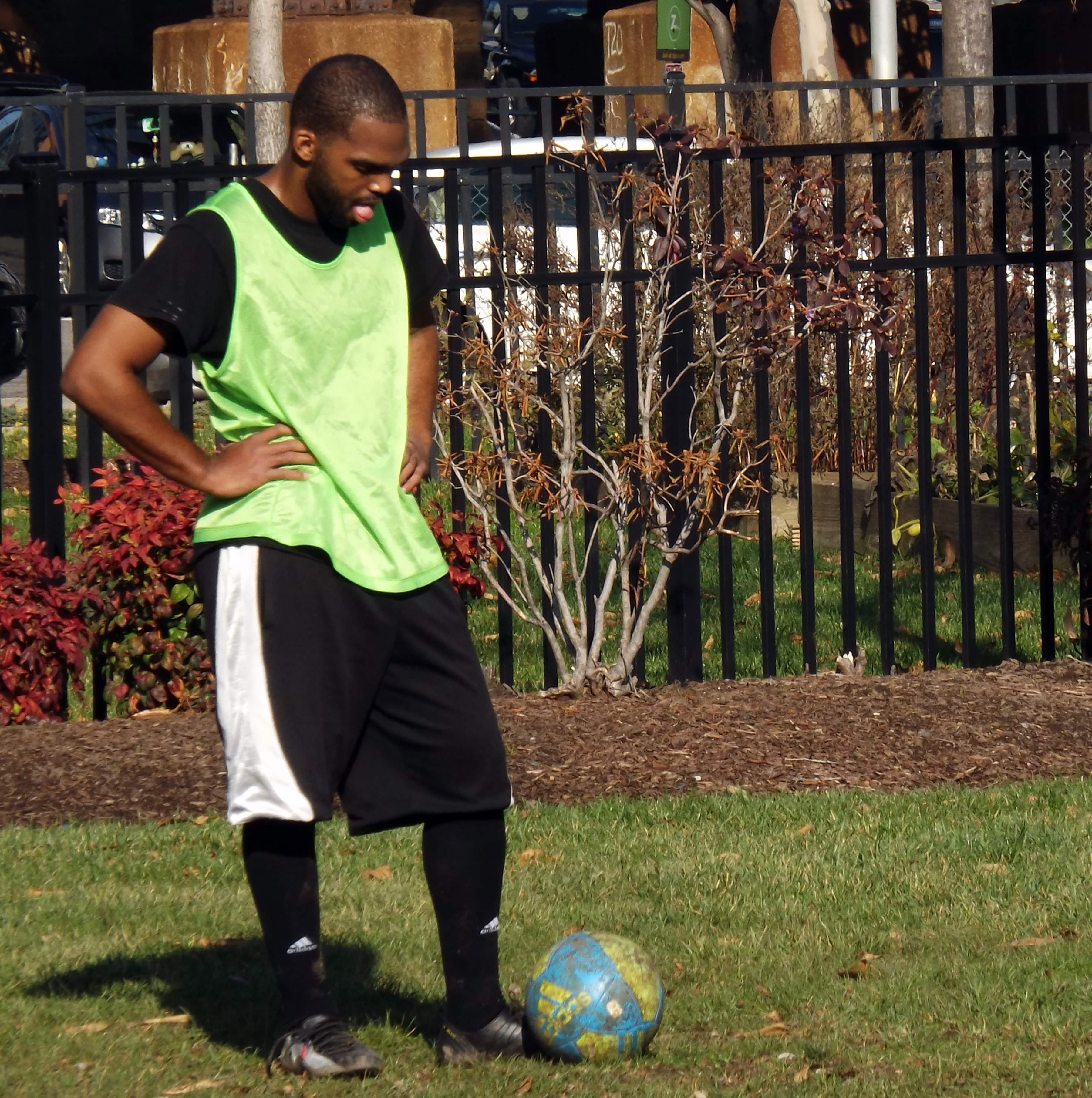 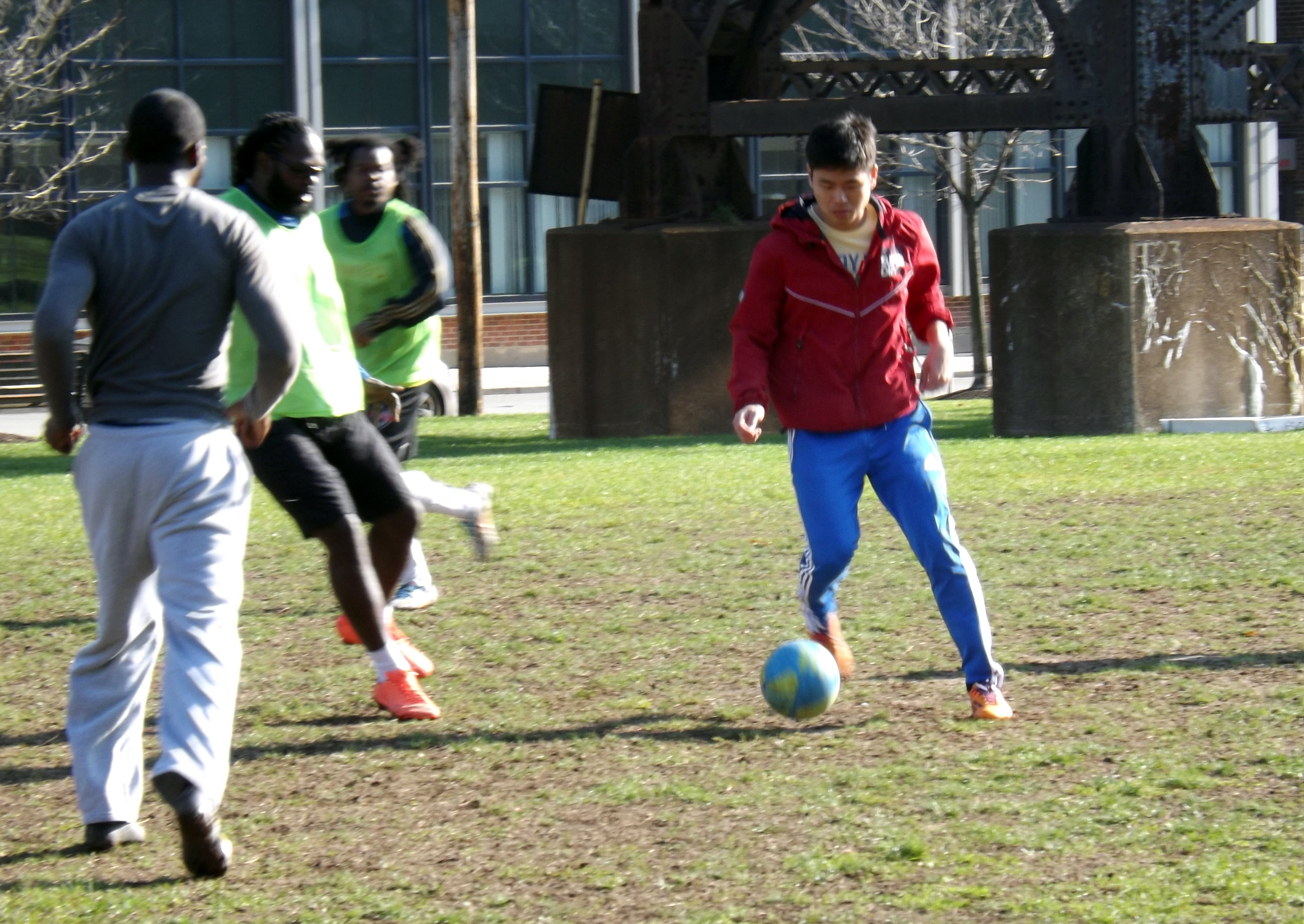 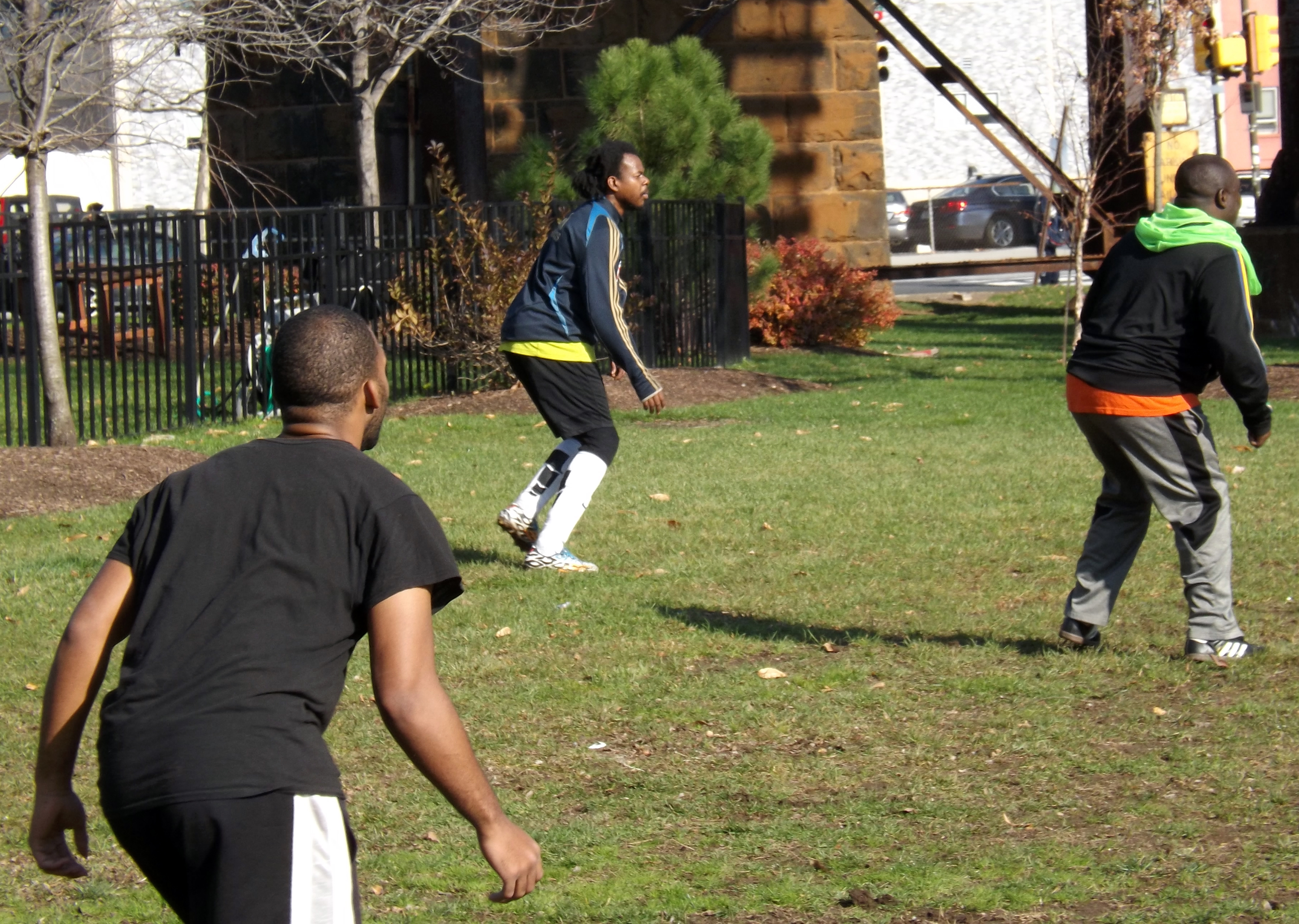 One of those sites is Kensington, which ranks third in the city in violent crimes with 1.36 per 30 days and 2.96 for property crimes, according to the Philadelphia Inquirer’s crime rates. There are also 164 homeless people in Kensington as of February.

“Kensington has some pretty significant challenges,” said O’Donnell. “One of the goals is to build opportunities for the kids in the area. Carter and Lawrence and their colleagues are advancing this nationally and I think are heading internationally. It is a way to engage youth and adults in the neighborhoods through the game of soccer to ensure their helping them improve their lives and grow opportunities and lead them to other services as needed.”

Back on My Feet

Elyse Venturella stepped out of her South Philadelphia apartment sometime before 5 a.m. in 2012 to do something she had never done before.

The 25-year-old Tempe University alumna was new to the neighborhood and volunteered for Back on My Feet (BOMF), a nonprofit organization that empowers homeless men through running.

“I was looking for a running group and I was sort of new to the city,” Venturella said. “I was new to the neighborhood that I was residing in and I wanted a group of people to run with. One of my friends from college was with Back on My Feet, and she encouraged me to join.”

After running with the guys from a shelter called Ready, Willing and Able, along with other members of BOMF, Venturella’s only memory of fear that day, was that she wouldn’t wake up on time.

“I absolutely loved it and I still love it even now as an employee,” said Venturella, who now works as an event coordinator for BOMF. “It is a very welcoming environment and one of the huge benefits of running at 5:30 in the morning is that it’s so quiet in the city. It was just one of those moments of meeting up with a really awesome and friendly group of people. It was just doing something enjoyable with a little bit of silence after realizing how loud it can get during the day.” 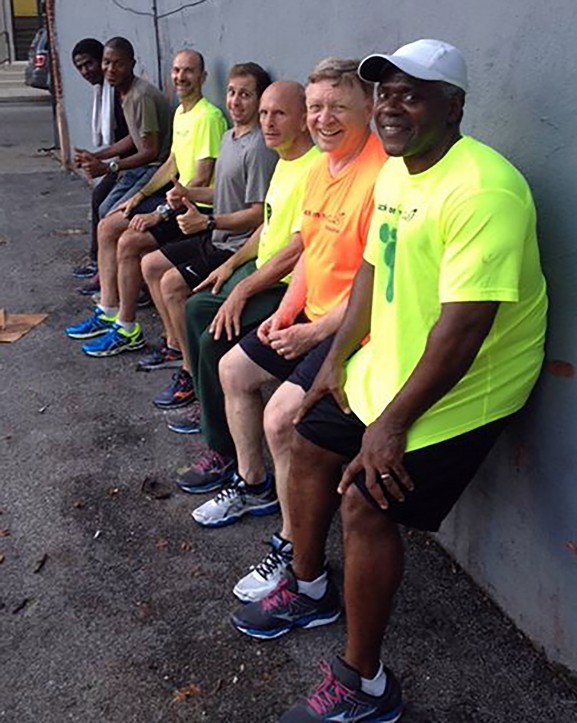 The organization was started in July of 2007 when 26-year-old Anne Mahlum was running past the Sunday Breakfast Rescue Mission. The St. Cloud State University graduate noticed the same guys sitting outside the shelter every day when she ran by training for a marathon.

On one of the days, she encouraged the guys to run with her and, after two weeks, she contacted the executive director of the shelter, Dick McMillen. She told McMillen about the runs she led the guys on the previous weeks and about her goal of starting the program. McMillen was surprised by the request but after discovering interest from some of the members, he agreed to go forward with the idea.

“That was unique and that was something I had never been approached about before,” McMillen said. “So that was a first, although there were other rescue missions in other parts of the country that had training programs for the men in their rehabilitation programs.”

The Save Haven has been serving Philadelphia for 137 years, and features an emergency shelter program and an overcomers program. The overcomers program encompasses group studies, Bible studies, GED studies, resume workshops and specialty training.

“It was really those guys that were interested in taking part of Back on My Feet,” McMillen added. “They were just that much more focused in trying to put their lives back together.”

Mahlum and McMillen spread it from there and it is now a national program with 11 locations spanning the U.S.

The national headquarters is in Philadelphia on Broad Street, and it is founded on the principles of accountability and people showing up every day.

“It’s the idea that running not only builds community, it also rebuilds your self-worth,” Marketing and Development manager Rebecca Little said. “It allows you to have a better image of yourself and a goal to work towards.”

The nonprofit is partnered with four different shelters that meet three days a week on Mondays, Wednesdays, and  Fridays at 5:30 a.m. The participants only run till 6:30 a.m., so the members can still meet their duties at the shelter.

The groups first meets up in a circle and say how much distance they plan to cover that day. People with the same aspirations are matched up, so as to make sure that nobody runs alone.

“If you volunteer with Back on My Feet, you are not coming out for exercise,” Little said. “You are coming out to build community with our members.”

One of the main motivations for members of the shelter is to get financial aid at the end of six months. The financial aid can be used for housing or paying the tickets the men might have received that prevented them from getting a job.

When members are with the group for three weeks, they receive a new pair of sneakers. The distance is never longer than four miles each day, but there are incentives for commitment. The runners can get a sweatshirt at the end of 300 miles and a plaque with their name engraved on it at the end of 500 miles.

One of the volunteers tracks the member’s miles through a spreadsheet, and awards them accordingly.

“The financial aid is usually something people can use to join Back on My Feet,” Little added. “But ultimately it is something that is an added bonus. Once our members have been running with us for a month or two, they start to realize the perks of having a community that keeps you accountable and building relationships.”

– Text, images and video by Sam Botwinick and Steve Godwin. Bottom image provided by Back on My Feet.

https://vimeo.com/62903378] Steps away from the Allen Lane train station lies the 100 block of West Mount Airy Avenue. From a distance, it looks like the typical residential street, with similar houses, front yards and holiday [continue reading…]

When Rock to the Future was started seven years ago, it had one clear goal in mind. The Kensington-based non-profit wanted to provide Philly youth an opportunity to learn instruments with after-school programs and summer camps, but [continue reading…]

Sweet Freedom Bakery has been satisfying people with food allergies since 2010. Located on South Street just west of Broad, Sweet Freedom claims to be Philadelphia’s first and only all-allergy-friendly bakery. All of Sweet Freedom’s [continue reading…]