Where does one go when all the popular and well-known parks in the city like Rittenhouse Square and Washington Square are too crowded? Head South. In the Queen Village, Bella Vista and Hawthorne area of South Philadelphia, there are a variety of great parks to choose from. Many people go to these parks to relax, walk around with their dogs, or play a game of baseball or football with their children. 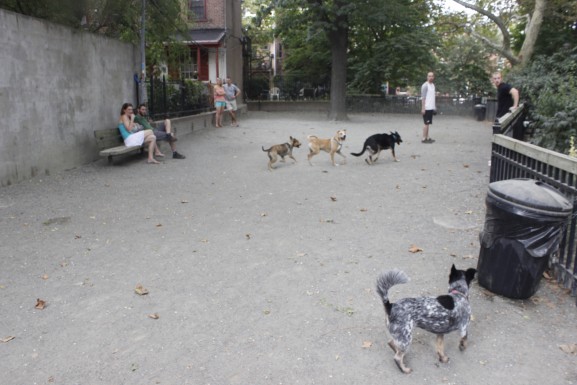 Mario Lanza Park in Queen Village is located on Queen Street between Second and Third streets, and it is named after Mario Lanza, the famous Academy Award-nominated singer and movie star from the 1940s and 1950s. To honor his memory, the Mario Lanza Institute opened the park in 1967, and half of the park is for dogs complete with a gated area, water bowls and water hoses connected to a faucet to fill them with. 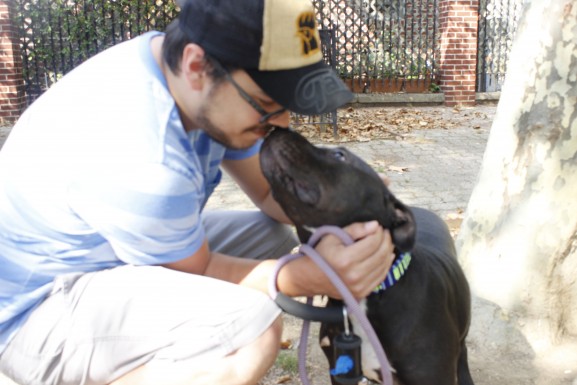 Palumbo Park in Bella Vista is located near the corner of Seventh and Catherine streets. The city of Philadelphia turned the property into a park and named it after philanthropist Frank Palumbo Sr., the owner of a very successful restaurant. Chris Frank (above), who lives near the park, said he and his dog, Bella, visit the park every day.

“I like it, but no grass for her. Interesting people. Good park,” he said. 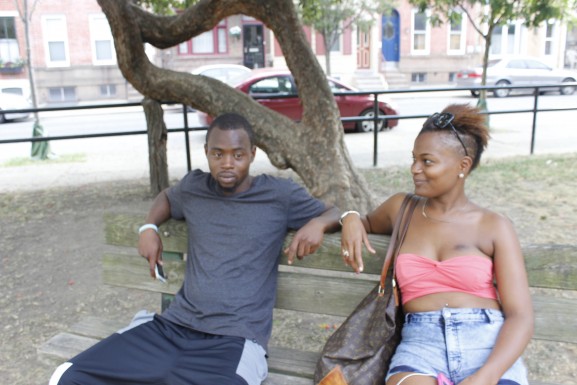 Cianfrani Park, at Eighth and Fitzwater streets in Bella Vista, is the site of a demolished school. By the 1990s, the park was run down and with help from neighbors, it became an attractive park again. Every summer movies are shown in the park and a Fall Festival takes place every year. For some people, it’s just for relaxation. Tiara Brown and Brandon Small (above), who were visiting from Delaware County, were in the neighborhood and decided to go to the park.

“We were walking on South Street and walked over here to sit down,” he said. 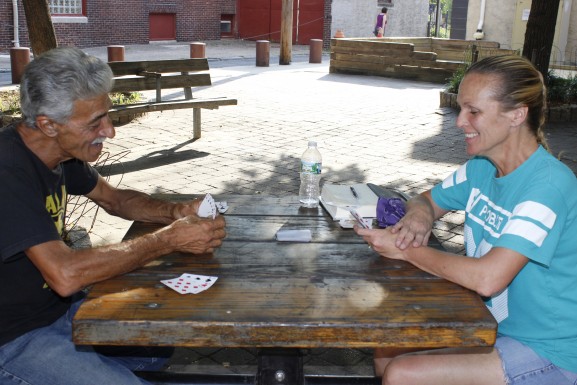 Bardascino Park, on 10th Street between Christian and Washington streets in Bella Vista, was once the location of a community hospital before it was torn down in 1968. Bardascino Park wasn’t always well kept. As a result, the Friends of Bardascino Park was formed to maintain the park and plan activities. Now, people like Deidra Hadlock and William Corbi (above), who have been together for 20 years, go to the park two to three times a week and sometimes play a game of cards.

“It is a nice park and comfortable,” he said. “Everybody is nice around here.” 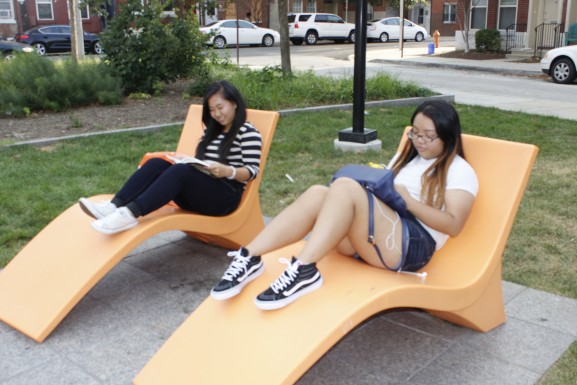 Hawthorne Park, which opened in 2012, is near the site of a former housing project located on the corner of 12th and Catherine streets. This eco friendly park was filled with 50 new trees, planting beds, special soil that retains rainwater and a very efficient irrigation system, according to the Hawthorne Empowerment Coalition. There are also lounge chairs and an amphitheater. Jenny Ni and her friend, Sandy Pham, have been friends since their freshman year.

“We usually walk to Center City and on the way back we stop at the park,” Pham said.

– Text and images by Felicia Topsale and Danielle Nelson

Business owners on South Fourth Street have been actively working with the Headhouse District on an ongoing streetscape project. Located between South and Catherine Streets, the area is well-known as Historic Fabric Row. It became a hot spot for Jewish [continue reading…]

Kensington: What Do You Want From The Next Mayor?

With the Philadelphia mayoral election coming up, each section of the city has its own concerns and expectations about which candidate will take on the title. Philadelphia’s diversity shines through in many cases; however, elections [continue reading…]