Anne Lynn and her husband Steven Feldman moved to S. Carlisle Street in 2008. Steven previously served as the Treasurer for the nonprofit civic organization Newbold Neighbors Association leading Anne to be loosely involved with NNA.

Anne was formally elected to the board as the community outreach chair this past February. She spends her days as a data analyst and her nights engaging the residents of her community. 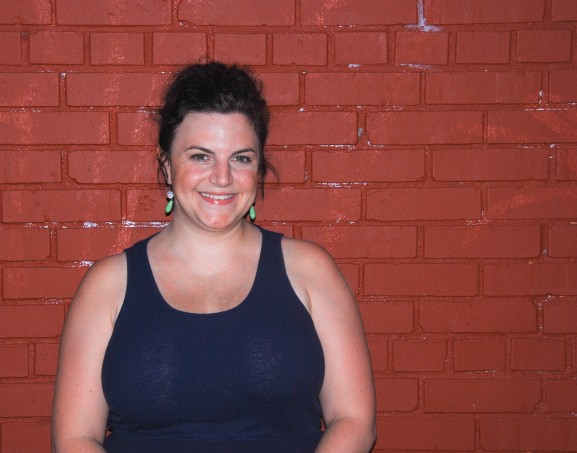 Why did you decide to formally join NNA’s board?

I resisted getting formally involved because there was and still is a lot of stigma around Newbold Neighbors that it’s a younger group, that it’s a whiter group. When I first went to a general meeting and saw this group of kids, I was concerned that it was not representative of the neighborhood.

The previous outreach chairs became friends of mine and convinced me to go to outreach meetings and I got to know a lot of great people. They both moved out of Philadelphia and one of them asked if I would be interested. It was on the tail end when Steven stepped down from the board and he said to go for it.

Can you tell us more about the stigma surrounding NNA?

This whole branding of a neighborhood sort of popped up and Newbold Neighbors as a civic group is a newer name. It’s a newer understanding of an area. Before that it was either Point Breeze or South Philly. So that this new civic group was popping up and it was led by younger homeowners who hadn’t been in the neighborhood that long, I think that there was a stigma around it in terms of what people understand to be gentrification.

That was part of the reason I was hesitant to get involved because I didn’t want to be pigeon-holed into being someone who was not thinking about other people in the neighborhood. 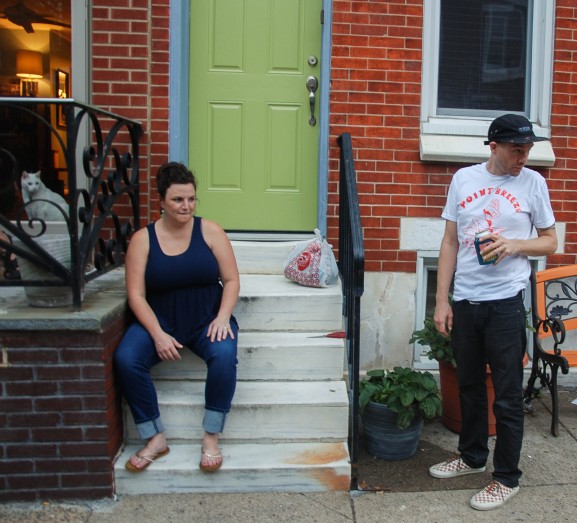 What are you responsibilities as outreach chair? 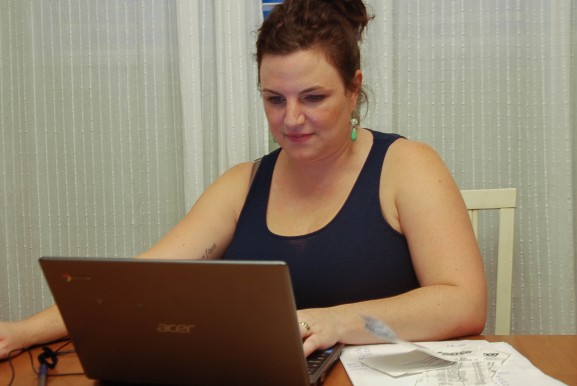 We have to have a general meeting every month. We have community report-outs, government report-outs, and then at the end of the meeting, we have new business. We usually have a guest speaker of some kind. South Philly Co-Op came to speak recently.

We always open the general meeting with everyone introducing themselves, what block they live on and the answer to some crazy question so people can get to know each other. The general meetings definitely are starting to grow. We used to get 10 to 12 and now we’re getting over 25 to 30. I think because our committees are pretty smart and effective about what they do. Each committee has their own internal meetings every month.

What would you say has been one of the more rewarding experiences on NNA’s board?

I would say organizing a postcard mailing was valuable because we have gotten feedback that we rely a lot on Facebook and email. We orchestrated an actual postal mailing of our postcard that had all of our information. So, to get a copy of household addresses, do an analysis and thin out all of the addresses that are clearly incorrect…there’s like 5,000 of them.

We worked with Programs Employing People, which is a program for disabled adults. They printed the labels, put the labels on the postcard and got them in the mail.

To know we reached a significant percentage of all of the houses in the civic area was a pretty good direction for NNA to go in.

What are you most excited about for the future of the neighborhood, Outreach committee, and NNA?

As a civic association, our job is to hear all of those things and try to be balanced and be available for everyone that lives in our service area.

– Text and images by Jenna Meissner and Julianne Spanglier

Newbold: Six Service Workers You Should Know (If You Don’t Already)

It’s true that amenities transform neighborhoods, but it’s equally true that those hubs are only as good as the people who make them tick. Whether it’s that much-needed smile as you’re handed your morning coffee, [continue reading…]

Turning trash into treasure only happens on HGTV, right? Wrong. Elisabeth Garson, a South Philadelphia copywriter, saw potential for the otherwise vast waste of land at the corner of Broad Street and Washington Ave. At [continue reading…]