Mark Squilla represents City Council’s 1st District, a diverse and growing area. The district he is responsible for includes Port Richmond, among other notable stretches of Philadelphia such as, the Delaware River, Chinatown, Center City, Northern Liberties, Fishtown and Kensington.

Elected in 2011, Squilla has spent many nights in the district, trying to best assess the pressing issues in these specific areas. Philadelphia Neighborhoods sat down with him to learn more about the neighborhood of Port Richmond.

Port Richmond is known for its large Polish and Irish immigrant populations. How do these two sects of descendants interact with one another in the community?

It is known as mainly Polish immigration in the area, with a lot of Irish descendants. There’s also an Italian section and now some more African-Americans who weren’t in the community before.

But mainly the food was Polish, so everyone would cross over and go to where the Polish food was. As time goes by, you sort of see more diversification, where a lot of the neighborhoods that were mainly all Polish have different type of ethnicities and races in the area. 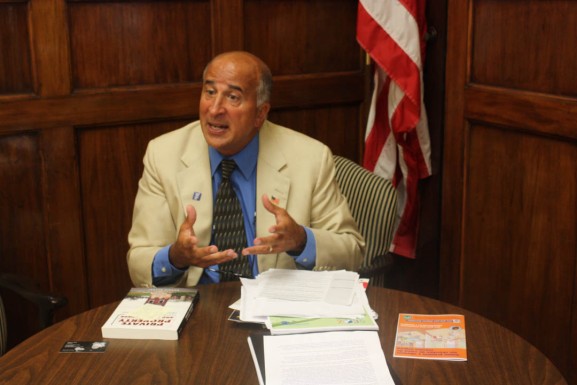 What are some of the biggest problems currently within the community?

Being a community in the River Wards, what connection does the community have with the waterfront?

The Port Richmond area doesn’t have as much access as some of the other neighborhoods. We’re working on a master plan for the Central Delaware River that would work on connector streets, which would keep connector streets and build connector streets so the community can access the river. We believe if you activate the river, people will go there. 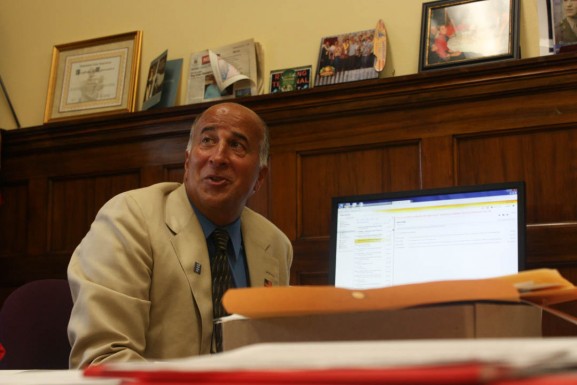 Due to the demographic in the area getting progressively younger, is there an expectation that the community may need to build more schools in the near future?

More people are going to schools but schools aren’t full. In fact, schools are closing. We had a public school recently close (Charles Caroll High School) and schools that have low population.

It’s mainly two reasons. The first reason was people weren’t going to schools that were perceived to be not very good schools. The second was the people who lived in the communities aren’t going to their local schools. That mindset we’re working on changing.

What are some of the most important things people should know about the Port Richmond community?

They are very hard working people, mostly blue collar. They also tell it like it is. They don’t pull any punches. They also are very passionate about their families. They’re very passionate about their playgrounds. They want to be able to have access to community opportunities and also jobs. It’s also very close to Center City, which makes it very appealing for young people, especially people who want to frequent Center City. 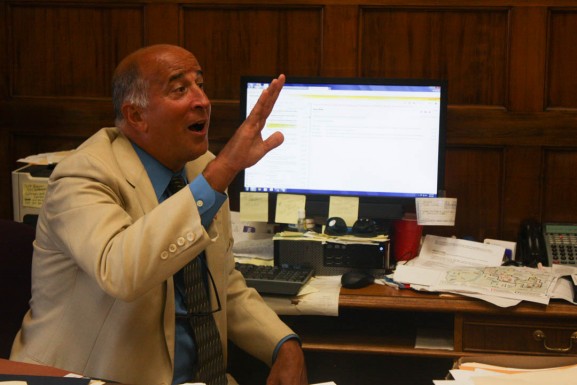 With all the activity going on within your district, what does a typical day of yours look like?

Everything from working with the new friends group of the local schools to dealing with recreational upgrades and changes. One thing this city isn’t good with is maintenance. My goal when I became councilperson was be able to maintain these facilities once we repair them. It’s a lot cheaper to maintain than it is to let it fall apart and then redo it. I believe the city’s interest in that is very much needed and necessary.

– Text and photos by Michael Zahn and Dylan Keith

Community organizations have evolved into some of the most powerful advocates for immigrants. Some groups focus solely on activism, while others perform multiple services to ease the fear of refugees who are in dire need of assistance. Here are [Read More]

Courtney Young’s life was turned upside-down when her son, Chase, was diagnosed with type one diabetes at the age of three. She and her family started raising money almost two years ago to fight diabetes [Read More]

Arms outstretched, Conrad Benner leaned out over the silver railing that separated the Schuylkill Banks Boardwalk from the water below. Adjusting the frame of his camera to fit the distant Philadelphia skyline, the 29-year-old held, [Read More]