Philadelphia has had a big year. It’s welcomed the pope, honored the Dalai Lama and was named a World Heritage site by UNESCO.

But behind the scenes is a building crisis: its schools are failing.

Since 2011, the School District of Philadelphia has been operating with inadequate financial support, constrained by lingering budgetary stalemates in the state legislature. As of 2014, 24 schools have closed and 283 school counselors, 1,202 classroom aids and 769 supportive services assistants have been fired or laid off.

As conditions worsen, schools are asking what could possibly come next.

As the eighth-largest district in the nation, the School District of Philadelphia costs roughly $3 billion annually to run. Traditionally funded by property taxes, the district felt itself begin to bottom out at the start of the 2008 housing crisis and Great Recession.

In 2009, President Obama as a part of the American Recovery and Reinvestment Act authorized stimulus money for suffering districts like Philadelphia to improve performance on standardized tests.

The result? One billion dollars in government funds arrived in city schools.

Funded by federal dollars, an influx of teachers, paraprofessionals, counselors and enrichment and remedial programs flooded the school system. This money, unlike the resources, was not designed to last. By 2014, the district discovered that it had been living beyond its means.

To recoup the sudden losses, the state Legislature approved a $2-per-pack cigarette tax in October 2014. The city’s smokers now purchased cigarettes at an increased price to help fund schools. The tariff only generated $91 million in funds. Though these funds are renewable, they barely put a dent in the district’s substantial deficit.

Gone but Not Forgotten

When financial problems threatened to delay the first day of school in 2014, the first round of budget cuts began.

Lucy Russo, an art teacher at Julia R. Masterman Middle School in Spring Garden, states the schools no longer have an arts budget and that she and several of her colleagues have resorted to paying out of pocket for supplies. Her seniors, for whom arts could be a career goal, are “heartbroken,” she said, to see the reduction in the arts program.

For Dorina Morrow, advanced vocal music director at the Philadelphia High School for the Creative and Performing Arts (CAPA), whose school has educated The Roots, Jazmine Sullivan and Boyz II Men, the lack of funding for the arts at the elementary school level has put her students at a disadvantage upon coming to high school.

“They have a ton of potential,” Morrow said. “But they’re really starting at square one.” 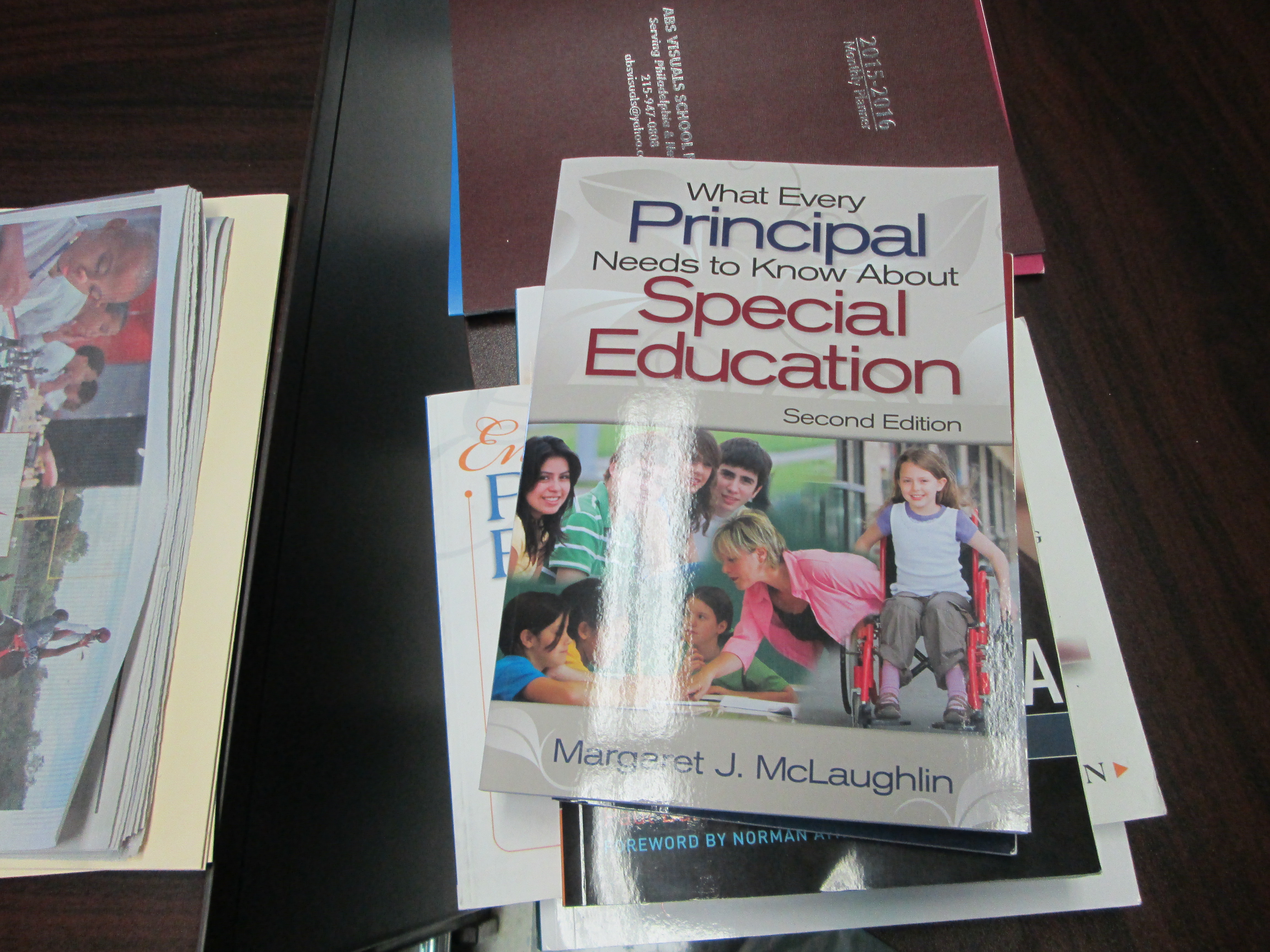 According to the Philadelphia School District, as of 2014, its costs $12,570 to educate one student. Students with disabilities and English Language Learners (ELL) students can cost almost twice that amount to educate; close to $25,000 for one student.

“[The budget cuts] make teachers’ jobs harder,” said Chris Parker, a paraprofessional at Mathis and Mastery Charter School. “In the beginning of the year, a special education teacher didn’t have a projector. But with or without the projector, she has to make sure that her class scores high [on standardized tests].”

To save money, talk among the School Reform Commission (SRC), a board of appointed officials who run the Philadelphia School District, and Superintendent William Hite Jr. suggested privatizing both school nurses and substitute teachers.

It outsourced substitute teachers to the tune of $34 million to private firm Source4Teachers. However, as of September the firm has only 300 credentialed subs while peak absence season in schools could create up to 1,000 absences daily.

“[The SRC] are the same people who have awarded tens of millions of dollars to Source4Teachers, which has failed to place substitutes in our schools,” Jerry Jordan, president of the Philadelphia Federation of Teachers, said in a statement. “Their distorted priorities help to explain why we cannot put teachers in classrooms and why education seems to be the least important priority.”

For school nurses, the district shied away from privatization; expressing concern over the quality of care students would receive. This decision has left 16 of the district’s 313 public, charter and parochial schools without a full-time nurse. Three schools don’t have any nurse assigned at all, officials report.

When asked about the decision to outsource substitute teachers and whether or not steps have been taken to provide more nurses, school district officials declined to comment.

The PFT, the union representing the district’s educators, filed a lawsuit against the SRC for breach of contract in August 2015 when it decided to require teachers to pay into their health insurance programs. The decision, the SRC said, would save the district $200 million. 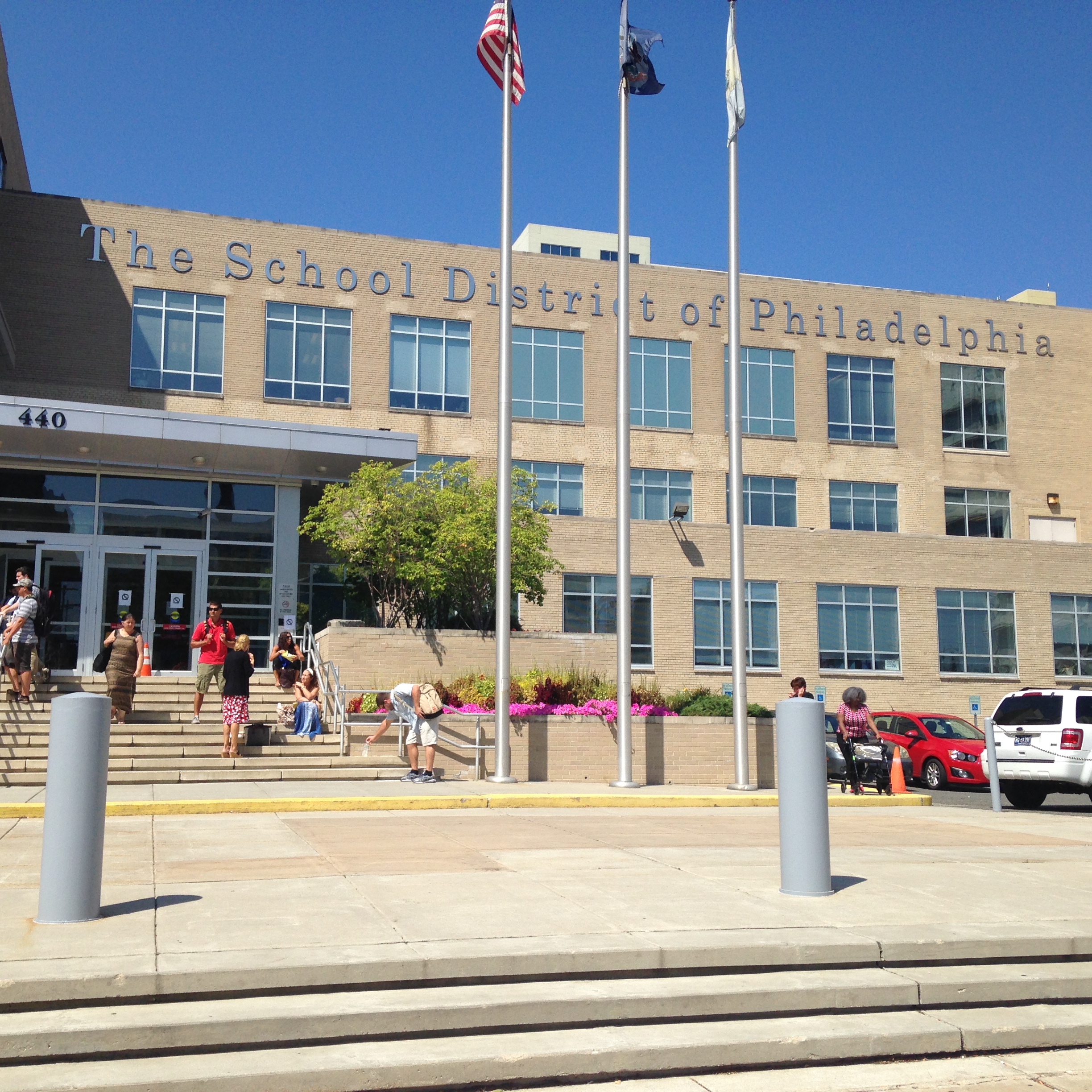 The PFT argued that the SRC doesn’t have that authority and Jordan has publicly called for the SRC to be dismantled, saying in a statement that public officials must band together to “abolish this abomination and return control of Philadelphia schools to Philadelphians.”

The state Supreme Court gave the district time to achieve its means another way, but as of December 2015, no resolution has been reached. Teachers have been without a contract since August 2013.

As of November 2015, the SRC will review 39 new charter school applications. The cash-strapped district currently has 89 charter schools.

In Harrisburg, Gov. Tom Wolf remains elusive about the budget impasse. It’s rumored that the final budget could include an increase in sales tax to fund schools, though Republicans have rejected the fragile framework of this deal.  As of December 2015, the budget is over 150 days past due.

Wolf urged the Legislature to put aside partisan differences for the sake of Philadelphia’s school children.

“The most important thing we can do to lay a foundation for long-term economic growth … and prepare our children to compete in a 21st century economy is to make historic investments in education,” Wolf said in a statement. “I urge the Legislature to come together and pass the budget … to move the commonwealth forward.”

– Text, images and video by Lora Strum and Ashley Hart

When protesters upset over the closing of the M.H. Stanton Elementary School blocked the intersection of Broad Street and Lehigh Avenue they endured jeers and shouts from motorists inconvenienced by the demonstration. Police had blocked […]

It is 4:20 p.m. and the security line at the school district’s Education Center was beginning to grumble with agitation. A mother clutched a poster-board using it as a fan as she stood in line […]

The students at L.P. Hill Elementary School already have their sights set on the end of the first half of the school year, most commonly known to them as holiday break. “They get anxious knowing […]