Six months after he moved into South Philadelphia, Carter Liotta (below) began looking for a local civic association. He was disappointed when he couldn’t find an organization that covered his neighborhood.

So, Liotta, a native of West Virginia, and three of his neighbors decided to create a civic association in 2007. One of the difficulties was determining what to call the area — which runs from Snyder Avenue to the north to Oregon Avenue to the south and from Broad Street  to 7th Street — because it never really had a name. It was just South Philly. 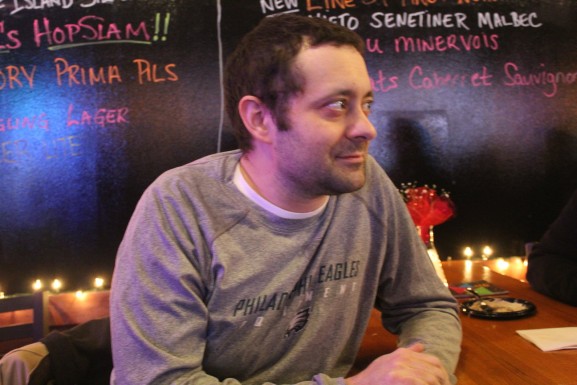 At one gathering early on in the process, Liotta pitched a name: Lower Moyamensing, or LoMo for short. It was catchy, but there was a challenge.

“How do you move in and change the name of the neighborhood?” Liotta said.

However, he had an advantage.

“I may be new to the neighborhood, but I’m also Italian,” he joked.

Lower Moyamensing Civic Association, which celebrated its ninth birthday at SouthHouse bar and restaurant on Feb. 25, is one of hundreds of registered community organizations in Philadelphia. These groups clean up blocks, hold meetings and discuss problems, but their main power is that they have input on proposed zoning changes within their boundaries.

The proposal is meant to cut down on problem businesses that get cited three or more times in 60 days or seven or more times in a year for offenses such as public urination, drug activity and gambling.

“Just like shoveling your walk after a snowstorm, otherwise you get fined, this bill is about being a good neighbor and community member,” Bass’ office said in a written document.

Todd Schwartz, current president of the Lower Moyamensing Civic Association, declined to comment on the bill, which has been sent to committee, saying he needed to learn more about it. Schwartz (below) said the biggest complaints he gets are trash blowing through the streets and a lack of parking. 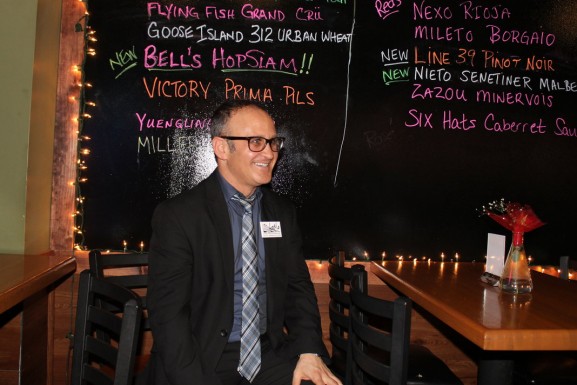 The major duties of the association include reviewing applications for zoning variances, running block cleanups and meeting with residents when developers want to renovate a property.

“In our neighborhood, our primary variance or issue is usually converting from a one-family home to a multi-family home,” Schwartz said.

Big projects aren’t common on the rowhouse-lined streets of Lower Moyamensing. However, an issue arose when a large paintbrush factory at 12th and Jackson streets closed in 2005. The property was abandoned and seen as a pockmark on the neighborhood.

A developer became interested in the property, perhaps drawn by the fact that young people are flocking to South Philadelphia because of its proximity to Center City. It was a long process before anything could move forward, though.

“The first step is to have a plan — a very concrete plan,” Schwartz said. “And then, they would officially apply for a variance. This doesn’t happen instantaneously.”

About 100 people showed up to a few meetings focused on the redevelopment of the old factory. After getting the approval of the community, the developer is getting ready to break ground on a new apartment complex.

Many of the members of the Lower Moyamensing Civic Association are not lifelong residents of South Philadelphia. In fact, some, like Liotta, grew up outside Pennsylvania.

Take Jenny DeHuff. She grew up in New England before buying her first home with her husband. DeHuff (below) looked at about 40 homes in South Philadelphia before finally buying a place in Lower Moyamensing. Now, she’s on the board of the civic association. 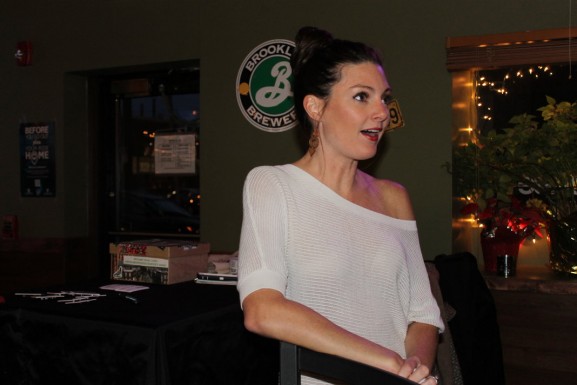 “I just wanted to get involved in the association because I wanted to see what my other neighbors were like and I genuinely care about the neighborhood,” DeHuff said.

Anthony Fasano moved from Chicago to Lower Moyamensing in 2007 after attending college in Philadelphia. He’s now vice president of the civic association partly because he’s invested in the neighborhood and wants to keep it stable.

“Look at some of the depressed neighborhoods,” Fasano said. “Nobody was there to stand up for them.”

Fasano, DeHuff and Liotta are examples of transplants who have gotten involved in their civic associations.

When Liotta was establishing the Lower Moyamensing Civic Association, he asked Joseph F. Marino for advice. Marino (below) was one of the founders of East Passyunk Crossing, a neighboring civic association.

Liotta needed to establish ties with residents, as well as city and state representatives. Marino said that civic associations act “in the same way as guardians” for the neighborhoods they serve. In contrast to Liotta, Marino is a lifelong South Philadelphian. He has seen Lower Moyamensing come a long way. 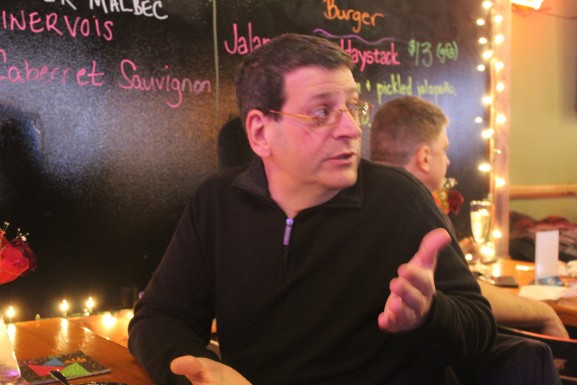 “The fact that a gastropub like this, this [SouthHouse] could thrive in a neighborhood like this — a blue collar, Italian-American area,” Marino said as evidence.

Liotta formed the organization for reasons other than craft beer bars, though it may be an unintended benefit. He said the Lower Moyamensing Civic Association has been able to act as a voice for the neighborhood and communicate with powerful politicians.

“The biggest difference we made is getting on the radar,” Liotta said.

–Video, text and photos by Jack Tomczuk and Christian Matozzo.

Residents of the 7000 block of Cresheim Road held a rally Saturday morning, Oct. 13, to protest the proposed construction of an apartment building on their block. Speakers, including representatives from West Mt. Airy Neighbors [Read More]

Logan residents feel they have been kept in the shadows for decades by their council people, but City Councilwoman Cindy Bass is finally giving them a voice. “We’ve been promised that our issues are going to [Read More]