Working in a professional kitchen is a career path that can be unforgiving. Enrolling in culinary school and finding a good job in the industry is anything but straightforward. Throw a newborn child into the mix and that makes things even more challenging.

Georgeann Leaming knows this from personal experience. She entered culinary school at age 23 and gave birth to her daughter before she graduated.

“She was born into this business, and it’s not an easy business to be born into,” Leaming said. 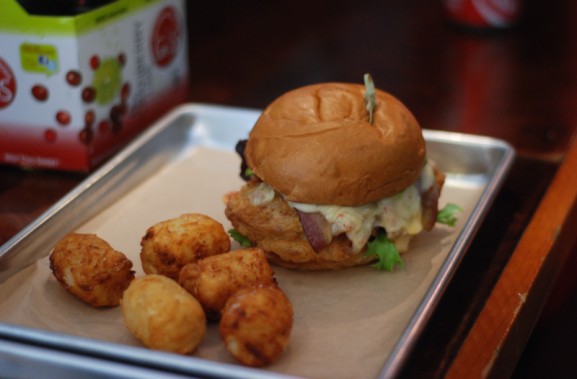 The young mother, now a Food Network “Chopped” champion and co-owner of two promising Philadelphia eateries, hit the ground running and immediately learned the many facets of a chef’s duties.

Beginning her work at the now-defunct Showboat Casino in Atlantic City, Leaming had her hand in all of the “corporate cooking” opportunities — front house and back house work, room service, banquets — and was in command no matter the situation.

“It was my first day running the buffet and pretty much everyone had left, so Georgeann was the interim [head] chef,” her boyfriend Angelo Polito said. “We were mauled, too many people, and I had no clue what was going on. She jumped in and saved us, and we kind of hit it off from there.” 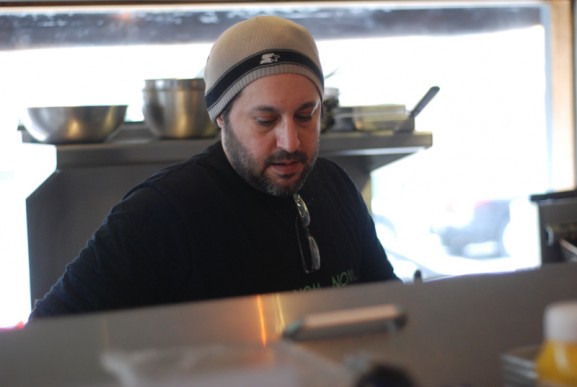 The pair experienced several ups and downs with the culinary world after their first encounter. When they decided they didn’t want to work for anyone anymore, Leaming and Polito joined together and in October 2013 opened Suppa in Northern Liberties.

The new restaurant venture coincided with Leaming’s championship appearance on “Chopped,” something Leaming had to keep quiet for longer than she would have liked.

“The problem with television shows is that it takes six months for them to air,” she said. “We wanted to be able to say that [I won] but with all of the confidentiality agreements, all we could really tell people was that I was on it.” 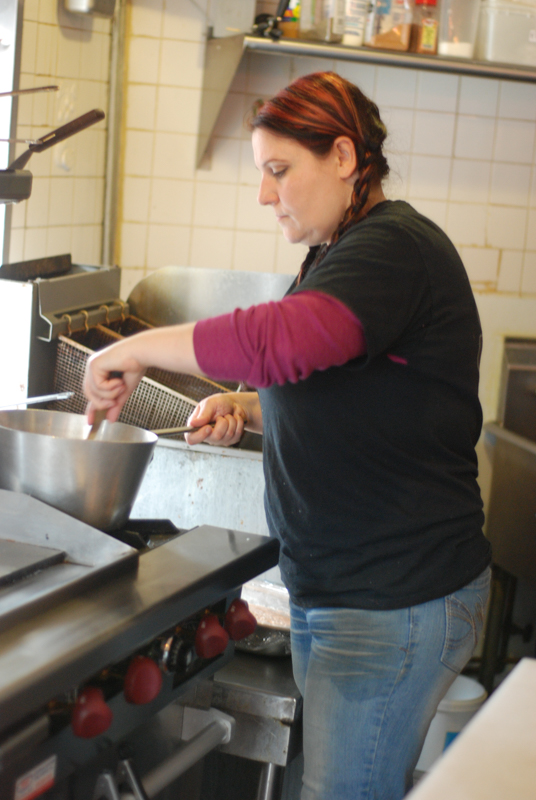 After her victory, Leaming was invited as a guest on “Good Day Philadelphia” and was a feature story for numerous local news outlets. The $10,000 she won in the contest went toward the newly opened Suppa to keep it moving in the right direction, but that wasn’t her biggest prize.

Leaming’s daughter Kirsten, now 18, is an impressionable young woman, according to her mother. In a man’s world of cooking, it’s difficult to make it big as a woman and shine above the rest.

Leaming set out with a mission to prove the naysayers wrong and to show her daughter that determination is what wins above all else.

“People made fun of me when I tried out for shows, but if it’s something you really want to do, you just do it and don’t listen to anyone else,” Leaming said. “I wanted to let her know that whatever you do in life, just try your hardest and go for it.”

Kirsten, who prior to her mother’s win was adamant about entering into another profession, will be attending culinary school in the fall. She hopes to become a pastry chef and has already impressed her mother with her creations for Leaming’s restaurants.

“I told her she should go on ‘Chopped Junior’ but she won’t do it,” Leaming said with a laugh.

Everything seems to be going the right way for Leaming, who recently opened up a new sandwich shop with boyfriend Angelo in Bella Vista on Sixth Street.

Samwich, a name which originated from the name of Suppa’s sandwich menu, offers an array of comfort food and, of course, sandwiches. The couple has big plans for the future to coincide with their already rapidly growing small businesses. 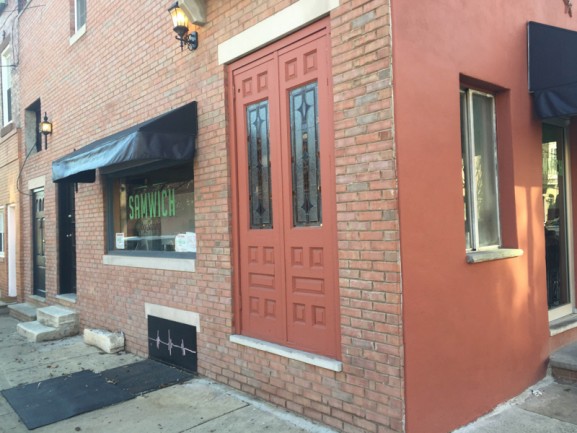 “That would be the ultimate goal, to have sandwich shops all over the place,” Polito said. “Right now we’re focusing on the two restaurants and getting them to a point where we’re happy with, but we want to make a mold and move them around to a couple different spots.”

When talking with Leaming, you don’t feel like you’re speaking with a chef who is an ace in the kitchen. She is humble and down-to-earth, a characteristic that doesn’t match the cutthroat nature of a “Chopped” champion and stereotypical chef.

Leaming plays the game but does it her way, and in the process she’s laid a foundation of success for years to come.

“We operate very well together,” Polito said. “Communication is key, and there’s nothing we can’t talk about on our drives home.”

— Text, video, and images by  James Orlay and Taylor Farnsworth.

These days, it’s hard to get much out of a dollar, especially in an urban area such as Philadelphia. Then again, a dollar can still cover a good bargain on certain occasions. During the Baltimore Avenue [continue reading…]

Where does one go when all the popular and well-known parks in the city like Rittenhouse Square and Washington Square are too crowded? Head South. In the Queen Village, Bella Vista and Hawthorne area of South [continue reading…]