Jerry Bolzak, a Philadelphia native and executive director of the nonprofit Northeast Victim Service, has been helping victims of crime in Mayfair for the past 15 years. The organization, which originally launched in 1992 following the Victims of Crime Act of 1984, provides financial assistance with medical expenses, funeral costs and counseling services for victims and witnesses in Northeast Philadelphia.

The Mayfair agency has become an important resource in the neighborhood under Bolzak’s direction. While the organization has dealt with various changes within the past decade, Bolzak faces many new challenges as director, ranging from the Pennsylvania budget impasse to the rise of social media, and hopes to spread the word about the service to further advocate for those affected by crime.

How do you find the victims and witnesses of crime?

Northeast Philadelphia comprises about 20 percent of the city’s population — that’s bigger than the city of Pittsburgh — and about 20 percent of the crime [in Philadelphia] happens here in the Northeast. So we collaborate with the four police districts up here in the Northeast, we review the police reports every week, we identify victims in the police reports who would be eligible for our services and we reach out to them with outreach letters. We also have a person who is the courtroom, and she’s there so that when someone comes in who’s a victim we can make a face-to-face contact.

How many victims or witnesses do you typically assist in a year?

Generally, we reach out to about 3,000 victims a year in the Northeast and we will assist about 1,500 of them in the court process. We will provide a full range of services — we’re talking counseling, lost earnings, medical bills, for somewhere about 300 people a year. About one in every 10 people we reach out to actually take our services, which is not very impressive, except that the state average is about 5 percent. 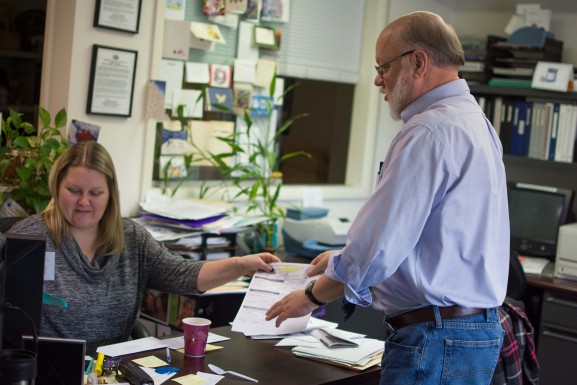 What’s your role in all of this?

I am the director, so really what I do is I manage the programs and the finances. It’s a small agency, so I’ve got two victim advocates. Think of them kind of like social workers, and I have one court advocate who has paralegal skills. If you’re the victim, your expectations are what you’ve seen on “Law and Order” or “Judge Judy,” but it’s not like that at all. Our court advocate is there to connect you with the right assistant DA to make sure the translator is there on-site, to arrange transportation, she’s there to do all of that.

How has the process of helping victims or witnesses changed since the organization was founded?

Very often nowadays, because this generation is very tied into social media, people start crowd sourcing when something bad happens. If a little old lady is shot in the face, we can provide a host of services, but within 24 hours there will be a website where people can contribute money to her. That’s all well and good, but it bumps our official services aside. And our services are long-term; if someone is a surviving family member of a homicide victim, we’re still in touch with them years later. Crowd sourcing, on the other hand, is more of a flash in the pan.

In addition to addressing the rise of social media, what are some of your goals for the organization in the future?

Public awareness is the biggest challenge, but funding becomes a challenge every now and again. When we were at the impasse of the state budget, that meant we had no money coming from the state for five months. 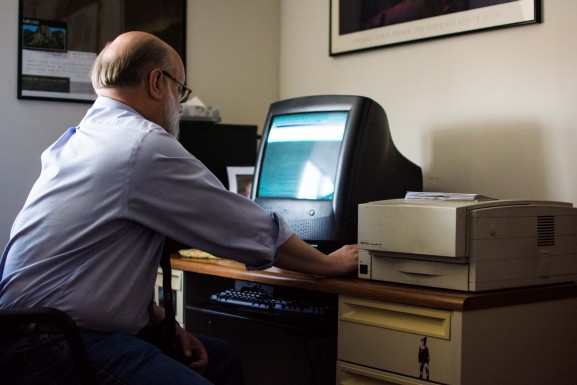 How much of your budget comes from state funding?

Prisoner rehabilitation and offenders’ rights are hot-button political concerns at the moment. Does that affect the work being done by the Northeast Victim Service?

There is a lot of interest in prisoner rehabilitation and prisoner re-entry programs right now. That’s tough for victims sometimes, because the victim has not had closure. Imagine if you, yourself, or if you’ve had a family member who has been severely injured — shot, handicapped, wheelchair-bound. Imagine a year or two later that the offender is back on the street. That’s tough in a city of neighborhoods, because the offender is just down the block. You’re in a wheelchair, and the offender has come back and gained all kinds of benefits. There’s an equity issue there.

Society has focused, with good reason, on re-rentry programs and making it easier for folks to be rehabilitated. However, the victim being remembered is important. Victims perceive that their suffering is more easily forgotten, and it’s tough for them to feel for the offenders who are now getting a lot of attention in the news and the media.

– Text and images by Roseanne Tabachnik and Aaron Windhorst.