Deep in the basement of a four-story gothic-style building on 13th and Federal streets is the echo of small children beating against drums and strumming steel guitar strings.

It’s an unlikely sound to come down its halls considering the building houses Andrew Jackson School, a K-8 public school with a budget that doesn’t even allow for a full-time nurse, let alone music classes or funding for the school rock band, Home.

“It’s incredibly rewarding and it’s a thing I think is very important to the community and the school so I don’t do it often, but I have debated about giving it up because of that state budget issue,” he said. 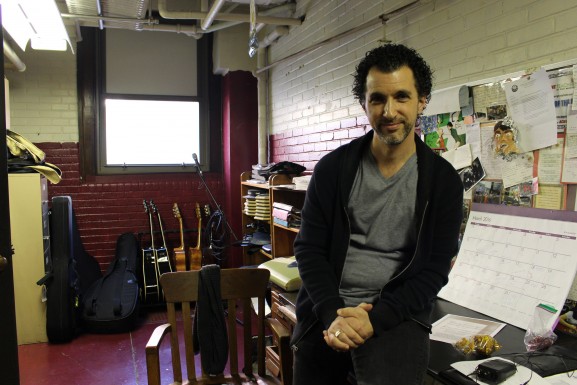 Argerakis is talking about former Gov. Tom Corbett’s $1 billion education cuts in 2011 which hit public schools, like Andrew Jackson, hard by forcing them to eliminate countless resources and positions.

Years later, the problem remains. In February, Gov. Tom Wolf announced his plan for a 2017 budget, as he’s required by law, though the state legislature hasn’t come to an agreement for a budget for the current fiscal year.

It’s the current impasse that forces Argerakis to go on donation websites like DonorsChoose to raise about $30,000 to keep the program running. That, and a lot of sacrificed lunch breaks too.

Principal Lisa Kaplan said the only reason why the school has an arts program, a newly renovated gym, green roof and new playground is because of hard work her and her staff put into getting grants and donations — like from the Burger Brawl and Olitsky Foundation.

“I’m extremely, extremely upset and frustrated in the current situation and disappointed in folks that are supposed to be doing the right thing for the common good,” Kaplan said. 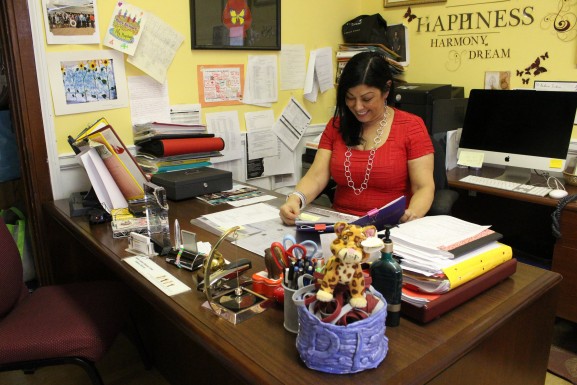 Paul Engelkeimer, spokesman for the Pennsylvania GOP, said that Wolf is holding students “hostage” by not coming to a compromise.

“Instead of touring the state pushing for higher taxes at the expense of our students, he should be working with the legislature in Harrisburg to help lead our commonwealth,” Engelkeimer said.

Jeff Sheridan, a spokesman for Wolf’s office, agreed that Andrew Jackson’s situation is a direct result of the a lack of budget but rejected Engelkeimer’s claims.

“The governor inherited a horrible situation for schools in Philadelphia and since they won, he’s fighting to make historic changes,” Sheridan said.

Kaplan said that even if a budget were passed today, the school would only be at the same level as they were financially in 2011.

“We have a lot of people that care about Jackson, we need Harrisburg to start caring about these kids too,” she said.

With medical marijuana now legal in Pennsylvania, Philadelphia business leaders and entrepreneurs are looking to get involved in the cannabis industry. Many who are new to the industry may seek the assistance of business accelerators, [Read More]

The Philadelphia Veterans House, located on Baltimore Avenue, has been a place of refuge for those who served in the military since it opened in 1994. The temporary housing gives those who fought for the country [Read More]