On Election Day, femme. collective will cast a vote for president that is sprinkled with lady power.

Femme. collective is a Fishtown-based, all-female group of dancers and artists who support feminism. The core group, of less than a dozen women, holds frequent meetings to talk about their productions in collective founder Loren McFalls’ home. This has provided a safe space for the collective to talk about issues they experience as women.

According to the members, there’s a lot at stake for females in the 2016 election. The members have created an environment, in person and through social media, that facilitates the conversation of the importance of women’s rights.

About a year ago, McFalls fell asleep in Liberty Lands Park and had a dream about choreographing a dance to a Lucy Stone song. When McFalls woke up, she texted friend Candace Eaton asking her if she’d help her produce a show. Eaton agreed, and the two started to talk to more friends and dancers they knew at dance studio 954 Dance Movement Collective, where McFalls teaches ballet.

After rounding up about 30 women to talk about the dance, McFalls’ dream turned into a reality as the women planned a 10-piece production that ended up focusing on feminist theory. 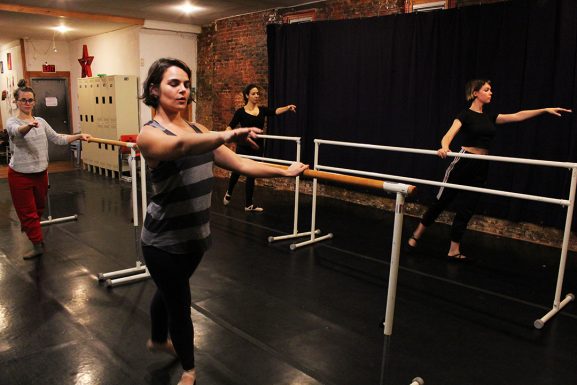 “[Focusing the dance on feminism] was an accident,” McFalls said. “Every single piece had to do with being a female.”

McFalls and Eaton believed gathering the women in one room was so powerful that they decided to make the group official and called it femme.collective.  Femme. collective’s first show sold out both nights in February at the Performance Garage.

Since becoming official, femme. collective has danced at the city’s Fringe Festival and presented a show of female fronted bands at Bourbon & Branch on Oct. 8.

Off stage, as Election Day draws near, the collective has been talking just as much about politics as they are about dance. Much of this talk occurs on the collective’s Facebook page where they share presidential election related posts and start political discussions in relation to women’s rights. 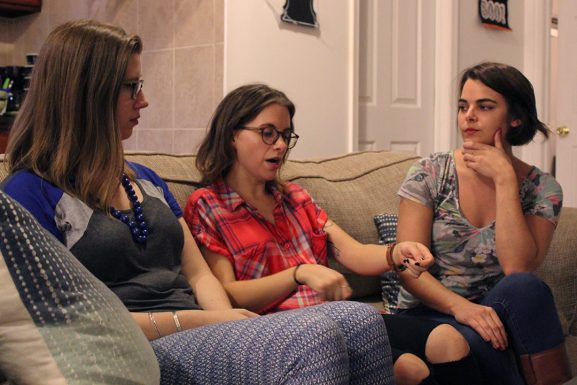 Femme. collective has shared many posts concerning Donald Trump’s comments about women. These remarks have threatened women’s rights, according to the collective. McFalls points out that there’s no problem with talking about the opposite gender, but it’s not OK when the discussion references violence toward women.

“The comment about locker room talk hit me pretty hard,” McFalls said of reaction to the now infamous “Access Hollywood” tape in which Trump is heard making comments about women. “Men do talk about us, but they shouldn’t talk about us in a sexual assault way.”

Femme. collective shared a video on Facebook that focused on Trump’s comments calling sexual harassment a “distraction.”  Member Caitlin Peck is troubled by her concern that if Trump is elected, his discourse could resonate with Americans.

“[If Trump wins the presidency,] a scary factor for me is that violence towards women will be talked down or seen as less of an issue,” Peck said. “Not that I think more people will do it, but people will take it less seriously.” 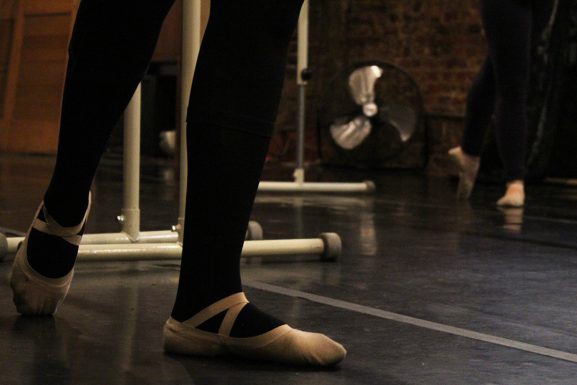 Eaton finds how unapologetic Trump has been about the comments he makes, the most upsetting. She believes it is representative of how the majority of the populous views women, which is frustrating to Eaton because it’s not something that can be changed in Congress.

“The kind of rhetoric and the environment how we interact with each other in this country is a huge thing at stake,” Eaton said. “It’s a bigger conversation that needs to happen, and if Hillary (Clinton) wins the election, conversations can happen.”

All of the women have full-time jobs outside of femme.collective. In 2015, women with full-time careers made 80 cents for every dollar a man earned, according to the Institute for Women’s Policy Research. The collective wants a president who is committed to closing that gender-wage gap.

“Equal pay is huge,” Eaton said. “This was an issue 20 years ago, and it was so close to getting passed. I think it will pass if Hillary gets elected.”

Femme. collective uses social media as a tool to spread women’s rights, however in some cases, it has worked against the group’s beliefs. Both men and women in support of Trump began tweeting to repeal the U.S. Constitution’s 19th Amendment, which gave women the right to vote, after a U.S. map circulated that showed a Trump win if women did not vote. #RepealThe19th became a trending topic on Twitter on Oct. 12.

While getting the 19th repealed isn’t an issue held directly by Trump, the collective believes his platform is being used to represent cultural discrimination against women.

“You’re basically giving big middle finger to all of the women activists who given us the 19th Amendment,” McFalls said of the women who tweeted #RepealThe19th. 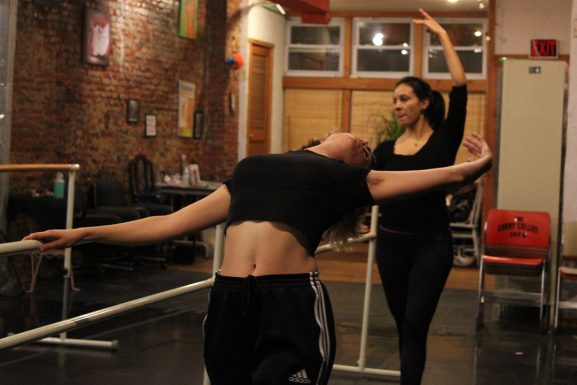 Outside of talking about how the election has and will impact women’s rights, femme. collective is looking to do a dance or a panel discussion based on the problems that have arisen in this election. On their end, the women will continue bringing attention to women’s rights, but if women want to see change, femme. collective tells all women to work with what they already have.

— Text, video and images by Shealyn Kilroy and Julia Jablonowski.

The Rickmers Seoul ship is just one of the many ships to dock at the Tioga Marine Terminal on the Delaware River in any given week. Nearly 92 percent of these ships are visited by [continue reading…]

Regarded as one of the best high school basketball leagues in the country, the Philadelphia Catholic League presents some of the toughest competition anywhere. But for those old enough to remember the glory days of [continue reading…]