Derek S. Green is now a councilman-at-large member. Green has been in the position since January 2016 after having won both the 2015 primary and general elections.

Green is a graduate of the University of Virginia and Temple University School of Law. Before his involvement with Philadelphia politics, he practiced law in Pennsylvania and New Jersey. He specialized in housing and economic development and has served as the deputy city solicitor and assistant district attorney for Philadelphia.

He later became special counsel to councilwoman Marian B. Tasco. During that time, Green helped to draft legislation and manage council hearings. He also looked over local, state and federal laws and served on the counsel to the Philadelphia Gas Commission.

Philadelphia Neighborhoods had the opportunity to find out how the Councilman is taking to his new job. 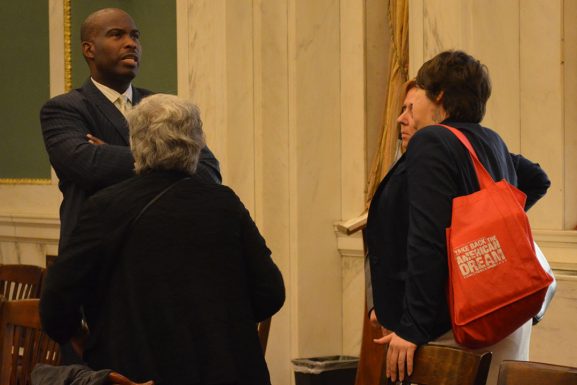 How does your background in law help with your career in City Council?

Being an attorney has definitely helped me in regards to being able to read litigation, to analyze positions before and know the different issues. I think having that type of training helps you in this environment, where you are writing laws.

When I came out of law school, I was at the Attorney General’s office in Delaware for about two years, then the District Attorney’s office here in Philadelphia. Then, I was in the law department where I used to represent the office of Housing and Community Development and some of the other economic development agencies in the city.

What was your experience like with Councilwoman Marian B. Tasco?

It really gave me an opportunity to see all of the city in a lot of different ways. When you work in a specific department of a city you tend to focus on those issues.

When you work on City Council, you focus on all the issues of the city. From issues of public housing, you look at economic development, land use issues, blight, public safety, health care issues, you name it.

We get involved in all of the issues from a public policy perspective and how can we, as a city, be the best with the resources that we have to help the people of Philadelphia with their issues and concerns. 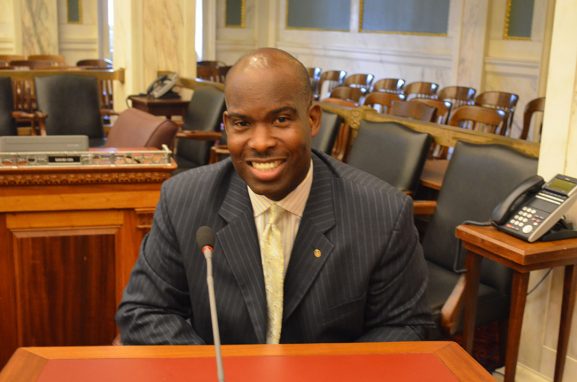 What are some initiatives you’re working on currently?

My 15-year-old son is autistic so I’m actively engaged in the Philadelphia Autism Project and providing funding for that initiative that was started by former Councilman Dennis O’Brien.

We often focus on two areas of the autism spectrum. You hear a lot about children and maybe adolescents but you hear less about children ages zero to five and when they age out of services. So, I’m trying to identify how we can help parents, caregivers, and others provide services for children who age out of the school district.

On the other end of the spectrum, trying to help pediatricians in the city of Philadelphia, parents and caregivers better identify whether or not their child is on the spectrum. Because the earlier you identify if your child is autistic the better you are able to get the resources and benefits moving forward.

What do you see to be some of the largest issues in the City of Philadelphia?

Poverty. One way to address that is to grow the number of small businesses in our city. A lot of it is interconnected. With the Commerce department, working with their new initiative that provides access to capital for small businesses.

With my experience as a small business lender, with Meridian Bank, I was based in North Philadelphia. An issue they often have is their inability to get loans, they may not have the best credit. If these businesses are able to grow their business, then their employees are now able to invest in their neighborhoods, their homes, and increase the property value which adds resources to their school district. It’s all interconnected. 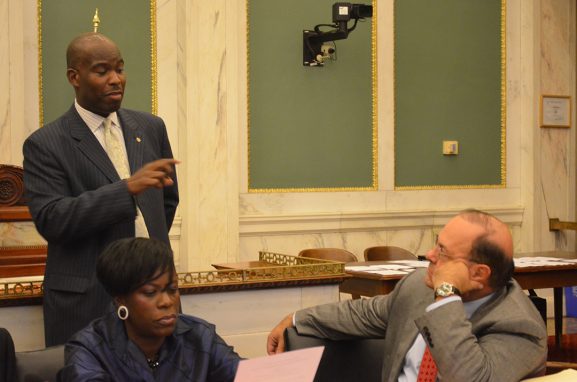 What are your goals for the City of Philadelphia?

To continue the groundwork that has been laid by former mayors: Mayor Nutter, Mayor Street, and Mayor and Governor Rendell.

So we had a lot of great initiatives coming to the city, a lot of hotels are being built which is helping our economy and tourism, drawing people to the city. If you step outside, hearing foreign languages outside of City Hall isn’t an odd thing. Go back 20 years ago it may have been. Now, you hear all types of languages because the city is attracting more and more people.

– Text and images by Elly Perlowitz and Aish Menon.

In January 2016, Jim Kenney transitioned from his 23-year-run in Philadelphia’s City Council to become the 99th Mayor of the city. One of Mayor Kenney’s tasks is to ensure that the city is filled with [continue reading…]

A City Council committee recently amended a series of bills aimed at tenant relief for those facing eviction. [continue reading…]