W.B. Saul High School of Agricultural Sciences will renovate their greenhouses, thanks to a $95,000 donation from The Hamels Foundation, co-founded by former Philadelphia Phillies pitcher Cole Hamels and his wife Heidi.

Teacher Lisa Blum runs the greenhouses, which have been in need of repair for some time now.

“It’s been a frustrating 14 years here with systems that are hot in the summer and cold in the winter, and open to the sky,” Blum said. “Wind comes and blows off some of the windows. Squirrels and birds live in here. And mice. It is hard to produce a really healthy plant when you’re in those kind of circumstances. So, any kind of relief would be great, but this amount of money is phenomenal.” 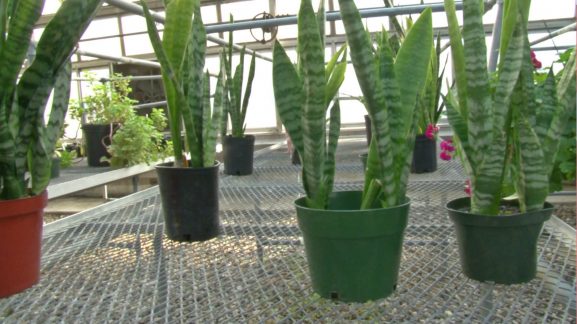 It’s no secret that public schools in major cities throughout the country have suffered over the past few years, especially here in Philadelphia, where 23 schools were shut down due to a lack of funding three years ago.

Barbara Strain is a graduate from Saul High School, a public school, and the president of the Alumni Association. Strain has noticed the difference of funding since she was a student.

“When I came here about 35 years ago, things were a lot different because the Philadelphia school system gave a lot more,” Strain said. “The funding is limited as opposed to what it was 30-something years ago. The school works with very little money but does so much. As alumni, we took it upon ourselves to start a nonprofit. Our goal is to get sponsors to donate to us so we can give back to the school.”

Because of the recession the country has experienced in recent years, there is a lack of funds throughout the state and city of Philadelphia, and public education is suffering.

“Recently, the Alumni Association scraped together our money and we got a new school sign,” Strain said. “We have not had a school sign in front of the school for many, many years. We were lucky enough to have Cole and Heidi Hamels to stand in front of our sign for a picture, so to me, that meant the world.” 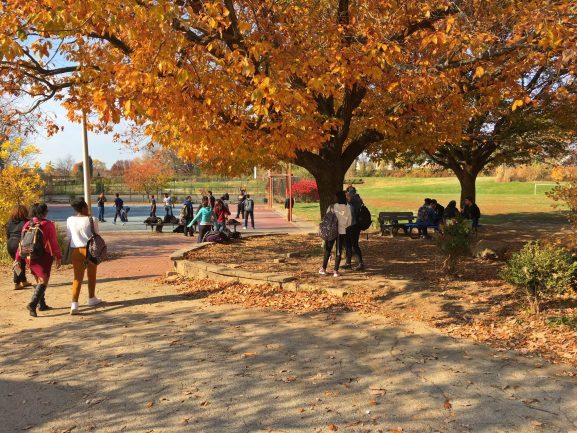 According to Strain, the Alumni Association is currently fundraising for two projects. One is to repaint the school’s dairy barn, which she says hasn’t been painted in 20 years. They currently have 50 of the approximately 200 gallons that would be necessary to repaint the barn.

The other project is an alumni garden, and the association is selling brick pavers to alumni.

“We’re doing the pavers that have people’s names,” Strain said. “We’ll print whatever you want on the bricks.”

Consignment stores have become an increasingly popular retail destination, however, these stores often do not often target a certain demographic: plus-size women. Hoping to change that, Brewerytown businesswoman Adrienne Ray (below) decided to open her exclusively plus-size consignment shop, Curve […]

More than 200 volunteers came out this weekend to Olney Charter High School to clean and paint the school’s greenhouse and classrooms, and work on the baseball field. As part of Comcast’s 11th Annual Comcast […]

Through a blend of two distinctive artistic disciplines, 23-year-old Camille Gamble seeks to illustrate the significance of everyday human interaction that many folks often take for granted. The recent Temple University graduate calls her concept, […]