Finding the time and energy to maintain one’s property can be a daunting task in a city like Philadelphia. In certain neighborhoods, having “curb appeal” can be as simple as not having a pileup of trash on your sidewalk. For the many local groups involved with the Pennsylvania Horticultural Society’s Tree Tenders program, beautification takes a backseat to utility and ecological impact.

“Millions of trees in this city,” Lidiak said. “A few arborists can’t maintain them all.”

The fact that organized projects help bring the members of the community together is a secondary, and quite welcome, consequence as well.

According to a report from The Nature Conservancy, particulate matter or air particles corrupted by fossil fuel pollution can be reduced by urban tree planting. Particulate matter causes about 3.2 million deaths per year globally, a number that will nearly double to 6.2 million in 2050 as population numbers continue to escalate. As overpopulated cities become more of an issue, street trees around the world actually decrease the temperature of a city while providing shade, which in turn will lower energy costs. 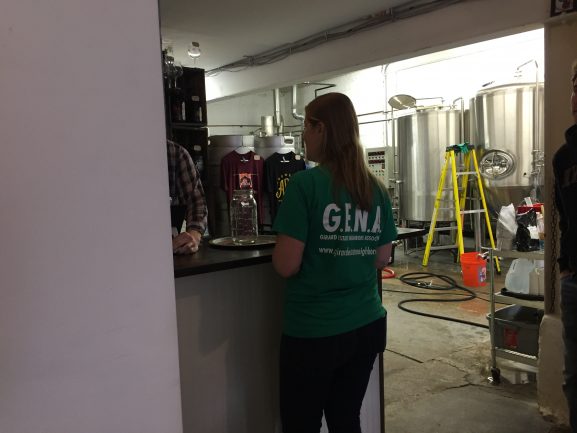 Ellen Roane, the community forest program specialist for the Pennsylvania Department of Conservation and Natural Resources, affirms the benefits in the short-term are beautification and community building. In the long-term, tertiary benefits like the reduction of ozone production from cars parked in the shade or the purification of water through the soil make mass plantings a low-risk/high-reward proposition.

Even economically, the effects fresh greenery can have on an urban center can be hard to ignore.

Evan Silverstein, a tree planter and one of the organizers of the Earth Day planting around Newbold and West Passyunk, has encountered more resistance from residents than he expected. On April 22, his group of between 20 and 30 started at Stephen Girard Elementary on the 1800 block of Snyder Avenue and made its way to spots like Melrose Diner before being cut short by rain. The group spent time planting trees in planter boxes throughout the neighborhood and on sidewalks, often by request of the homeowner or property owner.

“There’s still a very vocal part of the South Philly community, a lot of the older residents, who associate the trees with messing up their plumbing,” Silverstein said. “[For them, it’s] just a nuisance where they have to clean up the fruit and leaves that fall.” 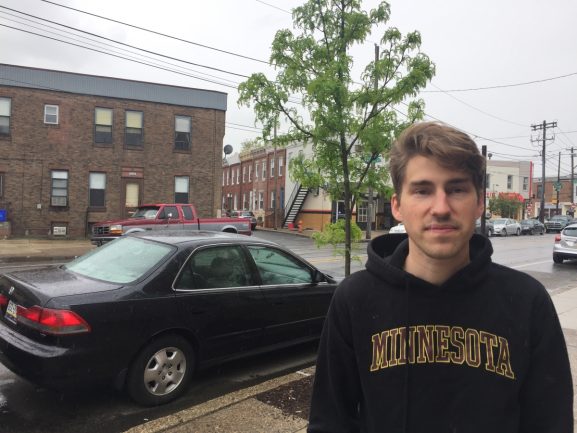 After the event, much of Silverstein’s group met up at local watering hole Brewery ARS, run by West Passyunk residents Sean and Andy Arsenault. There, Lidiak and Tom Hawthorn, the green chair of the West Passyunk Neighbors Association, met up with some fellow green thumbs over some afternoon beers. Also present was Jack Reese (pictured above), a local resident who got involved after applying to plant a tree in front of his home, and Girard Estates Neighbors Association board member Dana Mitchell.

Planting trees can be a cost-effective and healthy way to reduce the effect heat can have on city streets as well as to increase the comfortability of the average stroll down Catherine Street.

“On a hot day, you don’t walk on the sunny side,” said Southwest Center City Tree Planters member Tanya Seaman. “You probably walk on the shady side.”

It’s a simple idea for negating the effects of pollution in an urban center. Trees provide fresh air and storm drainage for a vast interconnected mass of streets and alleys that day after day are pummeled by car exhaust and construction crews. This green philosophy is largely proliferated by community organizations and a collection of volunteers.

“Until trees are regarded as infrastructure, every bit as vital to community life as the roadways, sidewalks and utilities we rely on, tree care programs will never be funded at the level needed to employ professional staff to properly manage the resource,” Roane said, echoing Lidiak. “While trees actually appreciate in value as they mature as other infrastructure depreciates in time, trees are still regarded by most municipalities as a nicety rather than a necessity.”

Roane’s role, one of the few in either state or federal government whose job is to manage and uphold the ideals of a modern green city, is seen by some as vital. In that regard, she says Philadelphia is right on track.

“In general, the larger cities across the country are far more advanced than smaller communities in terms of building robust and fully functional shade tree management programs,” Roane said. “Philadelphia has definitely embraced the value of green infrastructure to the life of the city and has developed an excellent plan integrating the various city departments and non-profit organizations.”

For now, that plan moves along at its own pace, so often mapped out as a group at neighborhood association meetings and squeezed in between dropping the kids off at soccer practice or taking out the dog for a walk through Point Breeze. That collection of community volunteers continue to function as the local and state governments’ third arm, or green thumb, tamping down the fresh soil with the back of their spades to help counteract their impact on their own environment.

Bangarang is making a name for itself in Philadelphia’s subculture community. As an art collective, Bangarang is a group of various types of artists who have a common goal of  promoting and supporting artist expression. In order [continue reading…]