Javier Rivera is the director of community improvement projects and operations at Ready, Willing & Able, a program that helps criminals, addicts and homeless individuals re-enter the workforce. A graduate of the program in 1997 in Harlem, N.Y., Rivera has risen through the ranks, holding supervisory positions before becoming director.

How long have you been with Ready, Willing & Able.

I’ve been working for the program for 20 years.

Have you been in Philadelphia that long too?

I’ve been in Philadelphia going on 17 years already. Before coming here to replicate the program in New York here in Philadelphia, I was actually employed with them for about two and a half, three years.

Did you ever plan on doing something like this as a career?

No, I didn’t ever plan on doing anything like this. I don’t have a degree, but I did go to a trade school to get experience as an automotive and body expert, that kind of thing. But I was a part of the service industry for multiple years. I worked at the Ritz Carlton as a supervisor of their valet services, and I’ve working here for so long with service of others.

What was it that drew you to Ready, Willing & Able?

I’m a graduate. I was a client here pretty much. I became homeless because of addiction. That’s how that occurred. I was homeless and I found out about The Doe Fund through some people at the Salvation Army, which is the place I initially went when I became homeless. I did their Salvation Army program which created structure, but I felt like I needed something else. That came about in the way of work training, which is what they offer here, the soft skills: getting up in the morning, making sure you report to work on time, having the coping skills to deal with issues at the workplace, having a work ethic and learning what it’s like to get a job and keep it. It all focused basically on ensuring you’re livelihood. 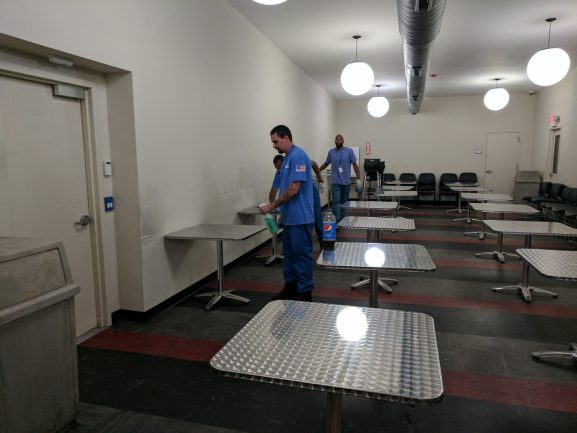 What exactly does the program entail?

These guys that are here, work isn’t the only thing they’re doing. It’s a holistic approach. These guys are required to create a savings account because we pay them for the work that they do. They’re required to attend recovery management classes. We have guys here that are required to fill a lot of positions that people don’t know about because we are self-managed. We have the security department that works here around the clock, we have a kitchen services department that provides three meals to the guys. We have 46 guys out in the field, but the rest of them are fulfilling these spots doing things that people don’t see.

How long do people usually stay in the program?

It’s a nine- to 12-month residential program, and we tell people that it’s not a treatment center. It’s workforce development, that’s what it’s all about. But we do require the guys to attend IOPs [intensive outpatient programs], to make therapist visits and engage in other treatment programs. Here, we don’t treat addiction. We go by the motto that “work works.” That is a therapy in itself. We get reports from our supervisors out in the field telling us they’ve given up, they have problems with society, they’re not getting along with the other guys in the crew. Those are all things we like to address while we’re here. We know they need to get over that hurdle.

Do you think this program helps these guys just as much as the work they’re doing helps the communities they’re giving back to?

Definitely. The whole experience of the men going out in the field really gives them a chance to work on themselves while they’re out there. I like to say that that blue bucket they push around while they’re doing cleanups talks to them. It makes them think, “How the hell did you get yourself in this situation?” There’s a time to reflect on that, and there’s a time to build on that and create a better life and a better future yourself. This is one of the ways to do it. 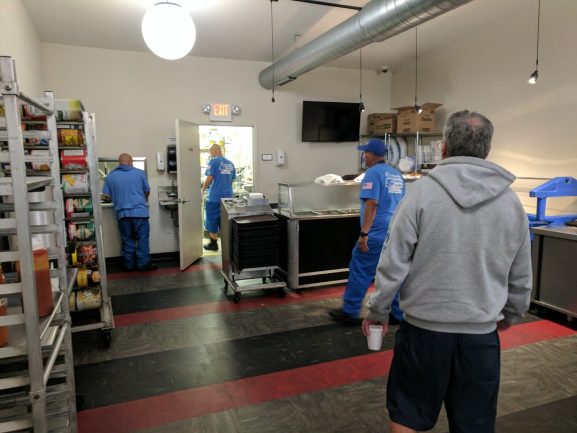 Yeah, I grew up in Brooklyn, and I’m a native from New York, but I love this city [Philadelphia]. I’ve been able to do things here that would’ve been real difficult, as far as purchasing a home, putting our kids through college. I bought a home right behind Temple University in a new development over there. Now my daughter’s on her way to higher education. The way the whole thing played out really feels like a miracle, taking that giant leap to get married, have a family, have children. Does this city have challenges just like any other city? Of course it does. What metropolitan city doesn’t? But I could never bash this city. What makes it special is what I’ve been able to do here.

When you were going through the program, was there a project or experience that had a strong impact on you?

Oh yeah, absolutely! Before I was a supervisor, I did what the guys are doing right now. There’s nothing we ask our men to do here that I haven’t had to do. I know how to work with commercial BOB-CAT mowers, I know what it is to work with power washing equipment, I know what it is to work with custodial equipment. But that doesn’t mean anything to me if I don’t pass that on to the men who are coming through the program. It’s the fact that I’m working with someone who’s in our program and has been clean for 30 days, so my 18 years of sobriety doesn’t mean anything. I have to look at that gentleman who’s coming in here and show him what he needs to do to get to where I am right now. That’s the thing I love the most about this.

-Text and images by Jonathan Ginsburg

For over four years the Radio 104.5 Summer Block Parties Series has called The Piazza at Schmidt’s its home. The 80,000 square foot open-air plaza has hosted popular artists and bands such as Cold War [continue reading…]

After lunch is finished on Thursday every week, guests at Broad Street Ministry (BSM) begin to make their way downstairs. Immediately, the stations to collect personal care items and mail are swamped. The slowest station [continue reading…]