As a young child in Liberia helping her mother and aunt in the kitchen, Nafisa Sillah stumbled upon her passion for cooking.

“I would mess up the food but I would fix it, cook, cook, and then, I just enjoyed it,” Sillah said. “I would cook and feed everybody, even if I don’t eat.”

Once she moved to the United States to escape Liberia’s first civil war, Sillah’s reputation as a cook continued growing. When catering for weddings, she’d sometimes serve hundreds of guests. The kitchen of her Lansdowne home was too small to accommodate all the food.

But when it came to opening a restaurant, the timing never felt right.

“Fear got in my way too, because I said, ‘oh, suppose I just open up and then I can’t make it,” Sillah said.

That changed last month, when she opened Nafisa’s Kitchen, near 57th Street and Chester Avenue.

Within the pink walls of her new restaurant, Sillah fries sweet plantains and brews cold hibiscus tea. She cooks cassava leaf, a steaming green stew served over basmati rice. While Liberian cuisine stands out on the menu, it’s not just for African customers, Sillah said.

“I got fish, I got chicken, I got lamb, I got vegetables, I got fried rice, you know, anybody can eat that,” Sillah said. “They don’t have to be African.”

Sillah’s nephew, Abu Waggeh, always considered his aunt to be a good cook. But now, he thinks Sillah’s restaurant can provide not only good food, but inspiration for the local community.

“It’s beneficial, definitely, to have businesses in neighborhoods that people, you know, might have like, the stigma, or dogmatic sentiments towards,” Waggeh said.

Nafisa’s Kitchen is one of several immigrant-owned businesses that currently line Chester Avenue — along with a Dominican beauty salon, a Jamaican Restaurant and a newly opened African market.

But Sillah didn’t notice any African restaurants on the avenue, until she opened her own.

The city’s West African population is visible in some corners of Southwest Philadelphia. On Woodland Avenue, markets offer potato greens and dried fish; sometimes, the corridor is referred to as “Little Monrovia.”

On Chester Ave., where Sillah established her restaurant,  African and Carribbean owned stores are present, but fewer and farther between.

One organization is working to help more businesses set up shop on the avenue cutting through the Kingsessing neighborhood.

Perched above an African hair braiding salon near 55th Street and Chester Avenue,  the African Cultural Alliance of North America can be easy to miss. But ACANA has been providing services for African immigrants since 1999.

“We came together with the knowledge that we needed help. People needed help,” said Voffee Jabateh, ACANA’s founder who emigrated from Liberia almost three decades ago.

In some ways, it’s a hub for African immigrants, wedged into the heart of Kingsessing. 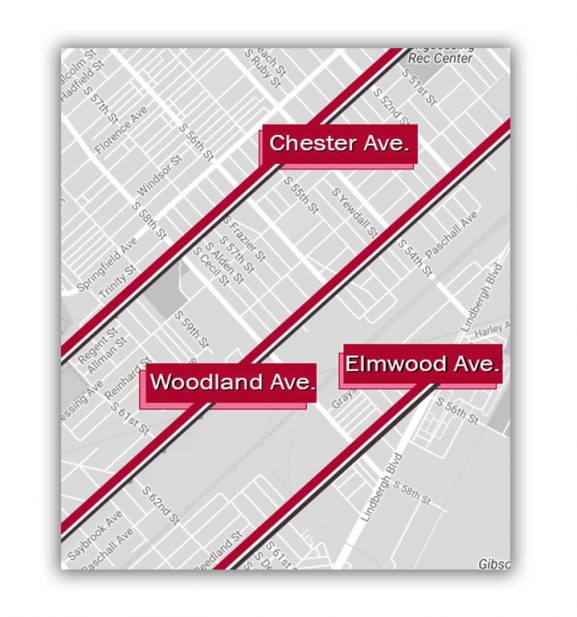 Within the past year, ACANA embarked on a new project: revitalizing Southwest Philadelphia’s commercial corridors by working with small businesses.

That’s why the nonprofit is offering free consultations for prospective business owners, like Sillah herself.

“ACANA did great, you know. They helped me out, showed me where to go,” Sillah said.

Struggling with her new business, Sillah visited Musa Trawally, a project coordinator at ACANA who directed her to the Women’s Opportunity Resource Center. Soon, Sillah had applied for and received a loan to fuel her business.

“I will forever be grateful for that,” Sillah said.

“If you bring more businesses onto these commercial corridors, the residents will have access to different types of commodities, and they don’t have to drive far away from their home,” Trawally said.

He even hopes that the project will create safer streets — a priority in a neighborhood ranked as having the second highest crime rate in the city.

In collaboration with the Women’s Opportunity Resource Center, ACANA plans to hold a “Micro Business Day” for refugee, asylee and immigrant business owners. Trawally said he expects about 200 participants. 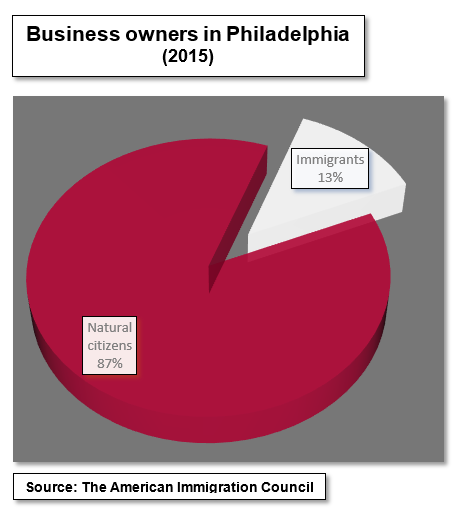 An immigrant himself who left Liberia in 1997, Trawally thinks owning a business can be empowering for immigrants.

“Once you decide to establish in a new environment you have to find ways to assimilate yourself into that culture,” Trawally, said. “And if that assimilation means you work or go to school, find a best fit. And, if you believe in business, it’s a wonderful thing.”

Establishing ACANA: ‘I have come’

On a November afternoon, Voffee Jabateh’s voice rang out through ACANA’s quiet headquarters. He was coaching a client as she filled out an immigration form; more than once, he reminded her to tell the truth.

Jabateh said the questions can seem intrusive for some applicants, causing them to stray away from the truth.

“One of our whole strategies is to prevent people from putting a false statement on a form that will become a problem for them in the future,” Jabateh said. “We’ve got to mentor them so that they don’t put falsehood on their forms.”

In 1990, Jabateh left his own home country in the midst of a worsening civil war.

He didn’t realize it would be permanent.

“But then, the war lingered for 14 years,” Jabateh said.

The first and second Liberian Civil Wars — an epoch of bloody violence that began in 1989 and dwindled until 2003 — pushed waves of Liberians out of the country in a search for safety.

By 1996, about 784,000 refugees and asylum-seekers had arrived to countries like Guinea and Sierra Leone. 4,609 ended up in the United States.

Jabateh arrived in New Brunswick, NJ and began to file for political asylum. It wasn’t his first time in the United States.

As a college student in Monrovia, Liberia, Jabatah had started an international trading company, sometimes leaving Liberia for New York on Thursday nights. By Monday, he’d be back in school, where he studied sociology and political science — a popular move, Jabateh said, for young Liberians seeking social change.

But as internal clashes churned, Jabateh’s ethnic background, a mixture of Mano and Mandingo, made him a target.

The breaking point came for Jabateh when he was arrested by soldiers. Upon his release, his life was threatened, Jabateh said. 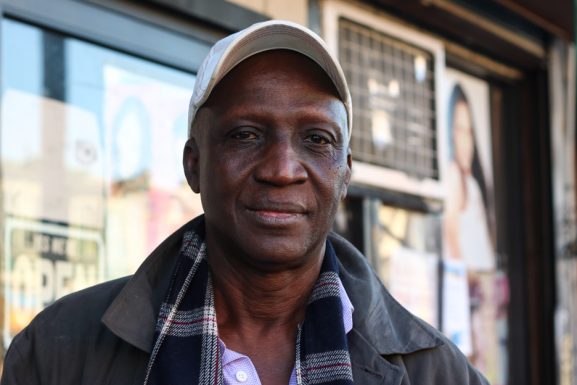 “So I just got out of the way,” Jabateh said.

Arriving in America wasn’t an instant solution. After handing in his asylum application, Jabateh was left to figure out life in a new country.

Connecting with other immigrants — people he knew from back home and new coworkers —there was talk of forming an arts organization, Jabateh said. Soon, the idea expanded: Jabateh had hopes for a support system for Liberian immigrants.

Today, ACANA assists not only Liberians, but African and Caribbean immigrants.

“It quickly snowballed into demand for other services,” Jabateh said.

In the 1990s, Philadelphia had established its fair share of immigration organizations — like HIAS Pennsylvania and the Nationalities Services Center. But none, Jabateh noticed, focused specifically on African immigrants.

“They were providing the service model based on ‘the jacket fit all,’” Jabateh said. “I don’t blame them, because they were not designed specifically to provide for our community as such.”

One hurdle to overcome for Liberian immigrants, Jabateh said, was the language barrier. While English is Liberia’s national language, Liberian English has an accent of its own.

“And this pattern of English was not known to many of the mainstream providers,” Jabateh said.

The disparity between the two speaking patterns is enough to create confusion for immigrants seeking services, Jabateh said.

But ACANA’s location in Southwest Philadelphia is ideal, Jabateh said. The Global Philadelphia Association lists the area as a popular home for African immigrants.

“This is the destination of choice for, African, or many of us Liberian immigrants,” Jabateh said.

Since settling in the United States, Jabateh has been asked to return to Liberia: this year, he was asked to run as Liberia’s vice president, alongside current vice president Joseph Boakai.

But Jabateh chose to stay in the United States. It would be difficult to leave, he said, after starting ACANA.

“I would not have had the idea what role ACANA would play in community development,” Jabateh said. “That imagination was way out of my league.”

And as she continues cooking on Chester Ave., Sillah said she feels optimistic about her new business. 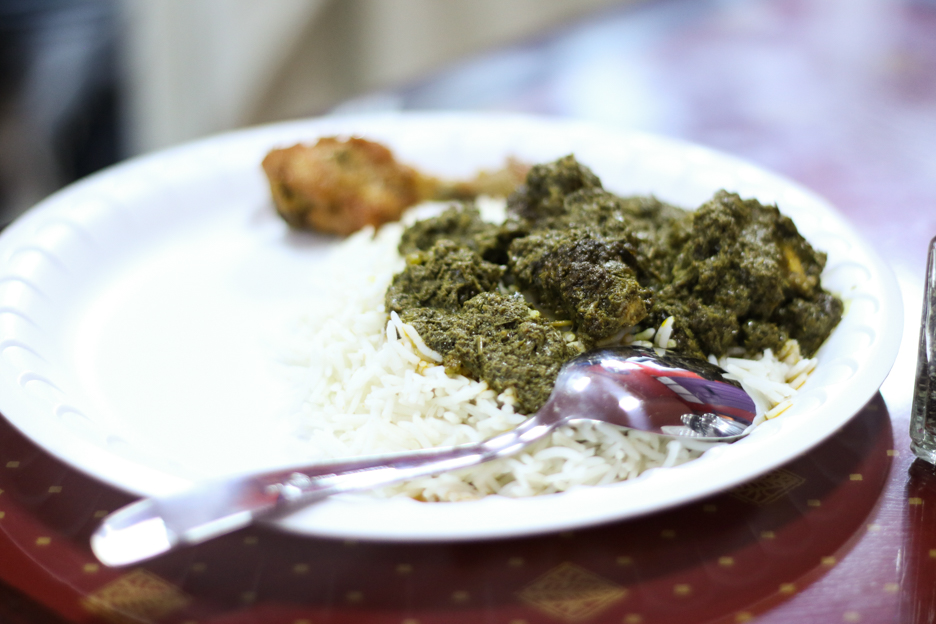 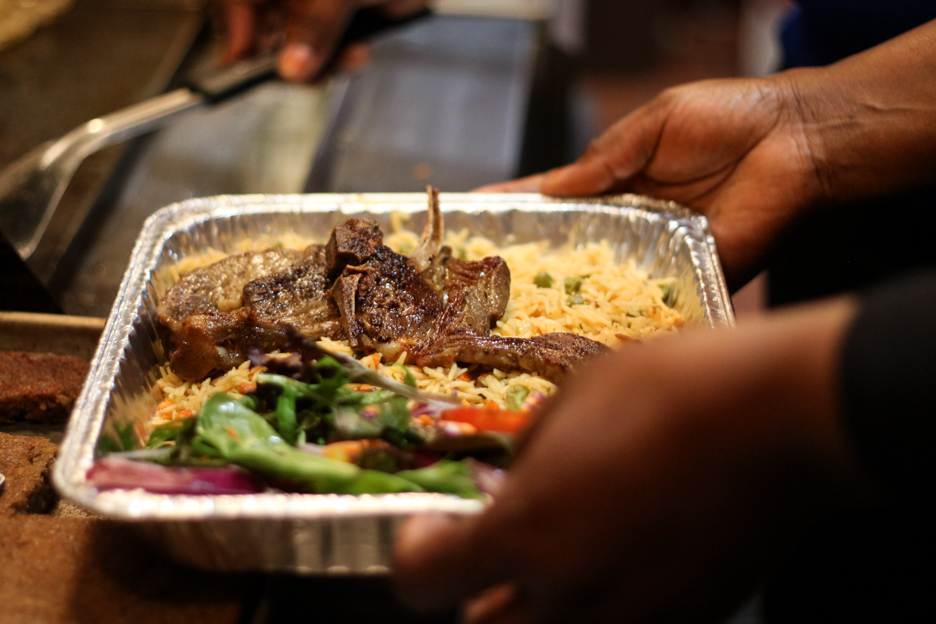 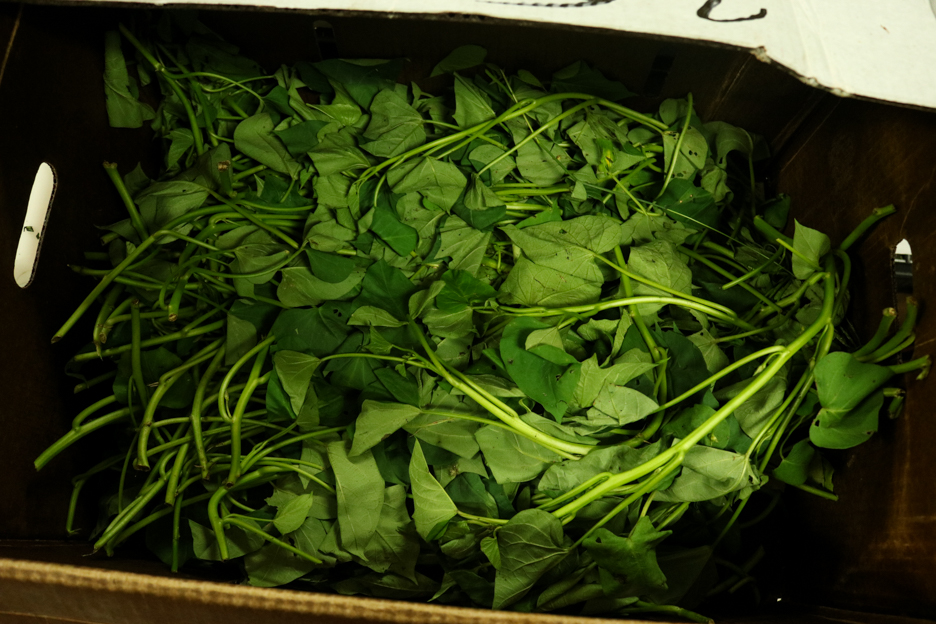 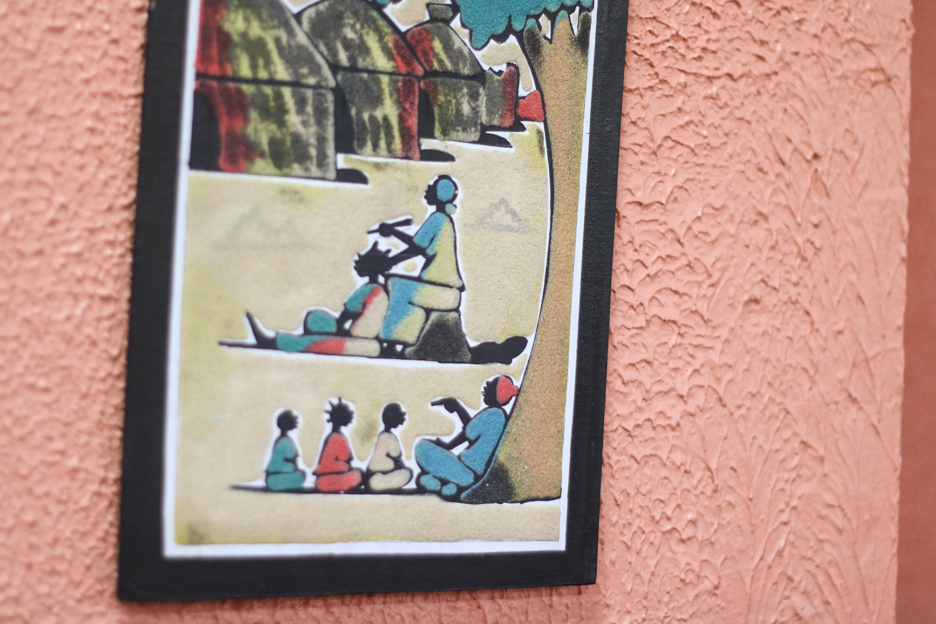 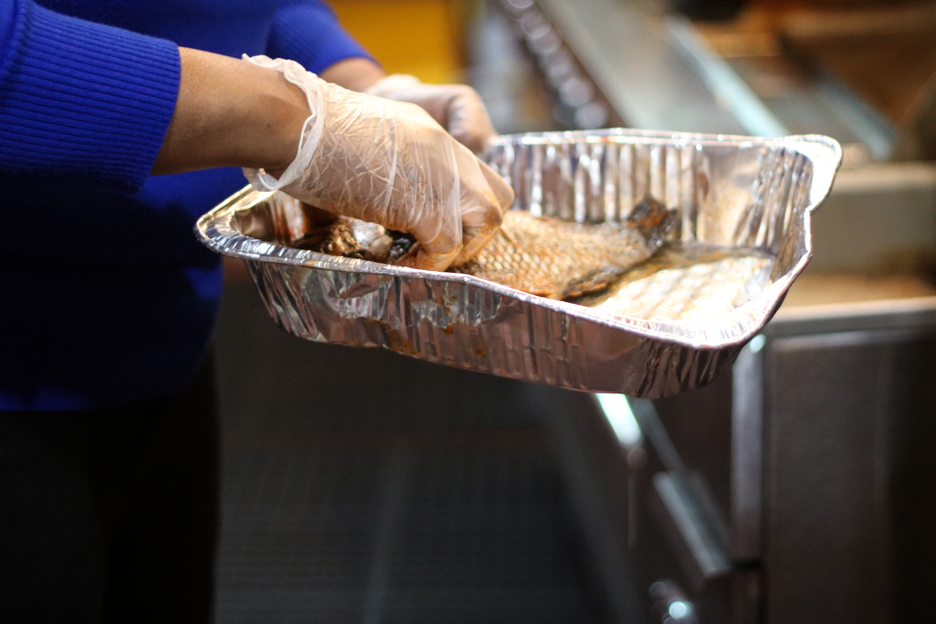 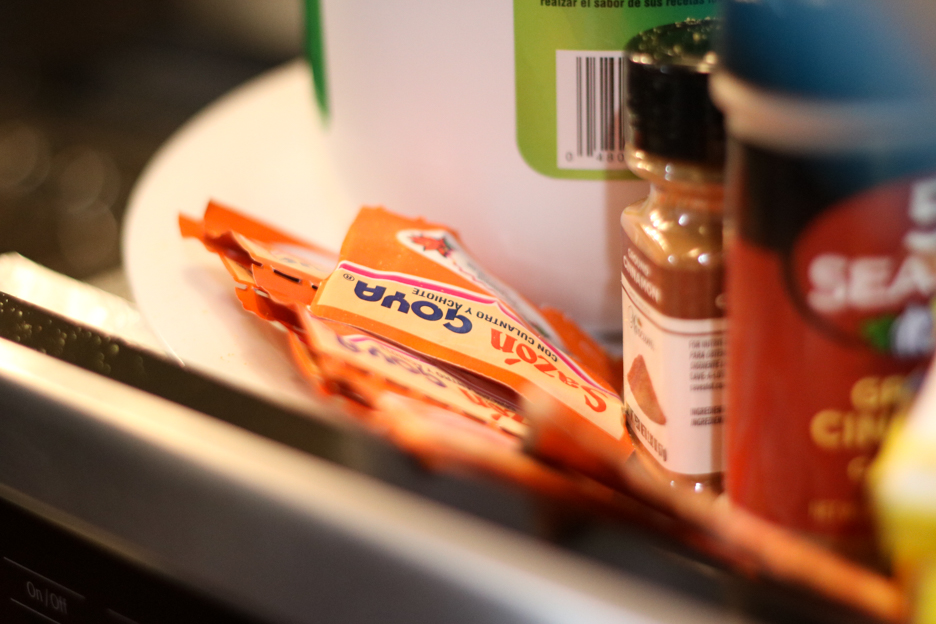 <
►
>
Potato greens, common in Liberia, can be found in African stores, like this one on Woodland Ave. Sillah shops for supplies, like cassava leaf and palm butter, at local African stores.

JD Korejko, better known as Johnny Destructo, recently opened up his Hero Complex shop in Manayunk to sell his collection of comics, action figures, T-shirts and personal illustrative art. He has been an avid comic book fan [Read More]

There are a lot of fun things to do in Philadelphia, but for the amateur athlete who loves to run, there are many unique ways to get involved. Whether it’s dressing up in your favorite [Read More]